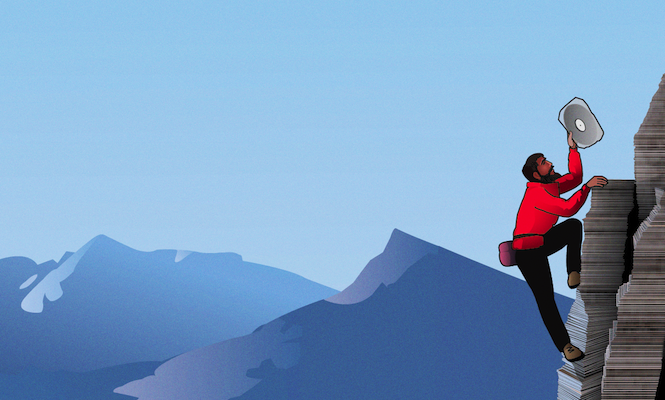 Our Crate Diggers series profiles record collectors across the globe. After probing Motor City Drum Ensemble on his most personal records and entering the bizarre world of Jonny Trunk, we interrogate producer and Proibito boss Anthony Naples about his deepest digging habits. First I was buying CDs because records were kind of “out” and I was ten and I didn’t care about these big outdated discs. Then when I got to 14-15 or so, I realized that CDs could be replicated by anyone and I felt duped, so I went to a record store and traded in 300 CDs for 5 records. I started buying them because my father was an internet fraud detective… Napster, Kazaa, etc were not allowed in the house, so I just got used to buying everything that I wanted.

Like I said – I got my first record in a group of 5 and they were John Coltrane – Giant Steps, Quasimoto – The Unseen, Pink Floyd – Dark Side of The Moon, Four Tet – Rounds and Ghost Town DJ’s – My Boo with a killer Armand Van Helden Remix on the flip.

No particular philosophy, I don’t really invest in digital media at all – films, music, etc. so If I want to hear something, I have to buy the record. It’s just a habit I guess, and deep down I guess I feel a little guilty if I don’t listen to the record in the way the artist wanted, with the sleeve, liner notes, etc. It’s a full sort of experience I suppose. So anyways, yeah, no philosophy, I just buy what I want to hear, otherwise, I don’t really hear it aside from Youtube clips or whatever haha.

Once a week I go to the shops and make my rounds. If I’m touring around for a few weeks I’ll try and go in each new place if I have the time. I think I spent 170 dollars or so on an original copy of World Of Echo by Arthur Russell, which is probably my favorite record ever, but I probably wouldn’t do that again. There’s plenty of good, cheap, and undiscovered music out there still.

Hmm… maybe the record they sent up to space with Voyager I. That would be pretty sick to own wouldn’t it? Solid gold and has a bunch of animal sounds on it.

I wouldn’t save any of them, I’d get pictures, the dog, instruments, etc. Records can bought again, in the end you can still hum music in your head if you know it. The record is nice to have but I’d say there are probably more important things out there… like the dog haha. I cried when I listened to Donuts for the first time too. Actually, when that song called ‘Don’t Cry’ came on, I did! I was reading about it in this little book called 33 1/3 RPM, the whole story about how he made it – reading that, and then listening, I just couldn’t help it. RIP Dilla.

Nah, I just want the record. If the label is fuck-knows-where and some amazing record store in Upstate New York wants to press a bootleg for me to get it, I can get behind that. If the people making the music are still around, I guess it’s a little sketchier, but I still don’t mind. If someone bootlegged me, I’d be flattered. It’s just like a copy machine or something you know? You still made the music, the credit is still to the artist, but maybe the 500 or so dollars are going to an eager fan and not the label. I guess that’s a little messed up, but it’s not gonna slow me down or trip me up, I’ll definitely still buy it.

Probably Honest Jon’s overall, I think what they do is amazing and I buy everything I can find. The Trilogy Tapes as well, I don’t mean to be “that guy” but I really do like just about anything Will puts out, too.

Co-Op 87 in Brooklyn. I found a lot of amazing things in that store thanks to Ben, Nate, and Mike. Don Cherry – Organic Music Society, or anything that the Black Dice guys have done for their records together or solo.

Strangest has to be any time you go to a record store in the UK (not all stores, but a lot of them). You have to go up to the counter and ask for copies of what you want to listen to, and someone behind the counter just stares at you while you make a decision. That’s really strange to me.