Hot mess/No Fucks Given: Listen to a wild new cassette tape edit mix by Hieroglyphic Being 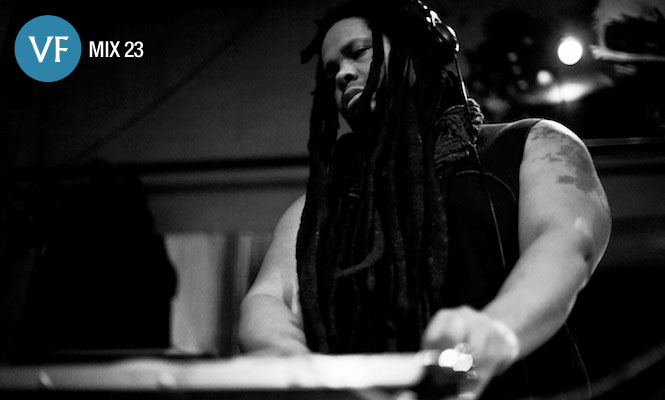 We’re deviating from the norm this week, for something very special from Jamal Moss aka Hieroglyphic Being. Rather than go all vinyl, Moss has cut together this incredible set of cassette tape edits entitled Hot mess/No Fucks Given Cassette Tape Edit mix By Hieroglyphic Being.

Drawing on the dance music legacy of his hometown Chicago, Moss rolls out a virtuoso homage to the original acid house sound of Phuture, Marshall Jefferson and Frankie Knuckles, nodding to krautrock, industrial music and the sci-fi techno of Detroit’s own prodigal sons along the way.

A follower of the original Afro-futurist Sun Ra with a similarly experimental, DIY aesthetic, the mix marks the vinyl release of The Acid Documents on Soul Jazz Records, originally only available on hand-made CD-Rs that were limited to 100 copies.

Click here to order your copy of the coloured, double vinyl and listen to the mix in full below.

Watch Ryoji Ikeda and Carsten Nicolai give a rare live performance as cyclo.