Beyond Bowie: The mutating art-pop of Sparks in 10 records 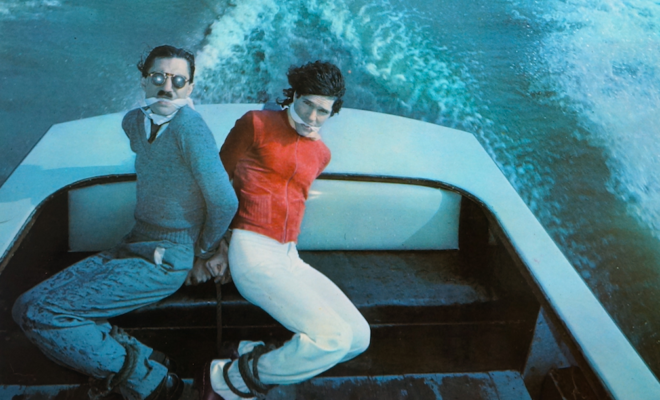 The career of Sparks is a strange one. Brothers Russell and Ron Mael adopted glam rock and then synth-pop with daedal lyrics and absurdist showmanship. Forever teetering at the intersection of art, pop and theatre, the duo have never settled on one sound or shape.

From Morrissey to Björk, their influence runs deep and yet the full expanse of a catalogue stretching over 45 years is still under-appreciated. Martin Aston is here to put that right in 10 essential records.

As a famous ad campaign in 1977 put it, “there’s old wave and there’s new wave and there’s David Bowie.” The same sentiment applies to LA siblings Ron (keyboards, songs, moustache) and Russell (voice, hair, looks) Mael, a.k.a. Sparks, who had their first hit records in the UK after Bowie (and Marc Bolan) had spearheaded glam rock, before reinventing themselves as a synth-pop duo in the new wave era, while sounding remarkably unlike any of their peers in either era.

Though they endured a fallow Eighties (albeit not as drastic a fall as Bowie’s), they came good again in the Nineties, and remain beloved legends, who do daft things like play every album they’d made (21) in (almost) consecutive nights (June 2008) and compose musicals (album number 22, The Seduction Of Ingmar Bergman) about angst-ridden Swedish filmmakers. In celebration of their forthcoming remastered vinyl box set Sparks: The Island Years (comprising four albums, 1974-76, plus the compilation The Rest Of Sparks), here are ten albums that underline how there’s old wave and there’s new wave, and there’s Sparks. 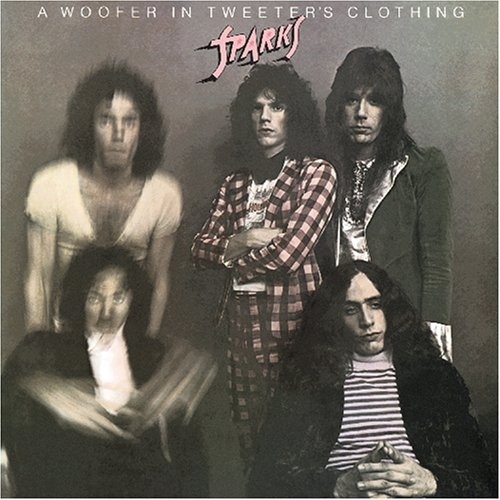 When Morrissey – a besotted Sparks fan in his teens – chose a track for his Under The Influence compilation, he chose a totally unknown demo (circa 1968), ‘Arts & Craft Spectacular’: the five-piece band weren’t even Sparks then, but Halfnelson. “Who on earth would write a pop song in such a way?” Morrissey wrote. “A song about an arts and crafts competition where ‘lovely Claudine Jones/has to come to push her quilt’… There is no category for this madness.”

Even more so given Russell’s stratospheric falsetto tendencies and how Ron’s arrangement fuses marching-band staccato to psychedelic bubblegum. But the album was never released, and they made another, Halfnelson – reissued a year later as Sparks after they’d changed names. But it’s their second album A Woofer In Tweeter’s Clothing that rules their pre-Island label period.

In songs, performance and concept, it’s the strangest pop, showing the boy’s Anglophile tastes (The Kinks, The Who, Sixties psych) but also influences from continental Europe, such as a a cover of ‘Do-Re-Mi’ from The Sound of Music, played totally straight. Other bizarre scenarios include ‘Girl From Germany’ – parents haunted by the war are traumatised by their son’s choice of girlfriend; ‘Here Comes Bob’ – meet friends by running your car into theirs; and the self-explanatory ‘Whippings And Apologies’; with ‘Moon Over Kentucky’ – the most haunting of its many tunes, more alien than anything Ziggy Stardust got his hands on. 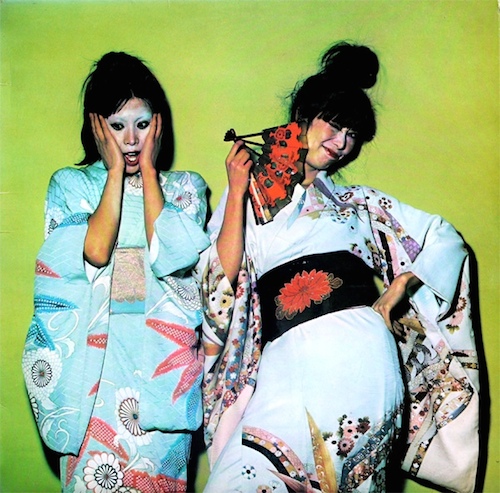 The band’s first European tour of 1972 had prompted Island to sign Sparks, enabling the Anglophiles to relocate to London, where they assembled a new Sparks. Island A&R chief (formerly of groovy Sixties beat combo the Spencer Davis Group) Muff Winwood produced, and either because of him, the new line-up or the thrill of recording in Britain, Kimono My House shook out the musical kinks and rocked out – though the beguiling lyricism, Russell’s vocals and Sparks’ overall mutant oddness remained.

Now real sparks flew, such as lead single ‘This Town Ain’t Big Enough For The Both Of Us’, with its Heartbeat, increasing heartbeat / You hear the thunder of stampeding rhinos, elephants and tacky tigers image before real gunshots rang out and the band crashed in. A number two hit! ‘Amateur Hour’ (girls have to teach boys the facts of life) also made the top ten. Also take note of the first song ever about a bungled suicide pact (he jumped; she changed her mind) on ‘Here In Heaven’, and two operatic epics, ‘Thank God It’s Not Christmas’ and ‘Falling In Love With Myself Again’. 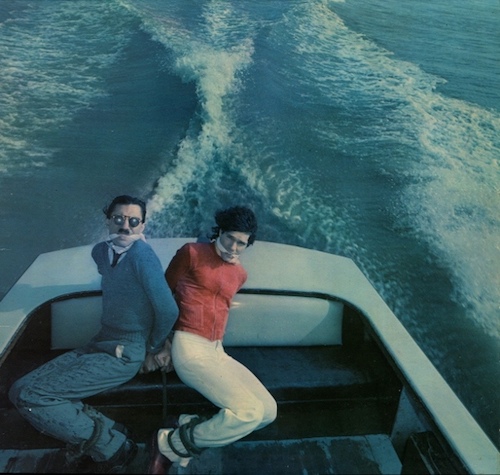 Propaganda resembled a Kimono My House sequel, since it followed just nine months later; that was the nature of pop in those days. Progress was still made, such as the opening title track, 22 seconds of giddy a cappella before ‘At Home At Work At Play’, the album’s ‘This Town…’ crashed in, much like stampeding rhinos.

Fired up by their chart success, Propaganda was even more forceful than its predecessor, and equally entertaining: witness the De Sade who makes good tea in ‘Don’t Leave Me Alone With Her’, which resembles a mad East European hoedown. The album’s second single was another advance, a ballad ‘Never Turn Your Back On Mother Earth’. There are songs about a jilted man hopes to take revenge on his new rival by passing on his illness via his ex-girlfriend (‘Achoo’) and an anthemic finale about the end of the world, titled with typical Mael humour (‘Bon Voyage’). 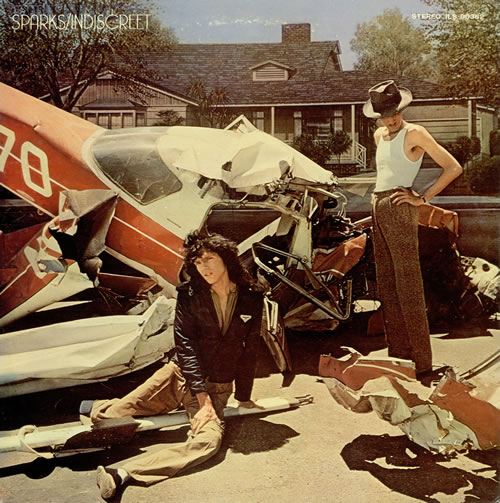 Sparks’ third Island masterpiece signalled a changing of the guard, with a re-jigged line-up and much more restraint, replacing hyperactive mania with eclectic mania as Ron’s creative juices ran rife through a spread of opulent period parodies: jazz swing (‘Looks, Looks, Looks’), country barn dance (‘It Ain’t 1918’), string quartets (‘Under The Table With Her’), Dixieland (‘Get In The Swing’). Rock music still makes its presence felt on ‘Happy Hunting Ground’ and ‘How Are You Getting Home?’ while the opening ‘Hospitality On Parade’ is one of the Maels’ most addictive tunes. Oh, and there’s a song entitled ‘Tits’. 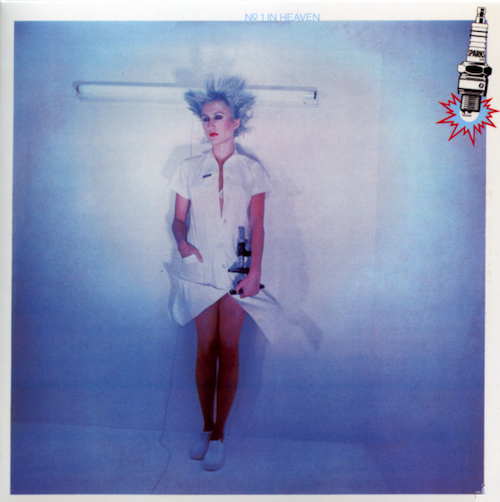 Sparks
The Number One Song In Heaven
(Virgin, 1979)

Sparks’ post-peak slide into diminishing returns and even caricature are represented by the patchy pair Big Beat (1976) and Introducing Sparks (1977) before form was restored by a band-free advance into electronic dance, inventing the concept of the synth-pop duo – one singer, one background keyboardist.

It’s become the blueprint for pretty much every subsequent Sparks release, as the Maels sought the economic comfort of home-studio self-sufficiency. Ron’s layered sequences and synthesisers were greased by European electronic maestro Giorgio Moroder, who helped rearrange some songs for maximum aerodynamic thrust. The result more matched Moroder’s Midnight Express soundtrack than his Donna Summer collaborations (and note how the arrangement of My Other Voice predates Queen’s Radio Gaga), and the Maels’ endearing quirks were less like miniature weird vignettes, but these simple, throbbing slabs of Teutonic disco suited them very well. 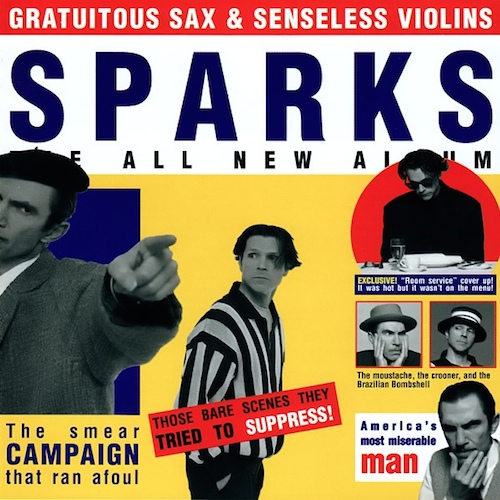 Sparks’ next seven albums churned out over the next eight years are still, for me, a case of not knowing how to exist in a changing pop climate; the electronic format was ceaselessly adapted, and even incorporated that horribly dated and gated Eighties drum setting, showing the Maels were following trends rather than make their own.

Eventually, they took a six-year break before returning with Gratuitous Sax And Senseless Violins. The 32-second a cappella intro Gratuitous Sax harked back to Propaganda but the following ‘When Do I Get To Sing “My Way”’ – noticeably their first UK Top 40 hit since ‘Beat The Clock’ 15 years earlier – was a swishing house-musical update of what made their Moroder collaboration a triumph. The strings-synths and spoken-word verses of ‘(When I Kiss You) I Hear Charlie Parker Playing’ had to be as influenced by Pet Shop Boys as the latter duo had been smitten by Sparks; ‘Let’s Go Surfing’ – were there two boys from LA be more unlikely to go surfing than the Maels? – was the most house-y track of all, before ‘Senseless Violins’ pointed to the neo-classical excursions to come. 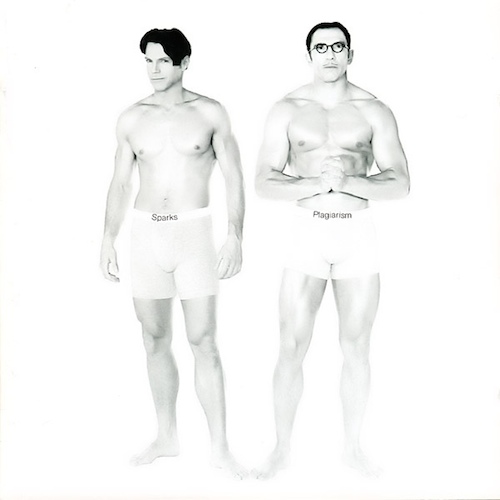 By “neo-classical excursions”, I don’t mean ‘This Town Ain’t Big Enough For The Both Of Us’ and ‘Never Turn Your Back On Mother Earth’ rearranged for strings. Plagiarism was the Maels’ way of squeezing sparks out of their back catalogue, covering their own songs with a bunch of guests, such as ‘Something For The Girl With Everything with Faith No More ‘singer Mike Patton bellowing along.

It was an acquired taste, even for Sparks fans, with the sense that Plagiarism was a stopgap, a jape, a commercial gambit. But ticked many good boxes too – a synth-pop ‘Amateur Hour’ with Erasure, a dreamy ‘The No.1 Song In Heaven (Part Two)’ with Jimi Somerville, an extended ‘Propaganda’ with proper opera singers. It’s daft, really, and probably only for fans who know the originals backwards, but it’s very Sparks, plus you can hear some of those Eighties tracks (‘Angst In My Pants’, ‘Change’, ‘Popularity’) without their original Eighties trappings. 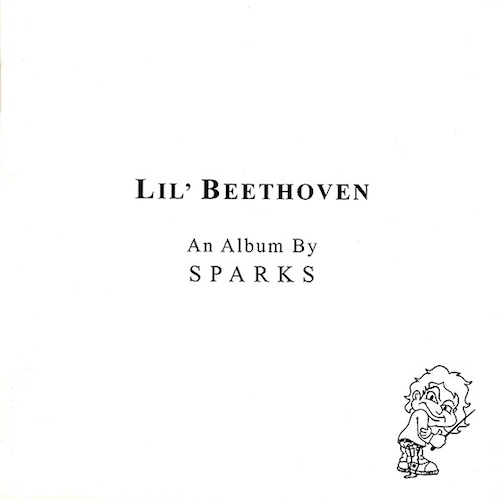 Lil’ Beethoven – which was also the name of Sparks’ own new label – was their first great album in 20-plus years because it indulged the Maels’ core values of entertainment in extremis (Ludwig Beethoven being the diminutive master of “musical overkill”). The record is some kind of tumultuous Teutonic glam-rock chamber-pop neo-classical opera that took them back out on a limb – where Sparks belong. Similarly, its lead single ‘Suburban Homeboy’ was the bounciest, most pop-perfect Sparks tune in eons.

Plagiarism excepted, guitars had long been abandoned by the brothers; now it was the turn of synth-pop and drums, alongside drums: Auf Weidershen to the beat /…lights out, Ibiza announced the see-sawing orchestral churn of the opening ‘The Rhythm Thief’, leaving behind banks of keyboards, choirs of Russell overdubs behind his main vocal and hypnotic sawing strings. There’s some merciless satire to boot – ‘Ugly Guys With Beautiful Girls’, ‘What Are These Bands So Angry About’, ‘Your Call’s Very Important To Us Please Hold’. 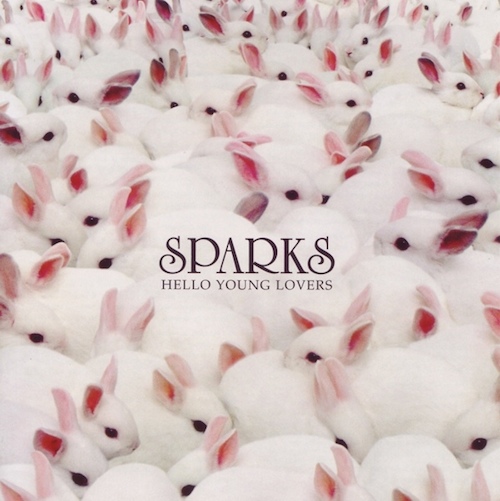 Probably conscious that no one dared match Sparks, Hello Young Lovers reprised the Lil’ Beethoven blueprint with both leaner and meatier results as the brothers gingerly reintroduced guitar and drums – but not on ‘Rock, Rock, Rock’, of course. ‘Metaphor’ and ‘Waterproof’ were gentler versions, reminiscent of the Indiscreet approach, while Hello Young Lovers was take-no-prisoners stuff.

What helped the medicine go down was a surfeit of shrill melodic hooks – the boys still loved their show tunes. That, and their daft humour, beginning with the confessional All I do now is dick around (‘Dick Around’) and the finale ‘As I Sit To Play the Organ at Notre Dame Cathedral’, as lengthy and ambitious as Sparks have ever got, like a rock opera in miniature. 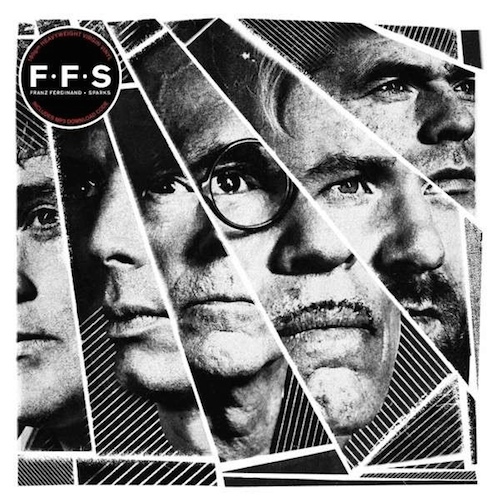 If we must have one pure Sparks album as the tenth out of ten, then it’s the live set Two Hands One Mouth, another Greatest Bits (at 21 tracks) but one that strips the essence of Sparks to just Ron and Russ, voice and keyboards. But I have to detour to add the FFS album, a bit of a cheat as it’s not a Sparks record per se, but a collaboration between the Maels and Glaswegian Sparks fanatics Franz Ferdinand (hence the FF and the S, as well as the joke inherent in those three initials).

But it’s in this list because it restores the 1972-75 era of Sparks as a contained rock band with an overflow of artful, savvy corkscrew pop, which, frankly, I’ve missed ever since they moved on. Lead single ‘Johnny Delusional’ set the tone, and spins through its successor ‘Call Girl’, with ‘Police Encounters’, ‘So Desu Me’ and ‘Piss Off’ – that’ll be one of Ron’s, then. But actually, it’s hard to tell whether the Maels or the Franzs kicked off which, as the melodies and mood truly dovetails, As the album’s multi-tiered quasi-musical epic winks at us, ‘Collaborations Don’t Work’, but this of course backfires as it’s a fine example of the collective approach. 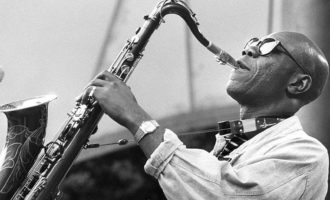 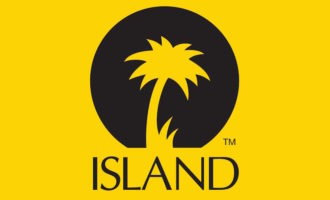 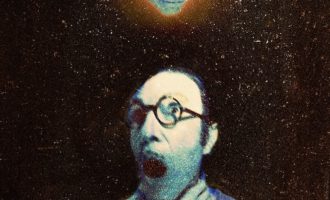 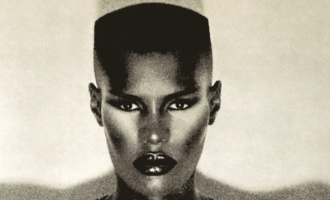