This week’s rundown is by VF’s Kelly Doherty and Lazlo Rugoff, alongside Annabelle Van Dort, Emily Hill, and James Hammond. 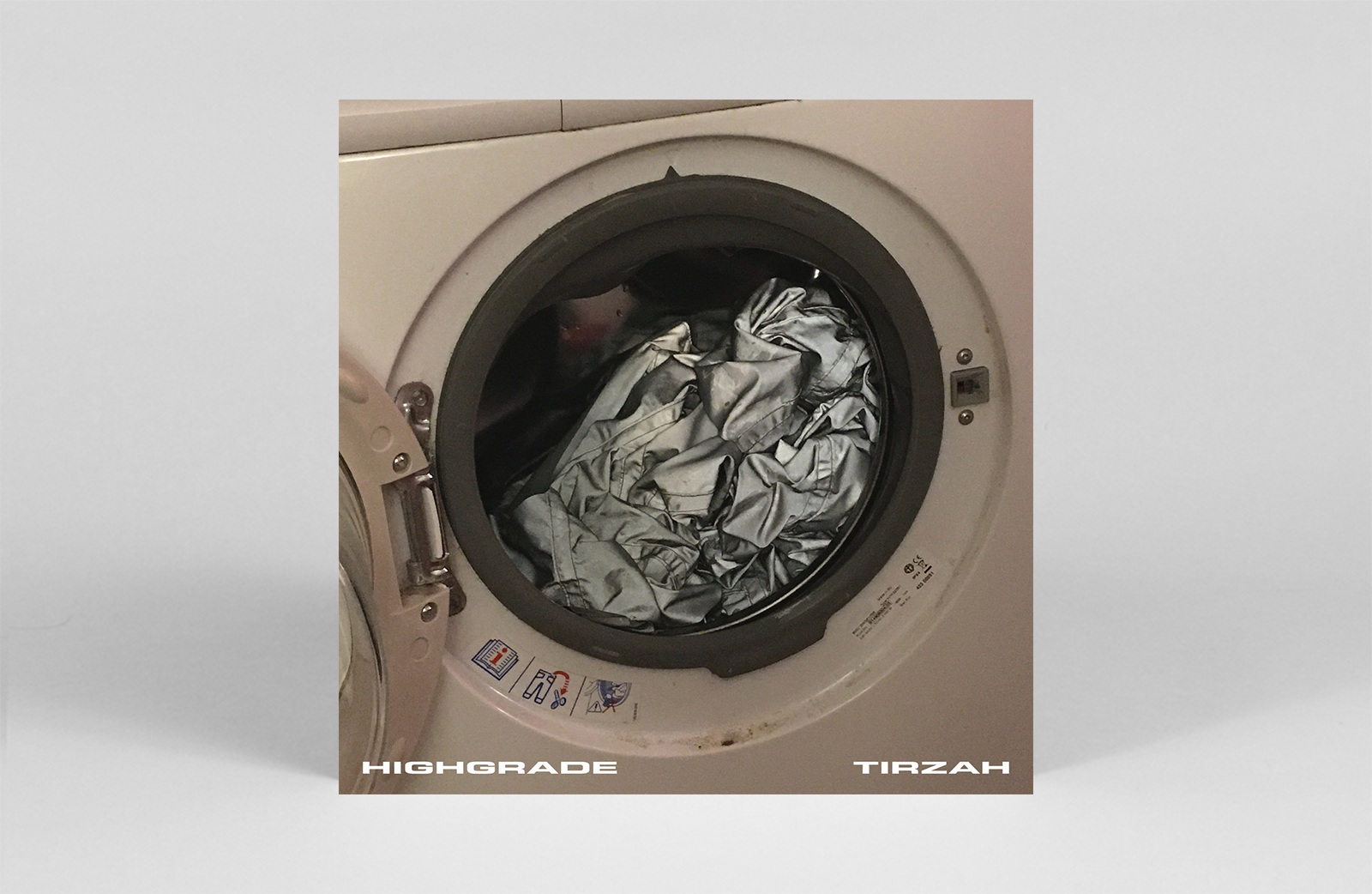 This “full reworking” of Tirzah’s 2021 triumph Colourgrade, brings in a host of choice collaborators for ten deconstructions and extrapolations that branch out from the adventurous spirit of the source material. With takes from the likes of Arca, Loraine James, Lafawndah, Actress, Speakers Corner Quartet and Still House Plants, it’s hard to choose favourites among diverse approaches that abstract and embellish at will. A remix album that’s unified in a collective breadth of musical vision. — JH 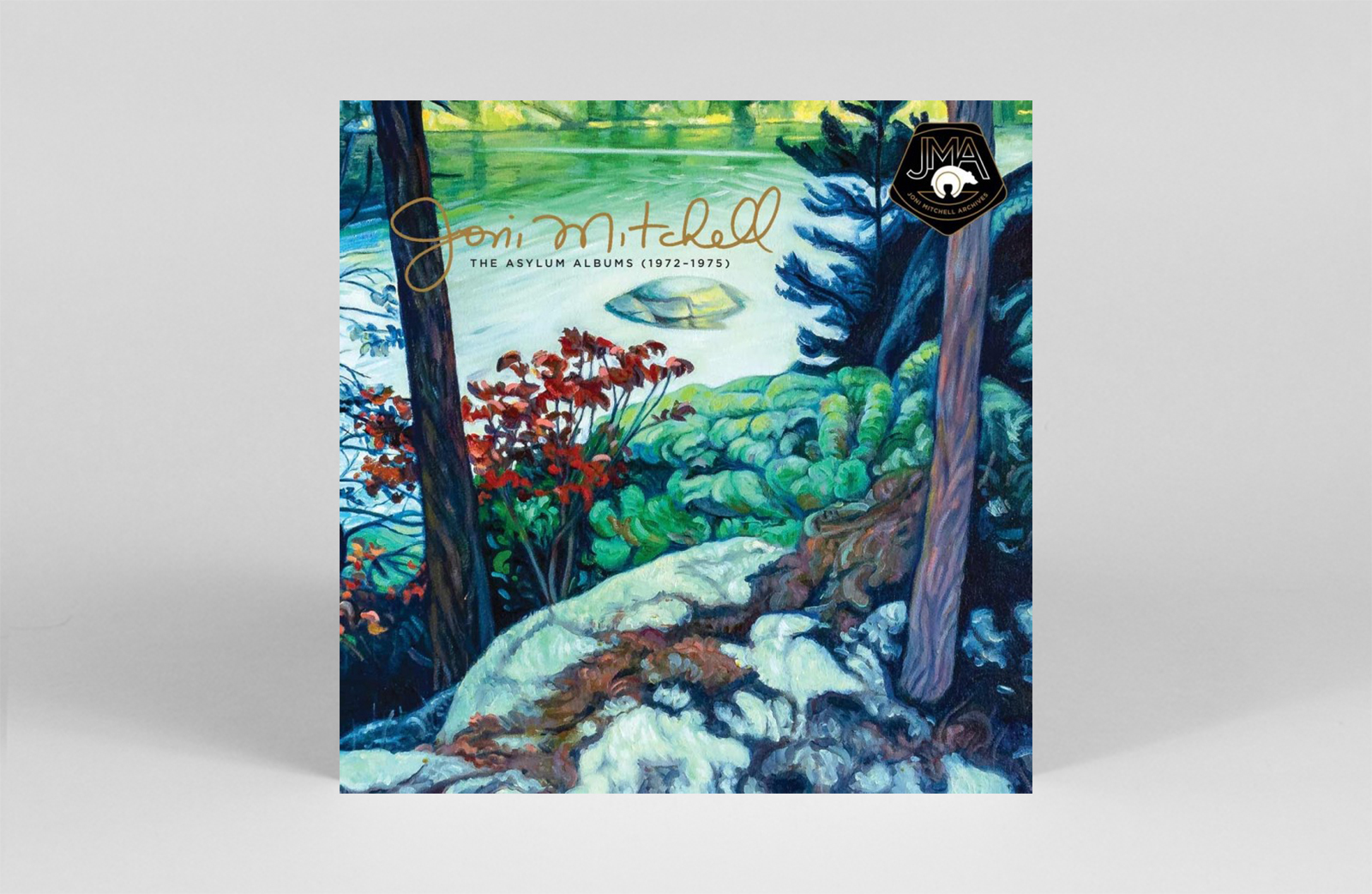 From an unexpected appearance at the Newport Folk Festival to receiving an honorary doctorate from Berklee College of Music, it’s been — as it always is — a strong year for Joni Mitchell. Not content with that, Mitchell has released a new box set featuring her first four albums on the Asylum label. The remastered LPs offer a new listening experience for some of Mitchell’s most aching songs, including ‘A Case Of You’, ‘You Turn Me On I’m A Radio’ and ‘Cactus Tree’. As Mitchell puts it: “If you want me I’ll be in the bar.” — LR 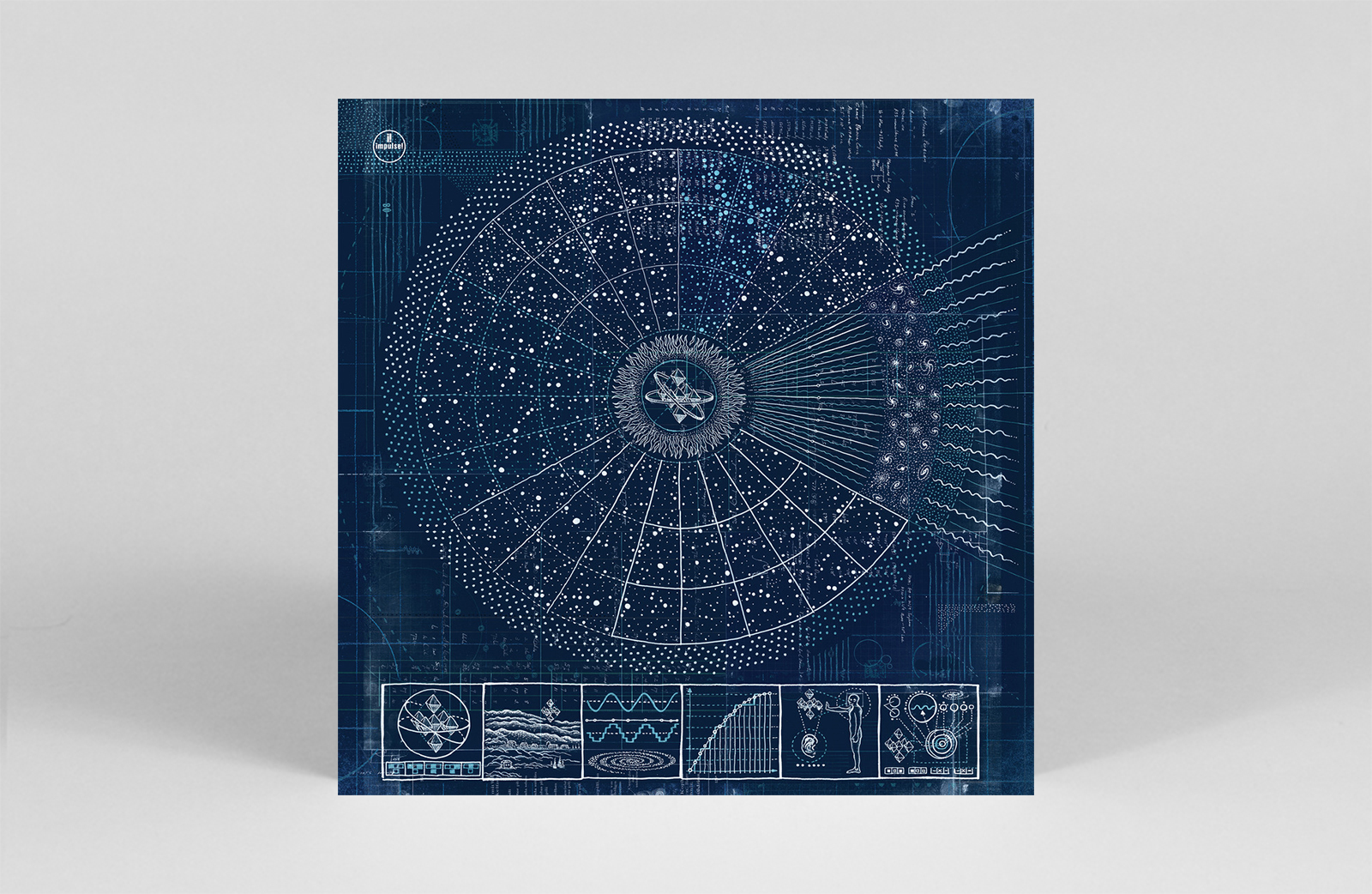 On their third record, Hyper-Dimensional Beam, The Comet is Coming traverse a whirlwind of cosmic spaces.  The London-based trio— saxophonist Shabaka Hutchings, synth-wizard Danalogue and drummer/producer Beatamax—oscillate between serenity and chaos. Beatamax’s rhythmic dynamism underpins Danalogue’s radiant swells and synths, which burst into pummelling basslines without warning. Hutching’s saxophone spirals throughout; he plays with a restraint unseen on the band’s previous releases and brings a delicate texture to the group’s blend of cosmic jazz and electronics. — AVD 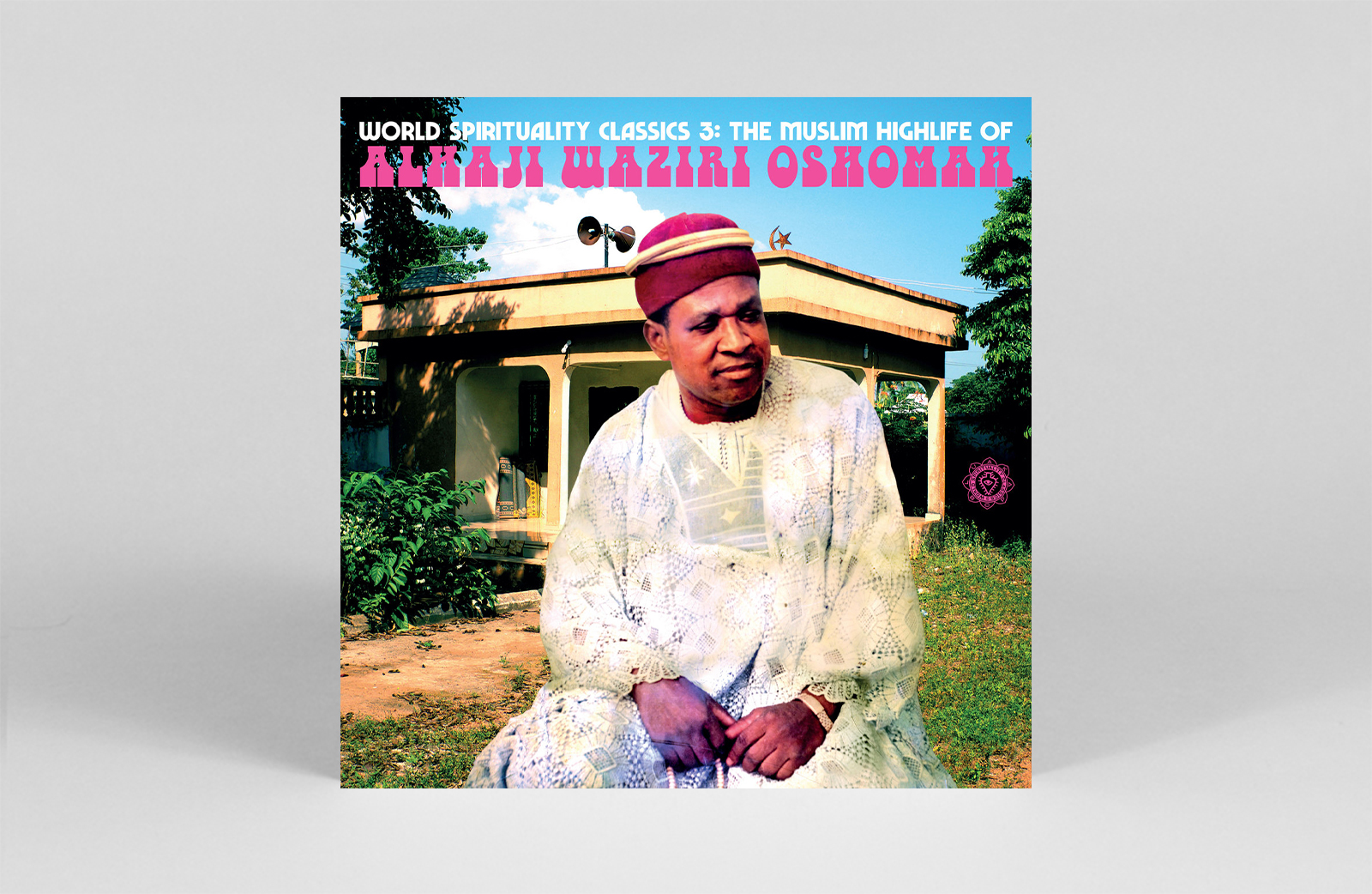 The third instalment of Luaka Bop’s World Spirituality Classics takes us to Nigeria’s Edo State and the effervescent highlife sounds of Alhaji Waziri Oshomah. With his Muslim faith and musical harmony as guiding lights, the long-form structures and pulse of highlife are the means by which Waziri Oshomah and his ensemble sought to uplift and stake out the dancefloor as a divine space. This collection puts these goals at the forefront and cherry picks from his ‘70s and ‘80s discography, abounding in the synth punctuations, stylistic fusions, and embellishments on the groove that mark Alhaji Waziri Oshoma as a unique voice within Nigerian highlife music. — JH 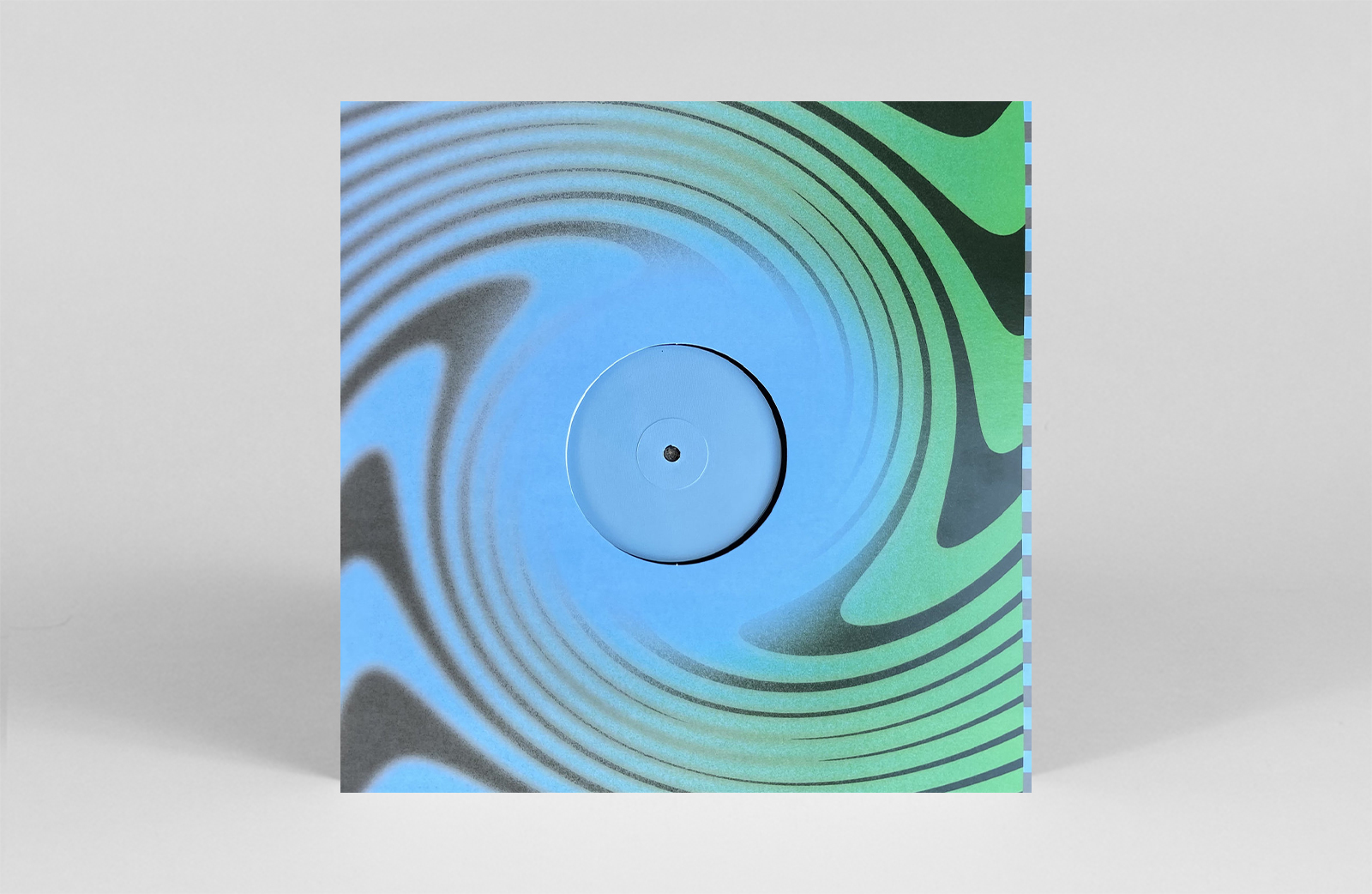 Following his superb release on Anthony Naples and Jenny Slattery’s Incensio imprint, downstairs J is back with a kaleidoscope of sounds. Each track on this EP offers a different flavour for all hours of the night; from the high-energy trance emotion of ‘Orion’ through to the bubby percussion of ‘Mana 4000’. On the flip-side, things get interesting with the downtempo trills of ‘Symbiosis’ before a concluding ambient sound bath. A great outing on the Brussels-based based SUZI label. – EH 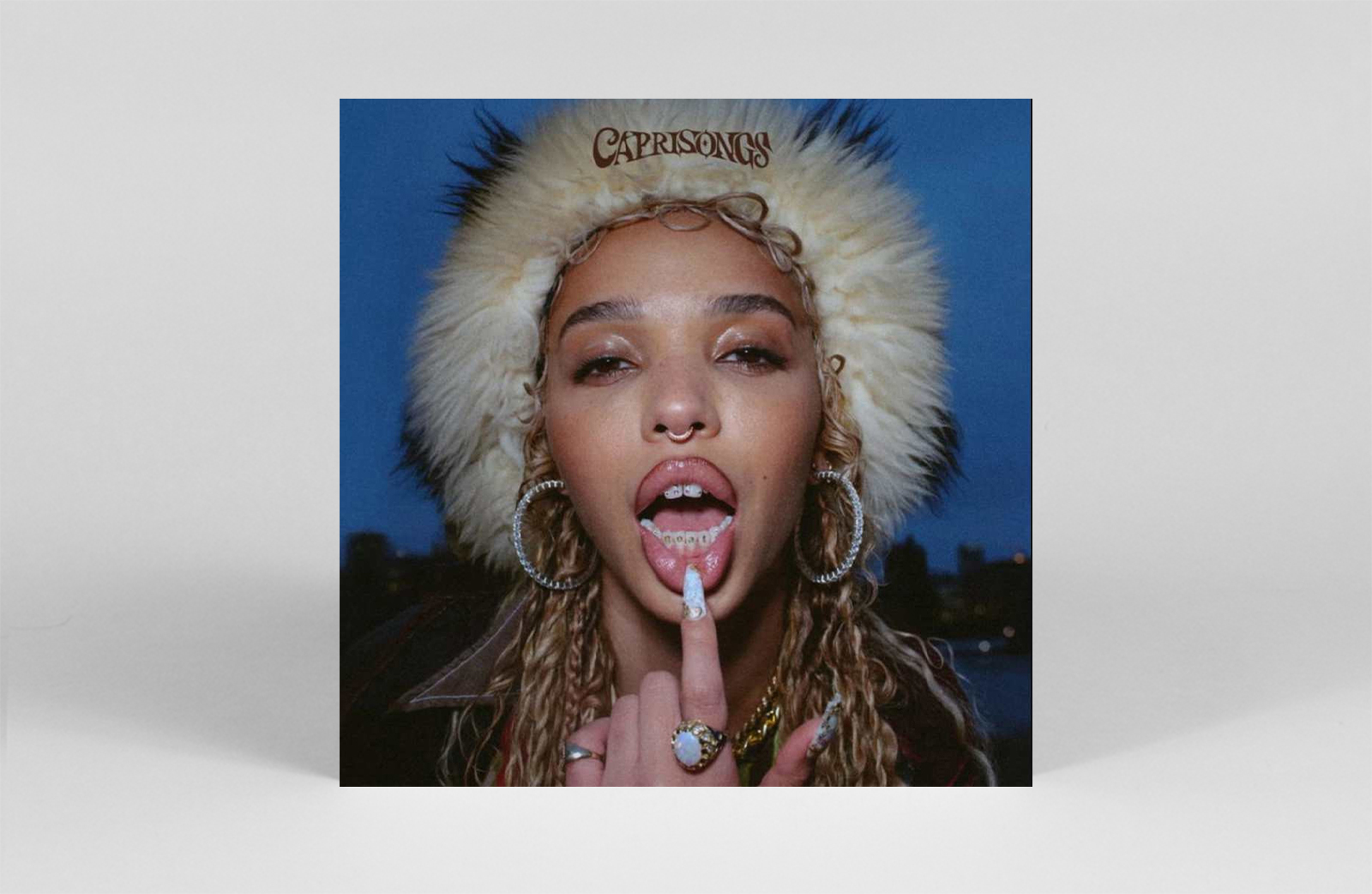 FKA Twigs’ debut mixtape from earlier this year has finally received the vinyl treatment. Caprisongs is a playful outing that allows FKA Twigs to shapeshift and indulge in more light-hearted directions. Eschewing the theatrical gravity of 2019’s Magdalene, this collection dabbles in dancehall, drum n bass and conversational samples to build a sound that feels fleeting and intimate – like listening to your friends hanging out in the next room. Whilst it might not be Twigs’ most essential output, Caprisongs is a fun journey. – KD 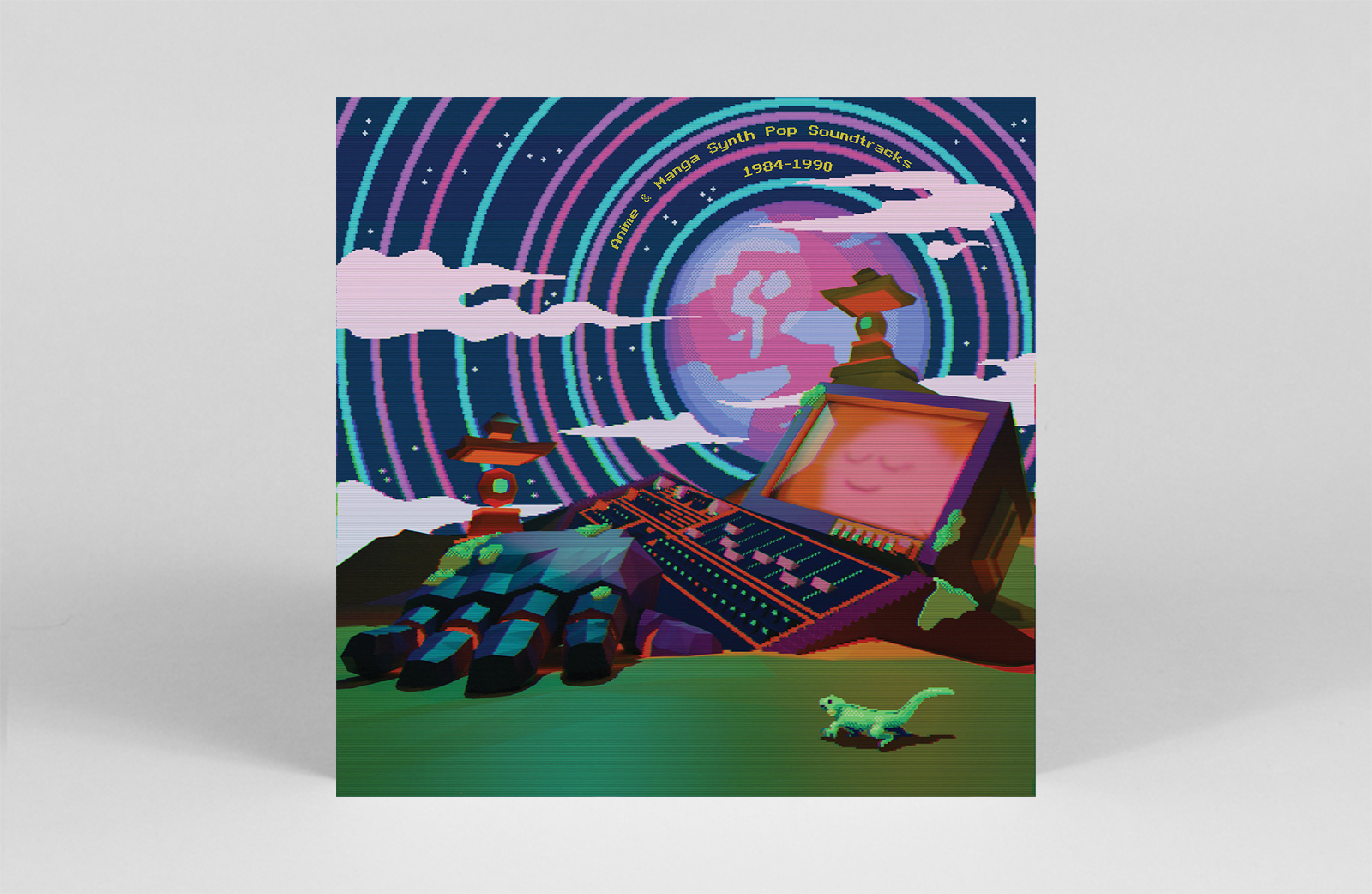 This limited, vinyl-only release from London-based label Time Capsule captures the luxurious, futuristic sounds of the Japanese cartoons and comics of the 80s. These tracks, previously never released outside of Japan, showcase synth experimentation from composers working with the cutting edge of technology during Japan’s economic bubble. Anime & Manga Synth Pop Soundtracks 1984-1990 works as a reminder of how music has always been just as vital as visuals in this industry. – KD 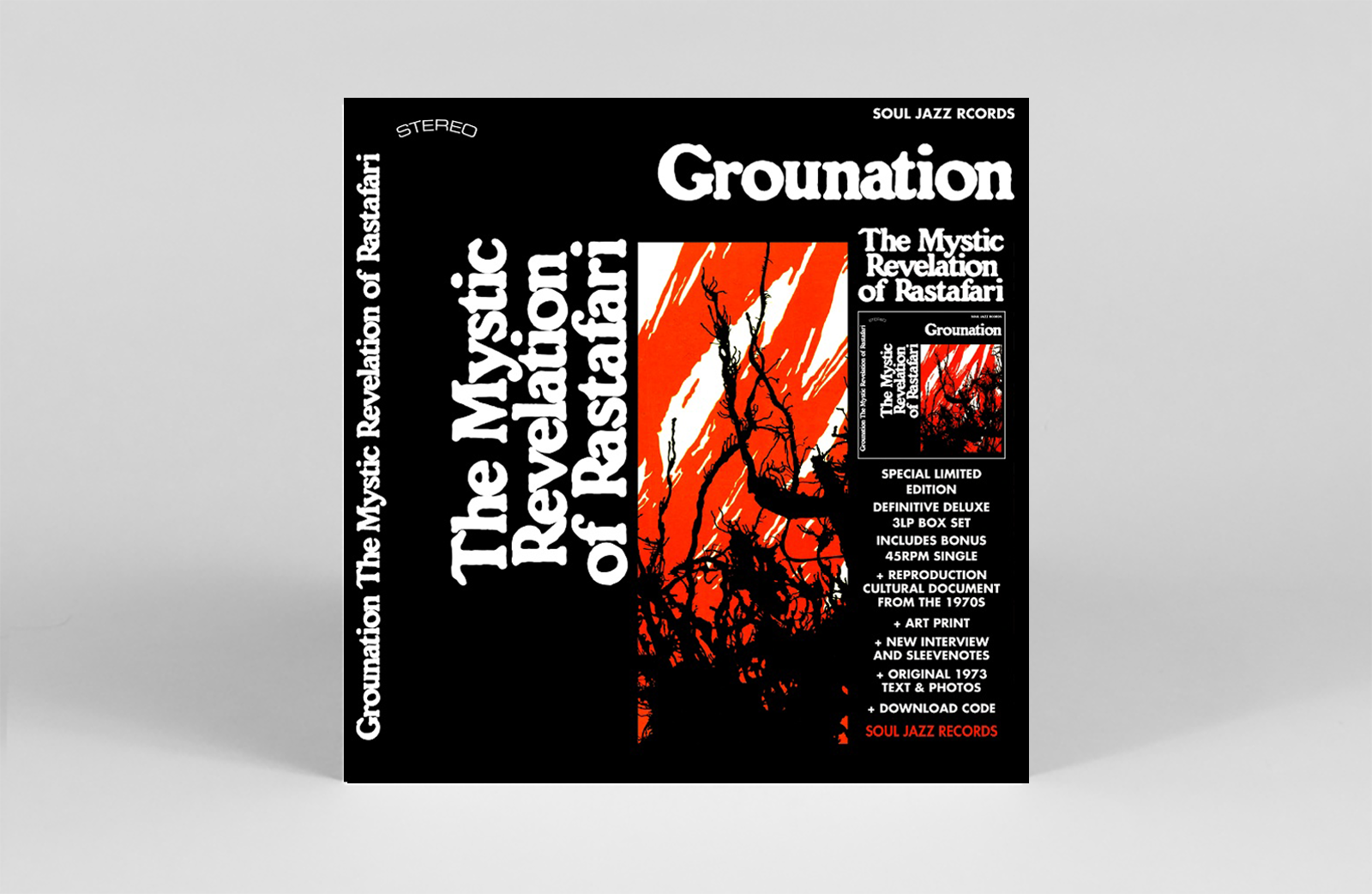 Soul Jazz Records continue their essential run of Count Ossie reissues with the release of his magnum opus, Grounation. Combining the liberatory ethos of free jazz and the deep grooves of roots reggae, Grounation is a powerful artistic expression of Rastafarian spirituality. Available as either a triple LP or a limited-edition boxset with a bonus single, zine and art print, this carefully curated release pays testament to the enormous influence of Grounation within Jamaican music history. — AVD 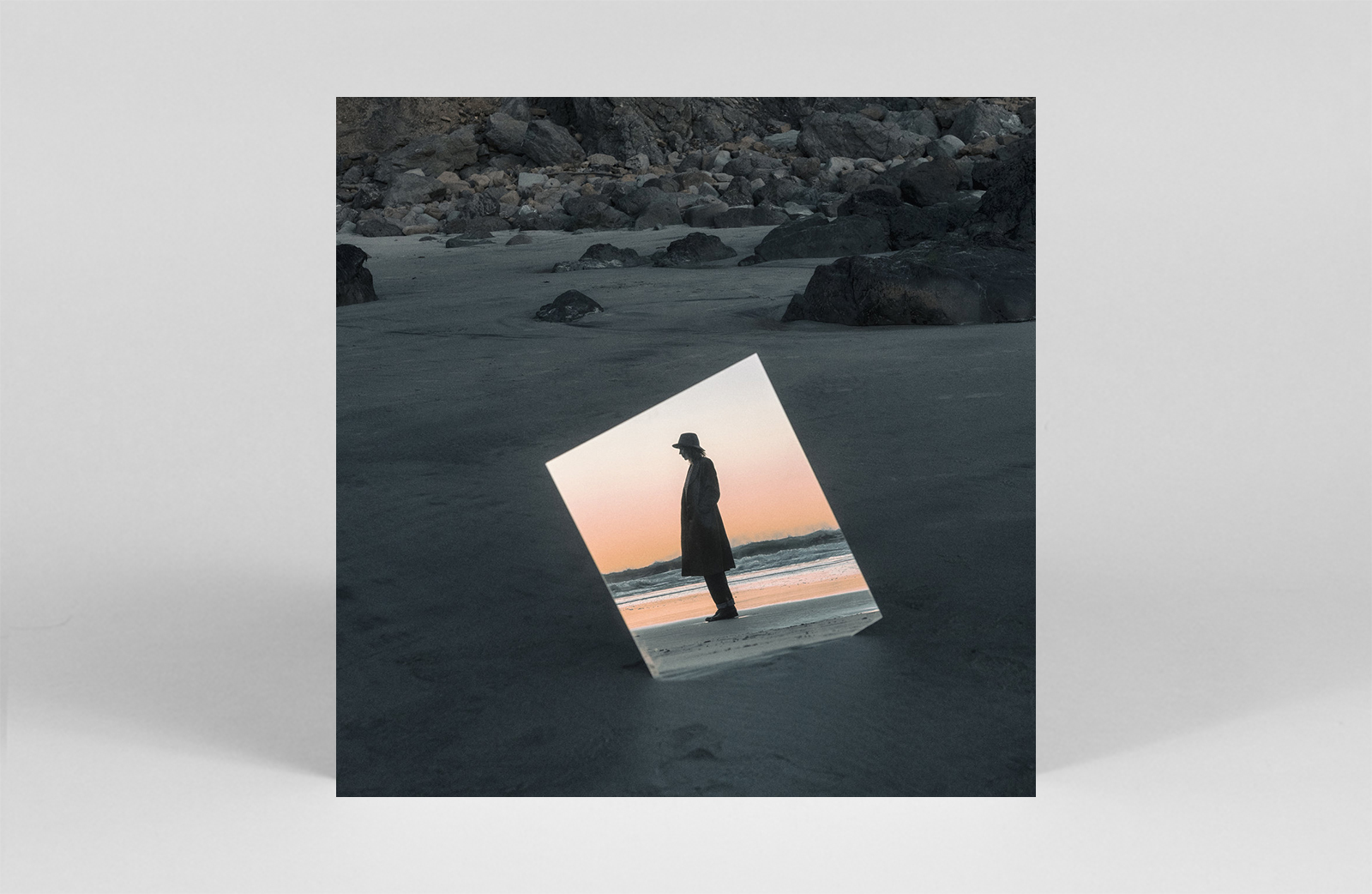 English singer-songwriter Beth Orton returns with her first album in six years: Weather Alive. In stripping back the production — the album is primarily centred around an old piano she bought in London’s Camden Market — Orton allows her poignant vocals to take centre stage. This intimacy allows her to explore themes of desire, longing and fear with honesty and candour. — LR 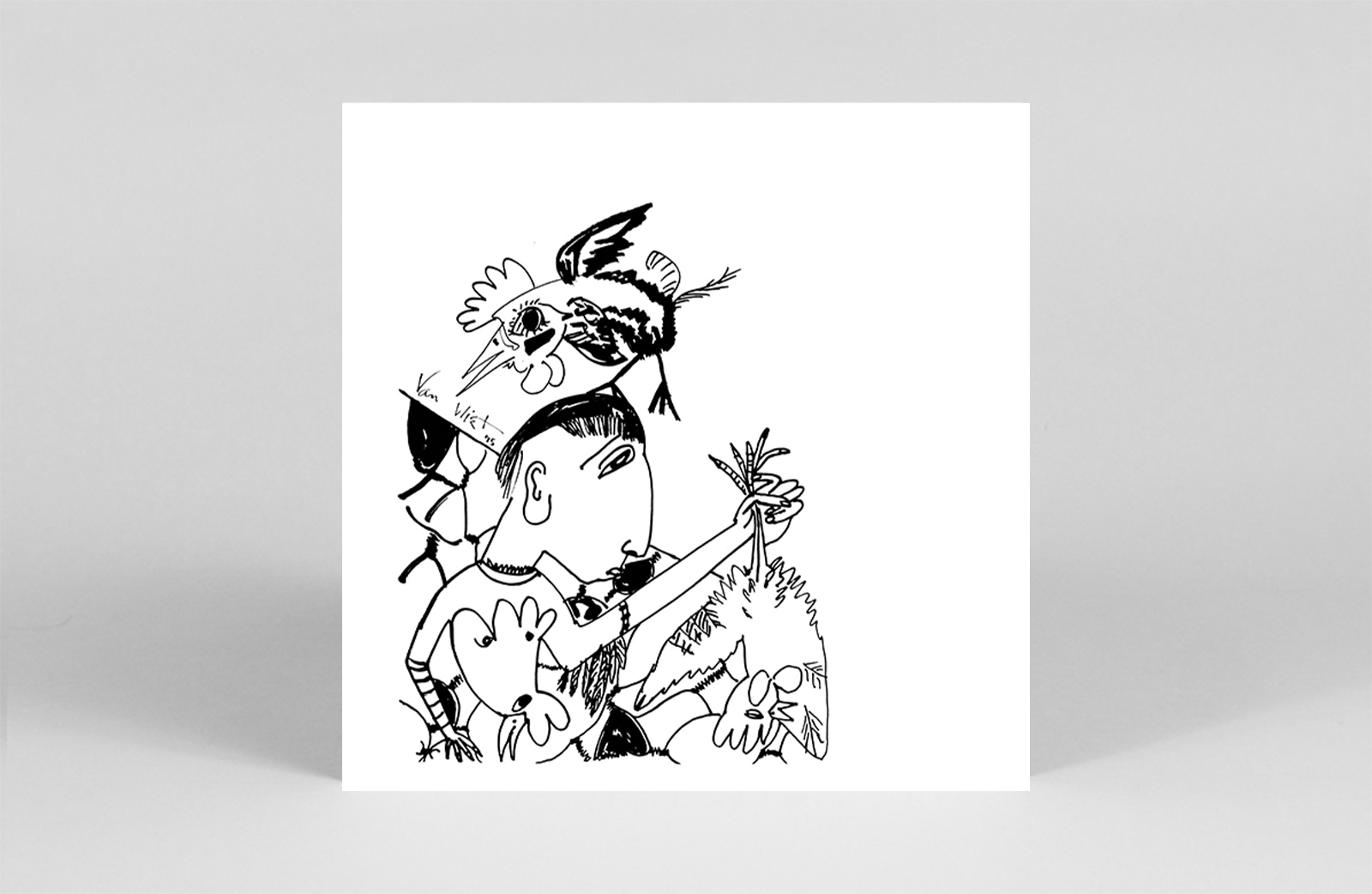 Avant-garde sound magic from the 1977 Los Angeles ‘Free Music Society’, initially collated by Farren Ford. This reissue on Etats-Unis, the sub-label of American giant Superior Viaduct, takes the listener down a path through the weird and wonderful sounds of the experimental group. The tracks are freely composed and are drawn together through free improvisation, modular synthesisers, homemade instruments and a mighty dose of noise! Their egalitarian music-making ideology and DIY distribution went on to influence generations of underground artists.  – EH

Inside the 15,000-strong record collection at Hawaii's State Archives