This week’s rundown is by VF’s Will Pritchard, alongside Annabelle Van Dort, Emily Hill, and James Hammond. 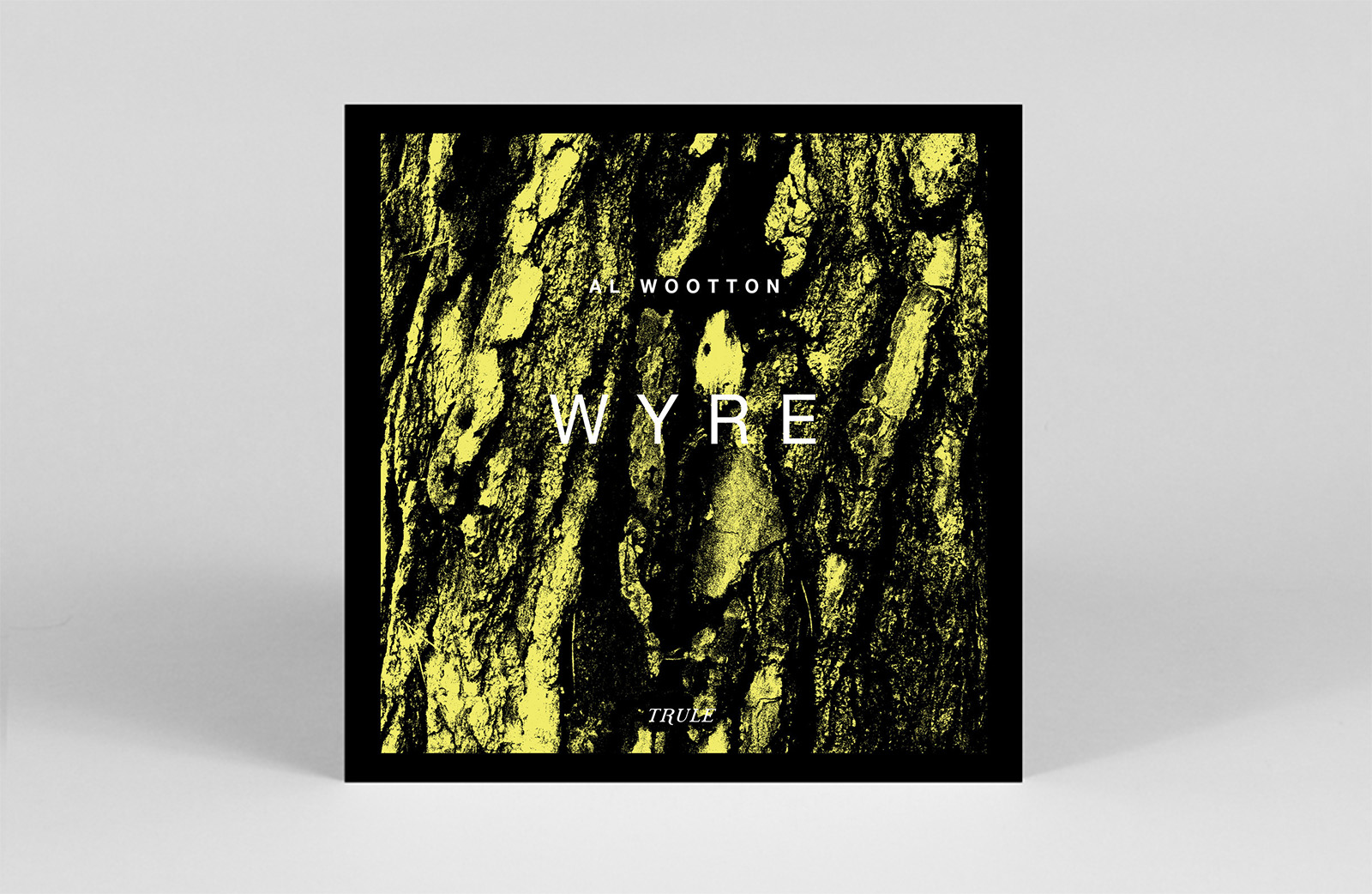 Al Wootton returns for the final edition of his forest-inspired trilogy with four sprawling off-kilter techno cuts designed and primed for the dancefloor. Released via his bag-on-sight TRULE Records imprint, the producer known for his adventures into the dubbier side of techno does not disappoint with his latest offering. ‘Wyre’ offers rolling minimal percussion served up with a weighty slice of bass for good measure, while ‘Palants Grove’ takes things a step further: building an intense atmosphere before unleashing sweeping chords that open up like a light-filled clearing among the trees. – EH 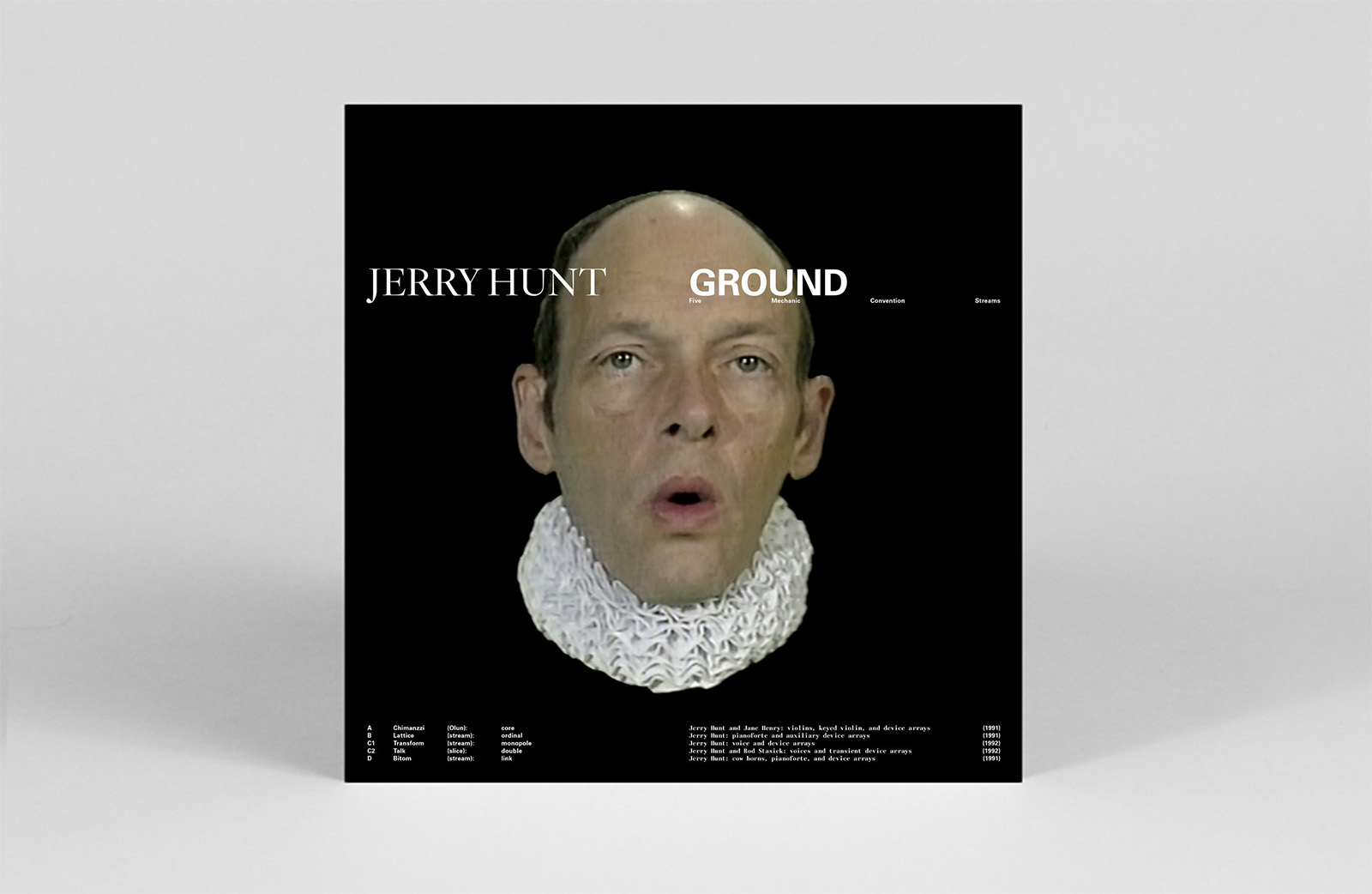 As a virtuoso piano player whose affinities for the occult and technology pushed his compositions into startling new territories, Jerry Hunt’s discography abounds with genre-defying works. Ground: Five Mechanic Convention Streams, Hunt’s last record before his death in 1994, is one such aural oddity, and as good a place as any to acquaint yourself – there’s only a deep end when approaching Hunt’s sound world. Five arrhythmic transmissions that take generative and interactive systems and John Dee’s 16th-century Enochian language as structural guides, this is a heady mix of mechanical and chaotic sounds from an artist often described as “a shamanic figure with the look of a central Texas meat inspector.” – JH 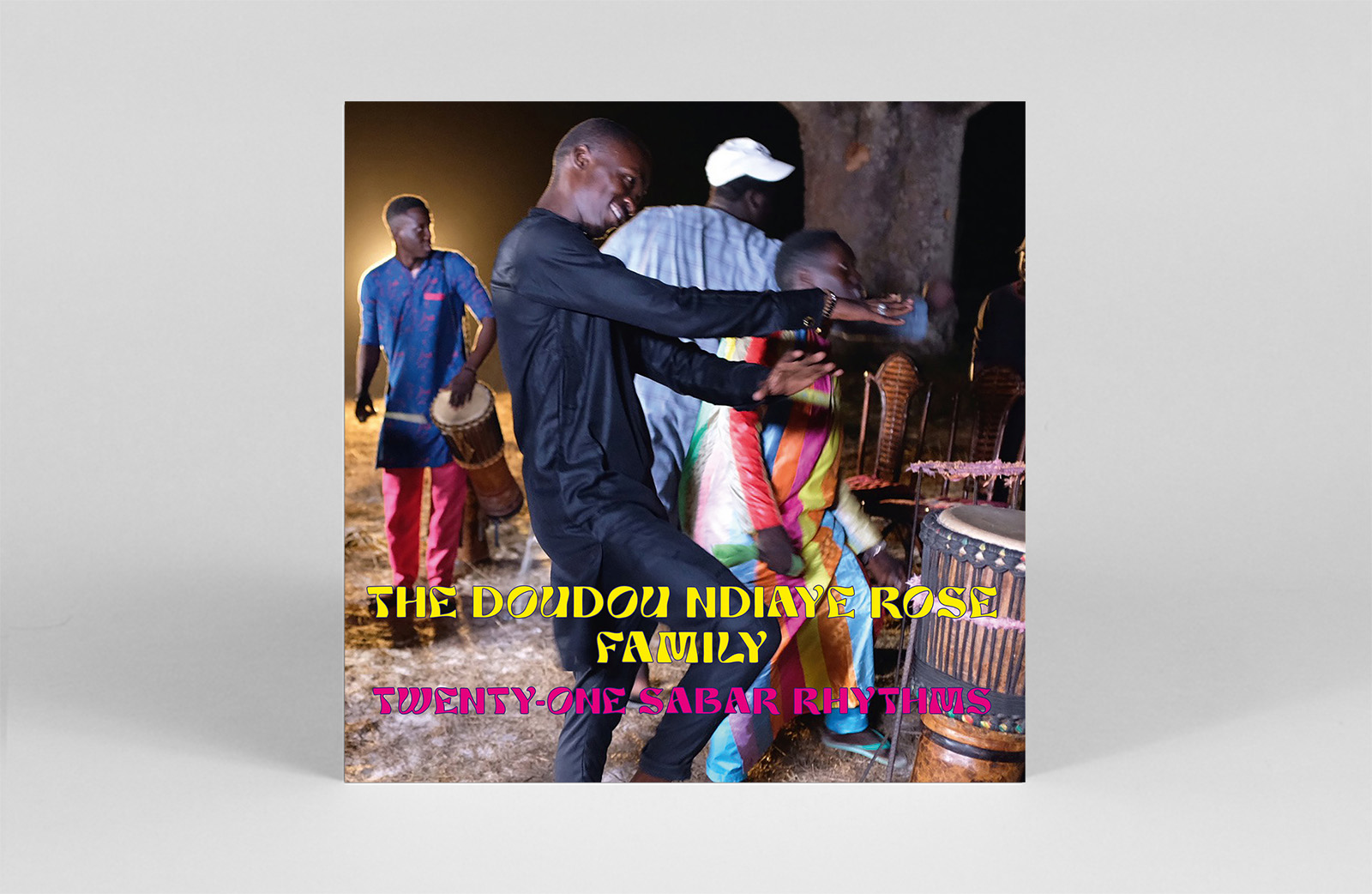 This functionally-titled collection from Honest Jon’s honours the drumming legacy of Senegalese griot Doudou Nidiaye Rose. There are are 21 sabar rhythms here, just a pinch of the 500 or so patterns Rose developed during his storied career, but even a glimpse is illuminating. Listen in sequence and the intricacies reveal themselves: rough and smooth, swung and syncopated, mournful then frenetic. Les Rosettes – the country’s first all-female percussion group, composed entirely of Rose’s own daughters and granddaughters – provide a highlight with their dramatic stop-and-go flourishes and in-sync chants sounding in the distance. – WP 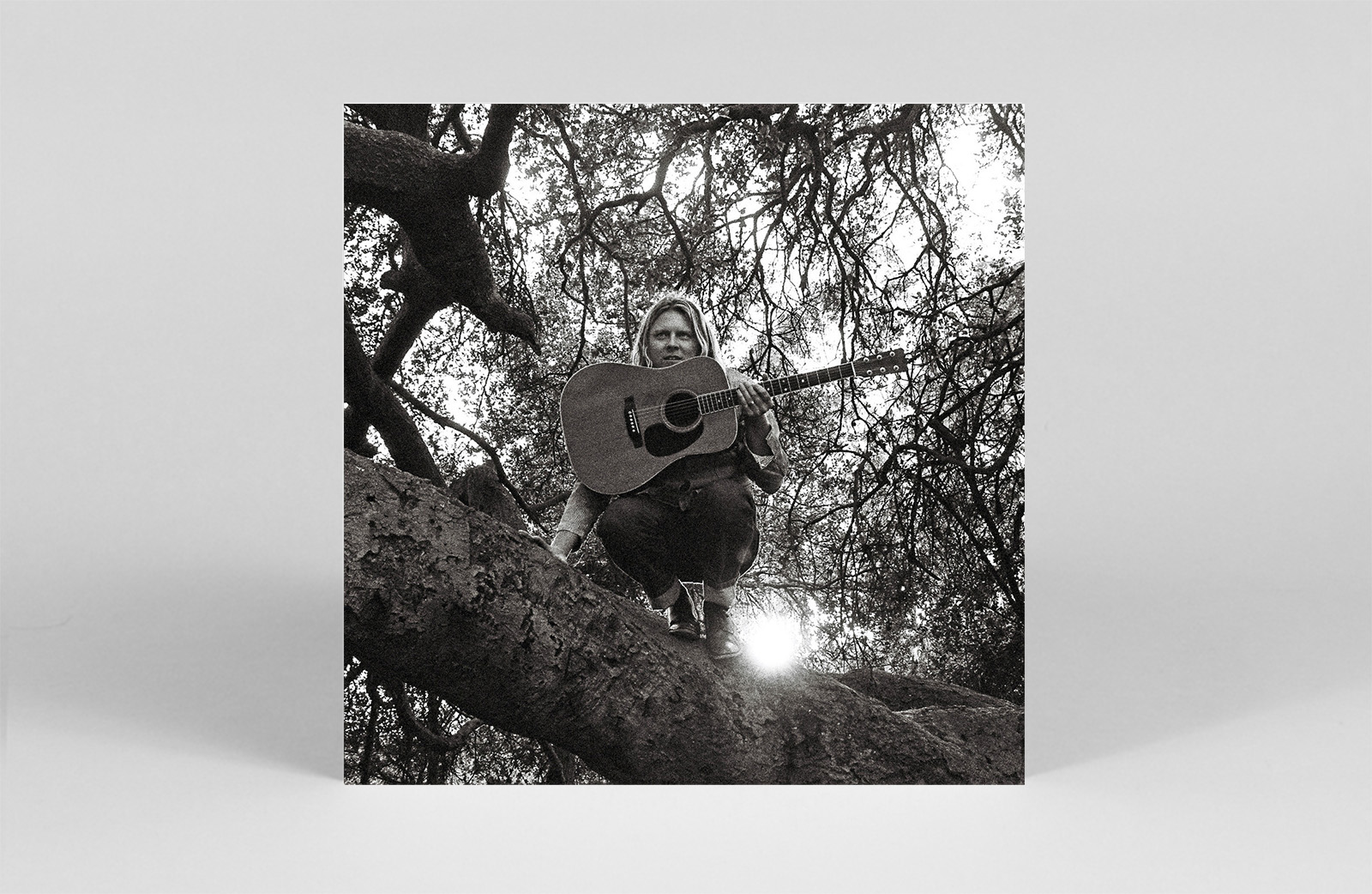 On Hello, Hi, garage rock’s most preeminent revivalist Ty Segall draws away from the guitar-heavy fuzz of his previous efforts. A primarily acoustic effort, Segall’s hazed-out, gentle harmonies and stripped-back twangs of guitar showcase his masterful songwriting. His signature rasp adds an underlying edge to the saccharine psychedelic textures of the Laurel Canyon influences explored here. A surprising turn from one of contemporary music’s true visionaries. – AVD 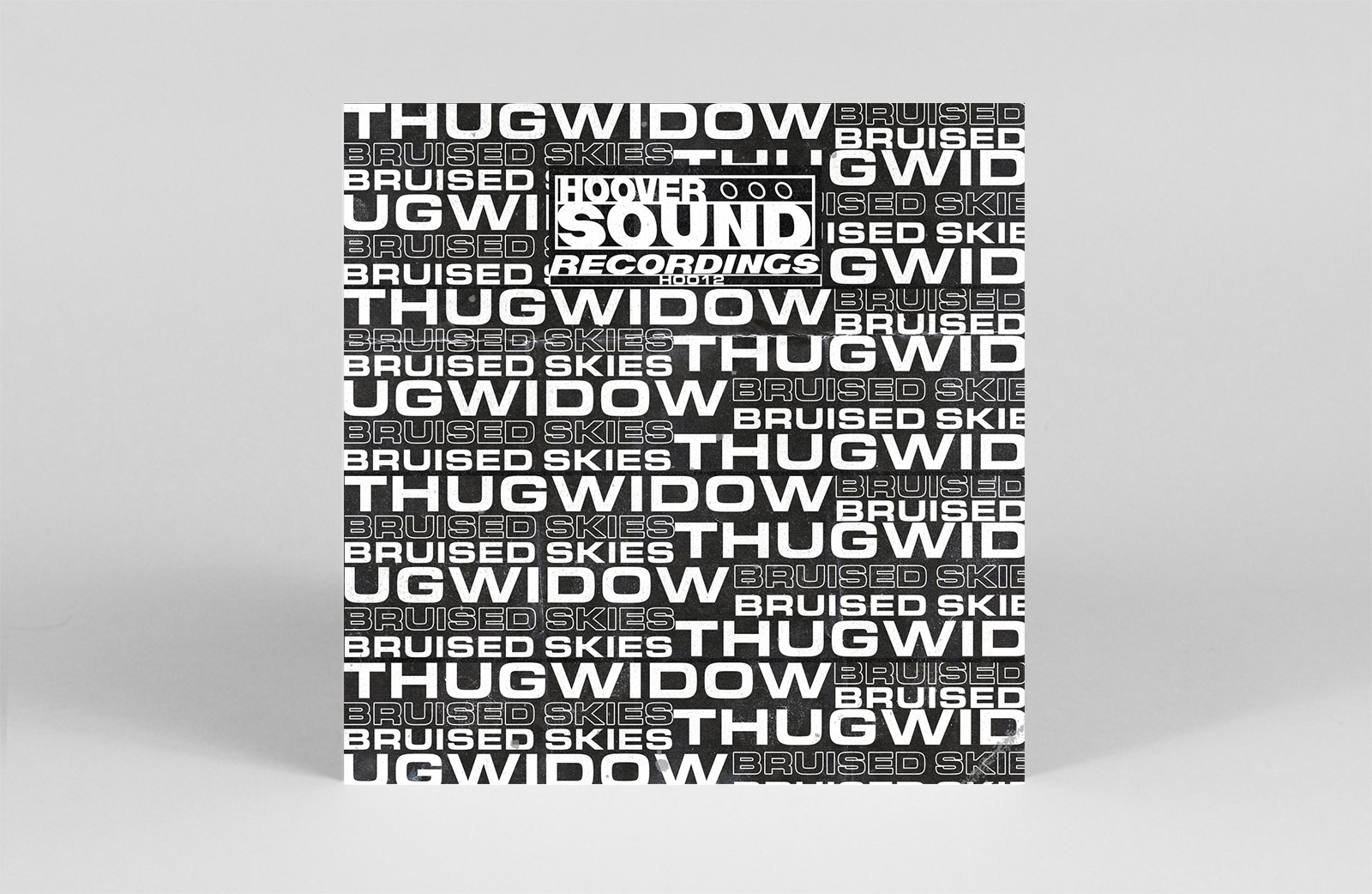 Everything here, on THUGWIDOW and Bruised Skies’ debut for the 160bpm-and-beyond Hooversound imprint, is delayed and reverberating in an absorbing wash of cinematic, heart-rending hardcore jungle. The aptly-named title track stretches classic vocal samples over a rolling, bloated acid bassline, while Denham Audio’s remix amps up the breaks and adds an extra dose of thump. A trip. Blimey indeed. – WP 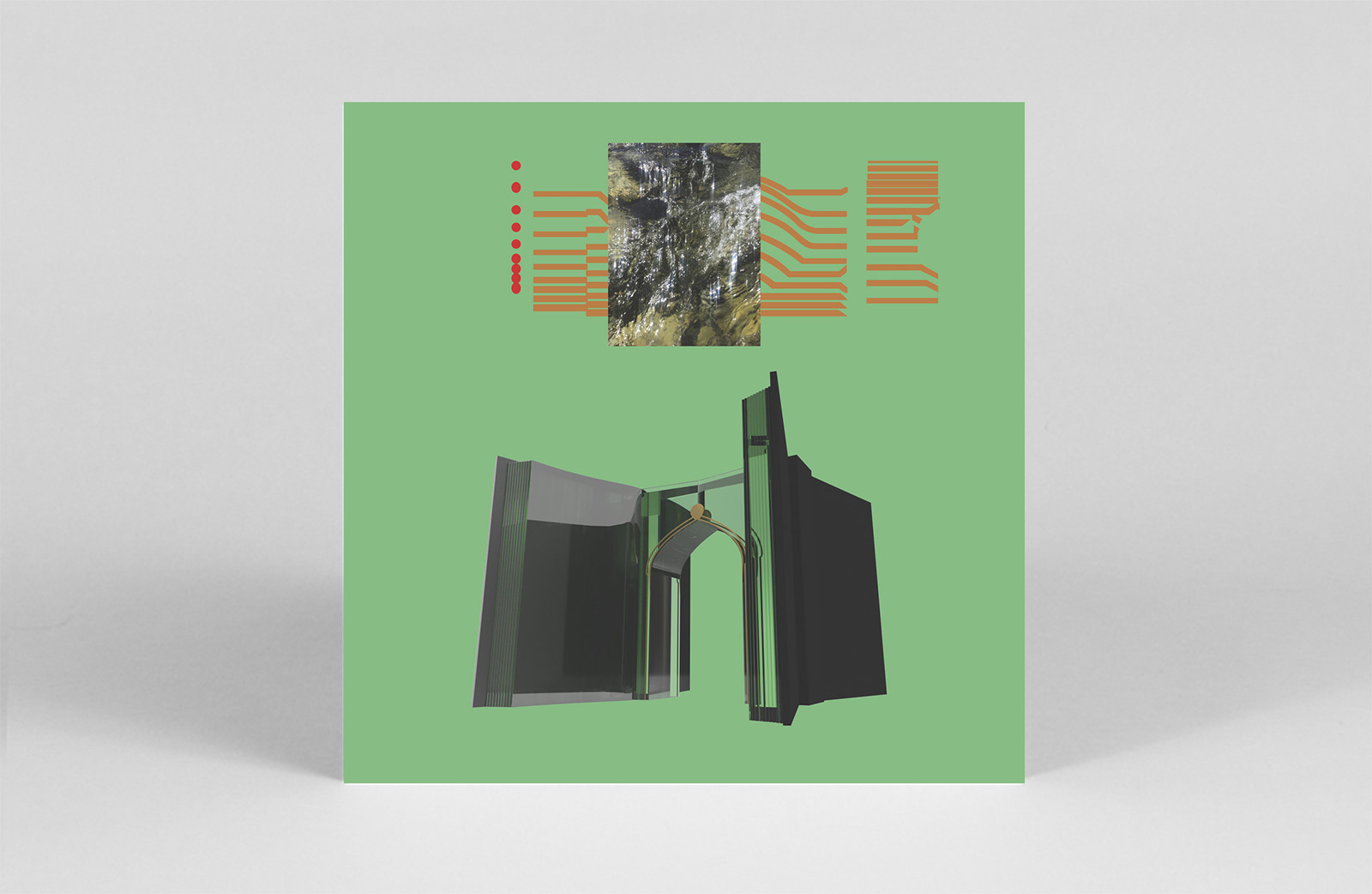 Chicago’s International Anthem presents EXTRA PRESENCE, a double-LP from LA-based experimental music pioneer Carlos Niño. Featuring an impressive roster of collaborators – including Laraaji, Shabazz Palaces, and Jamal Dean – EXTRA PRESENCE sees Niño reach new creative peaks. He is the captain at the helm, guiding us through the twists and turns of his mercurial music-verse. Across 17 awe-inspiring tracks, Niño creates a sound that is elemental and sensory: a blend of jazz, ambient, and hip-hop style production, intertwined with the soundscape of the natural world. – AVD 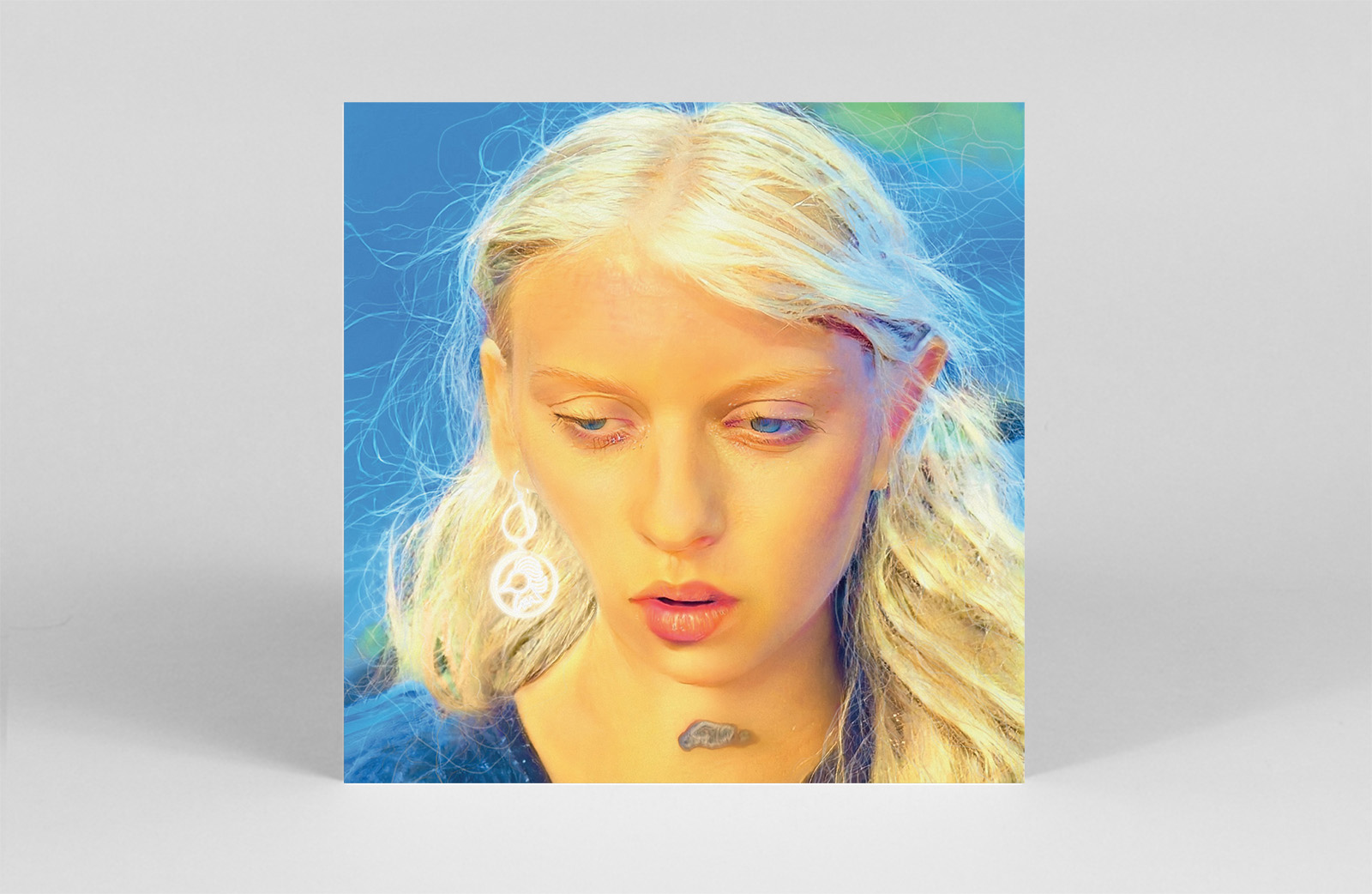 Isa Gordon joins the ranks of the supremely talented and eclectic roster of Optimo Music. Gordon was born and raised in Ayrshire before relocating to Glasgow. She learned to play the guitar as a teen, enamoured with folk music’s charms, before moving on to electronic music production. For You Only is a beautiful ensemble of all the feelings and sounds explored in the process of solitary beat making, a personal process exposing the way Gordon responds to and interprets instruments. This is a beautiful collection of next-level sound design written with soul and musicality. – EH 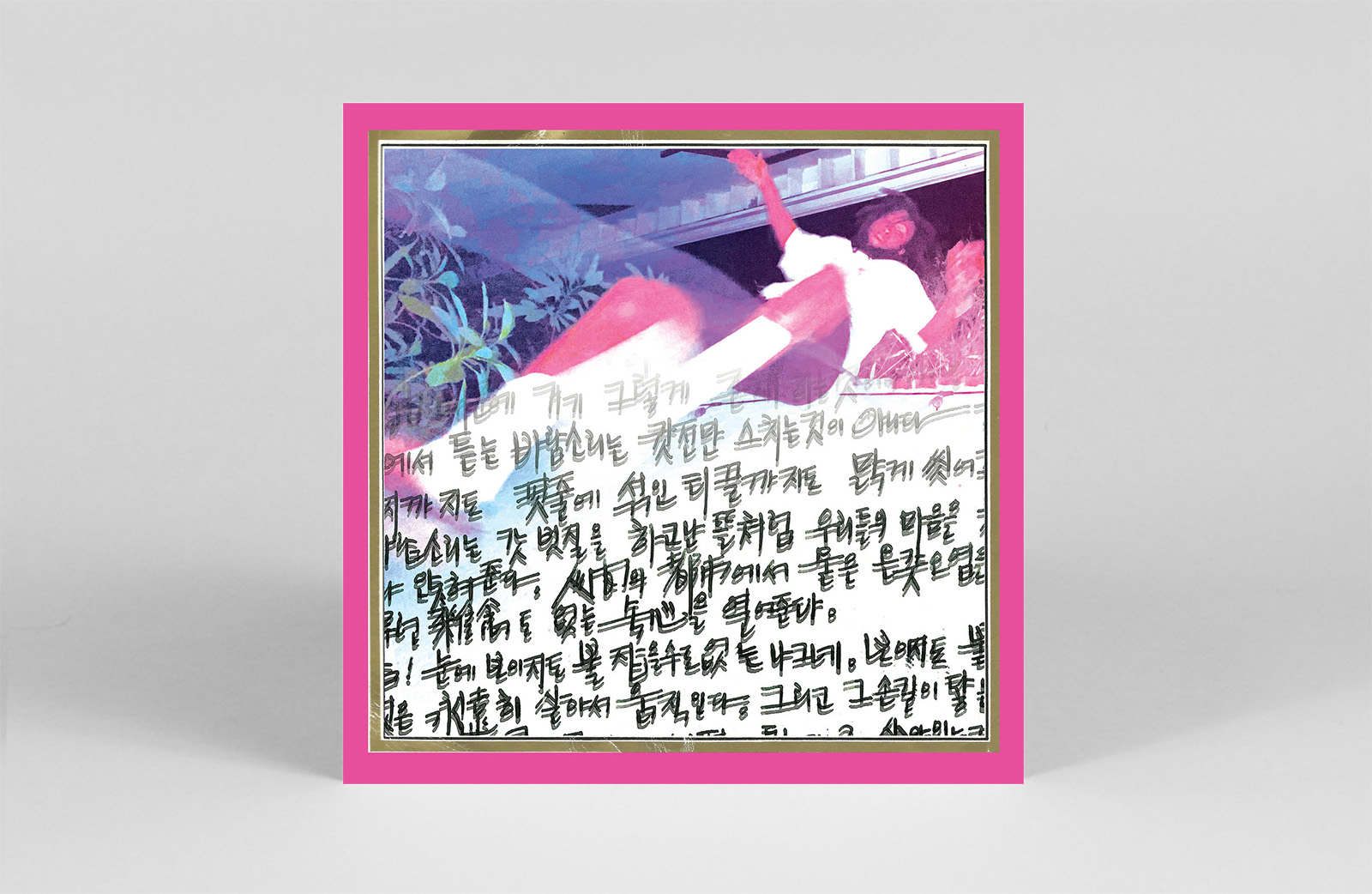 On ISTHISFORREAL?, The Koreatown Oddity, aka Los Angeleno Dominque Purdy, writes sketches. With character assists, tracks are nipped together with nods to Purdy’s former life as a stand-up comedian and run a gamut of hot-topic issues, social justice, hypocrisies, and irony over ear-bending boom-bap and lo-fi rap beats. Tracks are, on the whole, brief; but what they lack in length, they more than make up for in bite. – WP 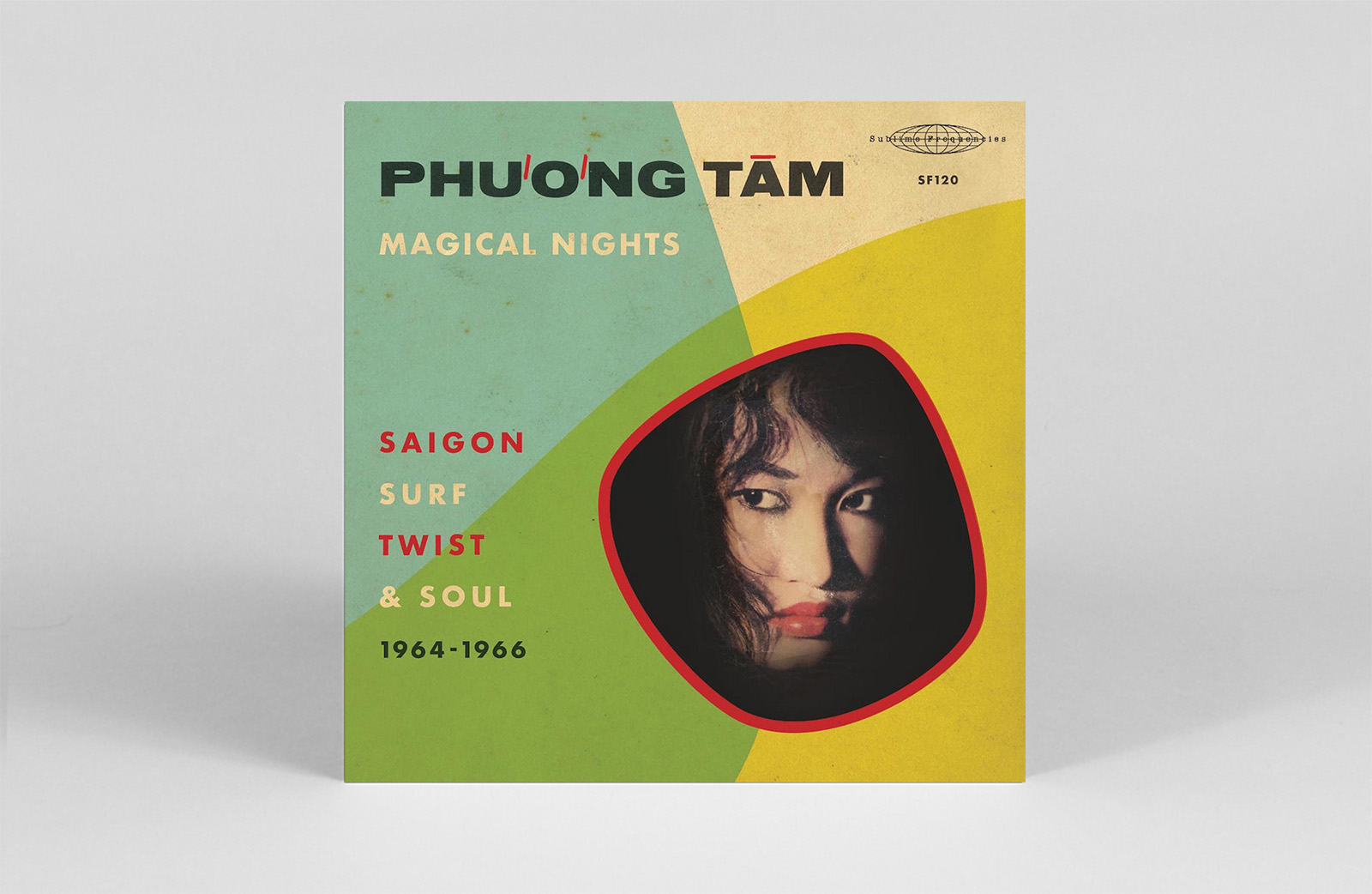 Sublime Frequencies have gathered some remarkable compilations of surf, twist, and soul sounds from South East Asia. This latest edition lands in Saigon circa 1964-66 and explores the known recordings of Phương Tâm. With master tapes destroyed and few records surviving the Vietnam war, these 25 tracks appear as part of Hannah Hà’s quest to recover and reissue her mother’s discography, which was prolific yet brief, with Phương Tâm stepping away from her recording career following this period. The result is a fitting and extensive testament to Phương Tâm’s talents, and – with a brimming list of collaborators and host of electric guitars, brass sections, percussion and keys – also presents an illuminating cross section of Saigon’s music scene in the mid-‘60s. – JH 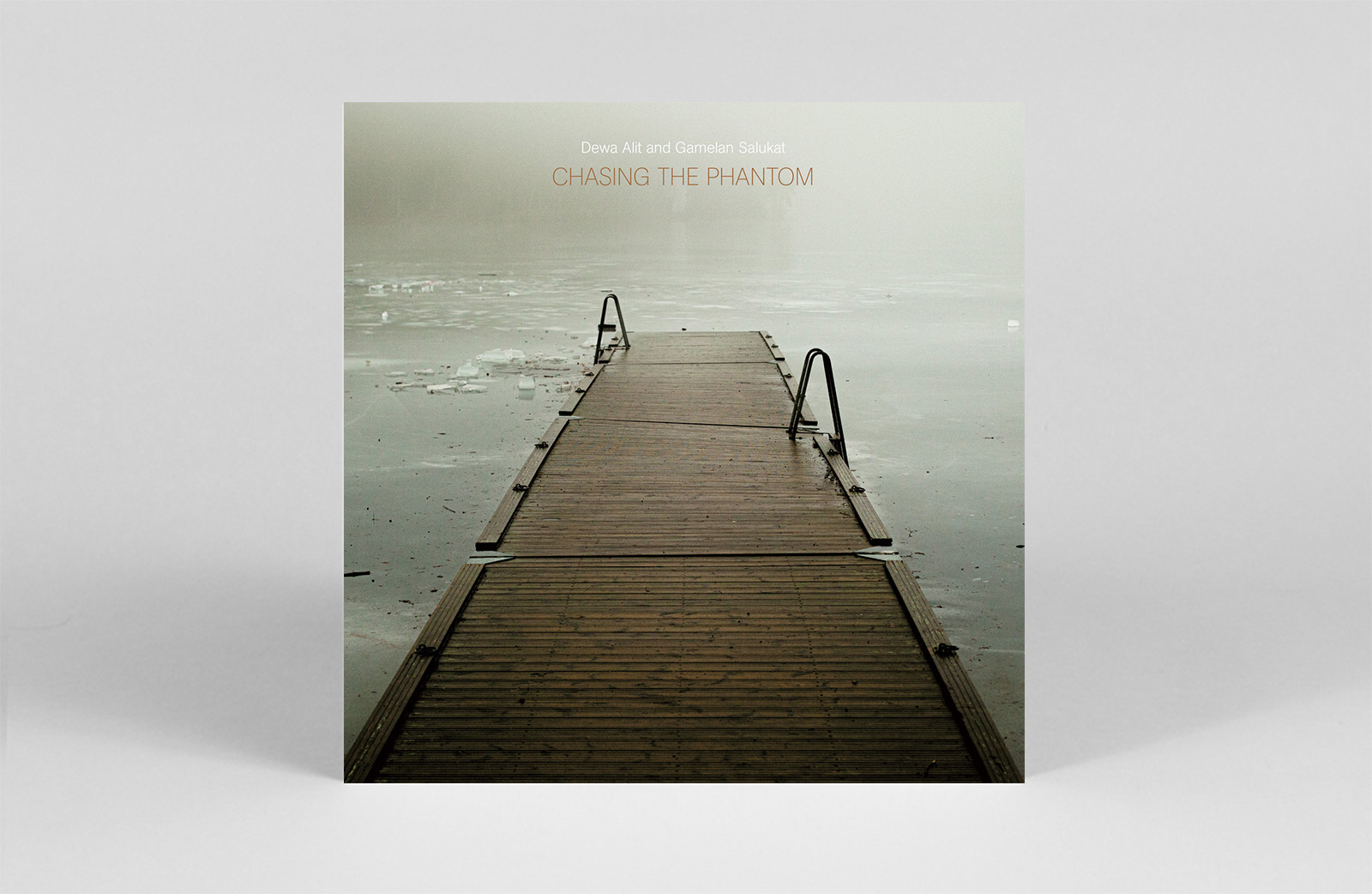 Gamelan at its finest, courtesy of the master Dewa Alit and his Salukat ensemble. The ensemble play instruments build to Alit’s specifications, and adopt a tuning system that melds different scales – providing a rich texture that’s unique to his works. These two lengthy recordings, the latter of which was composed during COVID-19 lockdowns, tussle with the pull of modernity on the traditional modes (including gamelan music) of Alit’s Balinese culture, and are ripe for engrossed repeat listens. – WP

Everything Everywhere All At Once soundtrack gets a vinyl release