This week’s rundown is by VF’s Will Pritchard and Lazlo Rugoff, alongside Annabelle Van Dort, and James Hammond. 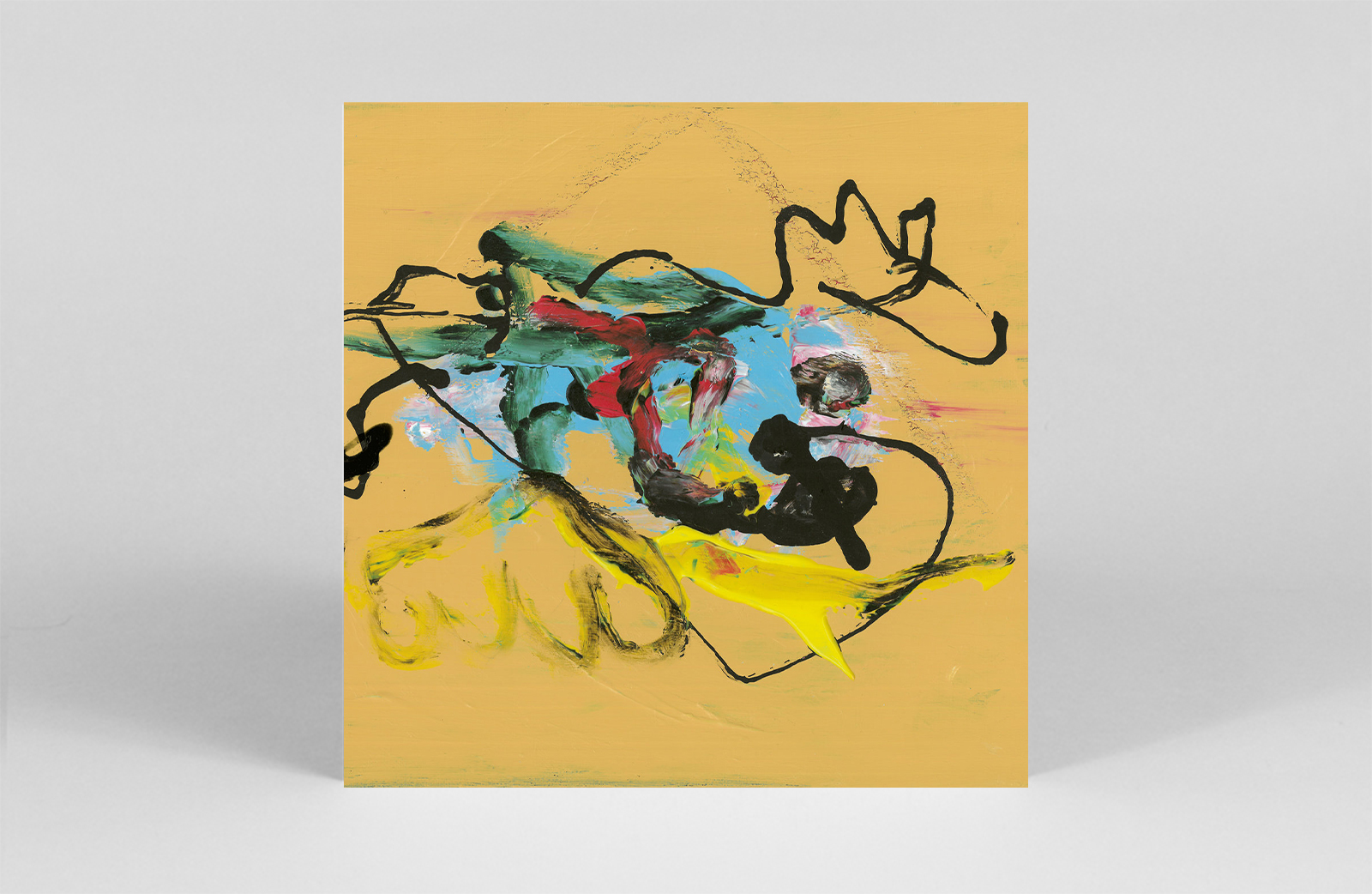 When Mule Musiq first released Fumio Itabashi, Henrik Schwarz, and Kuniyuki’s take on this Japanese jazz classic in 2021, a note accompanied the record: “the musics are simply gorgeous!” Now, offering a new iteration, Body & Soul’s Joe Claussell, stretches the original out beyond 16 minutes, sopped in running water, interrupted by cute hiccups, pipes, and pulsing arpeggios. By the time those sumptuous drums arrive, it all feels a bit giddy. Gorgeous! – WP 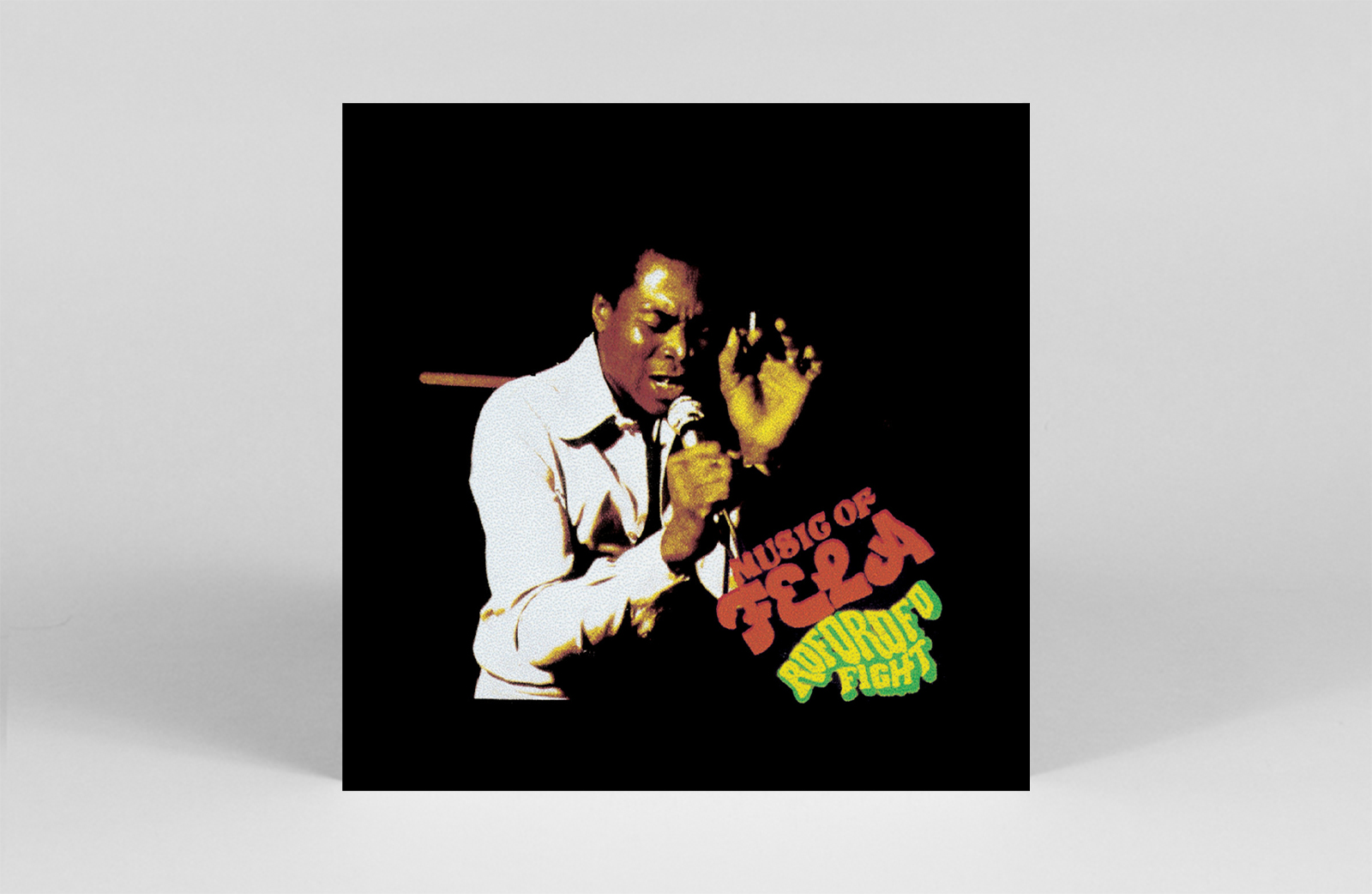 As a double album, Fela Kuti’s Roforofo Fight has been released and reissued in varying forms that have often split its parts or left out the ‘Shenshema’ and ‘Ariya’ singles. This edition from Partisan Records leads on from their expanded box set reissues of Kuti’s back catalogue and marks the 50th anniversary of Roforofo Fight by bringing the whole work together on vinyl for the first time: six long-form works that take in street fights, traffic jams and the social ferment of ‘70s Lagos. Taken as a whole, Roforofo Fight is a staple of Fela’s early work with propulsive instrumentation, variations in form, and Fela’s ever-agile voice and sax leading the way. – JH 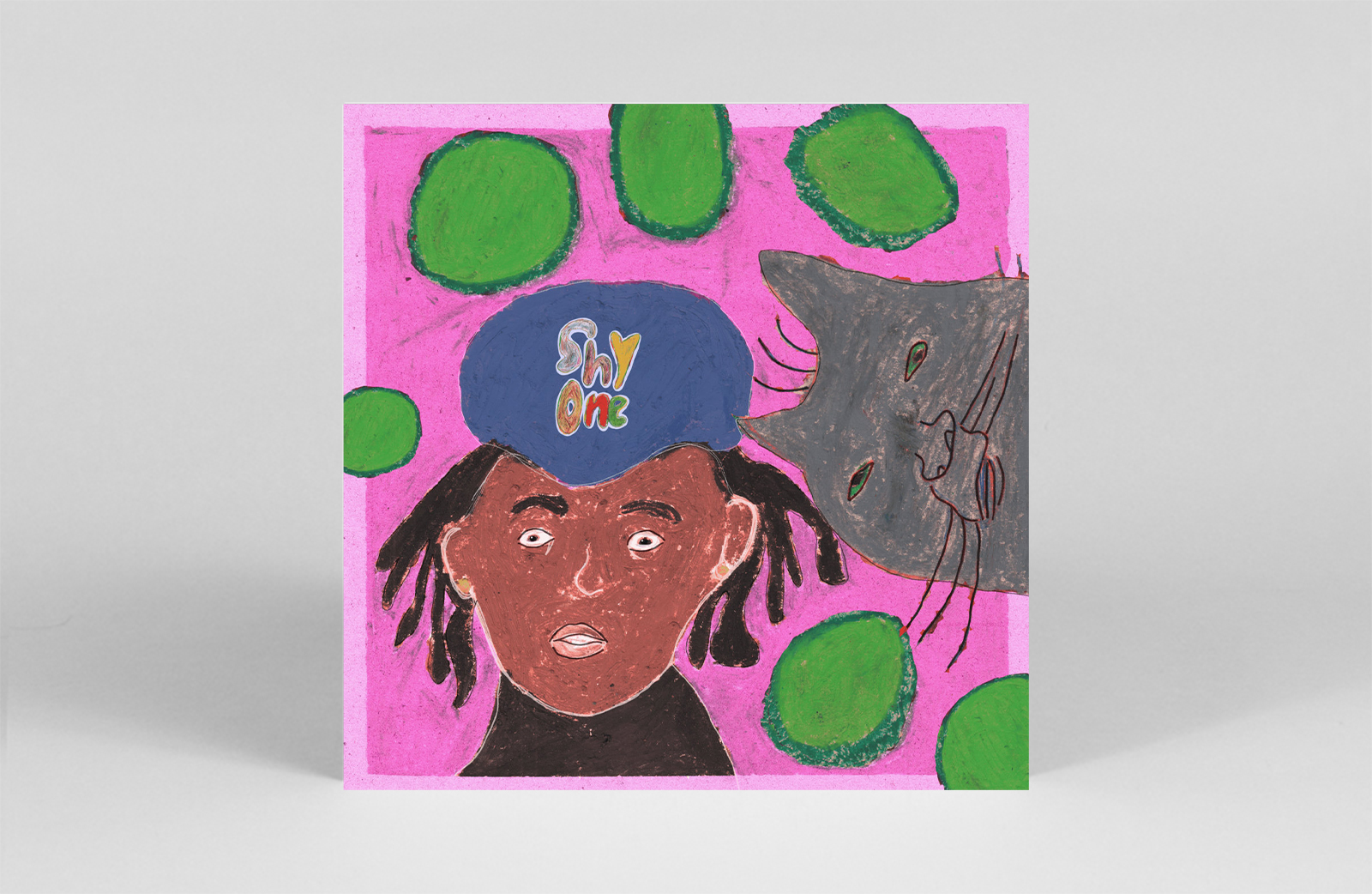 From The Floor To The Booth

London favourite — and meme selector — Shy One returns to Eglo Records with From The Floor To The Booth. Looking to the city’s underground sounds, Shy One plucks inspiration from the music of Soul II Soul, 4Hero, Loose Ends and beyond. The resulting five-track EP explores broken beats, jazzy rhythms, house, and electro flickers. – LR 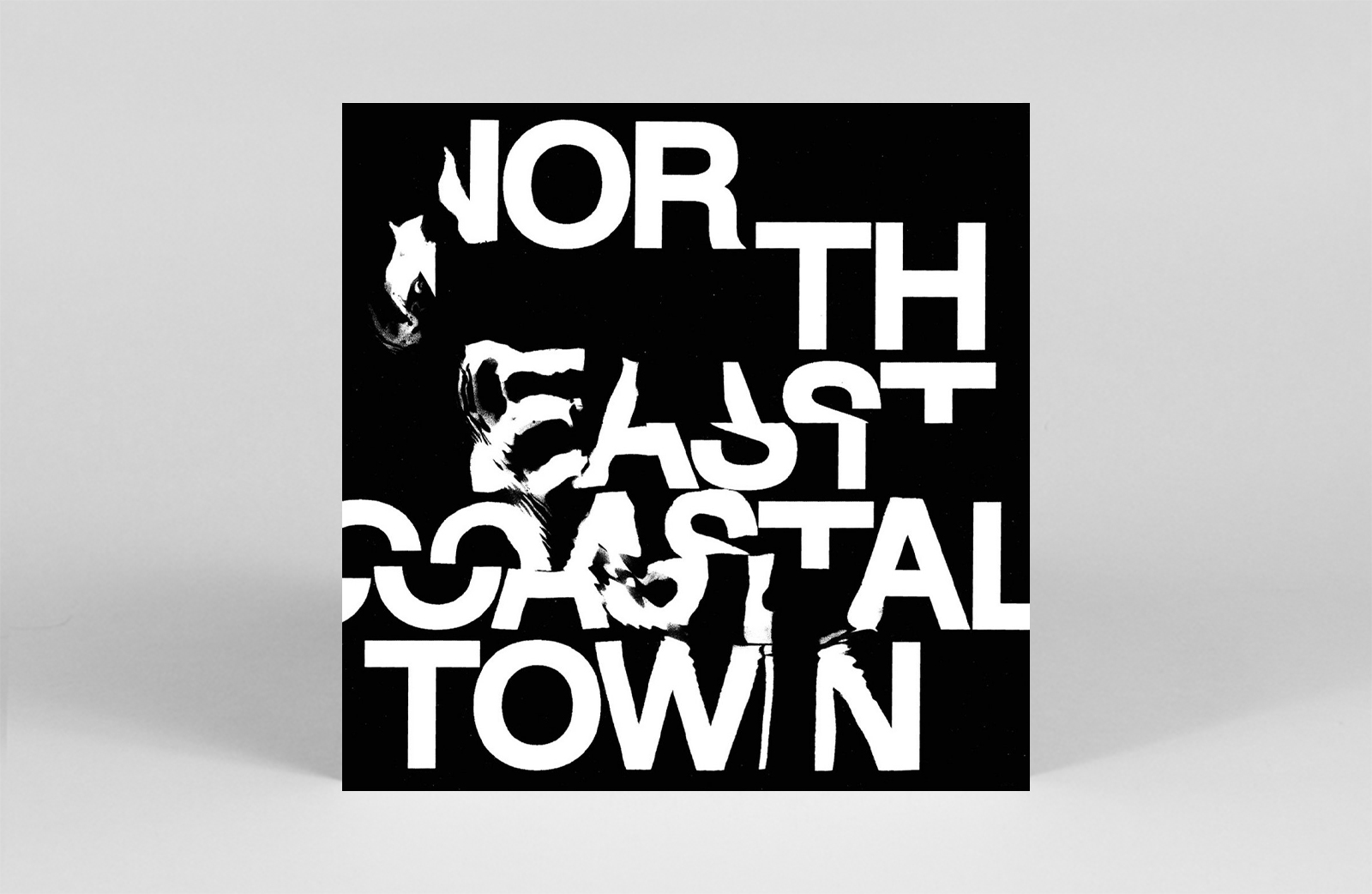 There’s something in the water in Hull, where the Humber continues to produce a steady flow of post-punk and new-wave excellence. Four-piece LIFE are chief among them, and on this, their third album, you get a mix of caustic social commentary (see: the refrain of “I’m…freaking out!” on ‘Big Moon Lake’), angular guitars, and fat rumbling bass licks. Thrilling, basically. – WP 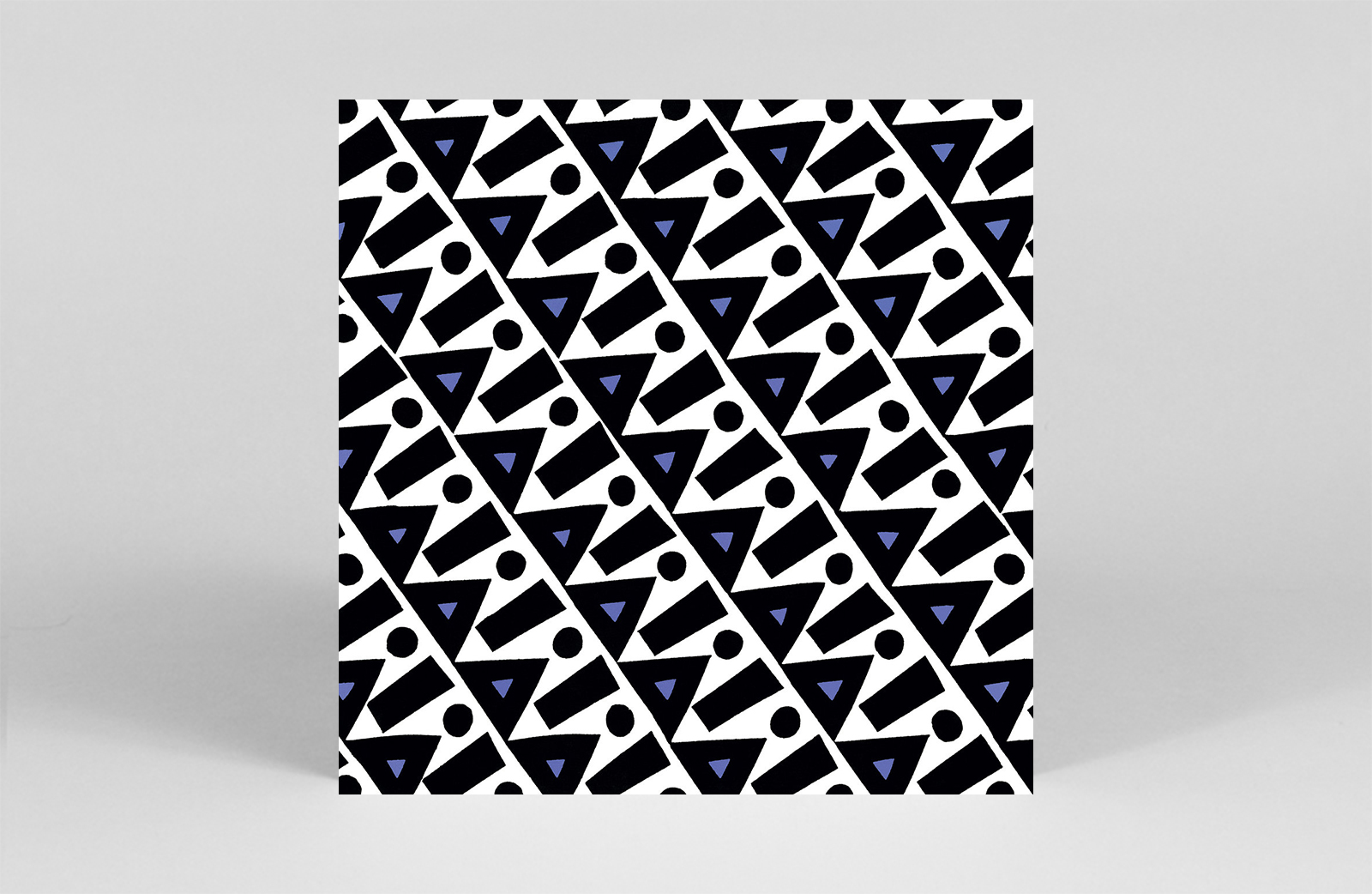 Flipping over the cover of Interior’s 1982 debut LP and looking at the intricate studio setup schematic on the reverse gives just some indication of the meticulous arrangements behind this Haruomi Hosono-produced album. Yet, for all its smooth edges, vivid sound design and lack of clutter, Interior’s electronic minimalism was approached with a certain sensitivity and warmth. Following on from the mid-80’s Windham Hill editions, We Release Whatever the Fuck We Want To continue their hot streak of Japan-centric reissues with this downtempo triumph. – JH 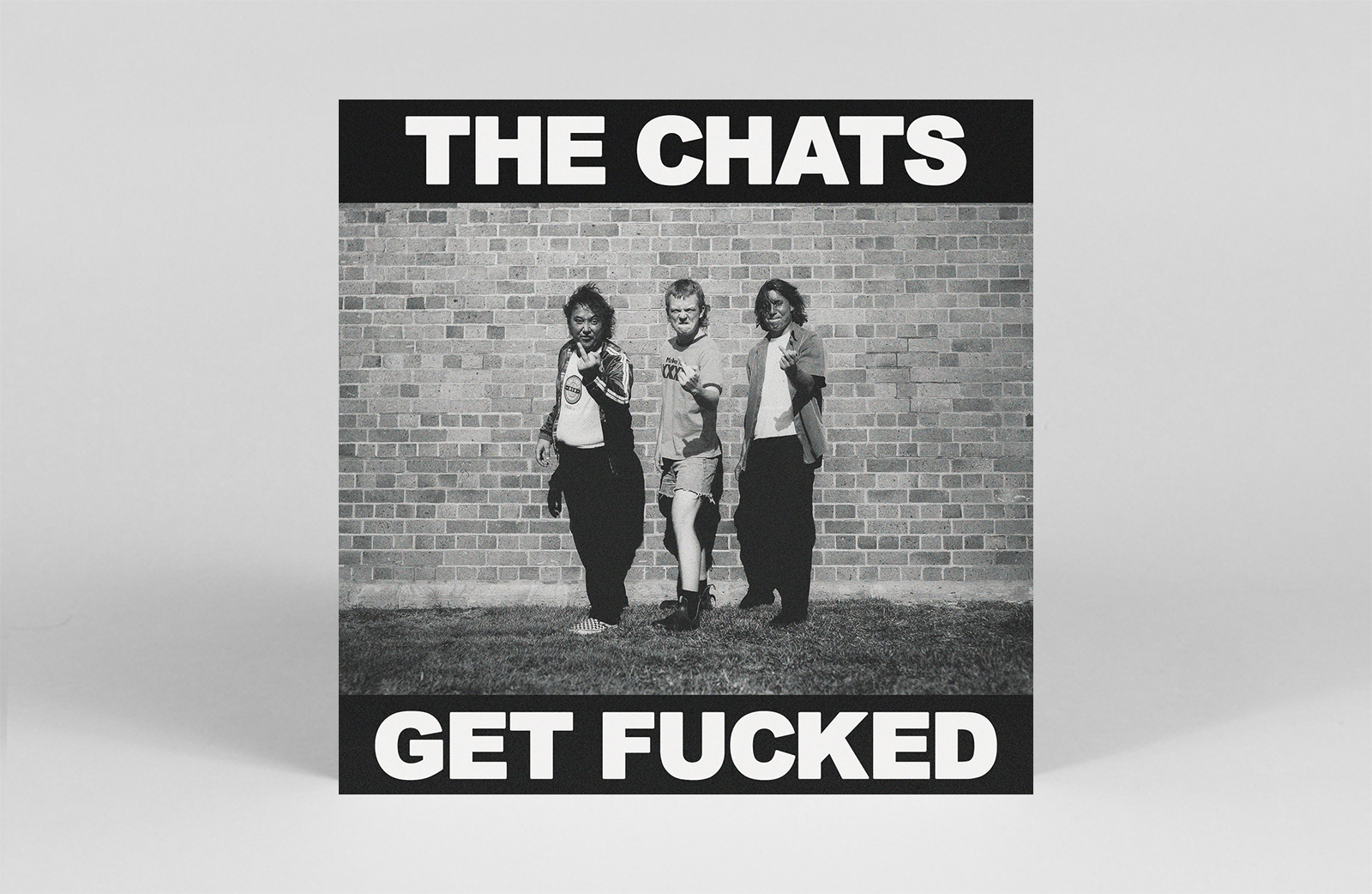 You might not think a squealy-guitar-wielding northern Australian shouting “Panic a-tack-tack-tack-tack-tack-tack” over and over again would be calming, and you’d be right. But The Chats aren’t here to deal in spa treatments. The Queensland three-piece channel all the best bits of Minor Threat or Black Flag (with the odd shred solo thrown in for good measure), but with at least half a tongue poked in cheek. Like an Antipodean Hives, swapping the crisp white suits for mullets and ripped jean shorts, on Get Fucked The Chats size up everything from ‘The Price Of Smokes’ to the no-frills joys of a six-litre GTR. – WP 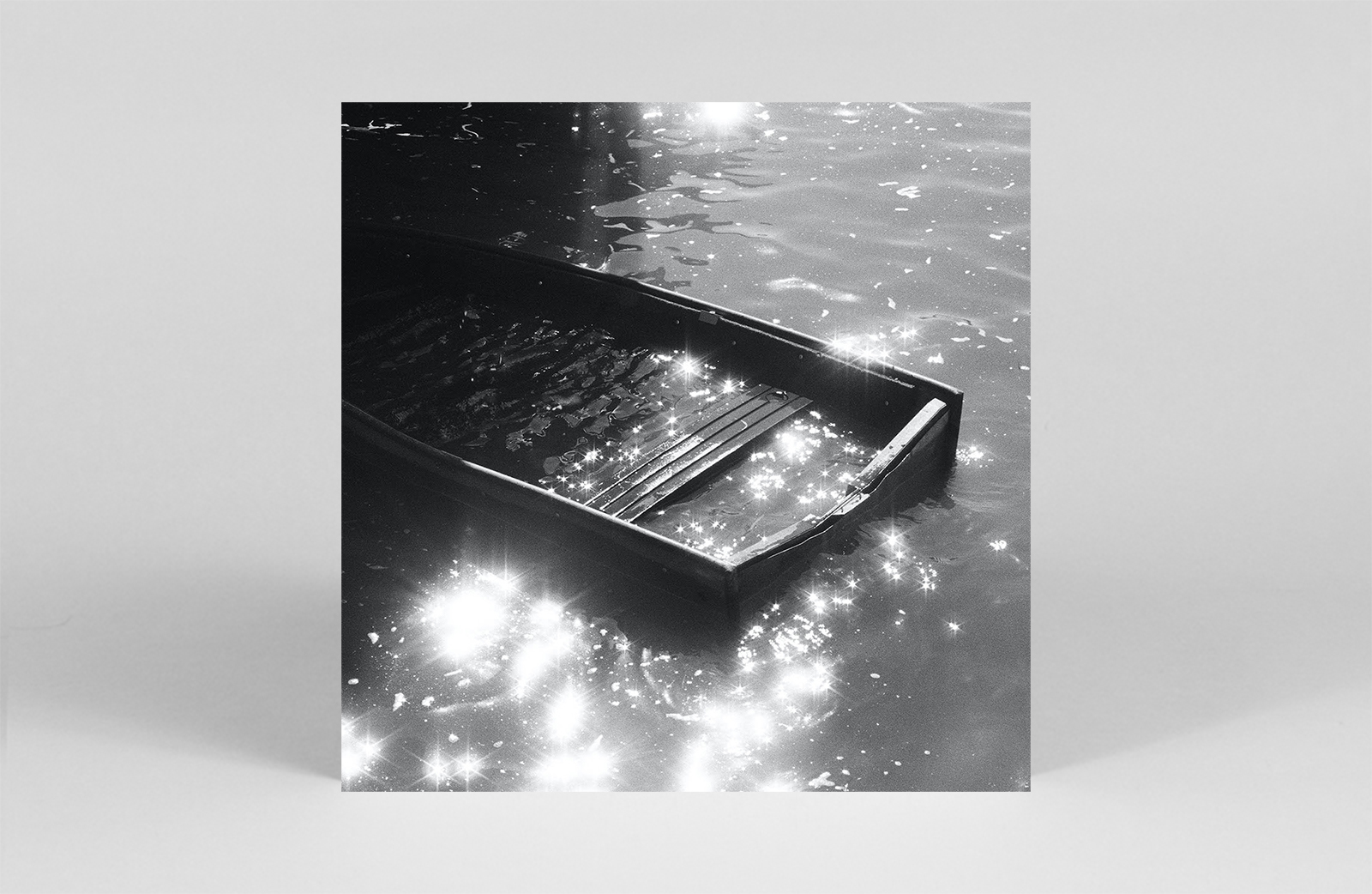 On his 10th album, Heartmind, Cass McCombs packages his existential wanderings into effortlessly catchy melodies, weaving expansive narratives that pack an insidious punch. The album serves as a showcase for McCombs’s songwriting versatility: ‘Karaoke’ emerges as a fully-formed pop-rock future classic, while tracks like ‘Belong to Heaven’ and ‘Unproud Warrior’ contain the dense lyricism and cast of haunted characters akin to the works of Dylan during his late-90s renaissance. Both parts emotive and enjoyable, Heartmind is the work of an artist operating at the highest calibre. – AVD 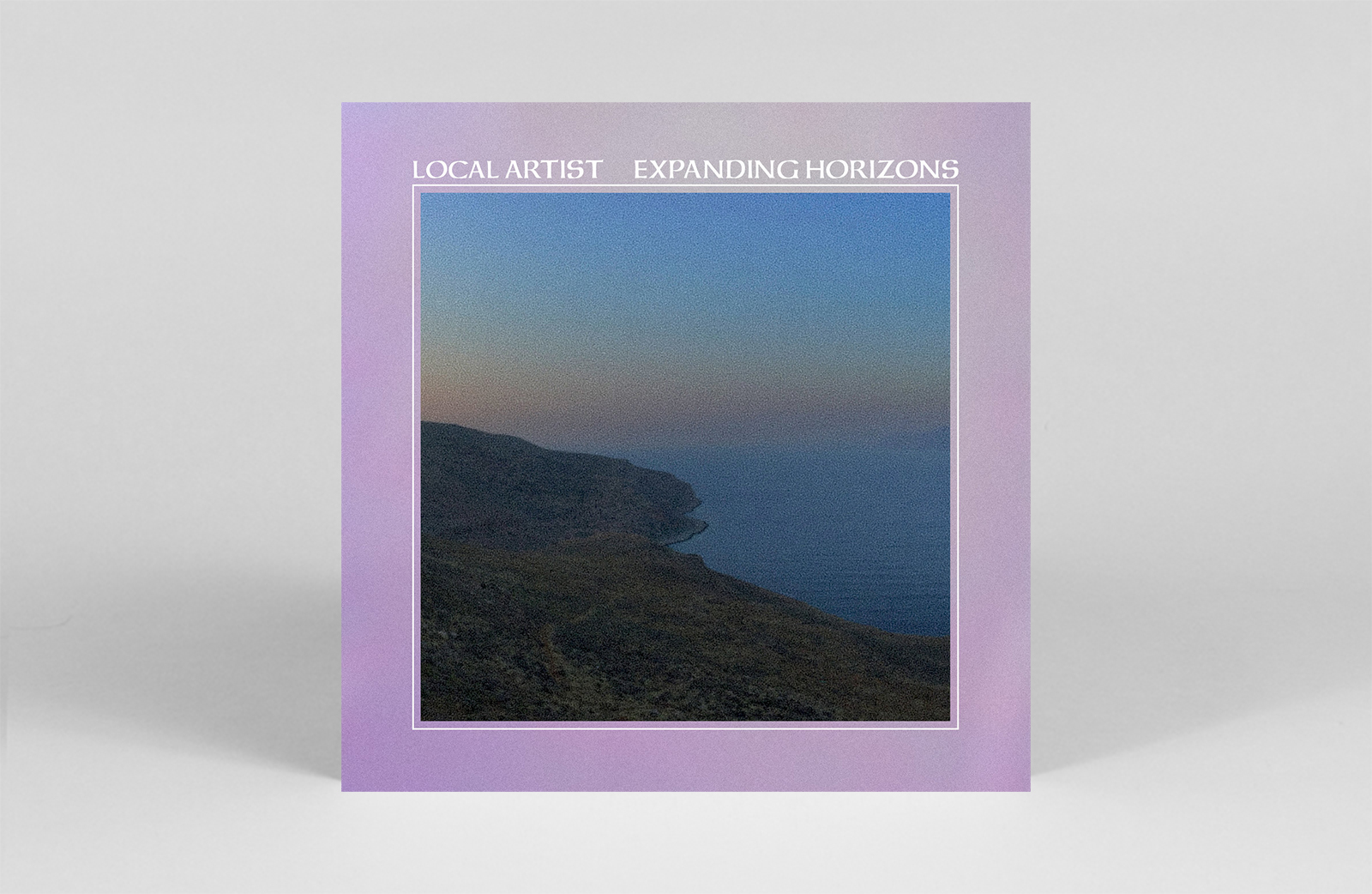 Local Artist, aka Ian Wyatt, steps up on Mood Hut for his debut album, Expanding Horizons. Wyatt recorded the album while watching his father and partner both deal with cancer, channelling his feelings of love and loss into melancholic electronic soundscapes. As Wyatt puts it: “The sun is setting on our old selves.” – LR 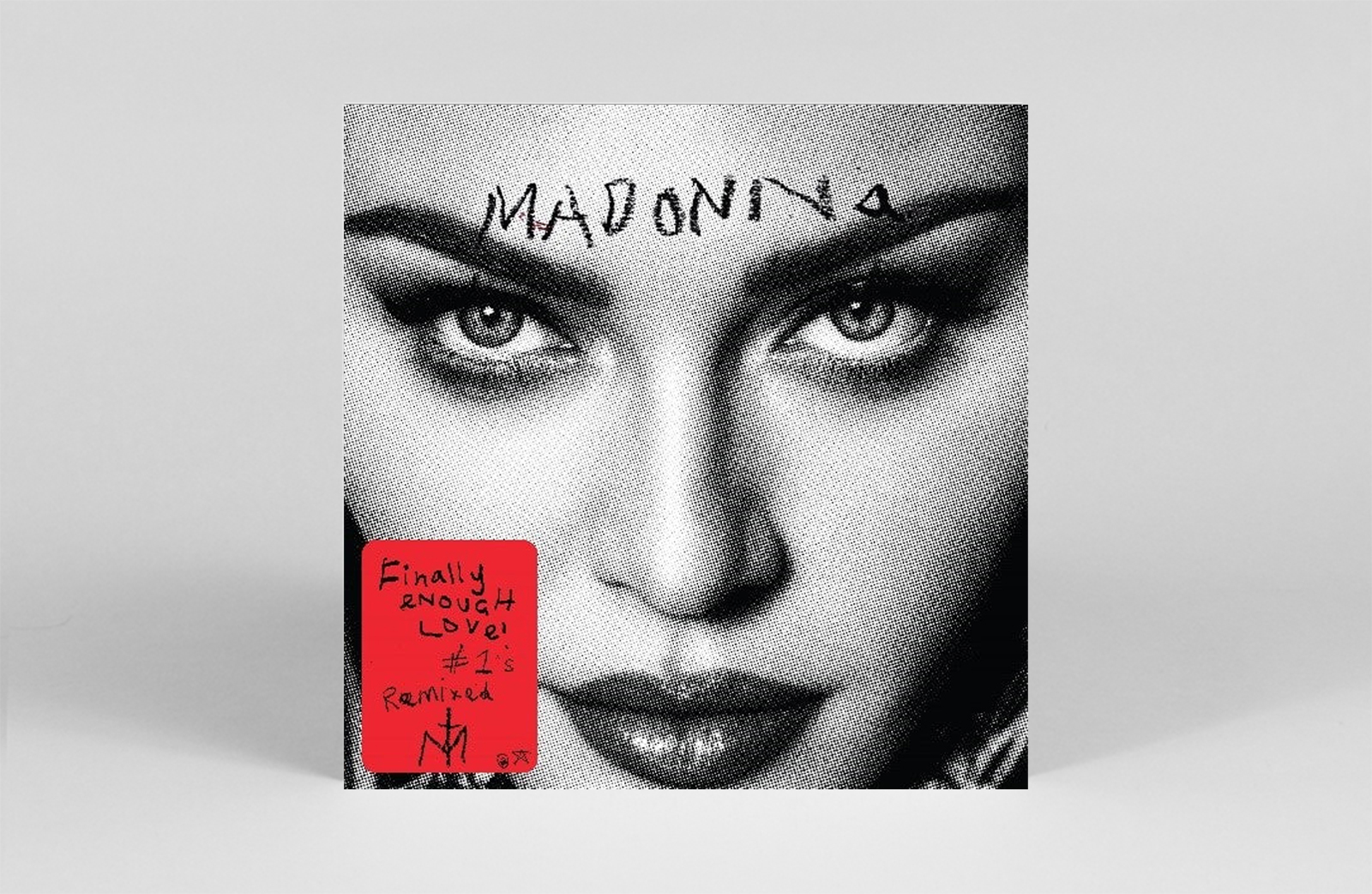 While a 16-track teaser of Finally Enough Love was originally released in June, the anticipated full package has finally arrived. Celebrating 50 Billboard Dance Club number one hits — the milestone Madonna hit in 2020 with ‘Girl Gone Wild’ — the compilation features remixes from artists including Honey Dijon, Felix Da Housecat, and Bob Sinclair, as well as previously unreleased material. Standouts include a remastered 7” version of ‘Like A Virgin’, and a radio edit of Madonna’s cover of ‘Fever’. Get into the groove. – LR 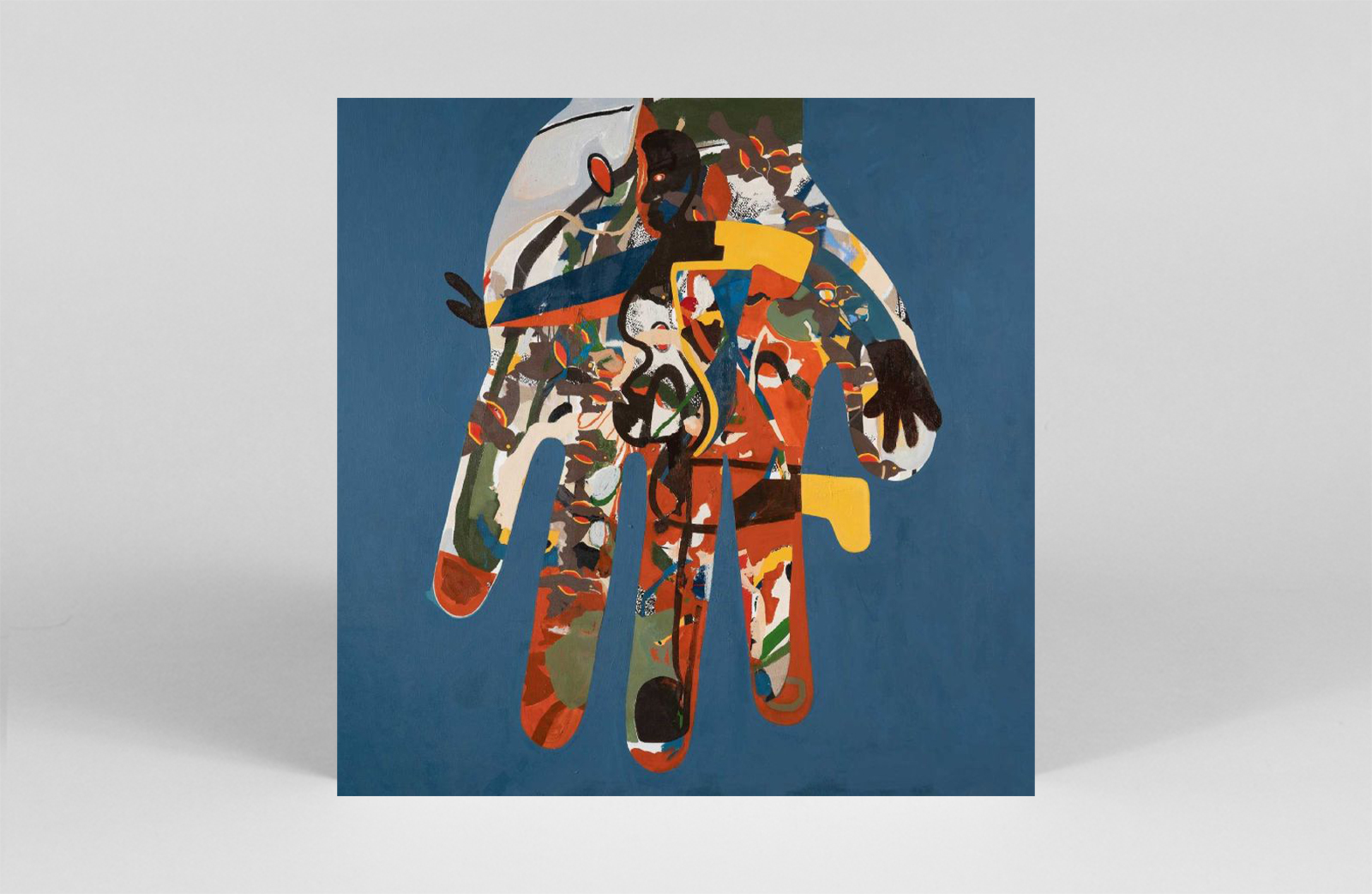 Hot Chip return with a record brimming with dancefloor-ready grooves that hark back to the high-energy rhythms and new wave experiments of the 1980s New York Scene. Lead singles ‘Down’ and ‘Freakout/Release’ channel the unruly funkiness of ESG and Konk, far removed from the underlying melancholy of their previous work. Whilst the album’s second half doesn’t quite hold up to the momentum of the earlier tracks, Freakout/Release marks an exciting new chapter for the London-based group. – AVD