This week’s rundown is by VF’s Will Pritchard and Lazlo Rugoff, alongside Alice Whittington, Annabelle Van Dort, Emily Hill, and James Hammond. 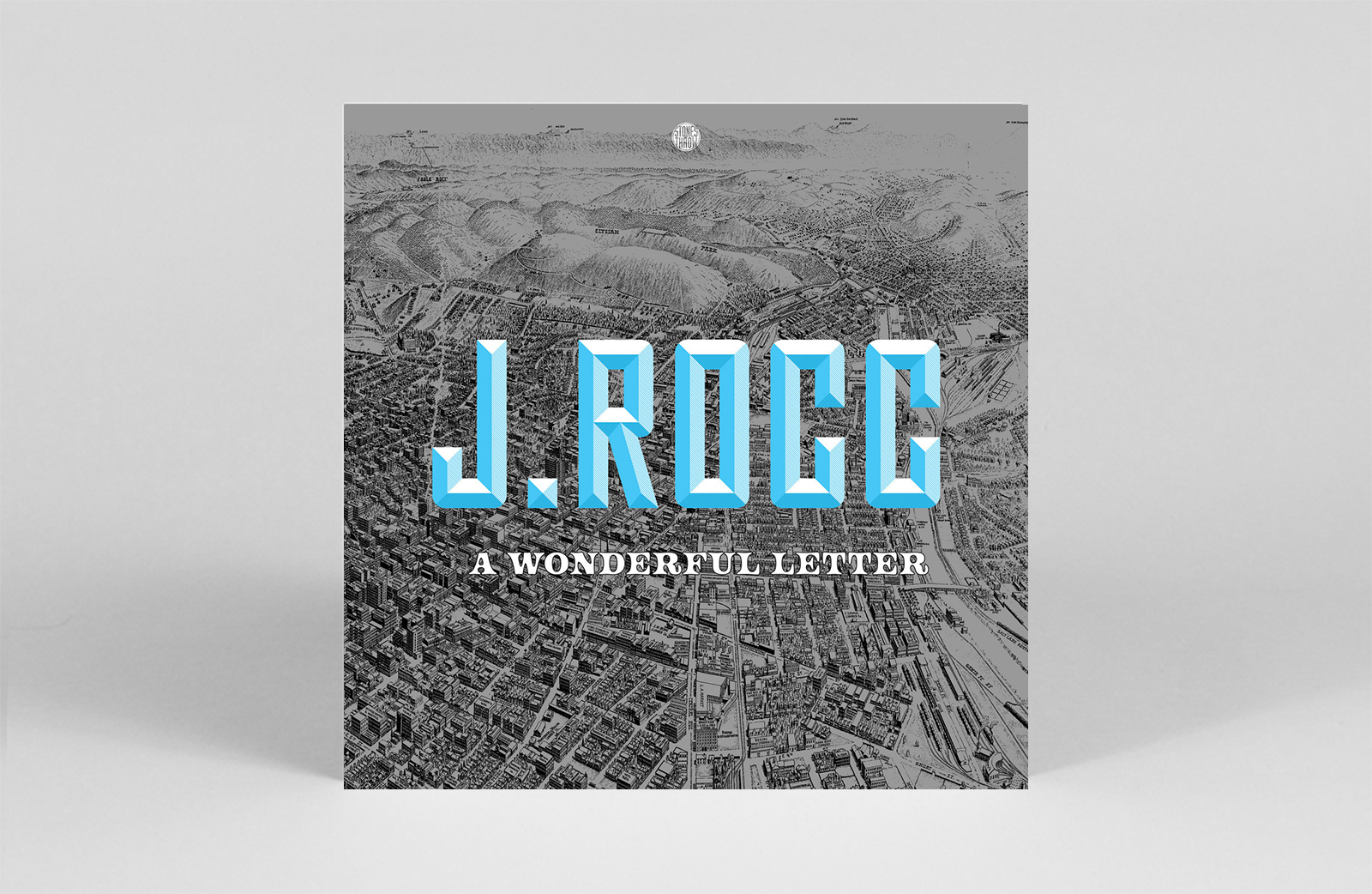 Collage and collision are the dominant modes on J. Rocc’s love letter to his hometown of Los Angeles. A Wonderful Letter plumbs the city’s vibrant beat scene for hazy hooks and smart licks. Over 15 tracks it swings from head-banging bops (‘L.A. Anthem’) to smooth rollers (‘Go!’) and laid-back riders (‘The Changing World’). You can still smell the perfume on this one. – WP 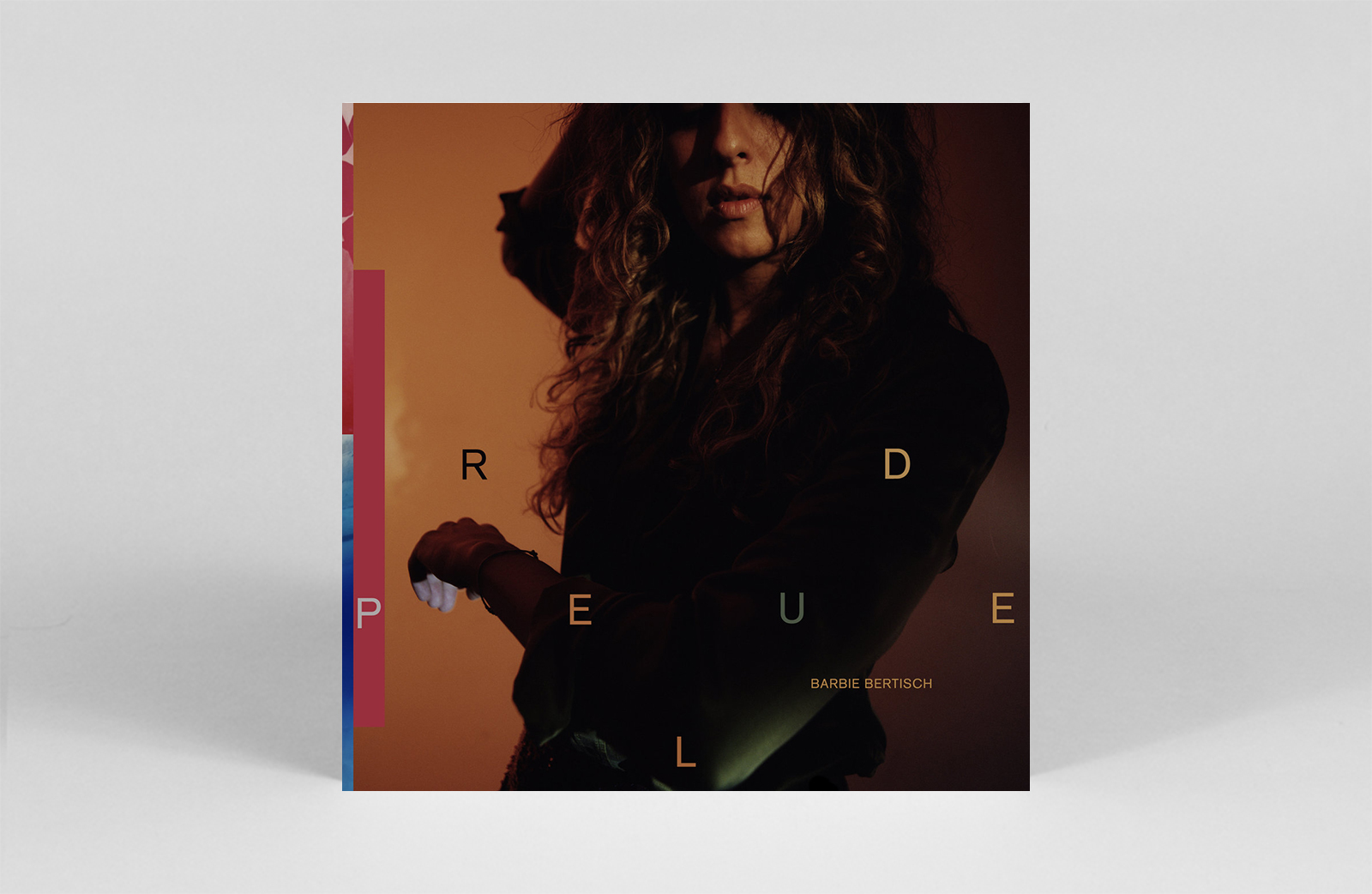 Prelude was born during the COVID-19 lockdowns, as Barbie Bertisch began compiling music in various forms of completion. Chronicling five years of her life, the album charts her own personal developments and faith in her own musical talents. In doing so, Prelude journeys through melancholy ambience, heady bass lines, subtle synths, and soft keys. If this is Barbie flexing her musical confidence, then the future looks bright. – LR 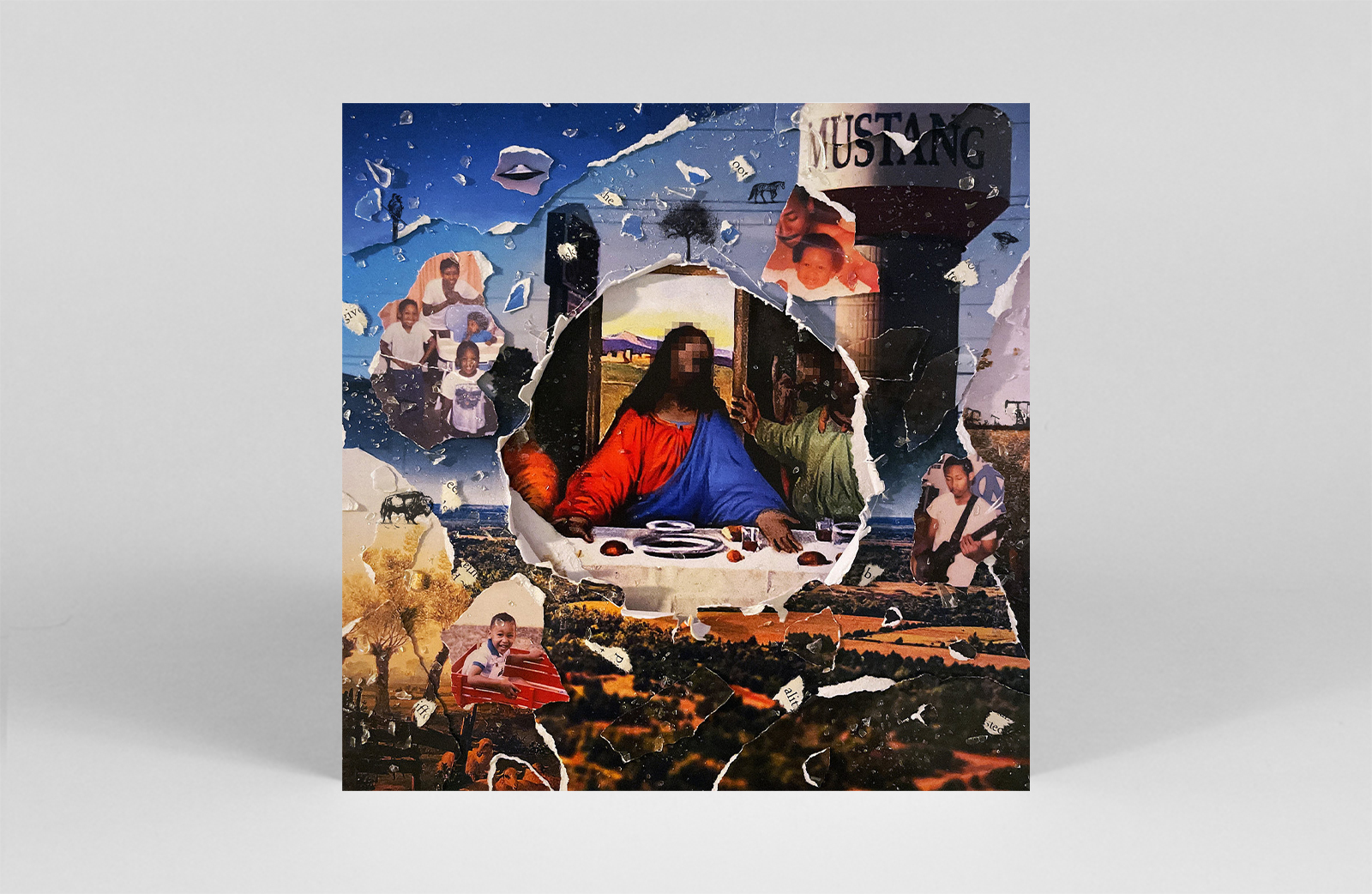 On his impressive sophomore effort, Farm to Table, indie-rock shapeshifter Bartees Strange proves that his explosive 2020 debut was no accident. Strange’s poignant lyricism takes centre-strange throughout; this is an album littered with beautifully crafted songs, packed with visceral details and heavy with emotional rawness. He shifts through genres and moods with an unmatched versatility. On standout single ‘Cosigns’ he combines auto-tuned trap vocals with DIY post-punk production —drones of echo and reverb which reverberate with underlying angst. – AVD 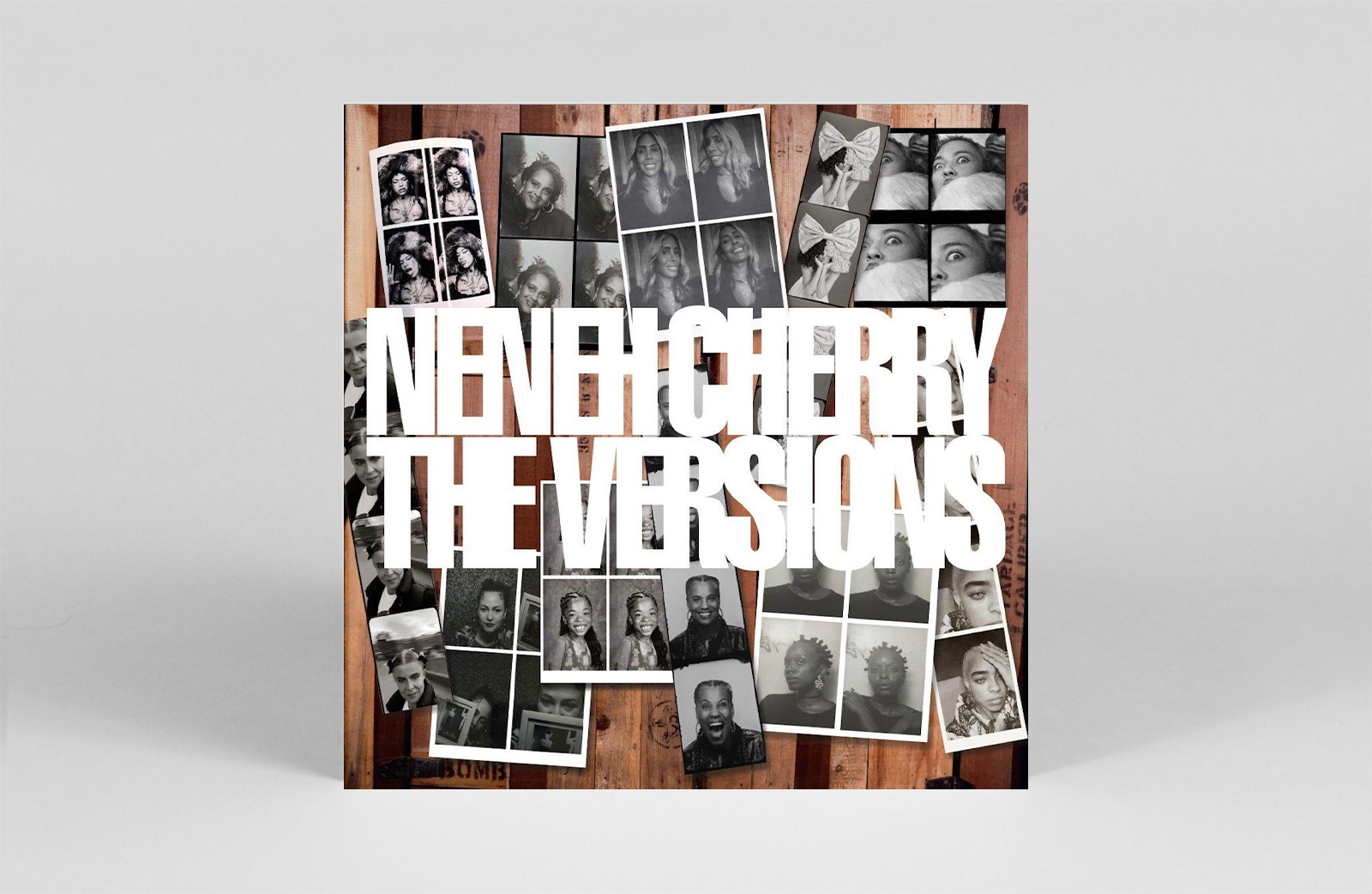 Welp – the guestlist for this reinterpretation of Cherry classics is eye-watering. It spans from established superstars to rising ones, and none disappoint. Neither do the producers, who maintain the stylistic essence of the original songs – not pushing their own agenda but instead paying humble tribute to Cherry’s impact on musical history. Robyn’s voice lends a sultry tone to a laidback ‘Buffalo Stance’, while Jamila Woods channels Erykah Badu-attitude on ‘Kootchi’. Even Cherry’s daughter TYSON appears on ‘Sassy’ with a jazzy r’n’b version. Simultaneously familiar yet fresh, this is a masterclass in A&R matchmaking and how to revitalise a proven catalogue. – AW 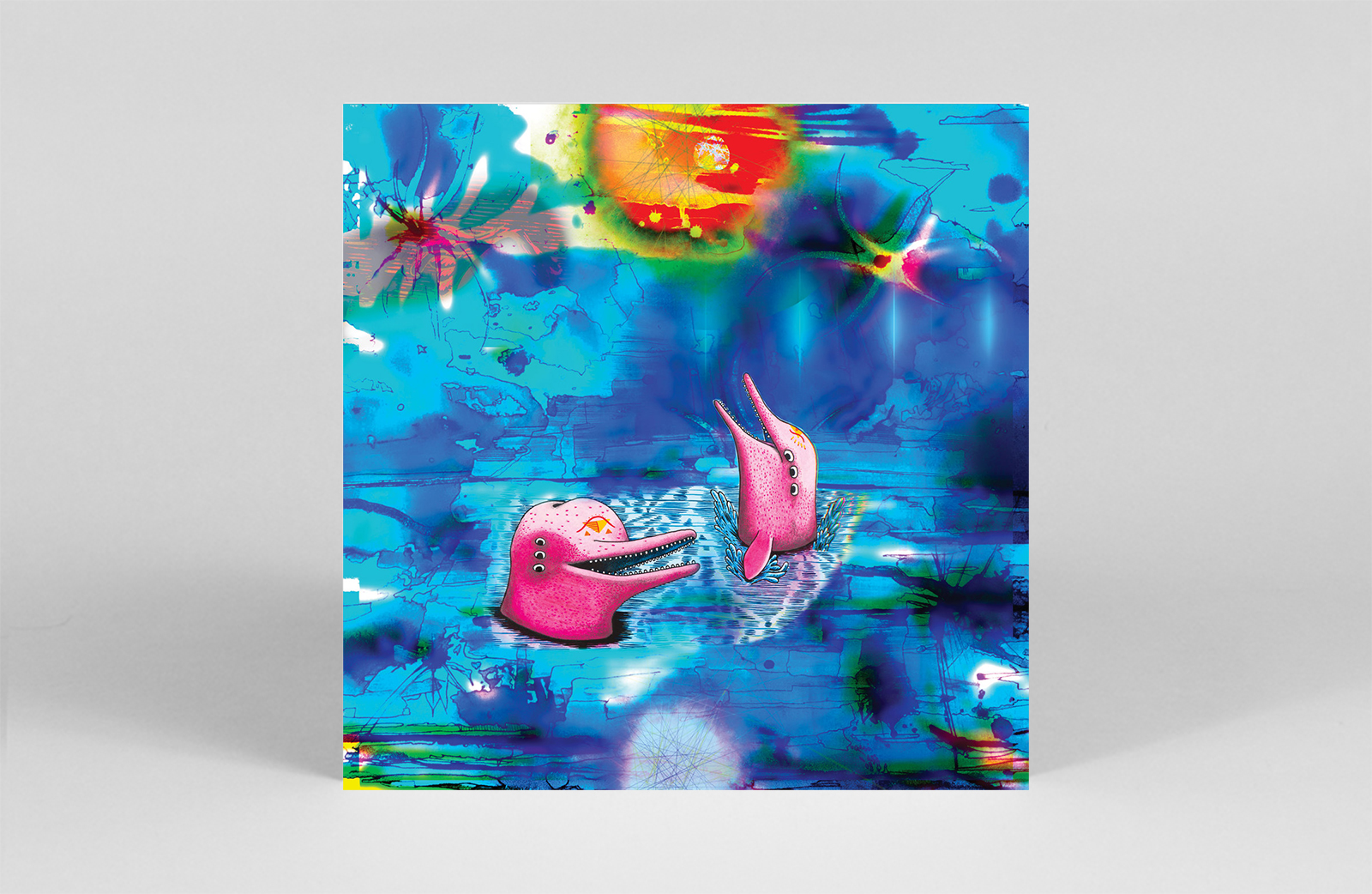 Anteloper’s Pink Dolphins takes the acoustic foundations of Jaimie Branch’s trumpet and Jason Nazary’s percussion and meets it with a heady dose of electrification and experimentation, pooling soundsystem culture, genre cross-pollinations and the questing spirit of Miles Davis’ Live-Evil. The loud, playful artwork serves as a fitting primer to the vibrancy of sounds within, and as a distillation of the duo’s instinctive interplay and expansive approach. Alluring layers of sound are furthered bolstered by the production and musical contributions of Tortoise guitarist Jeff Parker. – JH 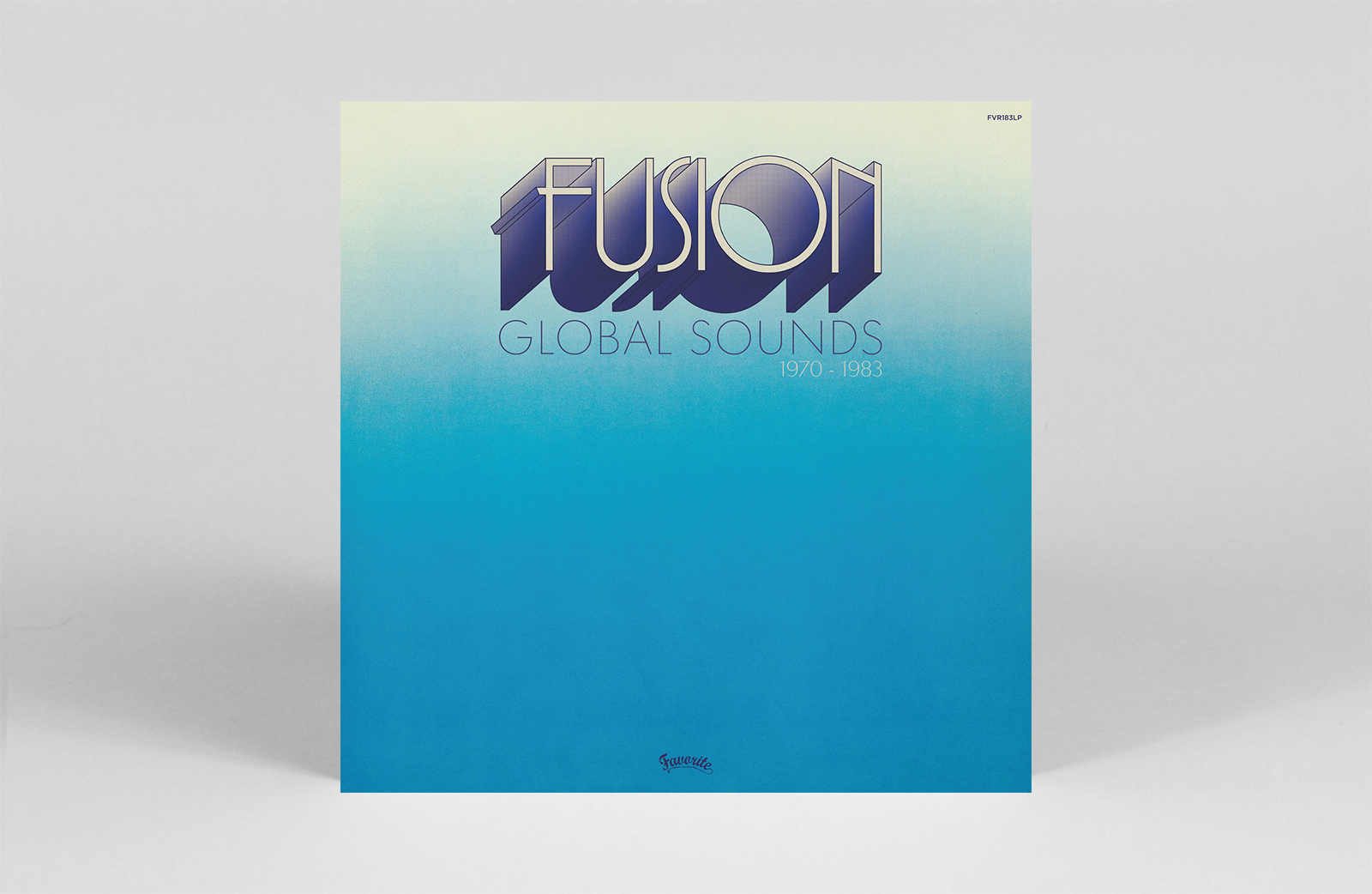 For its latest compilation, Paris’s Favourite Recordings explores the more obscure corners
of ’70s and ’80s jazz funk and fusion, unearthing little-known gems from New Zealand,
Uruguay, France, Spain and South Africa. Compiled with care by label head Charles Maurice – the tastemaker behind the much-lauded AOR Global Sounds, French and Brazilian Disco Boogie series – this is a collection which exudes an effortless cool. From the strutting Head-Hunters influenced basslines on infectious opener ‘Buster’ to the lilting soprano vocal lines and twinkling Rhodes solos on ‘Hello Mr. Acuvis’, each track passes into the next like a gentle breeze on a summer’s day. A joy from start to finish, Fusion Global Sounds showcases the virtuosic talents of its featured players, making a strong argument for them to receive greater recognition outside of niche circles. – AVD 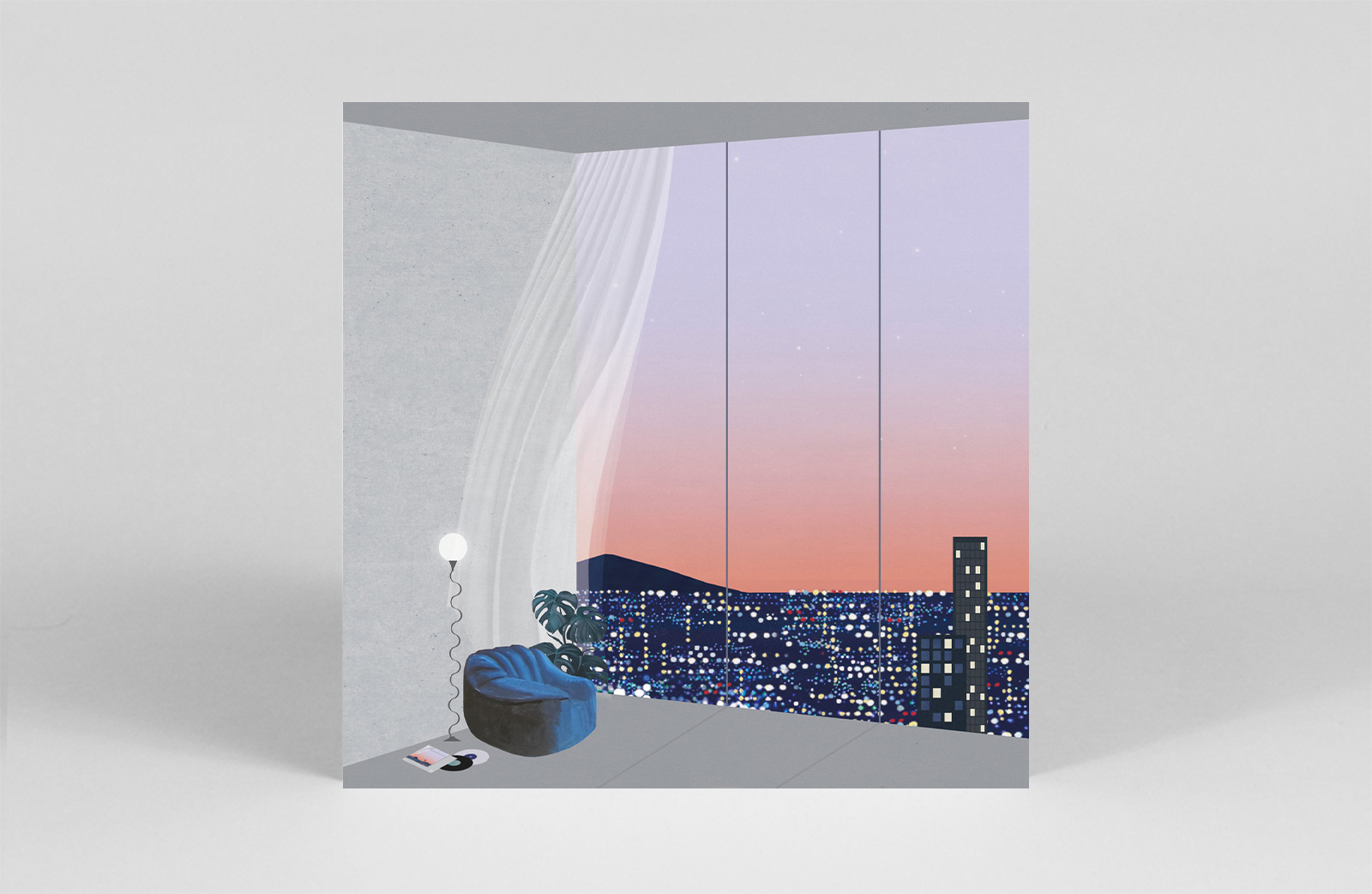 What Do The Stars Say To You

Ron Trent is rightfully cited as a house music legend, but What Do The Stars Say To You serves as further evidence of his ability to move far beyond the strictures of genre and dancefloor expectation, and to create structures that feel open to creative impulse. For this, his first LP in 11 years, Trent brings a host of like-minded musicians on board – and “each track [is] made with the guest in mind.” Considering that those guests include the likes of Khruangbin, Jean Luc Ponty, Gigi Masin, and Ivan Conti and Alex Malherrios of Azymuth, sublime instrumentation and some laid back vibes are assured on this set of season-appropriate stunners. – JH 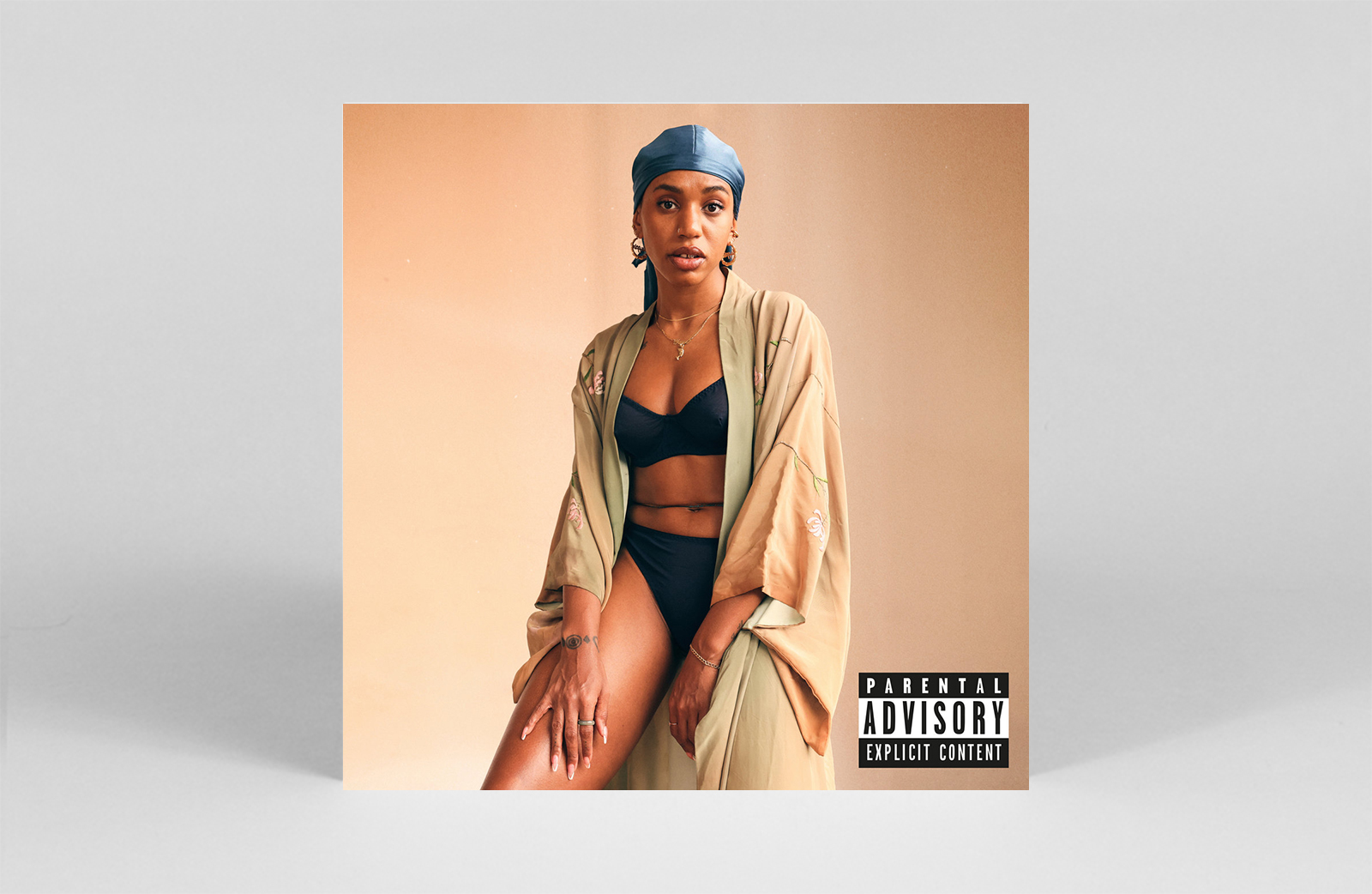 Big Dada offers up an incredibly raw narrative-led R&B hybrid from NYC’s Yaya Bey. Bey is a critically acclaimed multidisciplinary artist and curator, and Remember Your North Star is a complex body of work, spanning 18 compositions and an array of styles – traversing jazz, soul, Afrobeat, and hip-hop. The album explores the emotional, kaleidoscopic nature of life, specifically the life of Black women, and unpacks generation trauma, misogynoir and opens the horizons of self empowerment and love. – EH 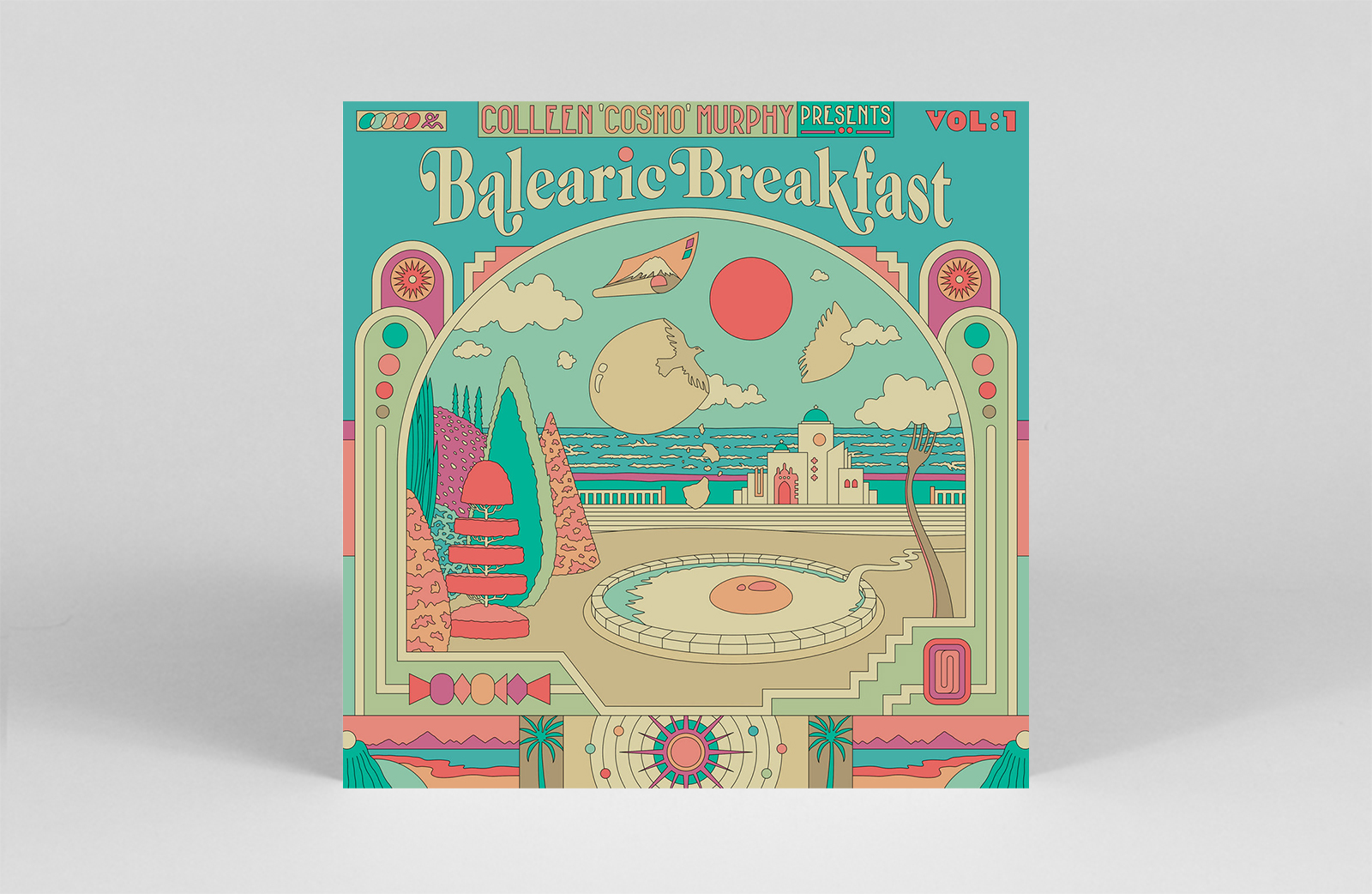 With a pedigree like Colleen ‘Cosmo’ Murphy’s, it’s fair to expect great things. Needless to say, she delivers wholeheartedly with this debut compilation based on her popular radio show. The ‘Balearic’ genre is amorphous; given its name is derived from the islands off the coast of Spain, it’s more like music of a geographical mindset than a specific style. Think ’80s-’90s electronic nostalgia, Mediterranean summer holidays, hedonistic nights of dancing followed by golden sunrises on the beach. It’s good to see the compilation start off with a 1989 track from a Spanish act, Joan Bibiloni – after which the comp ventures into mainly modern interpretations of the genre from around the world, including Friendly Fires, Mildlife, and Lady Blackbird. – AW 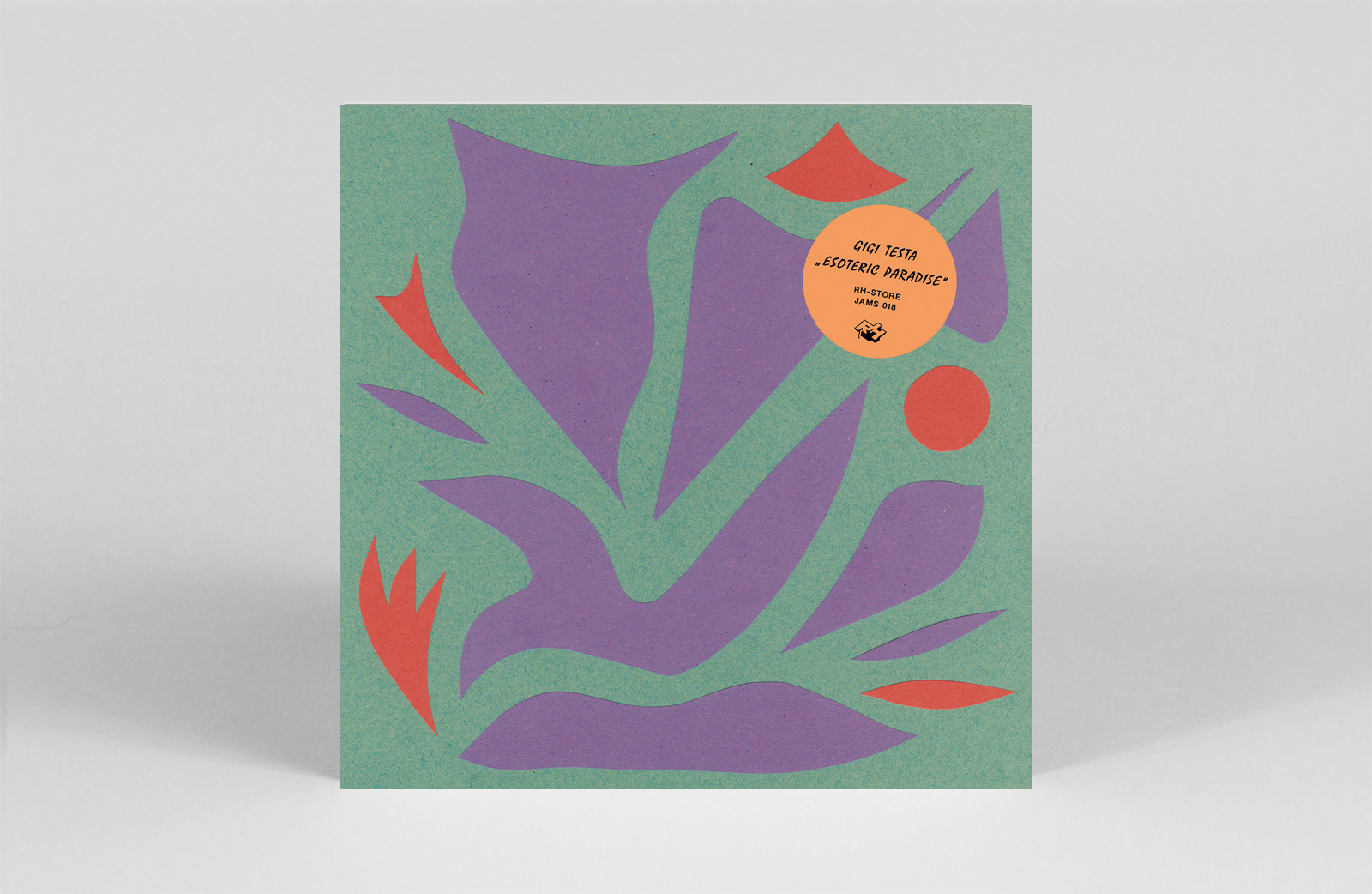 Napoli has offered many delicious musical fruits over the years, and the latest offering – via Rush Hour Music – comes from one of the city’s most talented names. Gigi Testa is not a name necessarily known outside of his home terrain, but he’s regarded as an all time local legend on his own turf, and one who regularly descends upon the decks at popular parties across the city. Esoteric Paradise draws directly from these musical surroundings and its legacy over the last 40 years, as Testa incorporates dreamy pads, South African-inspired house, and sublime Balearic, cowbell-led dancefloor moments. – EH