In the decade that she’s been DJing and producing (via a background in theatre and writing and the realisation that music could “express the inexpressible”), Chicago-based Ariel Zetina has established herself as a singular artist whose productions and mixes evince the deep level of thought and care that goes into her work.

Her productions are at turns angular and fluid, and her contribution to the influential Discwoman mix series remains a standout.

Readying for the release of her debut album later this year, Zetina also balances a healthy touring schedule with work that celebrates her community, whether that’s hosting trans electronic music seminars or working at Chicago’s Voice Lab, specialising in gender-affirming voice training.

She talks about one of the records that brought her to this point.

Ariel Zetina’s voice is shot. She’s got a nasty cough (not COVID), prolonged by parties and trying to talk in loud places — “I was at Tinashe and I was yelling” she says — but her demeanour on our video call betrays any sign of illness. Zetina is open, warm, and smiles often, eyes sparkling behind pastel pink frames. Her erudition across music and the arts is casual but obvious as she flits from topic to topic, and when she admits to ambitions of “slowly but surely trying to get hired as a college professor without a master’s,” it seems like a perfectly reasonable plan.

Her chosen album is the work of another artist who has always defied convention: fiercely talented pop oddball Grimes. In 2012, when Grimes released her third and breakthrough album, Visions, Zetina had just moved to Chicago and was making music as Unicorn Florida and with performance art group WITCH HAZEL. “A friend of mine was working at a radio station and she got a promo copy [of Visions] and made a copy for me and I was like ‘Wow, this is truly great’,” recalls Zetina, who had counted herself a fan of Grimes’ previous two albums after being turned onto the Canadian upstart by a friend a year earlier. 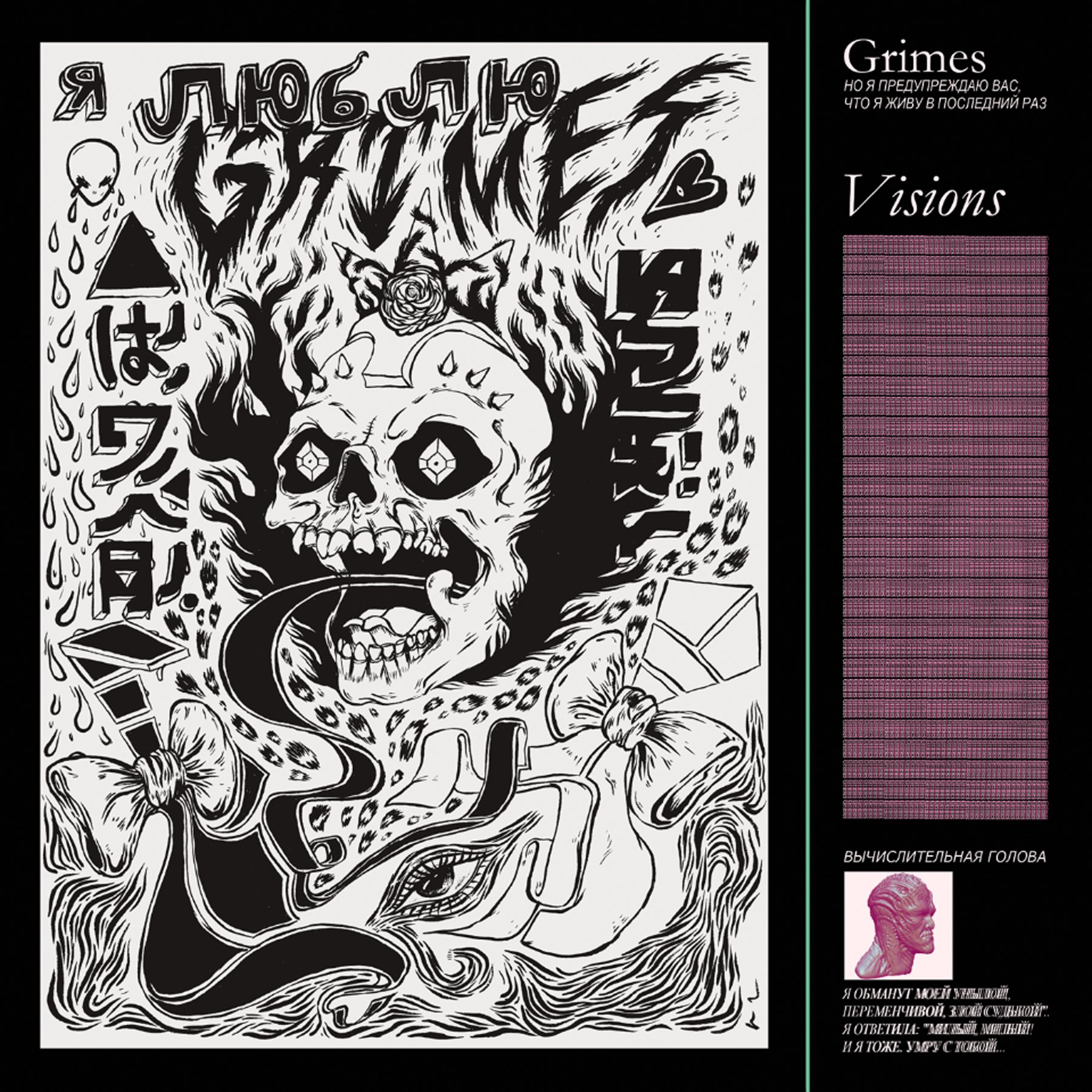 Zetina credits Visions with steering her own music at the time towards a “darker sound,” and one punctuated with persistent kicks and hi-hats, grounded in a familiar but expansive structure.

She was transfixed by Grimes’ vocals too – not her voice, per se, but the way she used it as an instrument in its own right. “That really opened my eyes,” says Zetina. “Also, the fact that she’s not a trained singer, she’s doing this in this very specific way. As a producer, I previously felt that everything was so inaccessible, and she really made [me feel] that you can make electronic music in this way, that anybody can do it.”

Grimes’ vocals encouraged Zetina to experiment with voice as a textural detail in her own work, with skill and elocution being tertiary concerns. On her 2019 Organism EP, her own vocals are pitched to a subaquatic warble on ‘Water Nymph’, as if sung while blowing bubbles underwater, while on ‘I Miss The Sea’, Paula Nacif’s airy vocals are complemented by sirenic synths that nod to Zetina’s Belizean background.

Water has been a recurring theme in Zetina’s work, and she credits Grimes’ ‘Know The Way’, the closer on Visions, with providing the “perfect water sample” for inspiration: a calming, flowing stream that features with varying prominence throughout the track.

Asked for her standout track on the album, Zetina picks ‘Oblivion’ – also named by US music bible Pitchfork as the best song of 2014 and, in 2019, the second best song of the decade. It’s a hypnotic, eminently danceable document of surviving a sexual assault.

“‘Oblivion’ is always what first comes to me, I used to watch that video all the time and I think I’m just a sucker for arpeggios,” says Zetina. “It’s just an amazing arpeggio over and over and over and it really trusts itself with that.” She doesn’t often play the track when DJing, but it never fails to trigger squeals when she does. “Every time I play it, there’s always a group of people that come onto the floor to dance,” says Zetina. “I love that that song still has that hold on a lot of people.”

Grimes’ unhinged hyperpop isn’t necessarily an obvious reference point when thinking about Zetina’s clubbier, techno-led releases. But, Zetina says, “those that know, know how I’m influenced by her.” Indeed, closer inspection reveals the outsize impact Visions has had on her creative evolution. If not in the form of “glitchy pop”, then in walls of sound, fanged etherealism, and a rule-shrugging approach to production – the kind that typically yields truly innovative results.