From Detroit to Jo’burg, we’ve selected the apartments, lock-ups and converted camper-vans, that offer a personalised record shopping experience like no other.

While there’s no shortage of record shops at street level, opening up a brick-and-mortar space is only for the brave. Behind closed doors however, more and more sellers are setting up their homes, shipping containers, basement warehouse spaces and mini-vans to share their collections with the world.

It makes sense. After all, why spend time digitising your collection and listing it online when you can simply invite people over for a dig, a brew and a biscuit? Appointment-only spots are also on the increase as they offer a more personal experience than your average shop. By the same token, they tend to be a bit more elusive to track down. Thankfully, we’ve done the hard work for you and have collected some of our favourites below.

Why did Manchester’s Ruf Dug and Randy Brunson decide to open up the city’s Hi-Tackle record shop as an appointment-only spot? “We’re lazy bastards and there’s no way we’ll ever be there all the time,” laughs Ruf Dug. Although they host an open day every Saturday that welcomes lovers of boogie, hardcore, street soul and the odd bit of dub, the majority of Hi-Tackle’s clientele arrange their visits through Instagram messages and burner phones. “I’ve visited more than a few ‘proper’ record dealers over the years and I definitely wanted to try and replicate that experience…minus the eye-watering bill at the end,” says Ruf Dug. So whether you’re looking for rarities at affordable prices or simply a Jammie Dodger, a brew and a chat, Hi-Tackle is your home away from home.

DJs, collectors, avid hunters of sought-after African, Latin and Brazilian jams since 1989, Mr Bongo returned to the world of the record shop in 2017. And much like their original London spot, Mr Bongo’s new space is quickly becoming a much-loved outlet on the south coast. On Saturdays, they open their doors and welcome the weekend hordes, but on the weekdays is when you’ll get real opportunity to hunt through their collection. Mr Bongo releases from Ebo Taylor and Gal Costa are in abundance, but take some time to dig a little deeper for those ultra rare gems.

Another appointment-only gem found in the UK’s second city (first if you ask any Mancunian) is All Night Flight, a relatively new addition to the ever-evolving sprawl of Manchester record stores. Specialising in ambient, post-punk, new wave, jazz, avant-garde and the type of soundscaping electronica that urges you to take life at a slower pace, it was formed through Tom Houghton’s record collection and whatever he picked up on record buying trips. “All Night Flight is pretty specialist so the financial implications of making ends meet as a traditional bricks and mortar outlet while sticking true to the same aesthetic would be pretty difficult at this early stage,” says Houghton, on his decision to make ANF a more personal affair. The ANF online store is the port of call for those who can’t take the trip north, but we recommend paying them a visit for the optimum experience. “People who come through usually spend a couple of hours here, chatting back and forward about different records…it’s all about the exchange

Opened in 1998, Earcave existed long before Beautiful Swimmers brought new attention to Washington DC. The home of Peoples Protection Unlimited, the label dedicated to “’80s funk preservation”, Earcave is a hub for jackin’ trax from Baltimore, Salsoul boogie and B-Boy breaks, the odd bit of AOR/yacht rock and classics from Tronco Traxx. 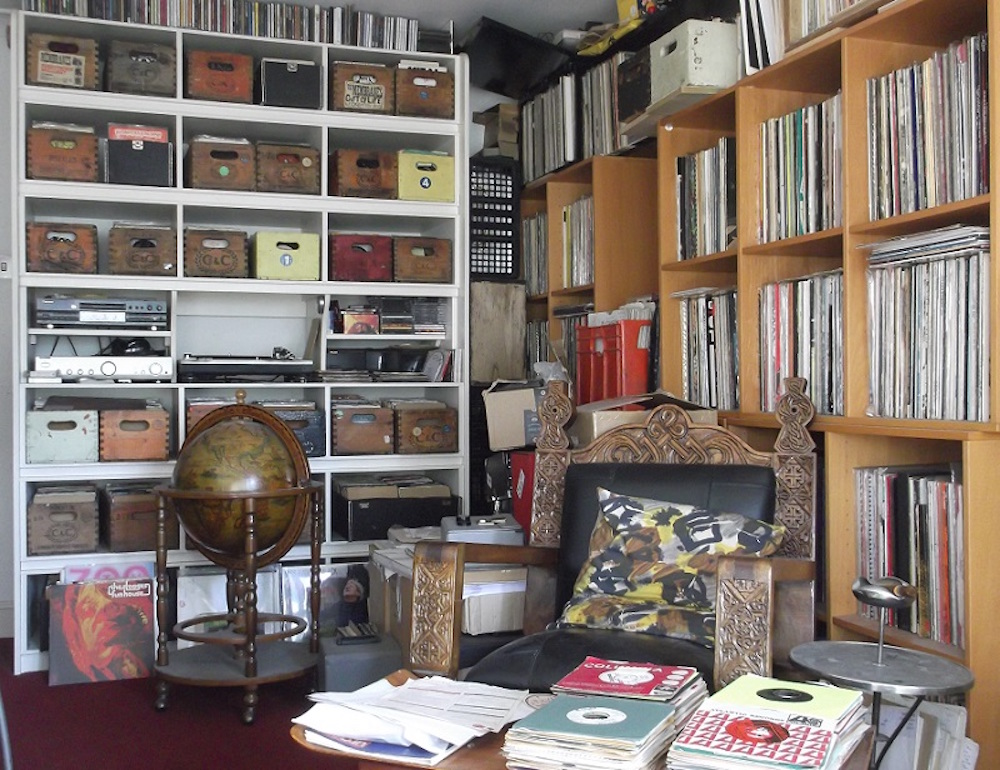 As one of London’s more established shops, Intoxica have been sharing their love of ‘50s rock & roll, funk, punk, exotica and soul with the capital since 1994. From their previous outpost on Portobello Road, to an enclave in Kentish town, old school rude boys head to the shop for ska, reggae and dub.

Intoxica is a testament to London’s bygone era that, as rents rise, may not be around for too much longer. Saying that, the original, unreleased 7″ of Sex Pistols’ ‘God Save The Queen’ that’s currently on sale for £10,000 should keep them afloat for a while.

Submerge is perhaps the world’s most renowned appointment-only record store. As an official club house for Detroit’s famed Underground Resistance, Submerge is a place where you can easily stumble across Mad Mike, DJ Rolando, Juan Atkins and Channel 4’s Jon Snow digging through the racks on any given weekend. It’s a living, breathing homage to electronic music in America’s Motor City, and in true Detroit fashion, its shelves are filled with top drawer techno you’ll rarely find elsewhere.

Berlin has no shortage of record shops boasting stacks of techno records, but apart from one exception, none of them move around the city on four wheels. Cue The Ghost, Berlin’s first mobile record store and a hub for forward-thinking house, techno, disco, minimal and electro found in a repurposed 1970s Mercedes camper van. Founded by British DJs Josh Tweek and James Creed, The Ghost holds around 1,200 records at any one time and can sometimes be found parked up in various spots around the city, but mostly operates on an appointment-only basis, so make sure to give them a call and hitch a ride. To find out where they’ll be calling home on any given weekend follow their Facebook page for all the news. 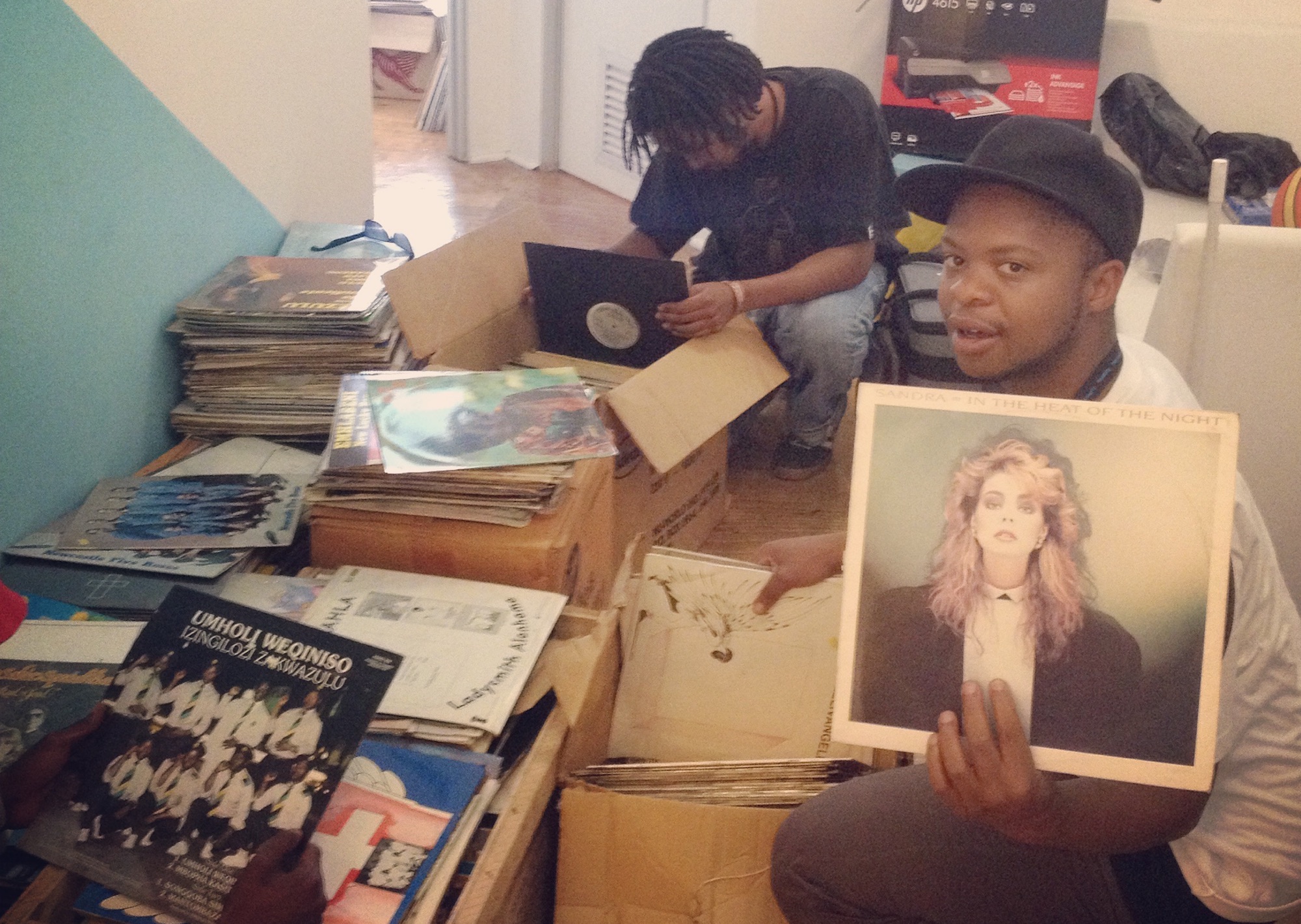 Records from South Africa’s past are having something of a renaissance at the moment. Kwaito jams are finding new homes with Rush Hour and Awesome Tapes From Africa, and the sound of bubblegum pop has recently been rediscovered by Soundway. The label and record distributor La Casa Tropical is yet another hub for the sounds of SA disco, kwaito, house and synth pop, and if you book ahead, you can take a look around their 2000+ record stash. “There aren’t many places that have back rooms or bottom bins, and if they do it’s gonna be a pretty bad selection,” says Dene Kadej-Ibarra, DJ and La Casa Tropical founder. “Finding a locker with records is a collectors goal, so it’s cool I can provide that experience for those willing to get a bit dirty in the hopes of finding a deal.” In the La Casa Tropical vaults you can discover many a bargain gem before they’re inevitably snapped up by labels eager to source their next compilation.

Barcelona may be a beach-side paradise for some, but the Spanish city on the sea has a darker side- one that’s found in the appointment-only spot known as Barranko Records. Found down a small street on Carrer Fontrodona a short walk from the Sant Pau del Camp church, Barranko specialises in ultra-rare black metal, Spanish punk, thrash and hardcore from names like Gorefest, Ayax and Anti/Dogmatikss. Sure, religiously devoted metalheads can easily blow €250 on Deep Purple records or over €500 on an Excalibur LP from 1988, but new-to-you discoveries can easily be picked up for pocket change, too.

The National announce new album I Am Easy To Find