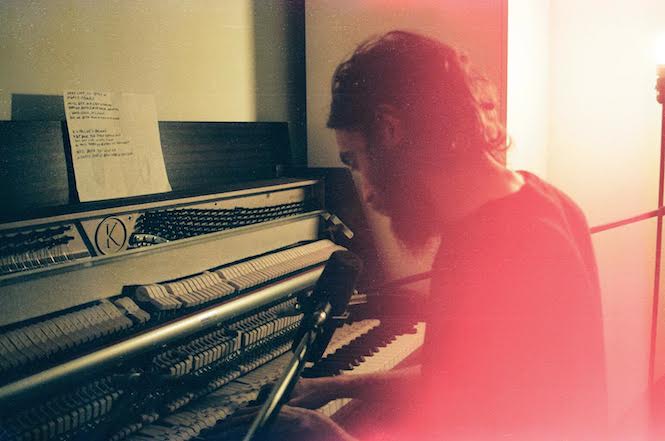 Psychotherapist Philippa Perry attempts to analyse Keaton Henson based on the lyrics to his second album Birthdays.

It seems to me that Keaton wants intimacy almost as much as he wants to avoid it. He reminds me of those souls who learnt, before they could speak that other people are more of a source of pain than they are a comfort. They want that comfort but have a fixed certainty that it will bring pain. They want to know how to love but dare not change. So Keaton can sing teach me how to love you but later on the same song don’t expect me to change.

So how did such a soul evolve? The usual route is this:

Some babies are born into a world where no-one understands them. Their needs of being met by another as they truly are, remain frustrated. This happens when the people or person they depend on is depressed, misattuned, absent, cold or perhaps hostile. The baby’s cries go unheard or ignored or even punished. He may even give up crying altogether but his stress levels remain high. A tiny baby in order to survive such a world has to repress his longing. But it never, entirely, goes away. This first visceral relationship is the blue print for subsequent relationships and the pain that was experienced was so encompassing that the individual may dare not risk feeling it again and yet longs to know intimacy.

Someone, with a babyhood like the one I have described, tends to gravitate towards relationships and environments are themselves harsh and these individuals tend to be harsh with themselves and so the pattern persists with both the individual’s relationship with himself and in his relationships with others. If he has a benevolent lover who doesn’t not have this harshness, he may be able to appreciate them, but because the early too familiar harshness is missing, it won’t feel ‘right’ – it won’t feel like love.

Because if the early blueprint was harsh ‘kind and beautiful’ may be too unfamiliar to feel right.

it may seem strange that still I stay with you
if it’s true you’re not really the one
and why don’t I just keep on looking for her?
because I found her and now she is gone.

And if he wants to or not he will keep looking. He may even think he’s seen her on the tube

as I get off the train
look back to see you through the frame
a man sits and blocks my view
then I forget you.

If he can use his will to not give in to the early pre-verbal instinct, new neural pathways will grow and he will remember less, if. I want to say to him – ‘Stay with the beautiful kind one please Keaton and in time, a lot of time, she will grow more familiar and right, hopefully superseding the harsh ghost that haunts you.’ And I want to be right.

In order to survive childhood we unconsciously, creatively devise patterns of behaviour that allow us to survive. These very defenses that got us through early life might spoil our adult life unless we learn to recognise them and learn to do something different. Because something feels familiar doesn’t mean it is right. It may be time to make the unfamiliar, familiar and grow a different way feeling right. All three Keaton Henson albums were recently reissued on vinyl – head to VF Editions to order copies of Dear, Birthdays, and Romantic Works.