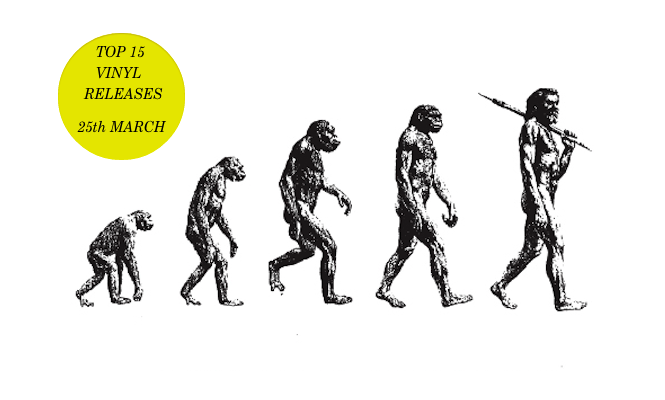 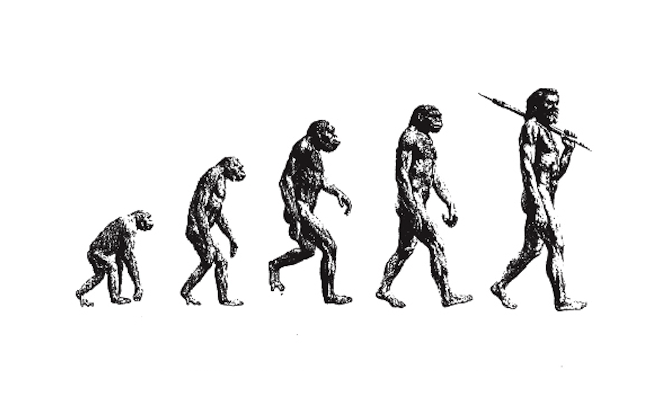 Every week we round up what are in our opinion the most interesting and important vinyl releases of the last seven days. Since we don’t discriminate by genre, we bring method to the madness by dividing our choices into categories and run through them like a countdown: 5 new LP releases, 4 reissues, 3 compilations, 2 singles & EP’s and 1 box set. This week’s bundle of eclectic wax includes new records from Bonobo and Krautrock legend Klaus Dinger, reissues for French synth darlings Mathematiques Modernes and the lost man of UK house N.A.D as well as three of the finest compilations so far this year by Jazzman, Honest Jon’s and Strut. 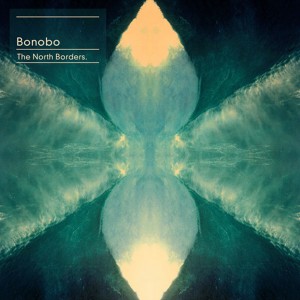 Simon Green AKA Bonobo is not the only proponent of this lush, beatsy strand of trip-hop, but where the others fade unobtrusively into the background Bonobo has consistently managed to imbue enough urgency into his intricate downtempo sketches to warrant closer attention. Aided by the residual glow of 2010’s Black Sands and a high-profile collaboration with Erykah Badu, The North Borders sees Bonobo in his natural habitat; solid and understated. 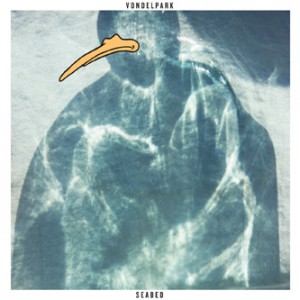 Developing their Sauna EP’s subterranean quality (its stand out track ‘California Analog Dream’ features again), Vondelpark’s debut LP Seabed is meticulously crafted and awash with warm, confident synths. While the overal effect can sometimes be a little drab (submerged in the bath rather than the Mediterranean), Seabed is an incremental step towards Vondelpark defining a soulful underwater aesthetic. 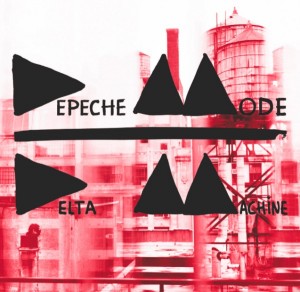 It’s safe to say that Depeche Mode have navigated ‘that difficult thirteenth album’ with some skill. There’s not much room to innovate within the walls of a solid reputation, but Delta Machine manages to create enough new floor space without tearing down the house. The opening bars suggest the band are still able to bend the rules, and “Soothe My Soul” is a big highlight. Delta Machine emphatically avoids disappointment. Isn’t that enough for a 13th album? 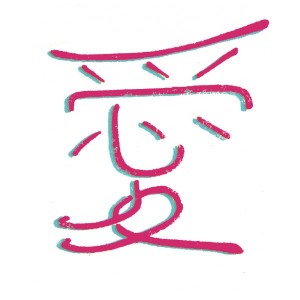 Former member of Kraftwerk, Neu! and La Düsseldorf, Krautrock legend Klaus Dinger left one recording unreleased before his death in 2008. Collaborating with a young group of expatriate Japanese musicians in Dinger’s hometown of Düsseldorf, Japandorf is the result of a long-standing series of rehearsals and improvisations that began in 2000. Bringing together cultures and generations with refreshing clarity, Japandorf could be the birth of the kimchi-rock genre. 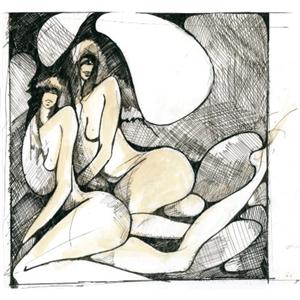 Syclops
A Blink Of An Eye
[Running Back]

Maurice Fulton’s second outing as the one-eyed bandit of wacky, technoid house, A Blink of an Eye is an impeccably produced statement of intent. The freaky and sophisticated rhythms (think Where’s Jason K? and its gyrating, serpentine bassline), are streaks ahead of the competition, with Syclops punching jacking pegs through jazz holes to create rhythms that could have been beamed from another planet. The narcotic strut of “Sarah’s E with Extra P” is a highlight. 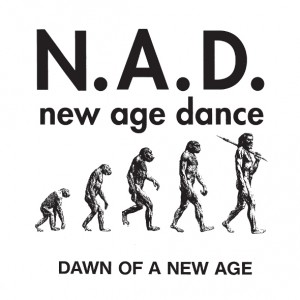 Tucked deep in the pocket of UK dance history, Rush Hour have stumbled upon a real doozy here. Mustafa Ali’s N.A.D project saw only seriously limited release in 1990, instead making its way onto the second hand market for heaps of cash, sought feverishly by collectors of Elbee Bad, early Warp and The Burrell Brothers. Way ahead of its time and finally getting the attention it deserves, Dawn of a New Age is on the rise once more. 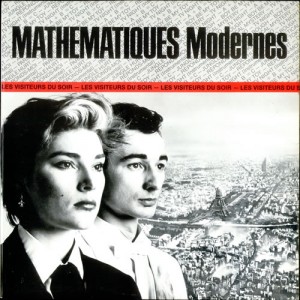 Originally released in 1981 on the cult Celluloid label, Les Visiteurs du Soir was a cornerstone in the development French synth-pop, fusing a new wave aesthetic, jabbing horn lines and sweeping arrangements that nod towards the progressive krautrock evolving across the Alsace. The reissue is limited to a ton of hand-numbered records, so be swift. Expect “Disco Rough” to make its way onto leftfield DJ sets from now on. 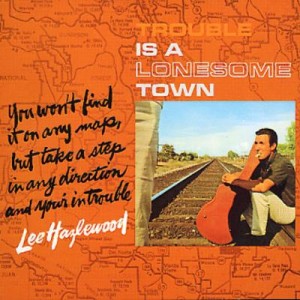 Lee Hazlewood
Trouble Is A Lonesome Town
[Light in the Attic]

The distinctive baritone (and moustache) of country singer Lee Hazlewood’s 1963 debut Trouble Is A Lonesome Town is camp-fire blues at its most enthralling, packed with redemptive tales and a proto-beat flair. Mingling with dexterous guitar work, Hazlewood’s ‘Cowboy Psychedelia’ perfectly evokes the dreamily sinister air which hangs over a the town called Trouble. You won’t find it on any map, but you should make the effort to locate this valuable reissue. 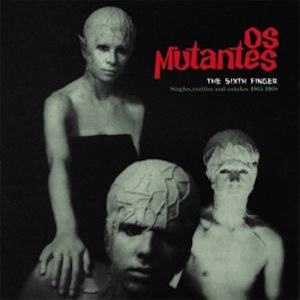 Os Mutantes
The Sixth Finger (Singles, Rarities and outtakes, 1965-68)
[Which]

Ahead of their new album Fool Metal Jack, Brazilian psych and Tropicalia veterans Os Mutantes have been given the reissue treatment, this time collecting a bizarre mixed bag of live tracks, outtakes and advertising jingles that veer wildly between psychotropic Beach Boy love-ins and equally disturbing sonic experiments. Exciting for all the right reasons. 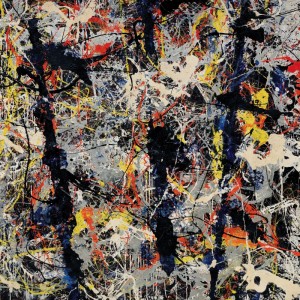 Jazzman records continue their hugely successful Spiritual Jazz following the Americans in Europe who left the poor working conditions and racism of their homeland in search of artistic and social freedoms abroad. The result is a sophisticated coming together of deep jazz and the European folk tradition, of which highlights include Bobby Hutcherson & Harald Land’s sprawling 18 minute invocation “The Creators”. 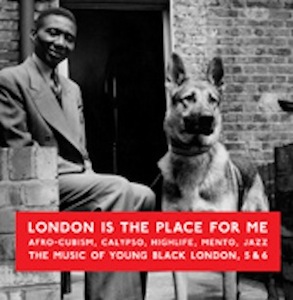 The latest installment of Honest Jon’s joyous collection of Windrush generation calypso focusses on the bitter-sweet social observations of young black Londoners in the 50’s and 60’s. Including some scorching latin, high-life, jazz and soul variations the record is at its best when the Calypsos get into the nitty-gritty of daily life, where themes include football fans, West Indian poultry, English police women, and ‘big instruments’. Honest Jon’s call it “proper Brit pop”, and rightly so. 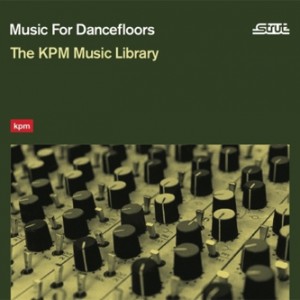 Solving the mystery of where British TV sourced its catchiest theme tunes, the KPM music library inhabited that liminal space between music and musak, which found a listening audience by the sheer quality of the commissions. Pillaged by rappers and TV execs alike – KPM tracks were sampled by Jay-Z and Madlib as well as Mastermind and the ITV News – this collection showcases KPM’s finest moments. The “UK Sports Team Medley” is a born winner. 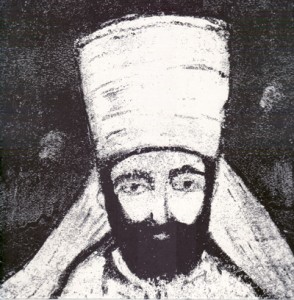 Smoldering dub led by Jamaican trombone man Calvin “Bubbles” Cameron comes straight from the foothills of Wareika, Eastern Kingston. While the music is deeply accomplished, it’s the message that shines brightest. No More War is an emergency call to wake from our spiritual and existential slumbers. The husky brass arrangements locked in to deep drum-work are as good a vehicle as any to deliver those messages. 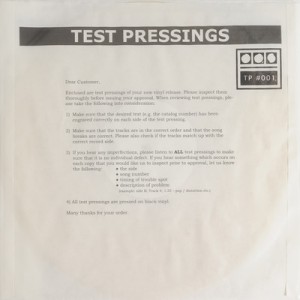 These extended and punishing new productions from Sean Cantry and Miles Whittaker continue Demdike’s powerful vision to rearrange electronic music at its extremes, with unforgiving industrial resonance. The EP, collecting recordings from late 2012 under the Testpressing banner comes hand-printed with exclusive artwork. While you’ve got to be into it to be into it, this is important stuff. 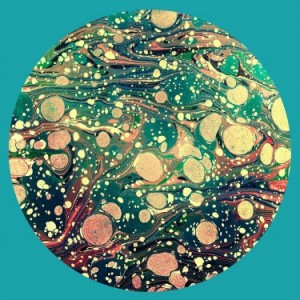 Limited to only 1000 copies worldwide, the English guitar-band have followed up their 2011 album Skying with Higher, bringing together an eclectic and somewhat surprising collection of artists to remix and rework material from the original album. Including outings for Andrew Weatherall, Peaking Lights and Daniel Avery, Higher is a pretty deluxe piece of shelf kit, including two CD’s, four 12”s and a DVD.

Disco, benga and afro-groove from Kenya released on Soundway Records