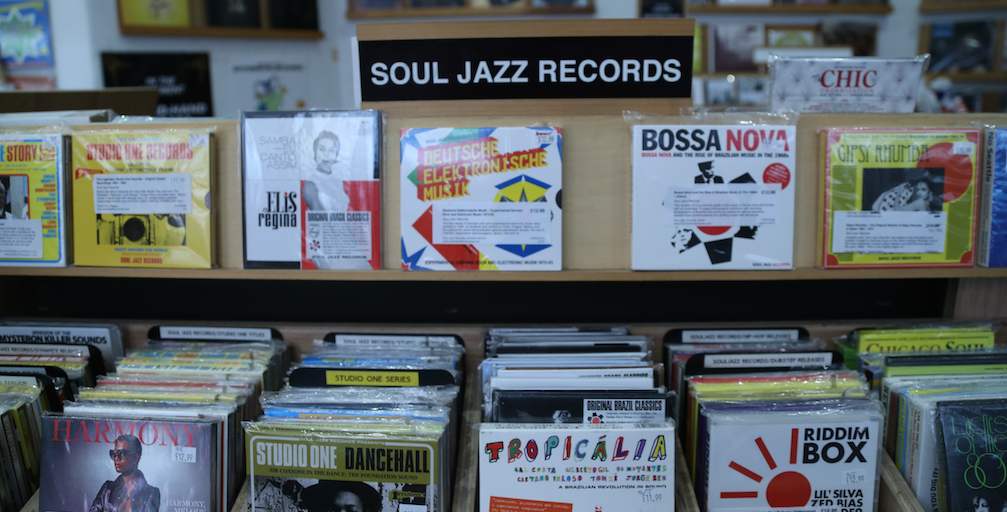 From underground vibrations on 12″ to outernational compilations of the past, London’s Soul Jazz by no means limits itself to soul or jazz. This is the label where you’ll find Arthur Russell rubbing shoulders with Mala, Count Ossie by Golden Teacher, A Certain Ratio next to Four Tet.

When Stuart Baker established Soul Jazz in 1992, the idea was to draw “cross cultural connections” between soul, jazz and reggae through compilation albums. Over two decades on and the label has since expanded its style and breadth, still releasing landmark retrospectives, but also A&R’ing forward-thinking studio albums and 12″s.

Whilst their diverse set of releases – everything from acid house to reggae, southern rock to jungle, punk to voodoo – make them near impossibly hard to pin down they have still, somehow, managed to hone a cohesive identity first formed with early releases like Nu Yorica! Culture Clash In New York City and Universal Sounds of America.

Soul Jazz has also dabbled in film. Its Studio One Story documentary traced the life of Clement Dodd, head honcho of Studio One Records and a founding father of the Jamaican record industry, whilst Mirror To The Soul a film about the Caribbean made up entirely of found footage.

With over 300 albums, hundreds of singles, a steady stream of music books and two feature films under the Soul Jazz banner, Stuart Baker counts down 10 records that have defined his label over the years. An introduction to some of the finest reggae ever made in the world ever! Soul Jazz Records have been working with Studio One for nearly 15 years and this was the first release. Features Horace Andy, Marcia Griffiths, Michigan and Smiley and others. First in a series of albums about the unique hot musical sounds created in New Orleans in the late 1960s and 70s – The Meters, Eddie Bo, Professor Longhair and more. Other releases include New Orleans Soul and Saturday Night Fish Fry. Originally compiled in 2003 and re-released this year, this album joins the dots between New York’s vibrant underground art and music scene – where No Wave met punk-funk, hip-hop and more. Featuring Bush Tetras, James Chance and The Contortions, Alan Vega and more. New York Noise led to two further albums as well as a photography book. This release focussed on the stunning afro-centric pioneers of jazz in the USA in the 1960s. Released as a full-size hardback cover art book with Gilles Peterson and also as a separate album featuring artists such as The Art Ensemble of Chicago, Last Poets, Yusef Lateef, Sun Ra and others. A second related release Black Fire! New Spirits! was similarly released in both book and album form. Another book and album project – initially a book of stunning photographs by Chantal Regnault and written by Tim Lawrence. Then also became an album of related music which Junior Vasquez also agreed to mix for us featuring classic disco and house voguing anthems from MFSB’s ‘Love Is The Message’ to Masters at Work’s seriously experimental heavyweight ‘Ha Song’. This is the first album we did in the punk series which led to further albums focussing on punk in the UK, Cleveland, Los Angeles, Akron. The starting point for this album was the book Punk 45 – The Singles Cover Art of Punk 1976-80 with Jon Savage which we published at the same time. Having just been voted by the Vinyl Factory as the number one essential book for record collectors it would seem churlish to disagree! 400 pages of disco madness, interviews and features with Tom Moulton, Nicky Siano, Mel Cheren (West End Records) and more. Two disco albums have been released in conjunction with this project both compiled by Disco Patrick (who also put together the massive book). 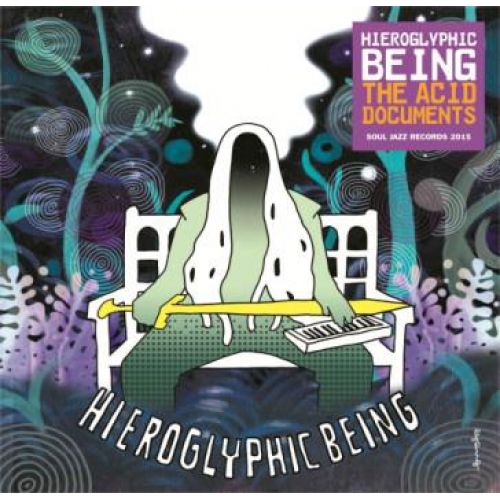 It feels like a privilege to work with ground-breaking electronic artists of the calibre of Jamal Moss, aka Hieroglyphic Being. Also to be able to link them by association to artists such as Sun Ra, Mystic Revelation of Rastafari is similarly fulfilling! Charts the many links between reggae music and the Rastafarian religion. Features Count Ossie, Bongo Herman, Laurel Aitken, Johnny Clarke and more. Led to two follow on releases by Count Ossie and The Mystic Revelation of Rastafari.