Essential reissues and compilations for your collection.

With the first half of 2017 already a thing of the past, we’re looking back two fold to pick out the ten best reissues of the last six months, that in turn have looked back on some extraordinary music from the last fifty years.

Whether originally created in Cameroon or Brazil, in Berlin basements or LA ashrams, the dancefloors of Chicago or the broadcast studios of Tehran, music from all corners of the world now sits side by side in our record shops, providing seemingly limitless opportunity for musical escapism.

As stimulating a selection as ever, we’ve narrowed down this year’s top reissues, retrospectives and compilations to ten (in no particular order) that we believe show that breadth of era, genre and location most accurately.

Loathe to leave out some other noteworthy releases, honorary mentions go to Ahmad Jamal’s The Awakening (Be With), Gal Costa’s India (Mr Bongo – whose Sound Of Mali comp is also well worth tracking down), Numero Group’s Seafaring Strangers, Jazzman’s Islamic Spiritual Jazz compilation and, of course, that epic, expanded edition of Prince’s Purple Rain. 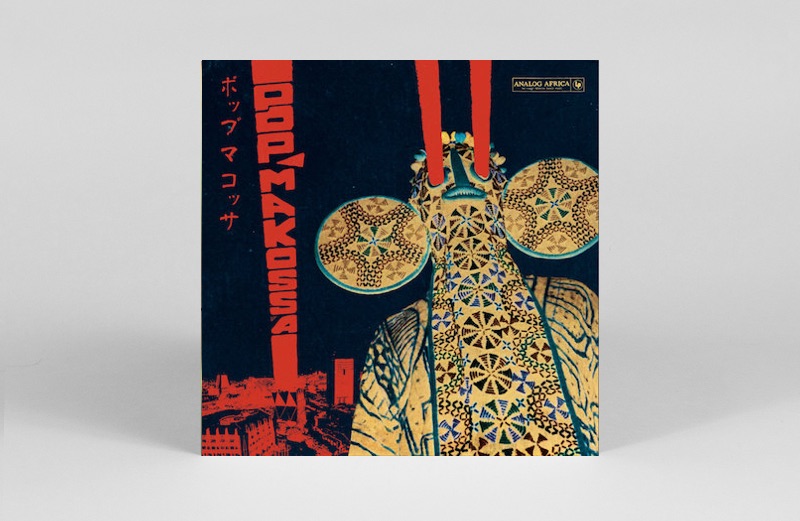 Analog Africa continue their very own brand of game-changing compilations with a pure fire survey of the eight year period where funk and disco invaded Cameroon’s Makossa style. Pinned down by a rubbery bass line and crisp drums, tracks like ‘Yaoundé Girls’ and ‘Ngon Engap’ fizz with a trance-inducing boogie groove, while others – particularly Pasteur Lappé’s extraordinary ‘Sanaga Calypso’ – drop into almost avant-pop territory, speaking to the country’s hugely varied and fertile scene. Like last year’s unmissable Space Echo voyage, the artwork and full package is top of the line once more. With LPs like Journey In Satchidananda and Universal Consciousness being out and out classics that can be found in many a record collection, Alice Coltrane’s extraordinary work recorded at the Sai Anatam Ashram throughout the 1980s is still little-known, having only been released on private press cassettes within the ashram community. Whilst we’ve had a few bootlegged LPs of these cassettes in the past couple of years to try and expose this remarkable music, here we have a selection in their full glory from David Byrne’s Luaka Bop label. Merging mantras, synthesizers, ensembles, choirs and notions of jazz into these transcendent pieces with Coltrane’s voice as your guide, quite simply this set is like no other and makes for essential listening. Originally recorded in 1983, Soul Possession saw collaborators including Crass and On-U Sounds’ Adrian Sherwood back Annie Anxiety aka Little Annie on her debut LP. A mighty and quirky collision of industrial, dub and electronics, this is the first time this underground classic has been reissued on vinyl – despite past efforts – and thanks to the rather excellent Dais label. Berlin’s king of intellectual techno, the inimitable Jan Jelinek, returns to the shelves this week with a self released reissue of his sublime Loop-Finding-Jazz-Records. Unbelievably, it’s been 16 long years since Jelinek’s groundbreaking dub techno masterpiece first soothed us into a deep and doped up dreamstate, putting us under with the gentle drone of micro-processed samples and misty ambience. While this revelation may make some tired eyed clubbers fully feel there age, I can think of no better therapy than Jan’s serene cerebral massage. 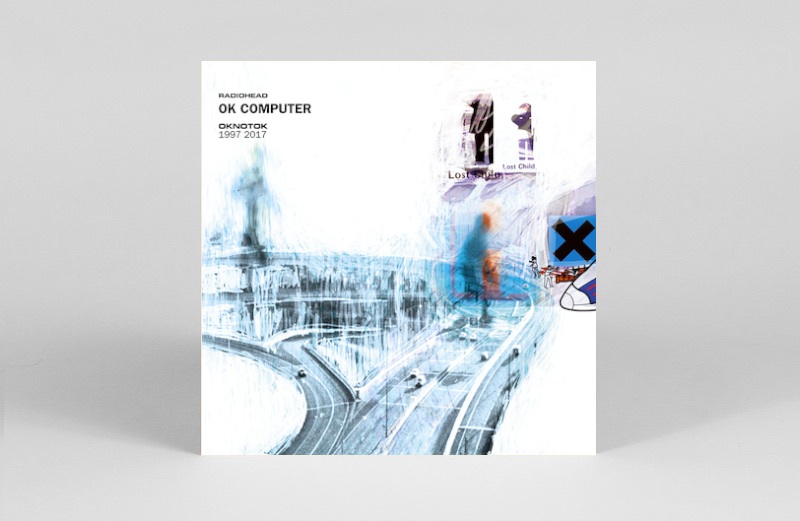 OK, it’s an obvious one, but rarely has an anniversary of a major album caused such a fuss as Radiohead’s OK Computer. As has been the case on recent album releases, the band go to town for the super fans, offering all sorts of additionals for those who can’t go without the box set edition. Think Thom Yorke’s notes, a sketchbook with artists Stanley Donwood and Tchock’s ‘preparatory work’ and a C90 cassette mix tape compiled by the band, taken from Ok Computer session archives and demo tapes. Add in a handful of previously unreleased tracks and you’ve got a reissue that builds on rather than detracts from the strength of the original. Through The Looking Glass

Japanese percussionist and composer Midori Takada’s 1983 album Through The Looking Glass, one of the era’s most sought-after Japanese and ambient records, was reissued on vinyl for the first time in March. A gorgeous record that has assumed holy grail status, expect the reissues to become collector’s items in their own right. What other obscure Japanese ambient album has 1.7million views on YouTube? 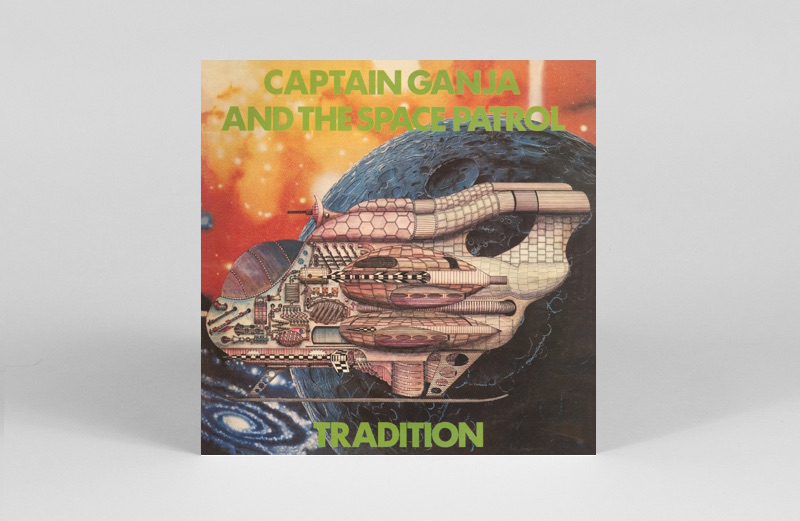 One of those rare moments when you hear something for the first time and think “what on earth is this!?”, Bokeh Versions pulled out one of the year’s must-have reissues in the form of TRadition’s long-lost sci-fi dub opus Captain Ganja and the Space Patrol. For those in the know, Tradition were the North London outfit dedicated to turning the dub tradition inside out, using early Roland samplers to fuse spacious, echo-laden synth-scapes onto jazzy improvisations. So otherworldly was their sound the BBC even approached Tradition to record the Dr. Who soundtrack, although the collaboration never materialised. At least we’ve got this though. 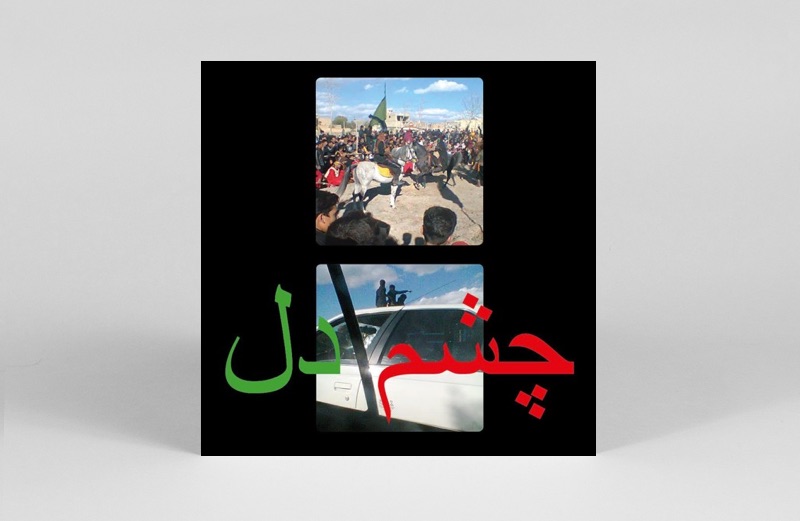 A late entry, but impossible to overlook, these lost recordings from pre-revolution Iran are a captivating musical time capsules, so evidently from another era, yet as honest and connected to human emotion as you’ll find on any contemporary release. Essential for fans of library music, soundtracks and aural oddities, as well as globe-trotting record collectors following the likes of Finders Keepers and Folkways, Tschashm-e-Del is thought to have been made for play on Radio Tehran in the ’60s, but has languished on forgotten tapes ever since. 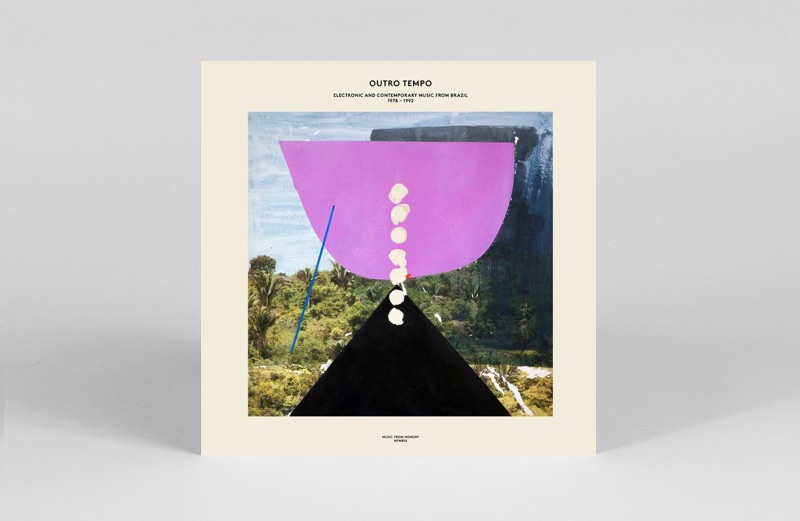 Rightly one of the most talked about compilations of the year, DJ and collector John Gomez went deep into Brazil’s overlooked electronic music heritage determined to tell a different story about the country’s musical heritage. While Brazil may be all jazz and samba (and latterly boogie) in the minds of record collectors, here the focus is on new wave influenced, art and synth pop, that still manages to lilt with an unmistakable MPB flair. Personal favourites include Os Mulheres Negras’ ‘Mãoscolorida’ and Andréa Daltro’s ‘Kiuá’. If you’ve not been all over this already, then do yourself a favour and take this as your cue.