The 10 best new vinyl releases this week (15th May) 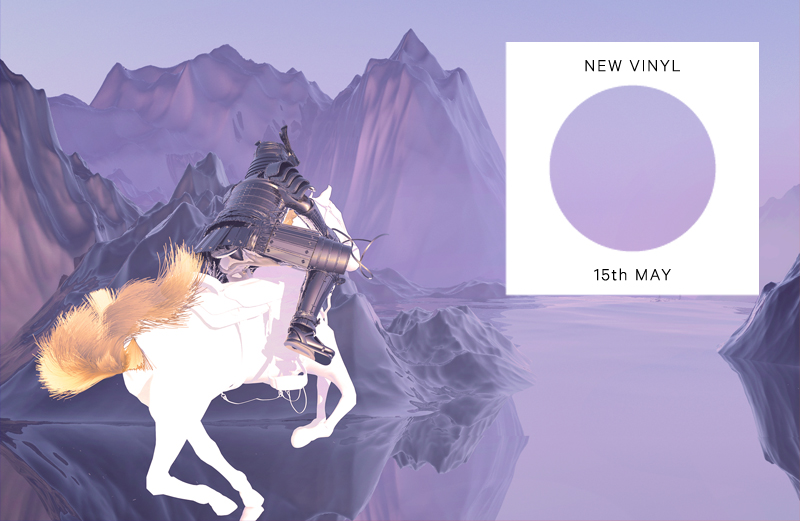 We’ve bent the rules slightly this week with a list that includes 6 albums and 4 singles, but Radiophonic Workshop’s return was too important an opportunity to pass by.

On top of that stunning 10″ box set, there’s new music from VF artist Chino Amobi, a primitive punk collection from The Nurse and the return of South London jazz outfit Ruby Rushton. 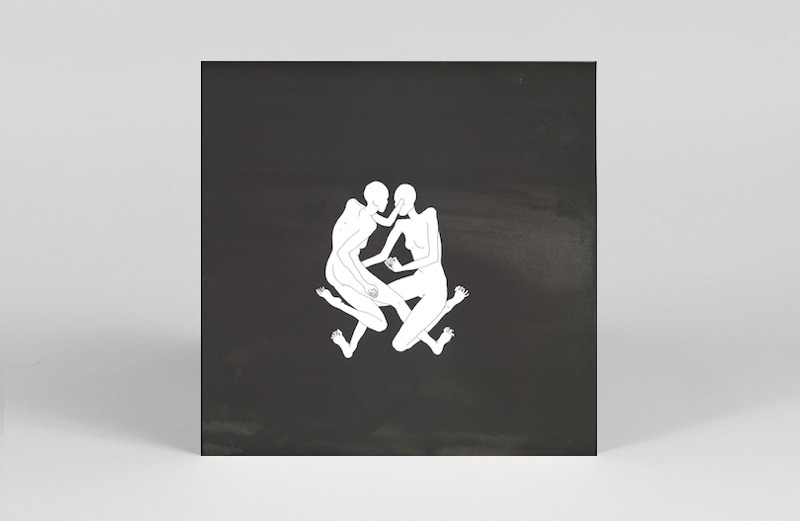 The second release on Rhythm Section sub-label International Black is as crisp and well-dressed a piece of big room techno we’ve heard in ages. While ‘He’s My Brother’ leaves nothing to the imagination, cruising at peak-time through the haze, it’s opening track ‘Weiblich’ which really caught our attention, tightly wound around paired-back percussive missives, and an almost Morricone-esque ability to create tension with the simplest synthetic movements. More top artwork by London-based artist Yuli Serfaty too. 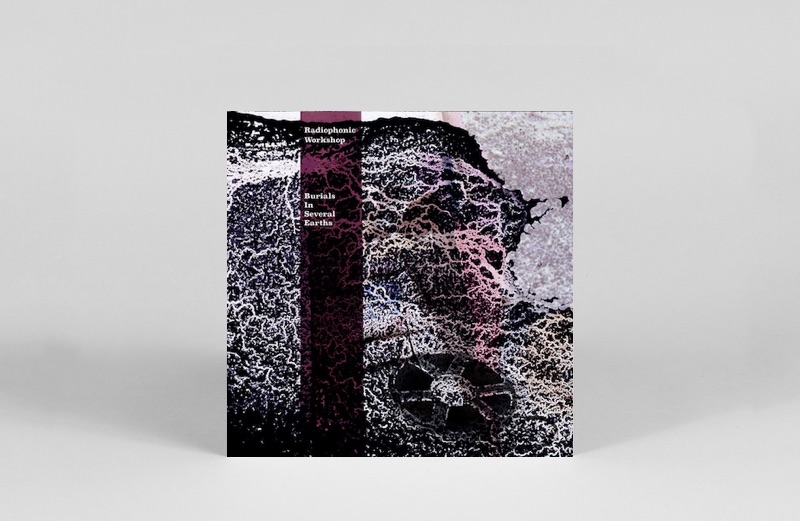 We’re including this one in the singles section owing to the 10” format, but with 4 vinyl’s worth here, this is by no means a concise endeavor as members of the original Radiophonic Workshop team set about creating a suitably atmospheric return to the studio, unrestrained by the radio and televisual formats for which they originally crafted their iconic works. The first studio work from the collective since 1985, their roots can be found across this set, from the synth sounds, to label name (Room 13 was the Workshop’s base at Maida Vale), and indeed inspiration from Francis Bacon’s New Atlantis which was key to the collective’s initial manifesto. Yet this is no mere exercise in nostalgia, as these pieces branch out free from the restrictions of script and air-time, demonstrating that all involved still have a keen ear for the possibilities of their adventurous sound-world. 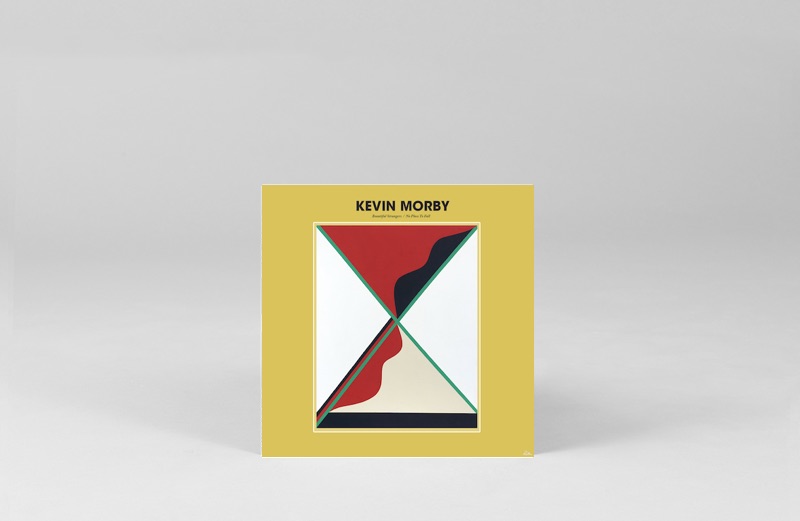 The prolific Kevin Morby uses his busyness for good and releases a couple of songs to benefit anti gun charities. ‘Beautiful Violence’ is a haunting ode to the victims of gun violence whilst overleaf he covers Townes Van Zandt’s ‘No Place to Fall’. 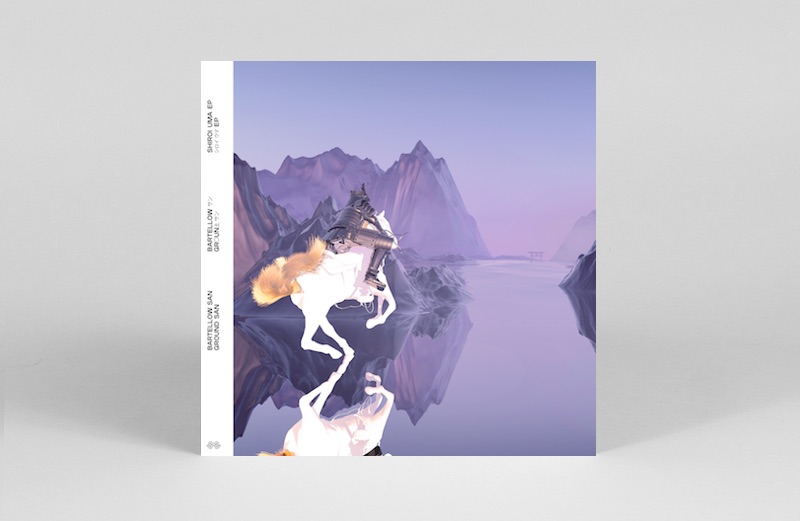 Riding high on the mechanised madness of recent LP Panokorama, Beni Bartellow graces SVS with a trance inducing display of rainforest alchemy for the frog-lickers and drum circlers of the world. Joined by Japan’s DJ Ground on incantations and power words, the techno pagan patches into the mainframe and chases the spirit molecule through a succession of neon-tinged sequences, humid drum loops and buzzing drones. Percussive, proggy and packed with post-kraut synth flourishes, ‘Shiro Uma’ is classic head music flipped for the feet – strap in and say hello to the machine elves… 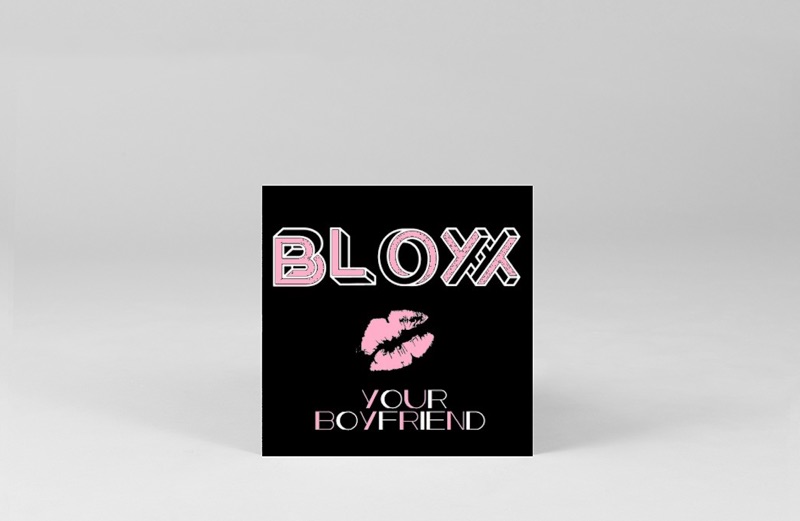 Quite a number of very successful bands started their life on Chess Club and chances are Bloxx could be the next ones to go. It doesn’t get much more fun than the super catchy, grunge pop anthem in the making of ‘You’ with it’s rolling hook and killer chorus. These kids are onto something and it could be big. 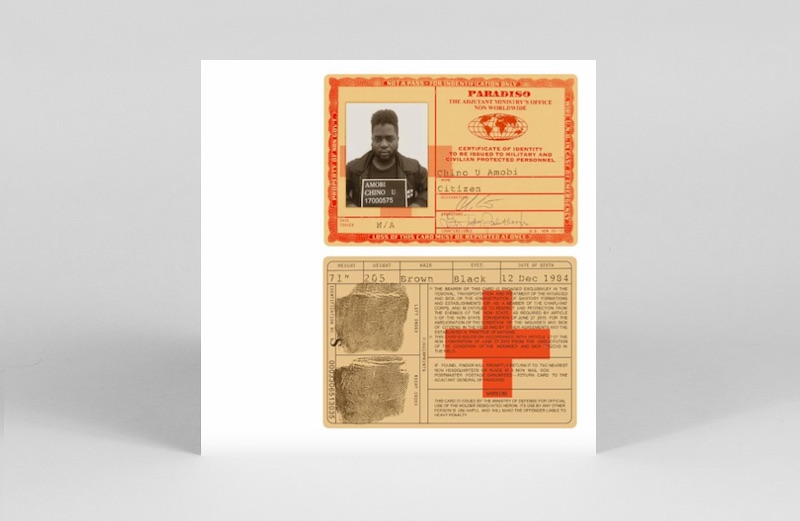 Striking out against the conventions of mass culture and indeed its supposed alternatives, the afro diasporic NON collective have kept things consistently exciting since inception in 2015, and whilst most of their output has been on digital formats, here co-founder Chino Amobi unleashes this epic LP on vinyl, which follows his VF debut minor matter earlier this year. If you’re looking for an easy listen in these uneasy times, this one is a tough recommendation but for something that fearlessly confronts and confounds the familiar, Paradiso’s turbulent dystopian collaging creates a narrative that’s well worth engaging with. 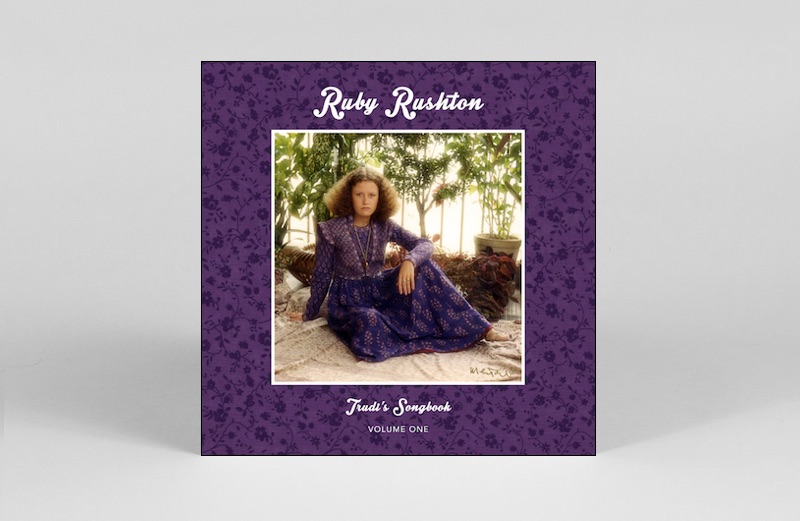 Tenderlonious’ jazz outfit Ruby Rushton return with their second album, following 2015’s breakthrough Two For Joy. Retaining the exuberance of the first LP, which at times felt like it was subsisting on pure energy alone, Trudi’s Songbook: Volume One is a more refined affair, with tracks like ‘Moonlight Woman’ carved more precisely from a well of influences and ability. Touching on a range of early ’70s fore-runners, from electric Herbies (both Hancock and Mann) to Latin grooves, spiritual exclamations and Dilla-esque syncopations, where Two For Joy heard Tenderlonious stretch his lungs in a live capacity, Trudi’s Songbook: Volume One is a much more sophisticated syncopation of his twin pursuits as beat-maker and live musician. 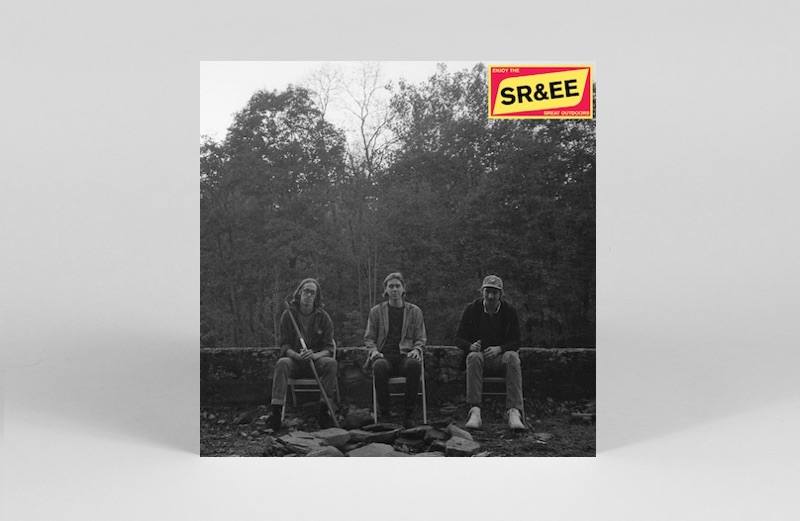 Spencer Radcliffe and Everyone Else

If you miss the days of the likes of Silver Jews and Pavement being all relaxed everywhere then you should listen to Spencer Radcliffe. He’s drafted in Everyone Else for an album of laid back Americana where if you mess up a guitar solo it really doesn’t matter. It all adds to the lazy charm. 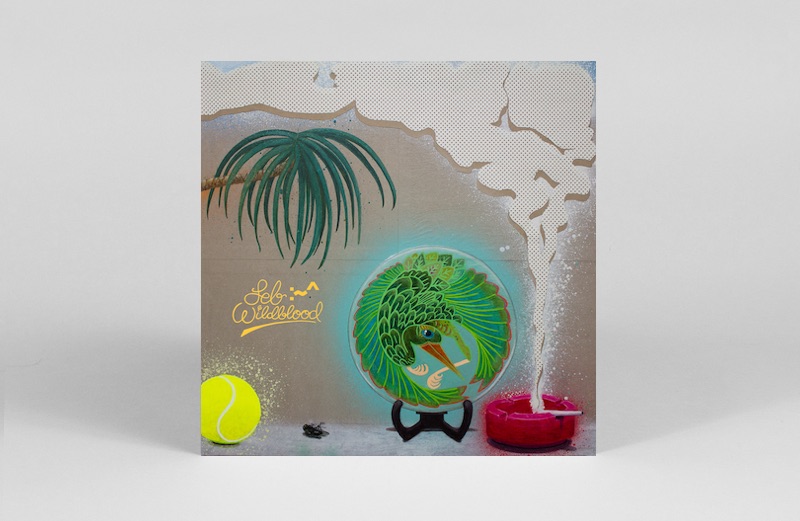 Swapping the collar and cassock of his native Church for the forbidden fruit of Omena, Peckham mainstay Seb Wildblood delivers his third long player in as many years this week, leading us through the verdant undergrowth and crystal lagoons of a lush deep house landscape. Tied together by a sweltering sound design and melodic richness, the six tracks on offer stroll from the future primitive naivety of early Young Marco to the texture and depth of Jose Rico, keeping their head held high and their eyes on the horizon. 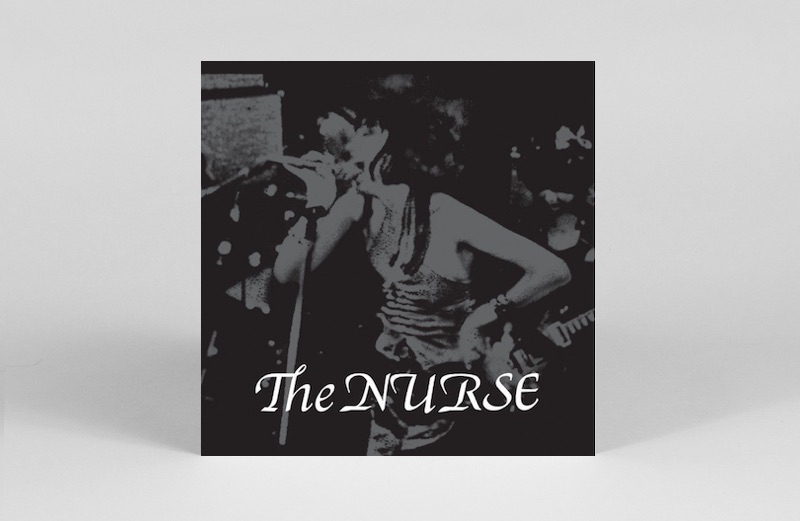 The Nurse were an all girl hardcore band from Japan back in the early ’80s. They ruled. Thanks to the amazing La Vida Es Un Mus label we now get Discography, a killer selection of everything recorded over the band’s lifetime. It’s raw and primitive and heaps of fun – the way punk should be. 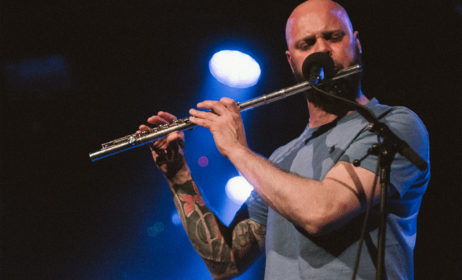 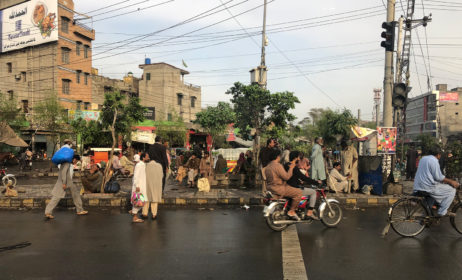 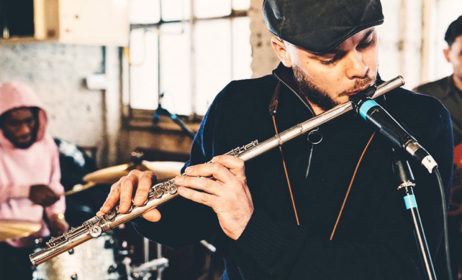