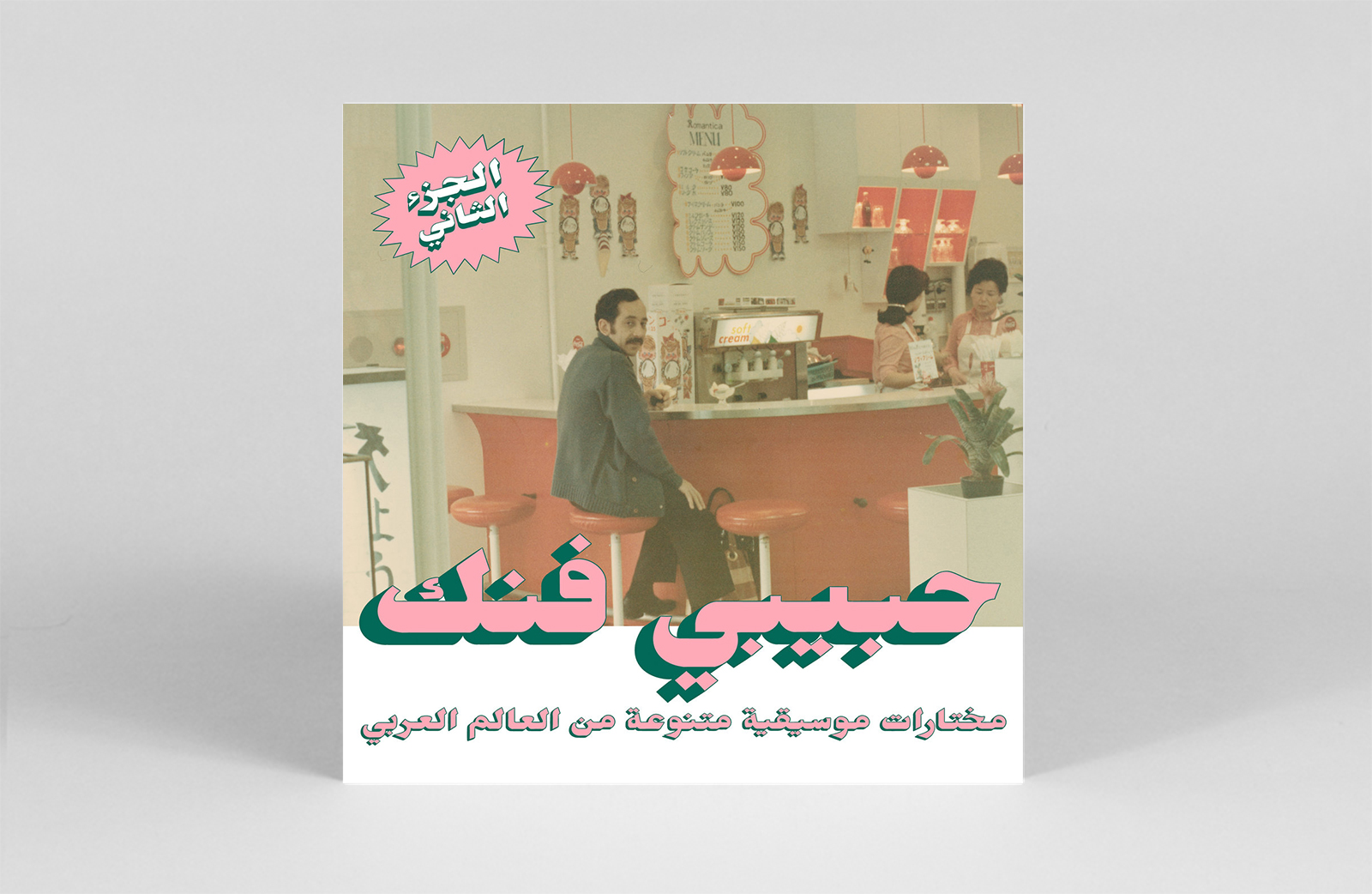 An eclectic selection of music from the Arab world, part 2

Habibi Funk delivers another mixtape-style compilation of their personal favourites from across the Arabian music world. It’s a diverse assortment of styles from disco to reggae and funk, as well as representation from Libya, Algeria, Lebanon, Oman, and more. Some tracks have noticeable external influence from the period (see Najib Al Housh’s sampling of The Beegees “Staying Alive”), as well as traces of Gil Scott-Heron and Average White Band. However, they maintain a distinctly Middle Eastern quality – through the vocals, instruments and scales used. It’s another tasty selection of danceable ’70s hidden gems for collectors and newbies alike. — AW 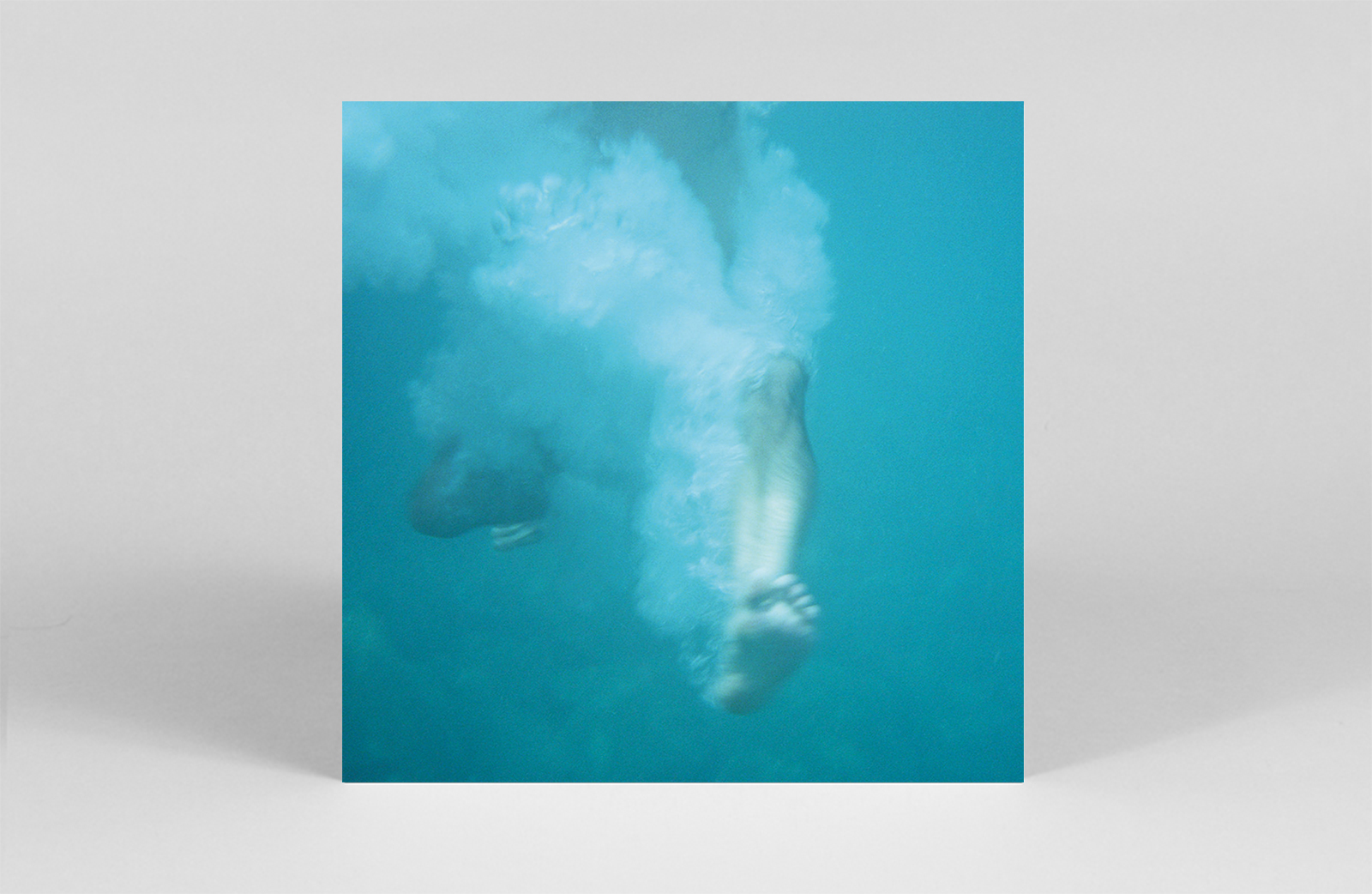 Sofie Birch and Johan Carøe unite for gossamer ambient soundscapes – a perfect elixir of zen – in Repair Techniques on Stroom. Conjured during improvised live sessions recorded on a Roland Juno-60, Moog Sub 37, Roland XP 30 in Copenhahgen during 2019, this suite of 11 tracks was further honed during the duo’s residency at Andersabo in Sweden. The results are endlessly soothing synthesizer sonics to submerge yourself in; Repair Techniques for your soul, if you will. – GH 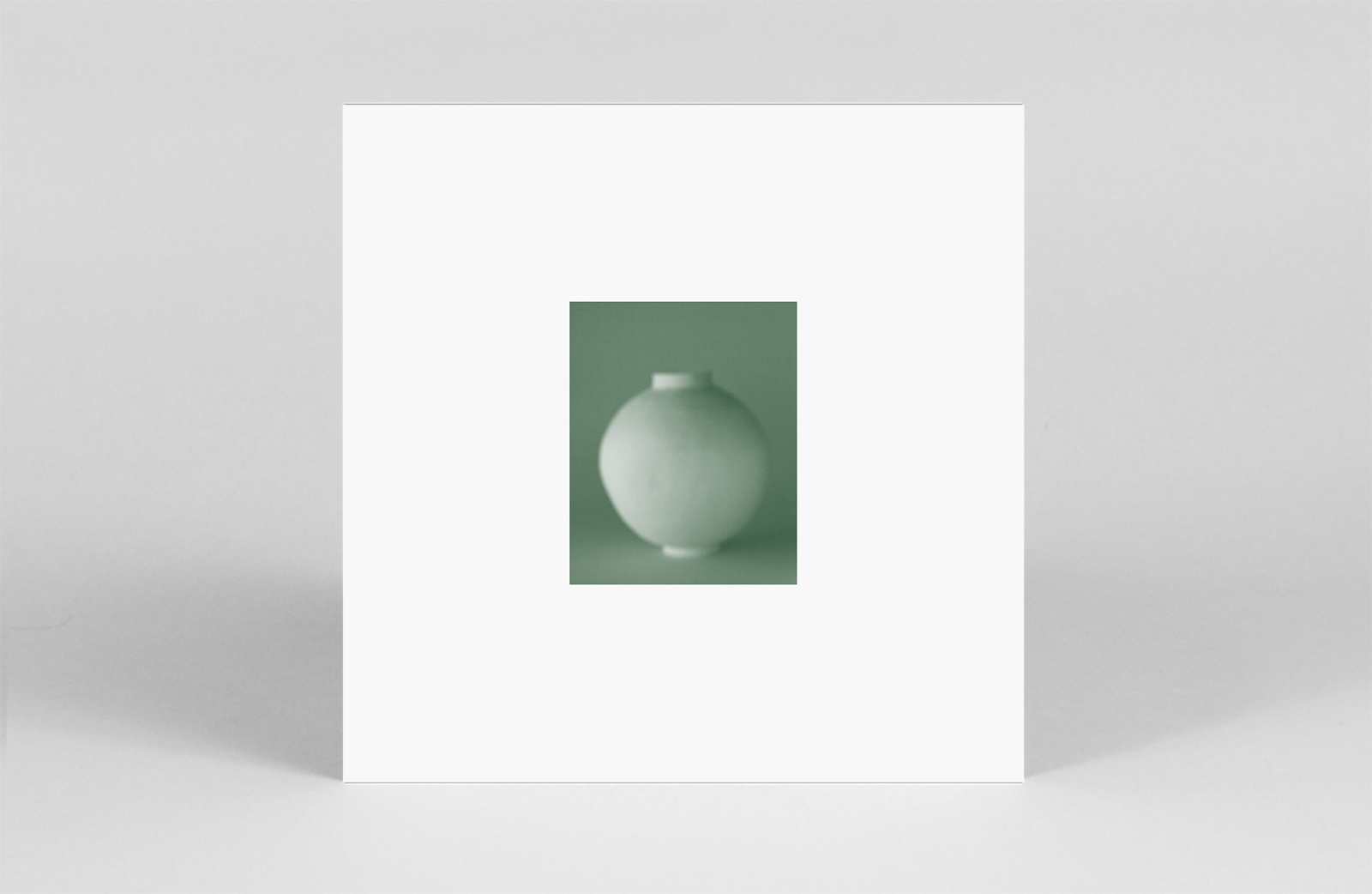 Following on from last year’s Echos+, Room 40 bring us another superlative collection of works from Beatriz Ferreyra’s archive of adventurous sounds from over the course of four decades. A luminary of musique concrete composition, sound as object and sound as raw material for manipulation are concepts that guide Ferreyra’s craft. Throughout Canto+ this methodology explodes recordings into dramatic reanimations and curious narratives. Still active at 84, Canto+ is another welcome release from Ferreyra and a timely reminder of her trailblazing ways.– JH 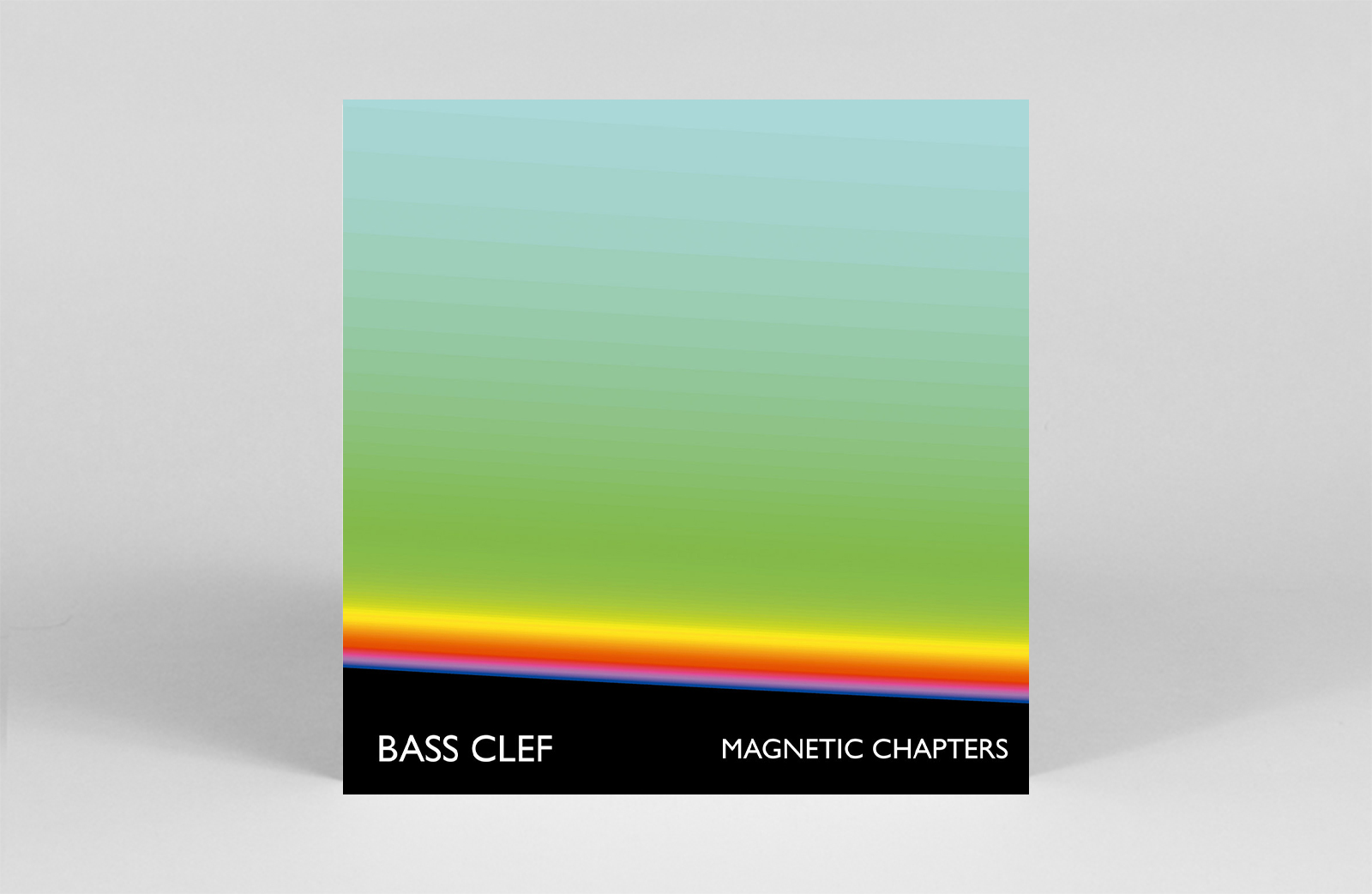 Bass Clef has been responsible for some of the most intoxicating music over the past 20 years. He’s transcended the realms of linear dance genres while simultaneously gracing iconic labels such Trilogy Tapes, Idle Hands, PAN, and his own imprint ‘Open Hand Real Flames’. His latest dish, Magnetic Chapters, on Wrong Speed Records, was recorded in the summer of 2020 whilst in Rotterdam. Darting away from four-to-the-floor energies, it is a reflection of the lost feelings last year dealt us. A spatial energy runs throughout, enveloping the listener in the warm embrace of emotional ambiance. – EH 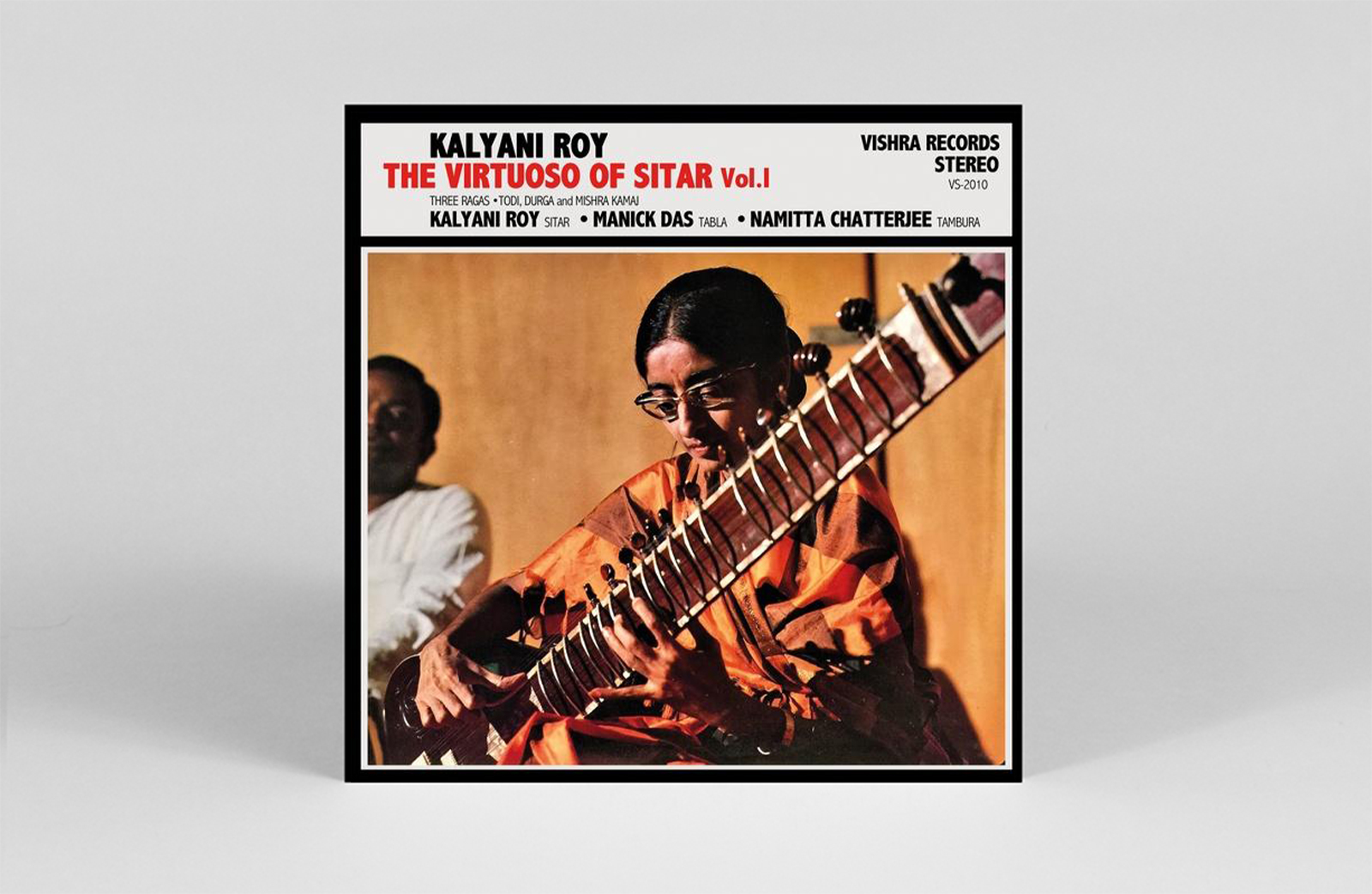 The Virtuoso Of Sitar

“One of the finest female sitar players in a field that was dominated by her male counterparts” — as Vishra Records notes — Kalyani Roy never received the widespread, international attention her exemplary artistry deserves. Shining a much needed light on her work, The Virtuoso Of Sitar captures her performance with Manick Das Tabla and Namita Chatterjee on Tambura in Japan, 1974. Contained within these two volumes is a collection of ethereal, sublime strings that radiate with devotion. – LR 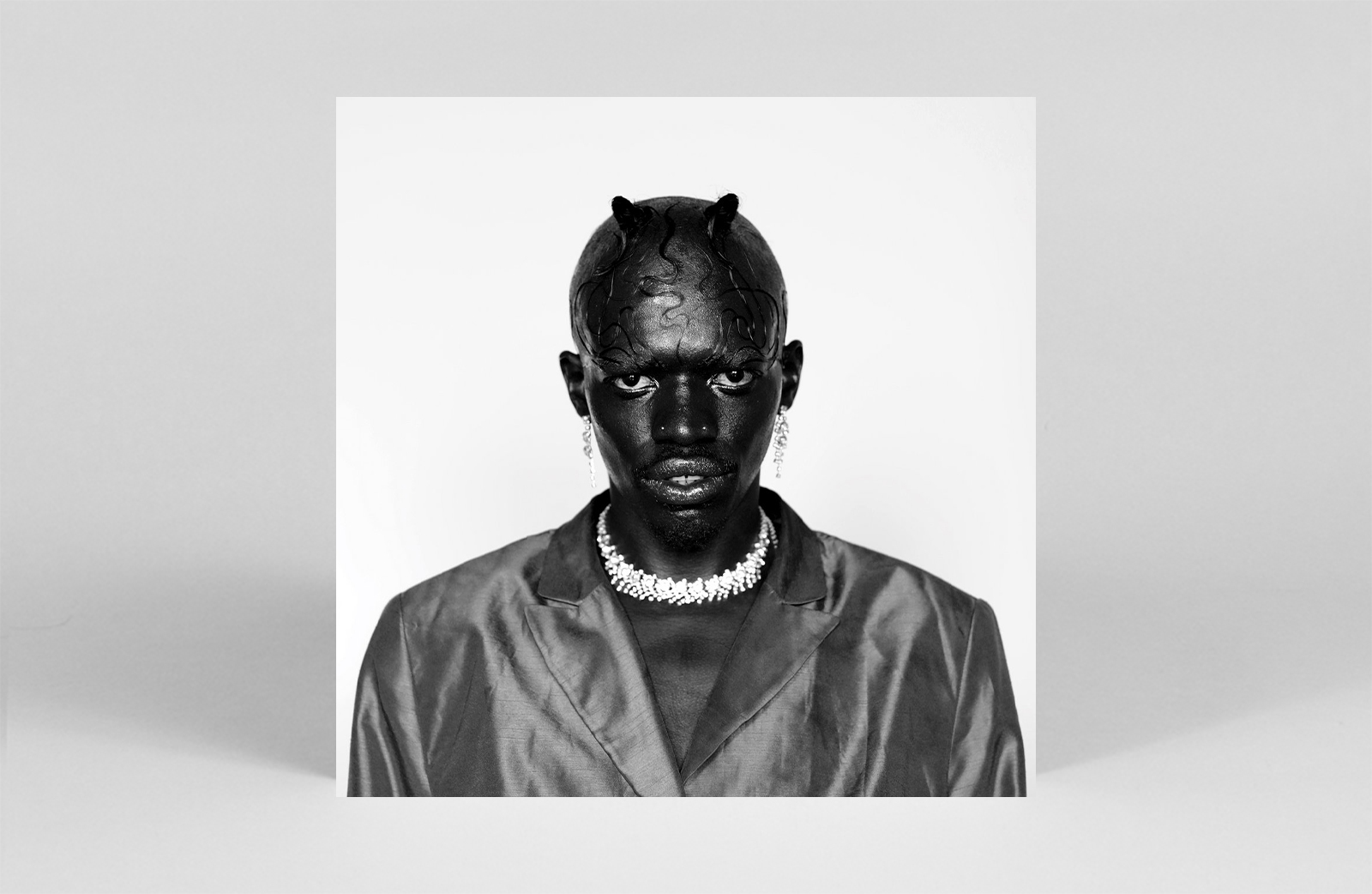 South African musician Desire Marea’s debut album, Desire, makes its long-awaited vinyl debut via Mute this week. While Marea toys with electronic experimentation — from controlled-yet-frenetic gqom rhythms on ‘Thokozani’, to abstracted noise on ‘The Void’ — the crux of Desire rests upon their own vocals. In lifting the album into a higher realm, Marea turns the act of listening into a spiritual activity. – LR 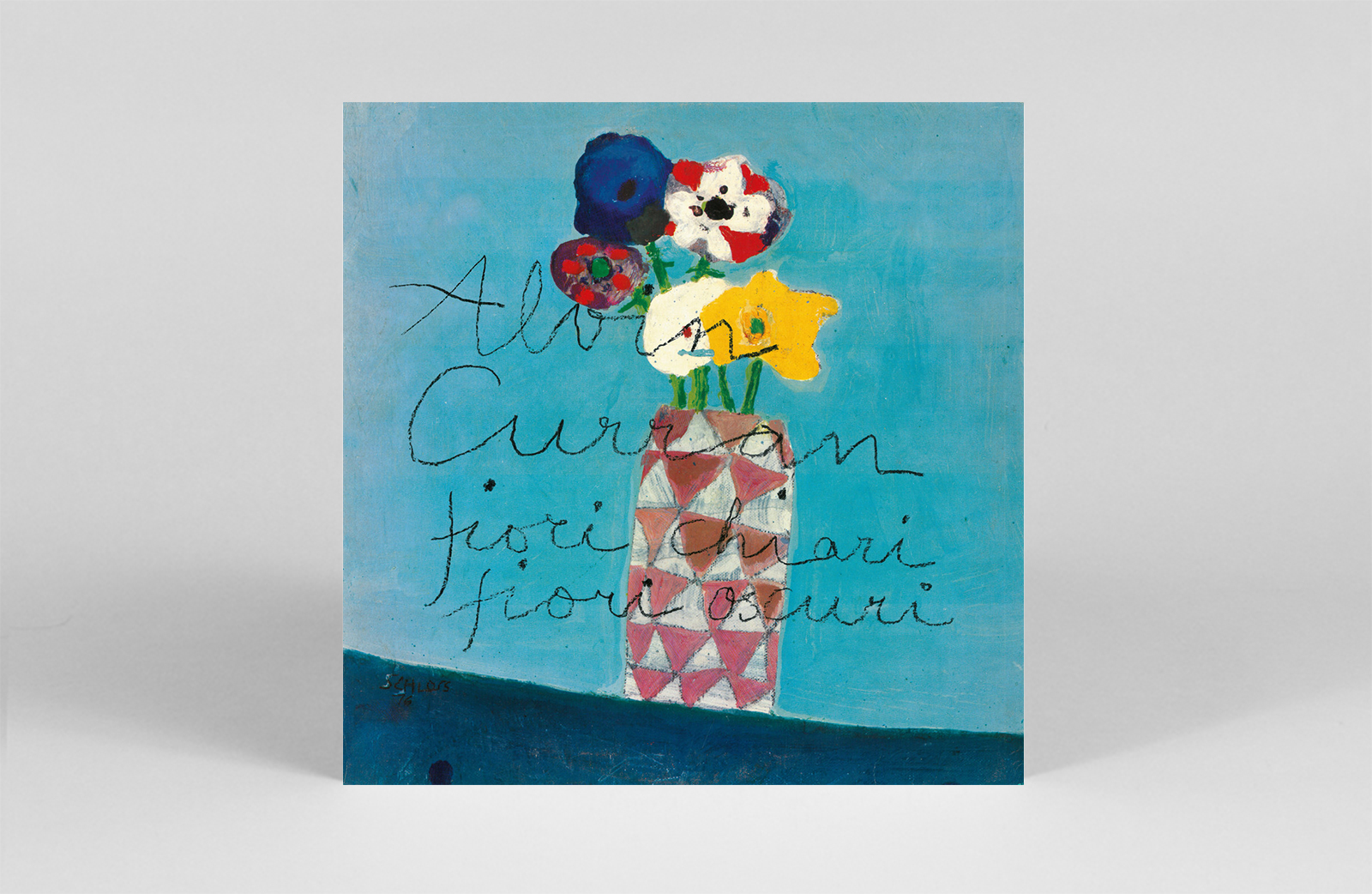 Black Truffle bestows us with a first-time reissue of Alvin Curran’s sonic marvel Fiori Chiari, Fiori Oscuri, which was originally released on the Ananda label in 1978. In stark contrast to collage works that hyper-actively flit from one sound to another, the sensation on Fiori Chiari Fiori Oscuri is of sounds unfolding before your ears in a soft glide of natural extensions and progressions. Transitioning from a cat’s purr to a toy piano, and from modular synthesizer to a tropical bird house all in the same progression, that the elements of this “glide” look disparate when written down is just some hint at the brilliant compositional methods at play here. – JH 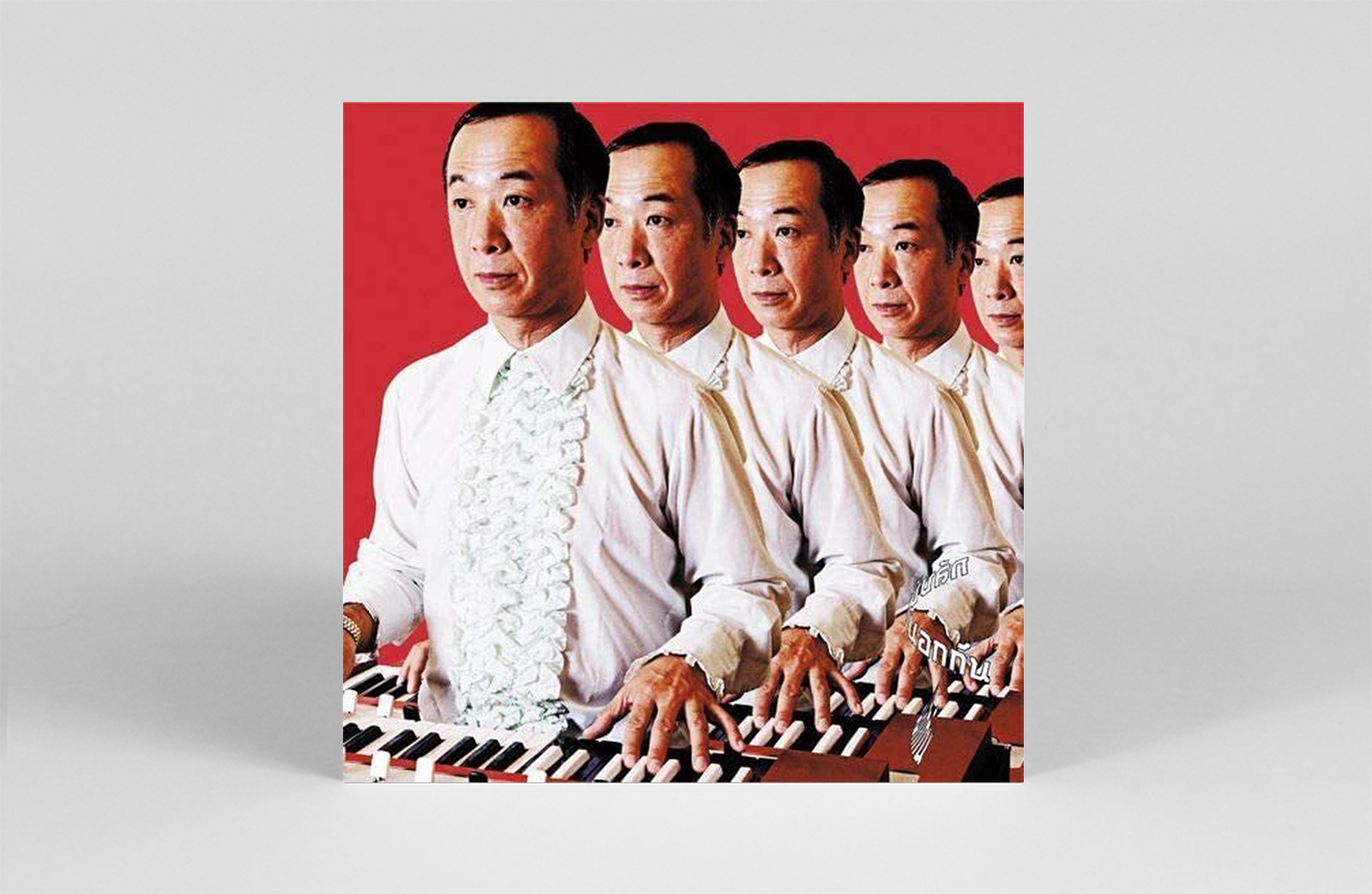 The Countryside is Great

Throw the old adage into the sea, because you can absolutely judge this vinyl by its glorious cover. As the artwork suggests, hypnotic keyboard king Emerson Kitamura is the star of the show. In The Countryside is Great, he leads you into a betwitchingly far-out, and effortlessly endearing electronic world distinctly his own. Across its 4-tracks, the EP moves from video game synthesizer bops mixed with ‘Percalator’ squelches to tropical heatwave seance sounds, to a heartrending and super kawaii Japanese version of George McCrae’s ‘Rock Your Baby’ with seamless, Nippon panache. – GH 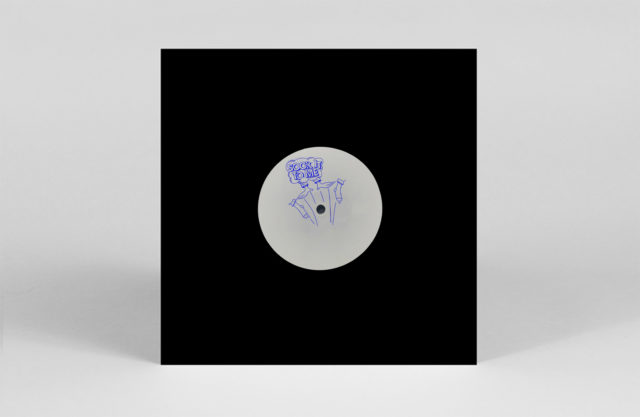 I Just Want My Life Back

Ba Dum Tish co-founder Alec Falconer teams up with pal Harry Wills for another bass-face-inducing 12″. Released on vinyl-only, the Sock It To Me label keeps you on your toes with surprise releases that have no forewarning. Both producers consistently pump out underground slammers in a variety of styles – UK funky, breakbeat, techno, and more – with Wills behind the mysterious moniker Phone Traxx, whose release ‘Never Was’ swept the UKG revival by storm. Sock It To Me’s latest 12″, featuring Enchanted Rhythms and 2-step Bec, is aptly titled ‘I Just Want My Life Back’ – pretty much invoking that exact feeling with its old school rave jams that make you wanna shout “oi oi oi”. – AW 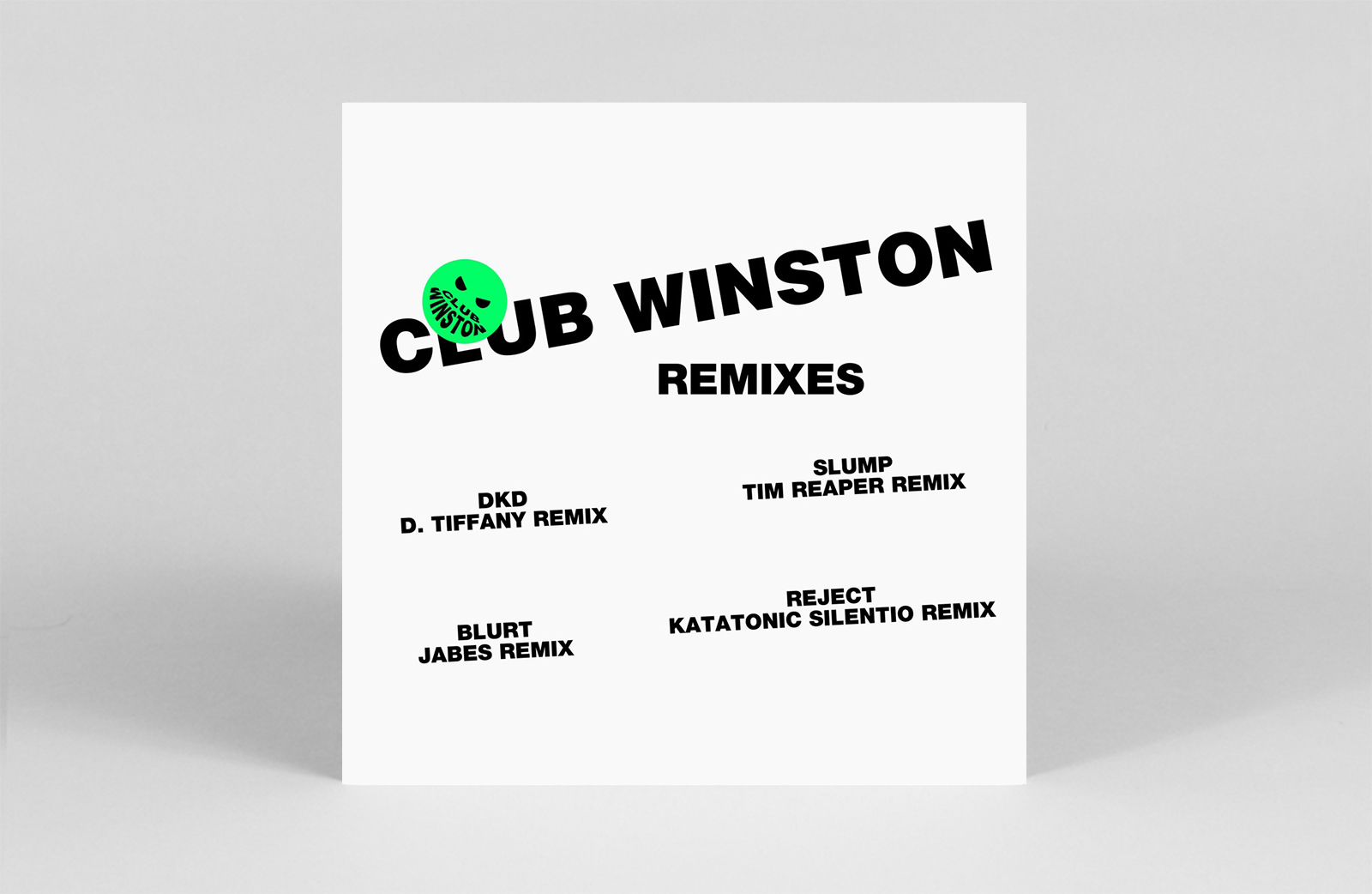 Inspired remixes from shining stars of all things electronic, UKGeorge births a sonic beauty in the shape of ‘Club Winston’. Leading the voyage is the daringly fantastic, Berlin-based D Tiffany whose ‘DKD’ rework is an enchant-trance chugger whilst rising Leeds/London star Jabes opens ‘Blurt’ with a tantalising melody only to swiftly turn your body jolting into a bass-workout. Tim Reaper saddles up donning his electrifying jungle hat whilst Katatonic Silentio throws all of the rules out the window turning the frequency up to full-on bass-face levels. – EH

VF Live: Technique Tokyo with The People In Fog