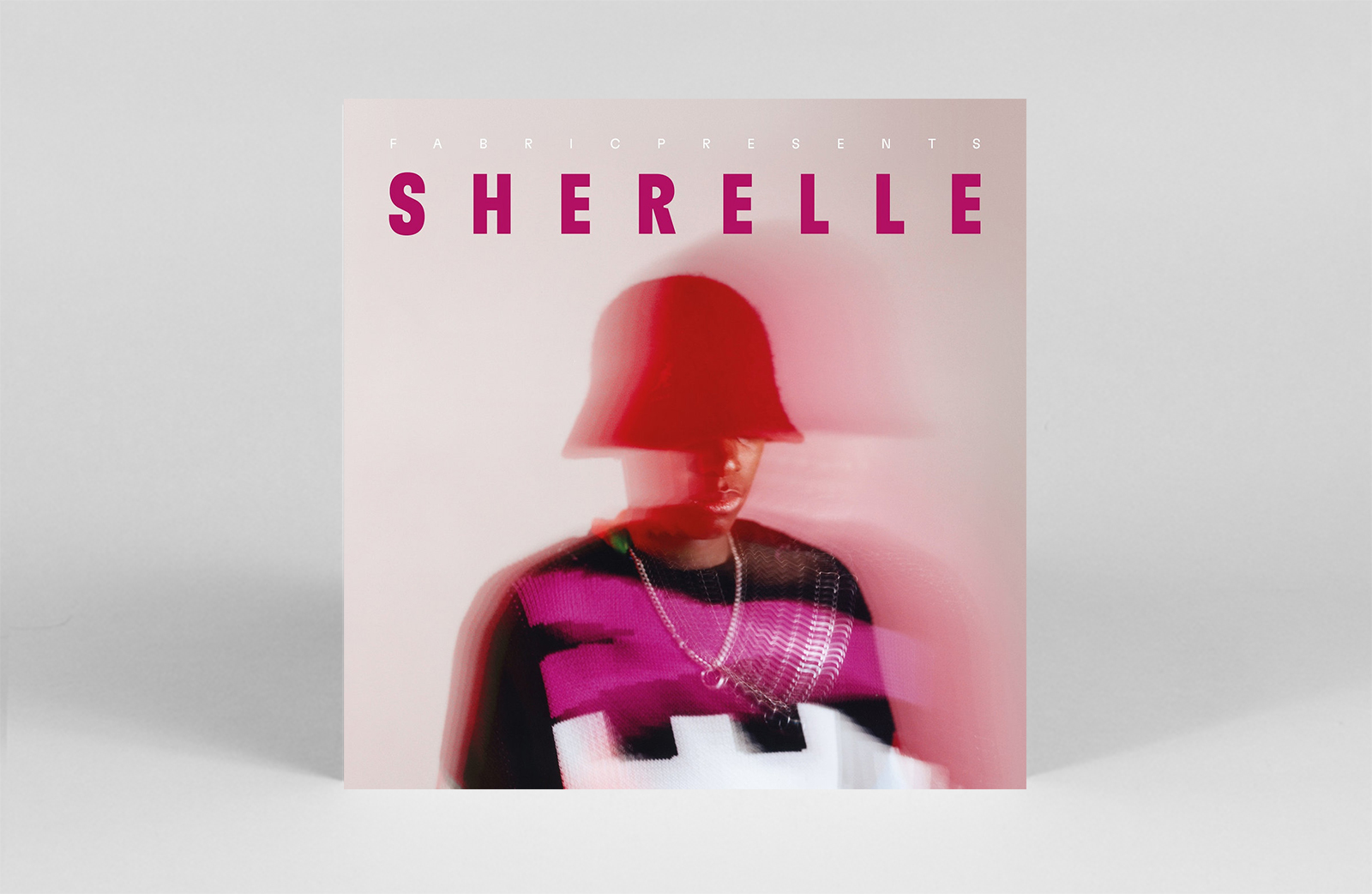 DJ, producer, and label head SHERELLE has had an exceptional year, going from strength to strength, building her BEAUTIFUL platform, unveiling compilation of the same name, and unveiling her debut release, 160 Down The A406 EP. She brings 2021 to a close on a high, with her excellent instalment in Fabric’s iconic fabric presents series. Navigating through electric RP Boo refixes and classic ephemeral techno from New Yorks current finest Kush Jones and AceMo, it reflects the thrillingly buoyant energy she has rightly become known for. As is to be expected, the album rotates around the higher BPMs. Further zooming between old school ‘94 numbers such as Aphrodite’s ‘The Navigator’ and the new-wave of breaks and jungle via LCY, it keeps your heart racing from start to finish. – EH 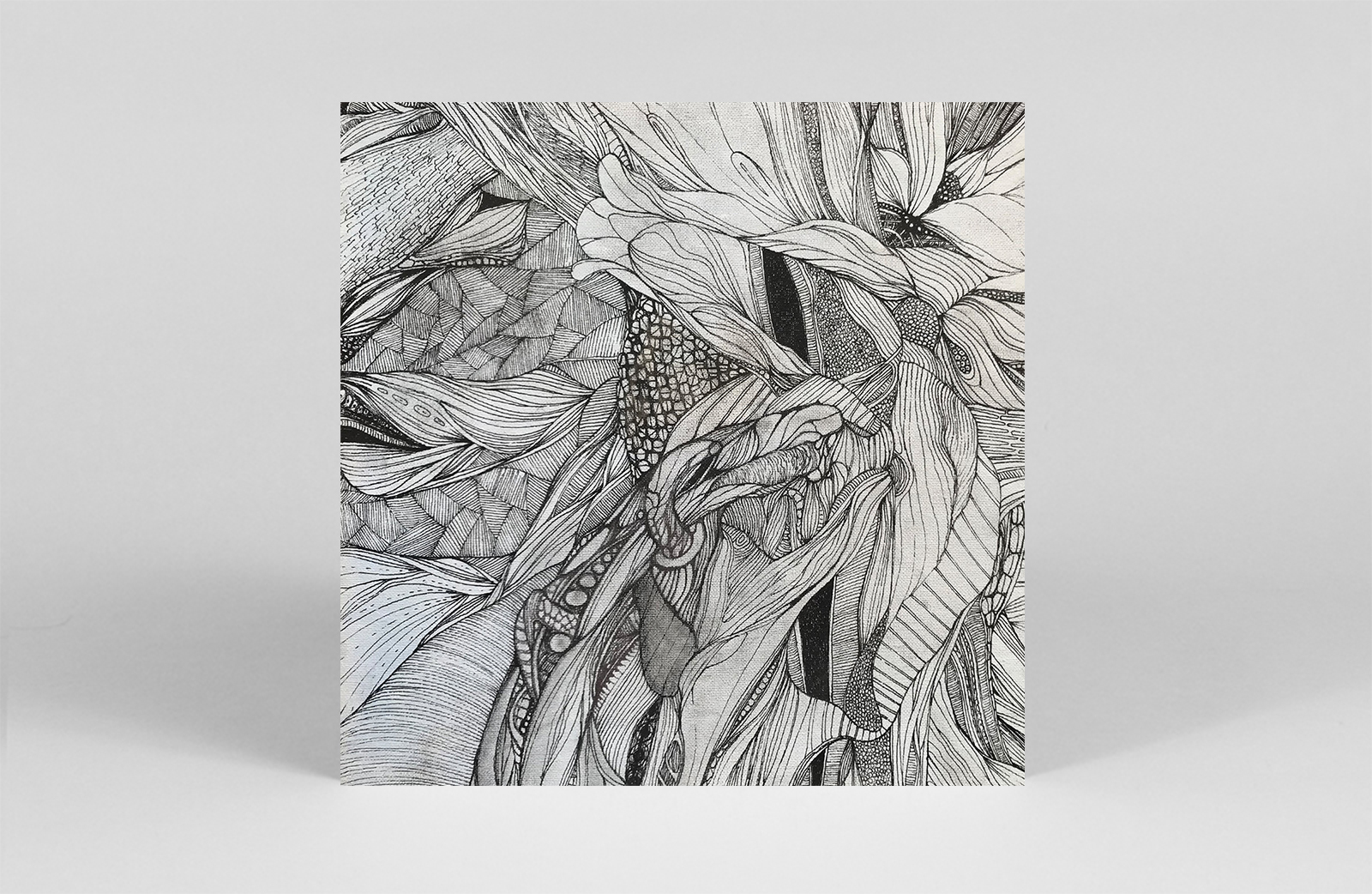 Calibre is back, following his excellent album Feeling Normal with a silky smooth d’n’b outings in his Shelflife series. Created between 2001 and 2020, keen Calibre disciples and associates will recognise many of the tracks from Shelflife Seven from mixes and DJ sets. But whether you are familiar with them or not, these thirteen tracks will appeal to those both familiar with the material and newcomers alike. In signature Calibre fashion, many tease out his twinkling synthesizer riffs and spaces into emotive realms. There are heavier bass machinations here too, if you’re that way inclined. Shelflife Seven is an essential release for longtime fans and newcomers alike. – GH 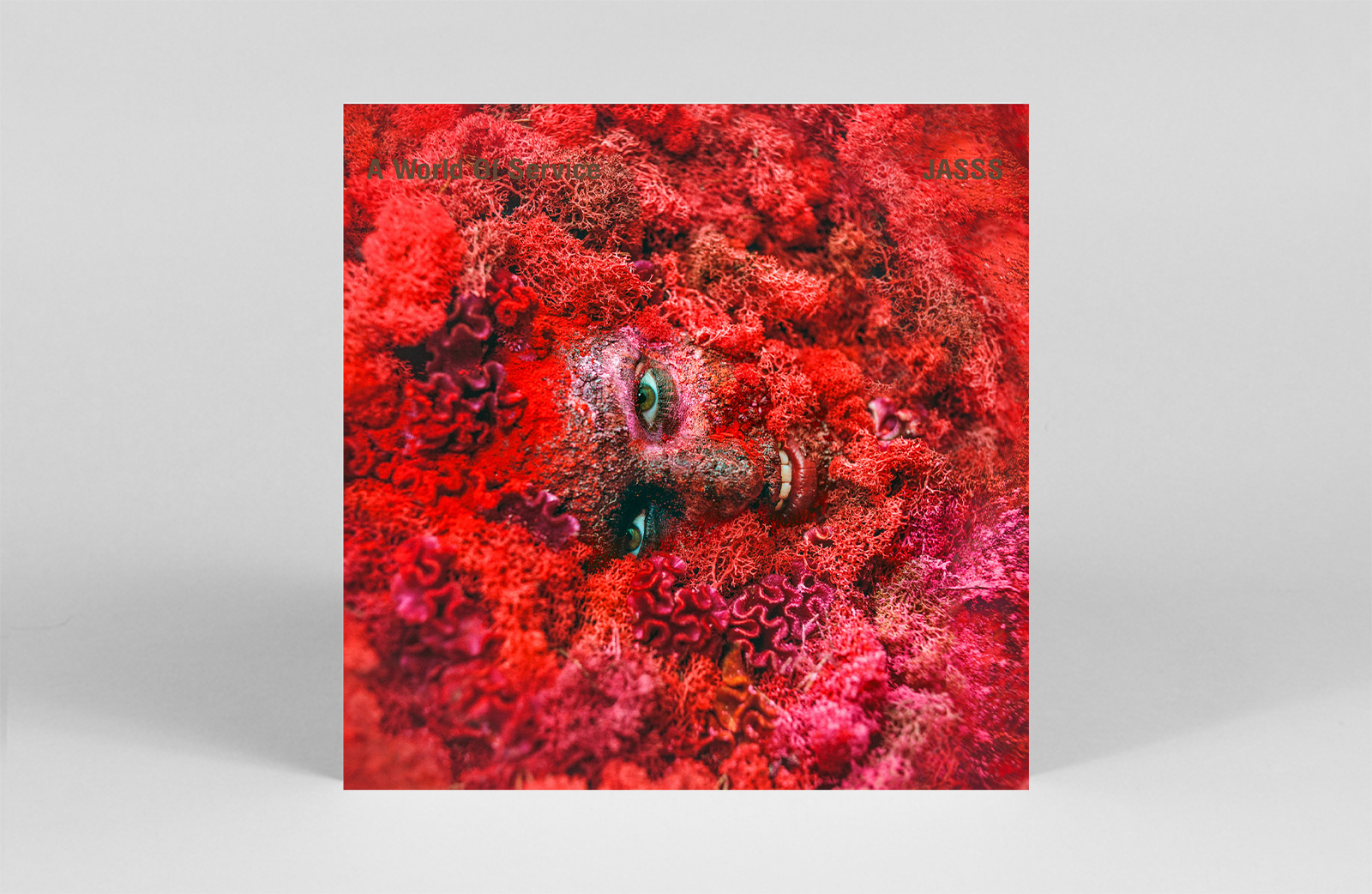 A World Of Service

All abstract electronics, industrial pop, and “computerised yearnings,” A World Of Service offers a mission statement for techno-dystopia. Calling out that “pleasure is nowhere to be found inside this world of service” in the opening, JASSS moves through shades of noise, shadowy and desolate soundscapes, and industrial across the album. – LR

Carefully curated by Berlin-based, Venezuelan DJ Trujillo, this 21-track selection is a love letter to the 80s and 90s Spanish electronic music scene, as well as encapsulating the sensual, hedonistic zeitgeist of Ibiza as it transformed from a bohemian affair into party destination. Strictly Iberian-based artists are featured on this compilation, looking to reclaim the “Balearic” genre for its compatriots, while also exploring early house, bleep, boogie, pop and electro. The cover and gatefold is poignantly graced with artwork by the late Yves Uro, whose visionary club posters in the 70s and 80s helped define the aesthetic of the white isle. From end to end, it’s a scintillating slice of Spanish musical history. – AW 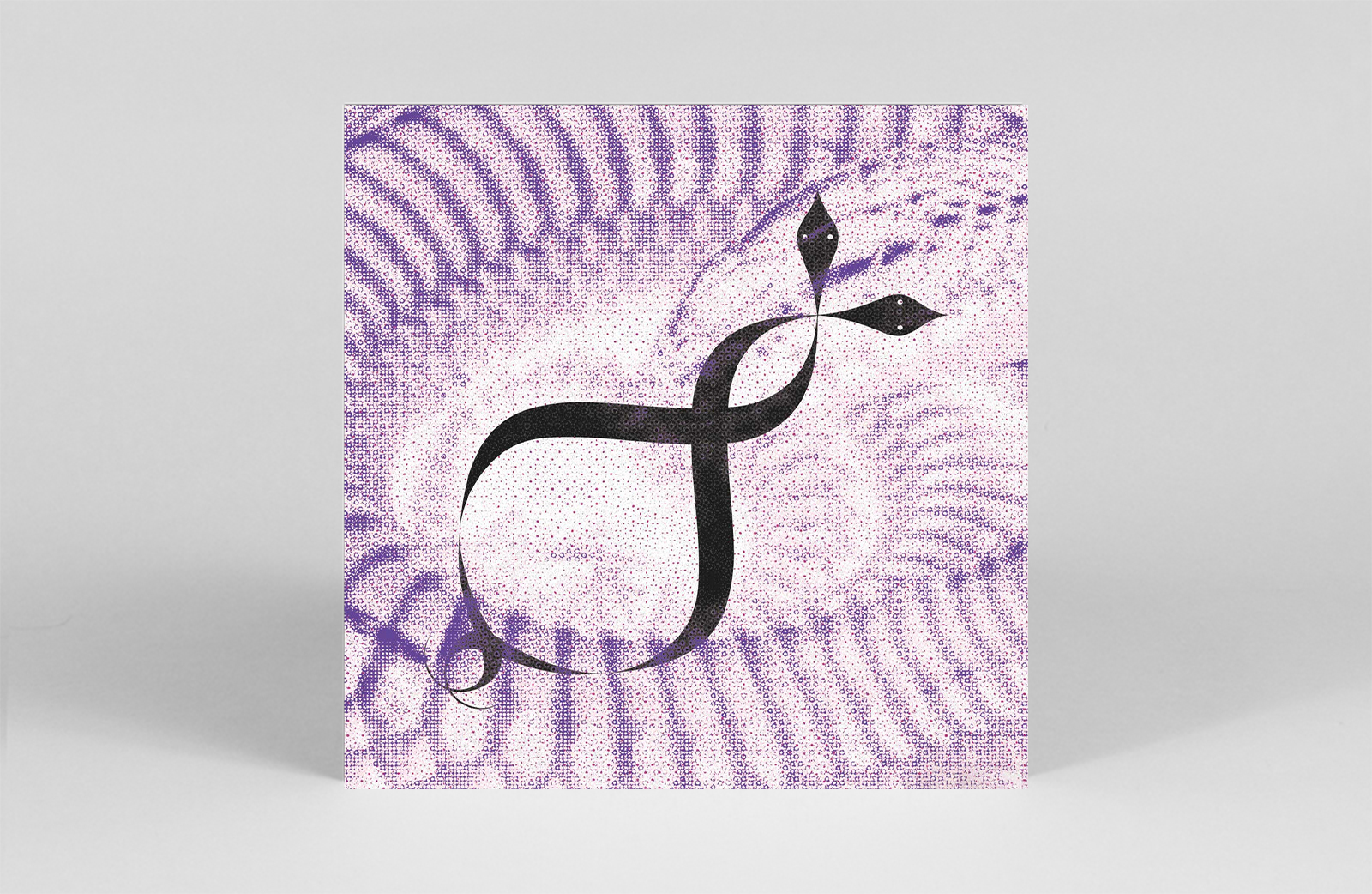 Further honing his ability to craft peak time engine revvers, Ploy unveils his Rayhana EP on his own Deaf Test label. Title track ‘Rayhana’ is a fitting start, as Ploy twerks the energy up, winding a synthesizer crank ever tighter around a baile hook. Soonafter, ‘Dark Lavis’ utilises an arabic synthesizer riff to continue the excitement, before ‘5G’ whips proceedings into a 142 bpm on a d’n’b like rattle. In short: yes, yes please, and here we fucking go. – GH 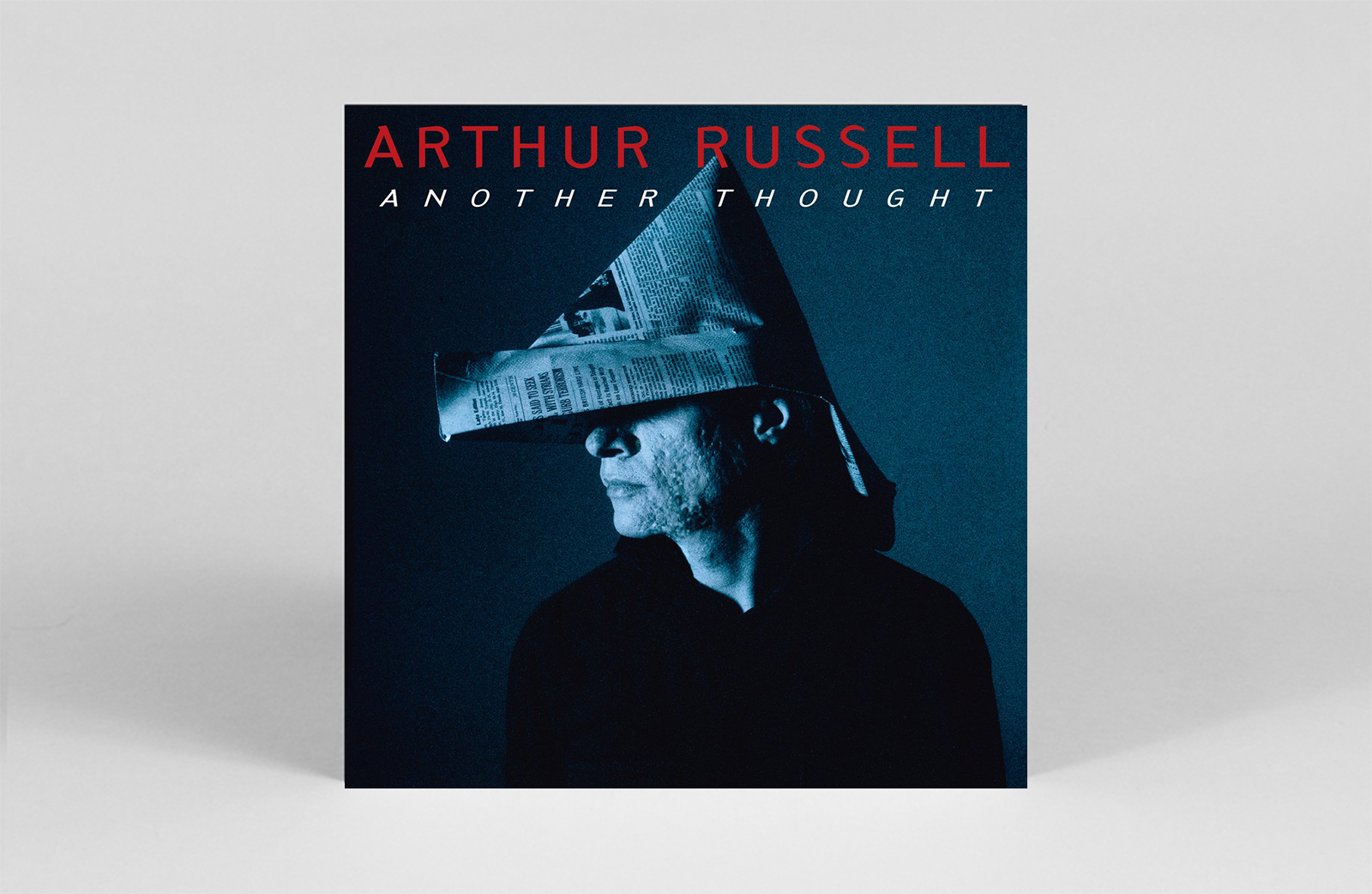 Arthur Russell released just three albums before his untimely passing in 1992 due to AIDS-related illnesses, however his private output and recordings were nothing short of prolific. Originally released in 1994, Another Thought offers a heartrending collection of work from across his life. Full of melancholy vocals and his avant-garde cello compositions, the album is a testament to his ability to invoke often devastating emotions like no other. – LR 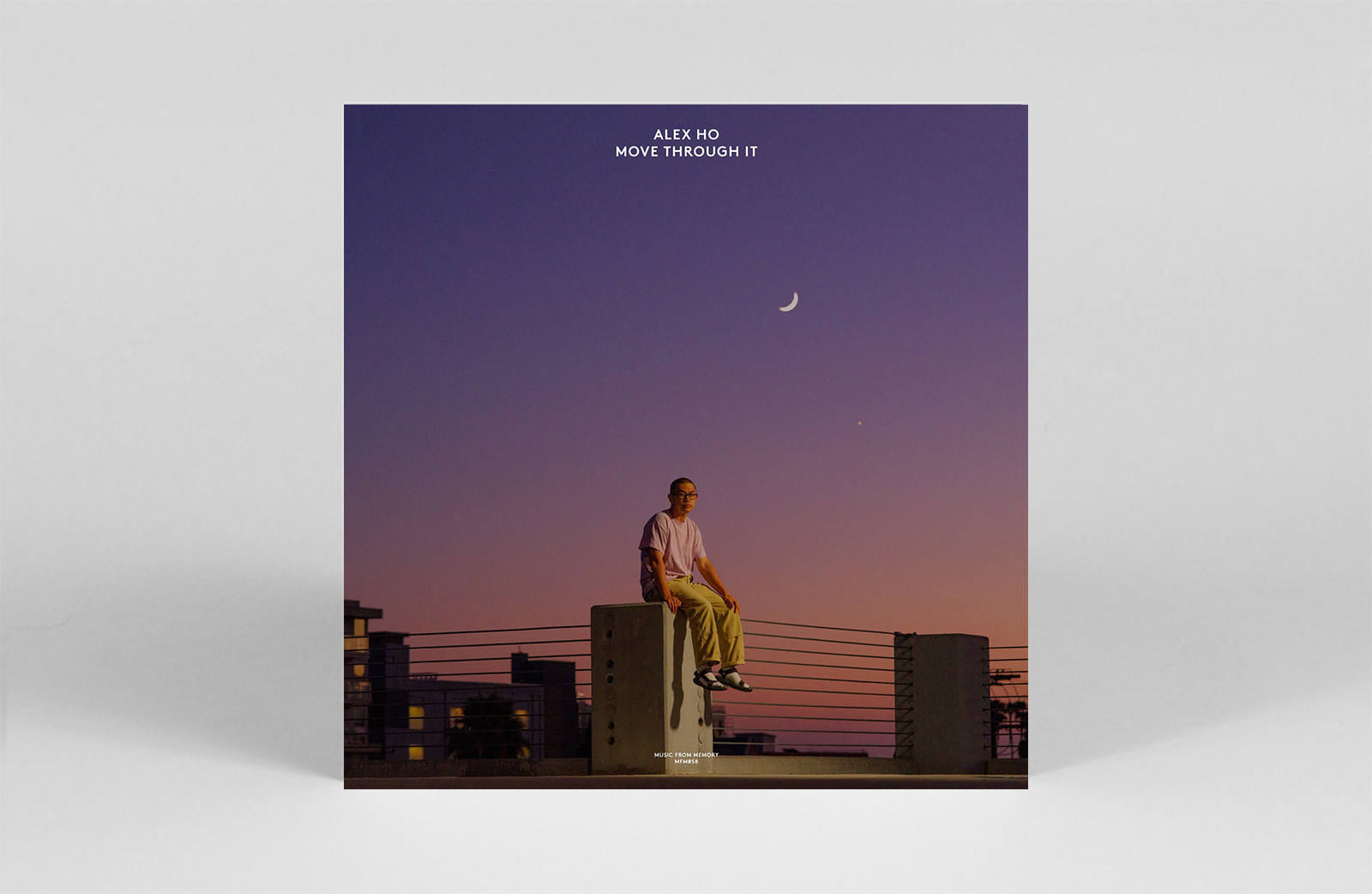 Alex Ho’s debut album is a welcome antidote to the end of year hyperactivity. Tucking us into a cosy nest of synth pads, he sets sail along soft drum patterns and reverberating guitar licks, travelling through nostalgic dreamscapes which evoke a Super 8 home video backdropped by the glowing, hazy sunsets of Los Angeles. While he may be better known for his eclectic selection which includes techno, boogie and even Cantonese pop, on Move Through It, Ho gravitates towards slow-funk and downtempo electronica, painting a contemplative and tender portrait of his hometown. – AW 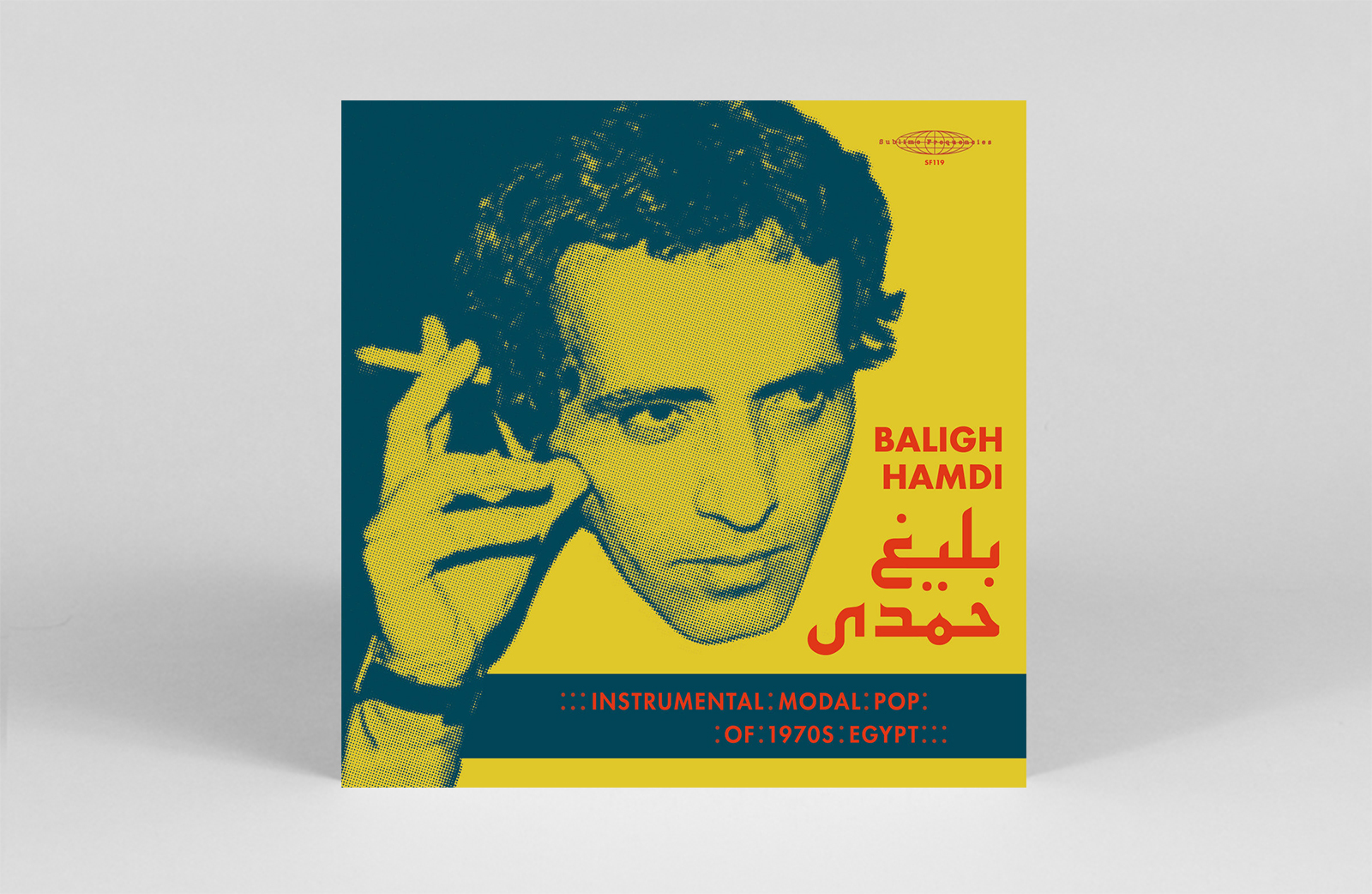 Mixing traditional Egyptian orchestral arrangements with slinky theremin frequencies and staccato surf guitar runs, this collection of instrumentals from Baligh Hamdi and his Diamond Orchestra plays out against an expansive backdrop of tradition and innovation. With Hamdi on a mission throughout the 1970s to create a hybridized form of Arabic music, this collection is a stunning summary of his quest, and testament to the formidable group of musicians he recruited and directed within the Diamond Orchestra. Featuring Omar Khorshid’s electric guitar, Magdi al-Husseini’s organ, Samir Sourour’s sax, and Faruq Salama’s accordion, this is modal pop as a bridge between musical worlds. – JH 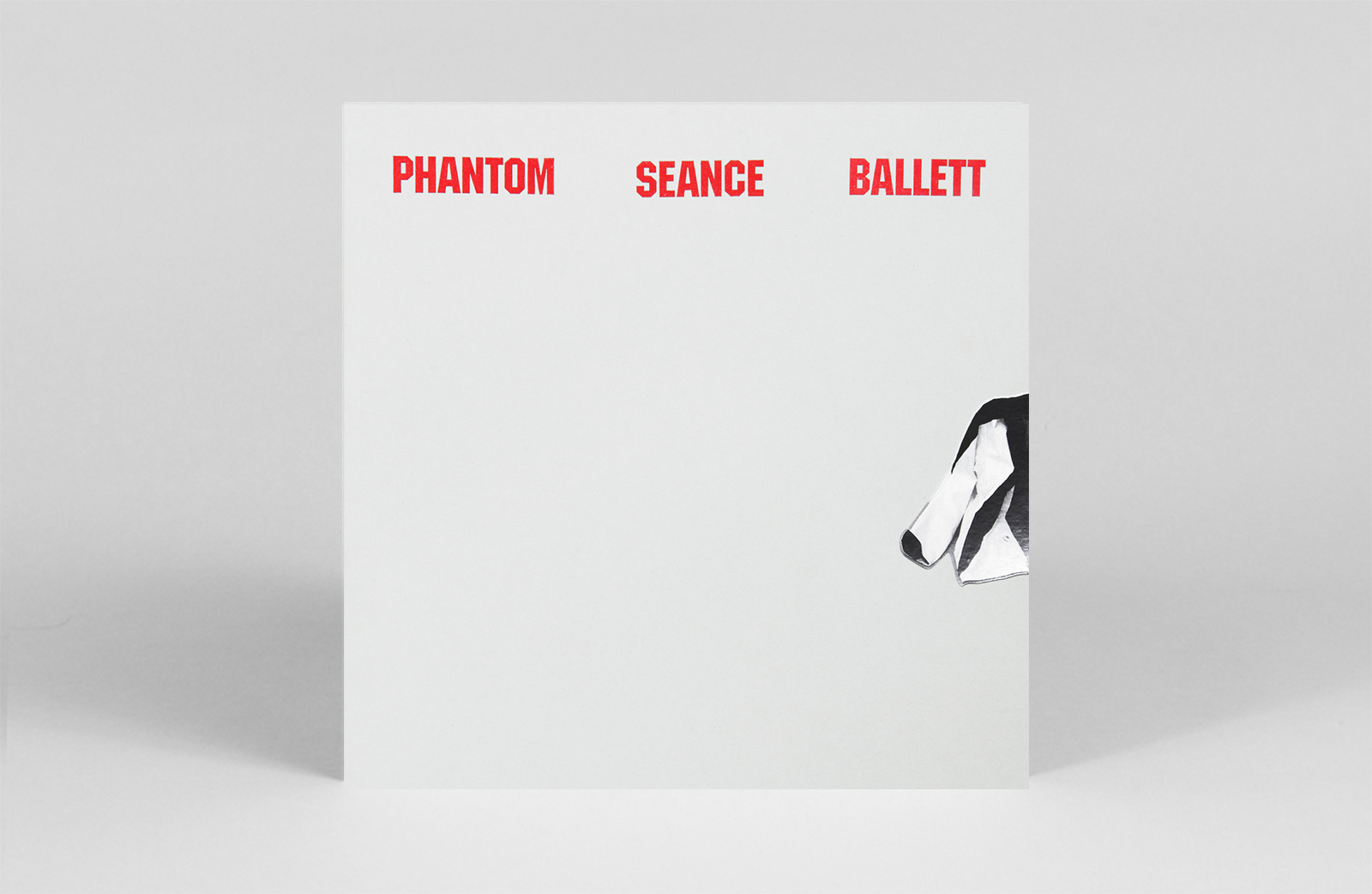 Combining a live recording with a reconstructed patchwork of sound, Phantom Seance Ballett takes a two-pronged approach to the idea of condensing Lena Willikens & Sarah Szczesny’s ongoing collaboration into a single LP. For something as open, and variable as the duo’s live performances and exhibitions, such a distillation is no small task, yet the uncanny focus of their work and penchant for found sound finds a fitting home on vinyl. As a fixed perspective on the moving boomboxes and interplay of a 2019 performance at NAK Neuer Aachener Kunstverei, side one is intriguing, but it’s side two’s deconstruction and reconstruction where this work really hits its stride – featuring additional input from Viktoria Wehrmeister and Detlef Weinrich helping to build these curious audio fragments into some peculiar ear-worm grooves. – JH 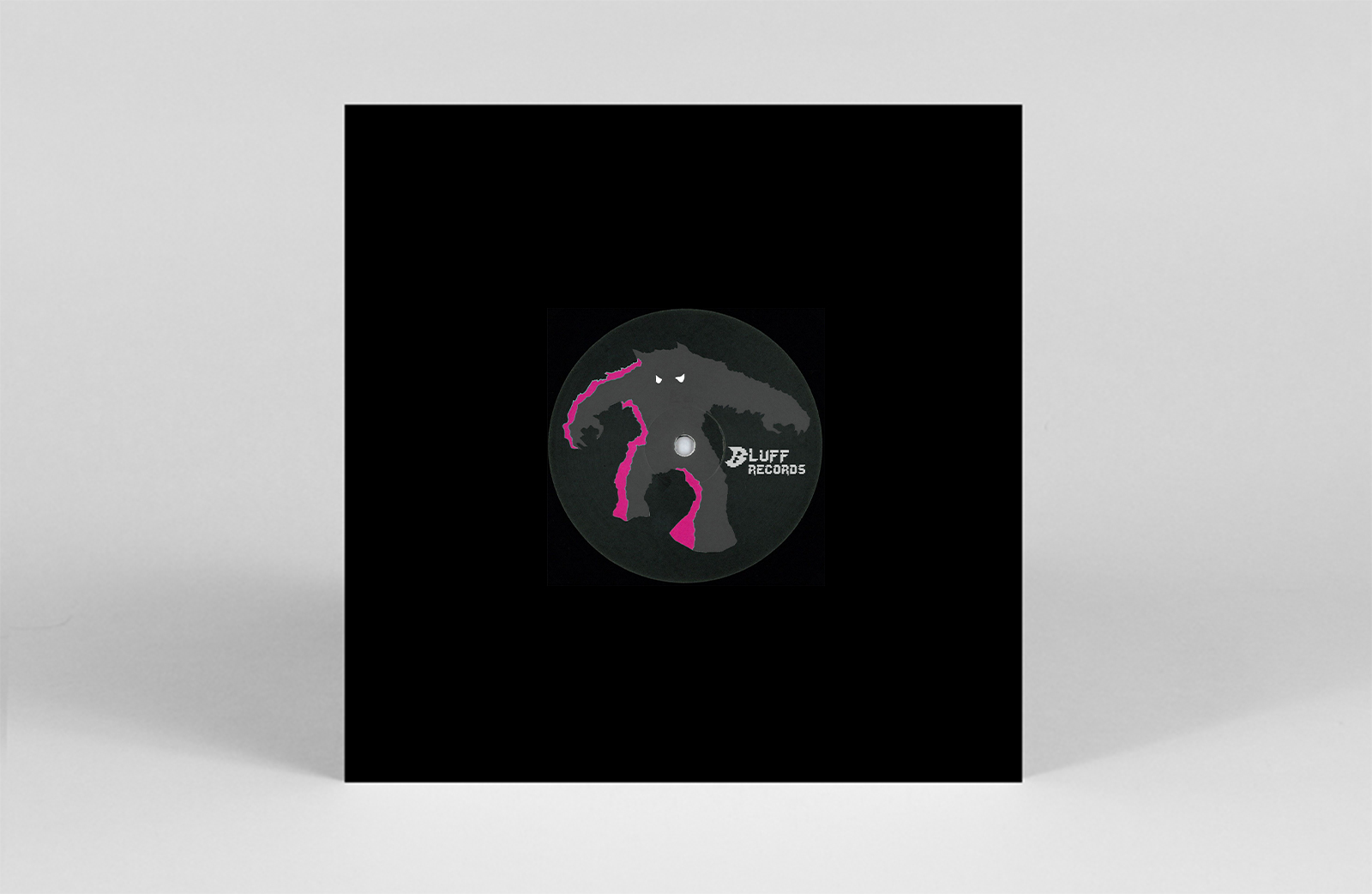 Summer 2021 has reunited our connection with all things hardcore, breakbeat, jungle and beyond. Staying on trend, Phineus II steps up for BLUFFs sixth edition with bountiful energy. BLUFF006 is a four-tracker EP that combines electrifying breaks with charismatic energies, the self titled track is fast and furious whilst the second track, Jerrycan, brings a dub breakdown before incorporating drum driven rhythms. Both of the productions dance with this energy of freedom, the B side maintains that electrifying energy ‘Yo That Sounds Dope’ more akin to the A side has a slightly gnarlier edge but ‘Power Trip’ is a particularly special number, invoking those classic melodic spaces. – EH