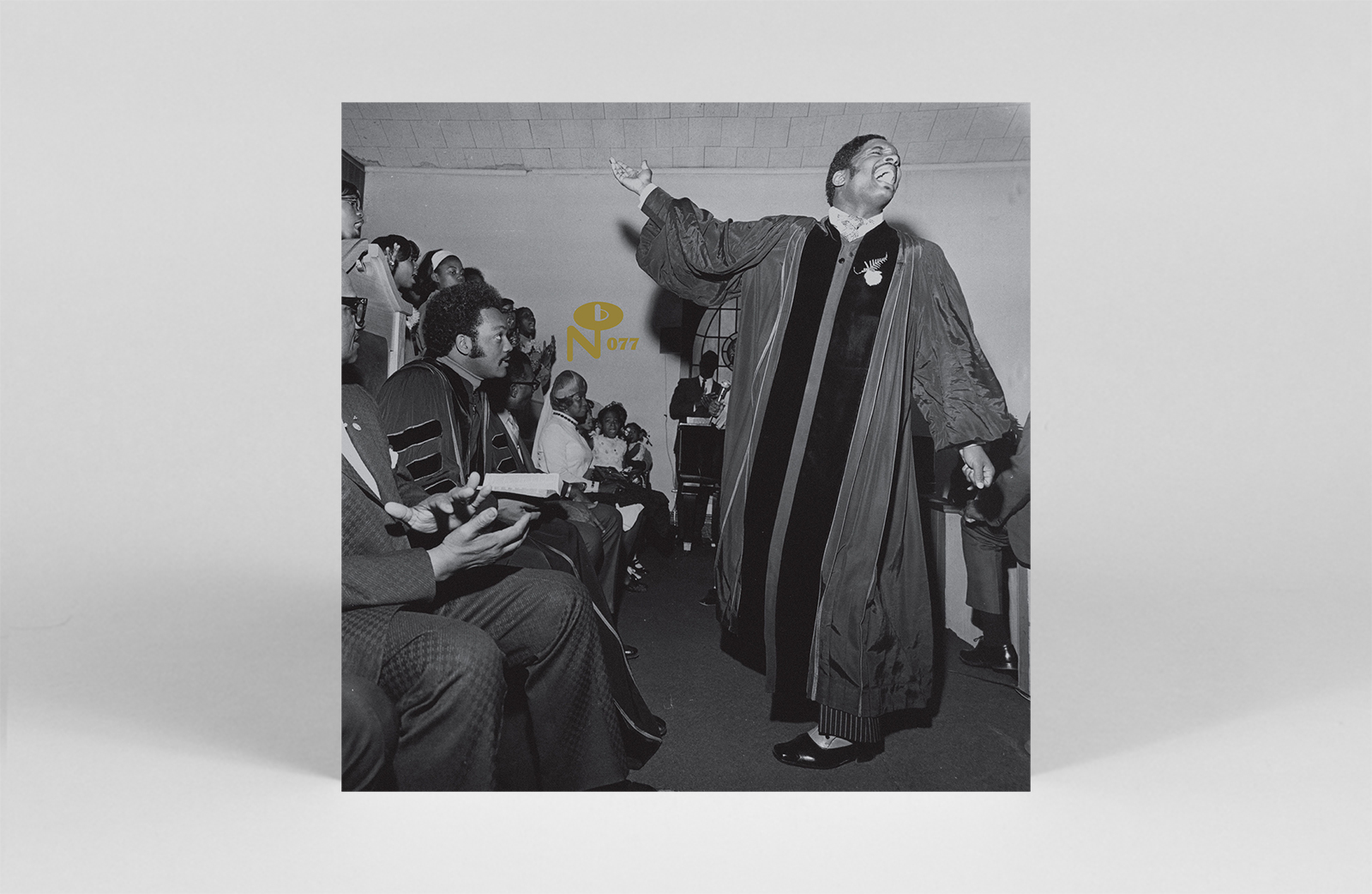 I Shall Wear A Crown

Pastor T.L Barrett & The Youth For Christ Choir’s soaring, gospel soul and funk is the subject of a deep dive reissue courtesy of Numero. Spanning Chicago pastor Barrett’s entire career, the five disc box set serves as a long overdue exploration of his releases. Most poignantly though, it also showcases the mighty ways that truly great gospel music can transcend its religious starting points to become universally joyous and uplifting, no matter what altar you choose to worship at. – GH 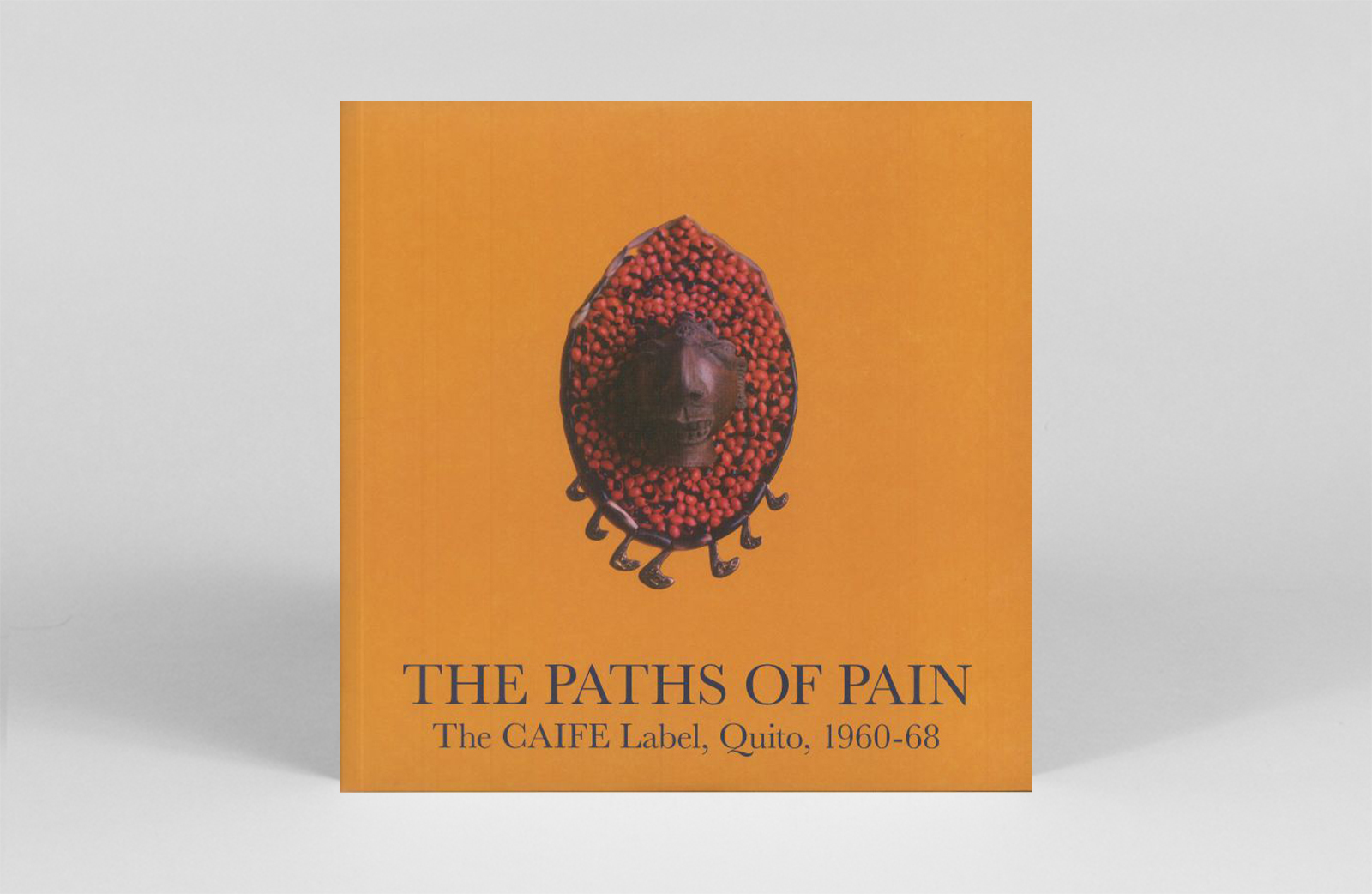 CAIFE is a Quito-based label that was largely constrained to a set of suitcases for nigh on forty years, set loose once again by this brilliant 2xLP survey and its resplendent collection of songs that hail from the “golden era of Ecuadorian music”. Caife label was founded by Carlos Rota, however it was his grandson Daniel who rediscovered the imprint’s original reel-to-reels and 45s under several tons of newspaper in 2014. This distillation from Honest Jons furthers the folkloric elements of this time-capsule find. Filled with forms such as tonada, albazo, danzate, yaravi, carnaval, yambo, and instrumentation that ranges from Lucho Munoz’ eccentric organ takes, to local character Biluka’s playing of the ficus leaf, the compilation is brimming with intriguing and beautiful sounds. – JH 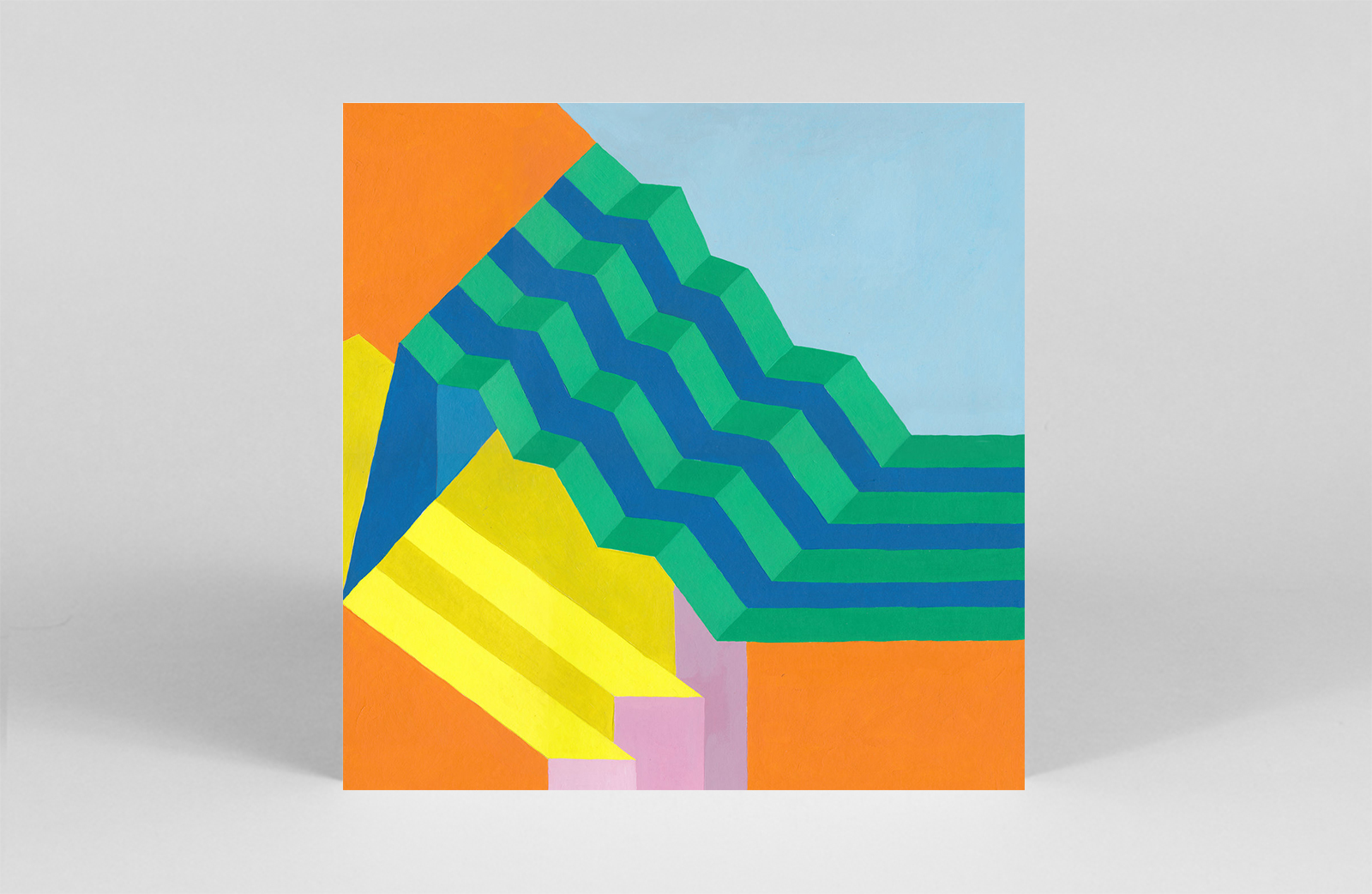 Originally founded in 2011 with a focus on “space, bass, and fractured rhythms”, Livity Sound has gone on to become one of Bristol’s most beloved labels. With over sixty releases under its belt, Livity Sound celebrates its tenth birthday with a 19-track compilation of artists from its roster, including Azu Tiwaline, Batu, DJ Plead, Al Wootton, Forest Drive West, and Hodge. Highlighting the mutating nature of club music, the comp spans submerged percussions, nimble drum workouts, dub techno, splintered electronics, and beyond. Here’s to another ten years. – LR 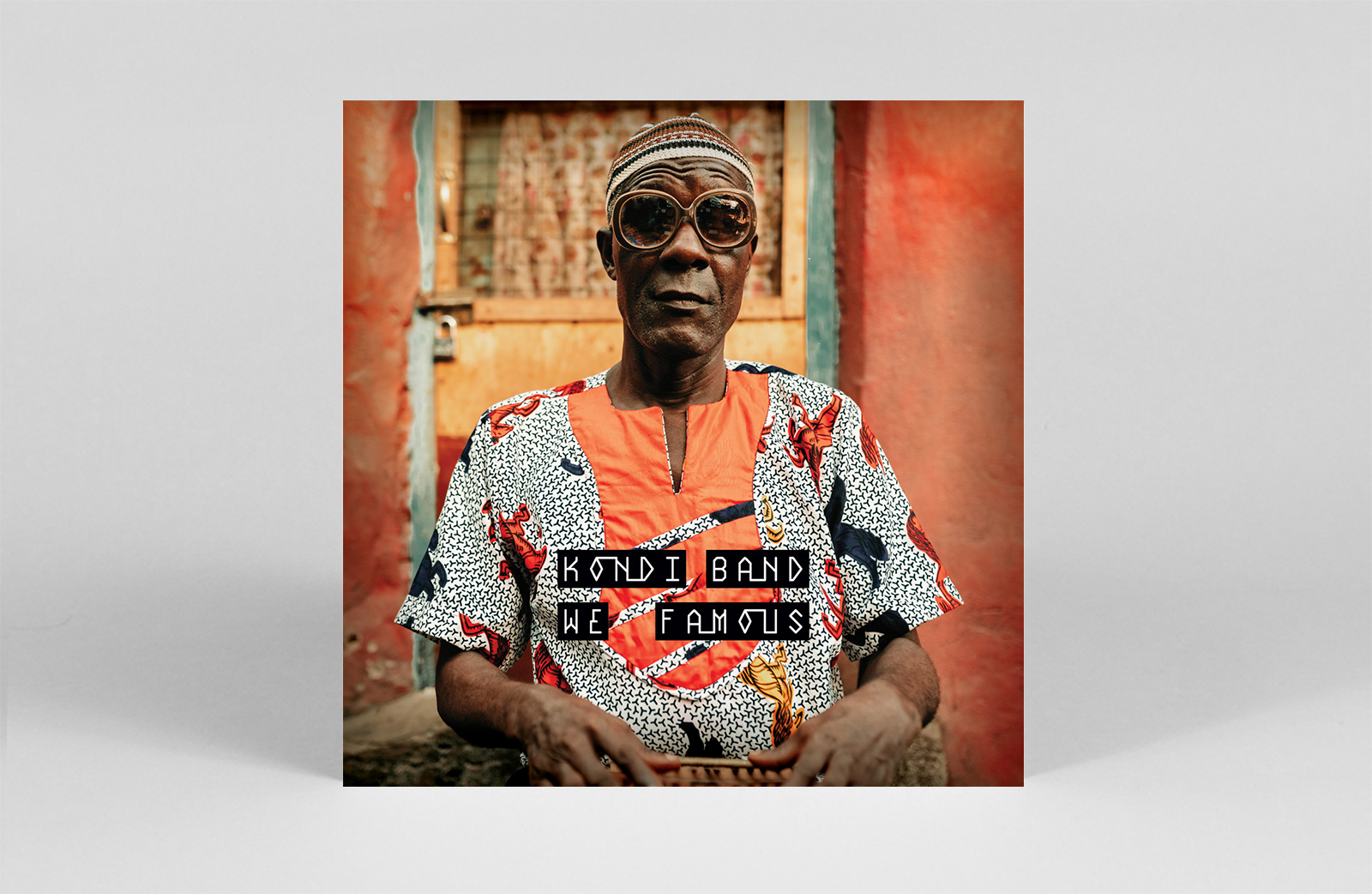 Mixing Afro-pop with thumb piano instrumentals and house percussion, Sierra Leone’s Kondi Band returns with their second album We Famous. “Sorie Kondi may be playing an acoustic folk instrument from Sierra Leone,” explains band member Boima, “but he thinks about music in the same way as a techno producer with the dance-friendly pulse of his cajon drum, the flowing melody lines from his thumb piano and his incredible vocals.” The result is an uplifting record that showcases Sorie Kondi’s glowing musicianship, while dipping its toes firmly on the dance floor. – GH 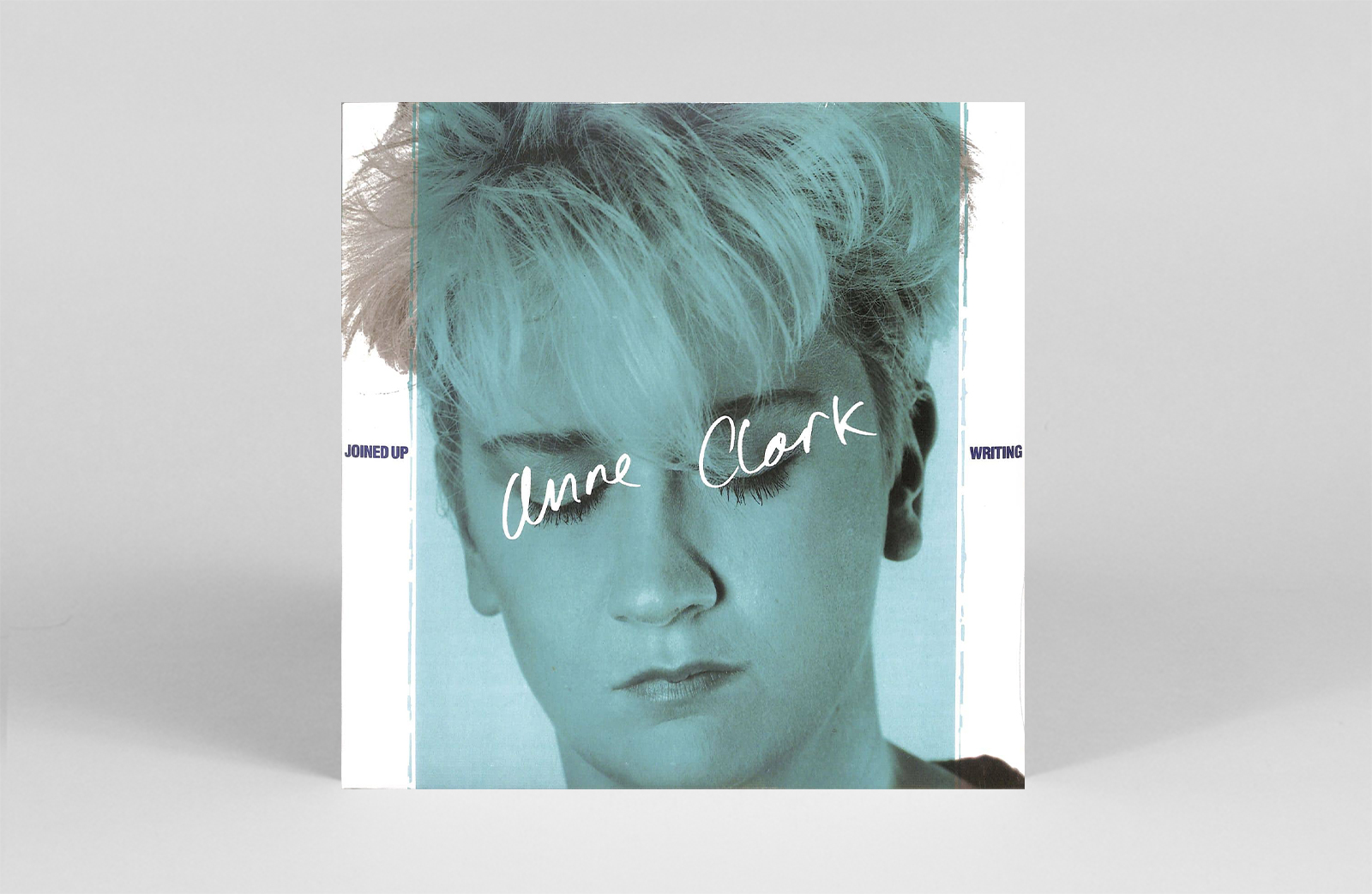 Anne Clark’s poetic musings are reissued in Joined Up Writing. Dancing over atmospheric melodies, the mini LP has an imposing cinematic quality. There is something so powerful about the entwined art of DIY spoken word and alluring synth-punk riffs, which critique the growing capitalistic world, most notably felt in self destruct. Standout track ‘Darkness’ is an electrictrified synth pop/ ebm tune, with a weighty, danceable hook whose subject deals with the imperfections of humanities emotions. Clark is a true pioneer of the genre, and a stellar addition to any new wave fan’s collection. – EH 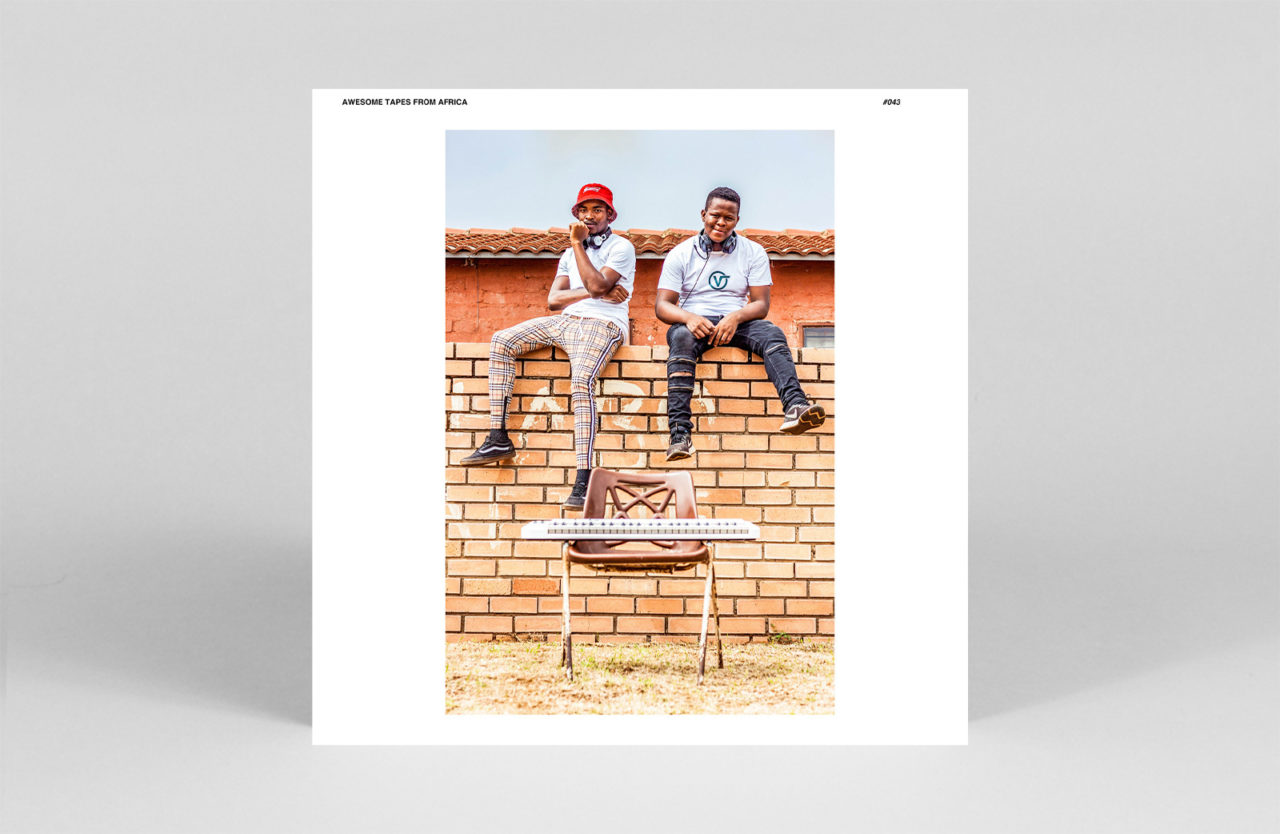 Teenage Dreams is a seamlessly sequenced, amapiano debut LP from South African duo Teenage Dreams. Built on the musical dialogue between Kgothasolo Tshabala and Zakhele Mhlanga’s keys and percussion, the porous borders of Teenage Dreams’ instrumental approach show an impressive ability to exercise restraint whilst generating momentum throughout the whole set. Such traits seem to belie the experience of both involved, yet as teenage visionaries they fit firmly into the innovative mould of amapiano’s youthful spirit. – JH 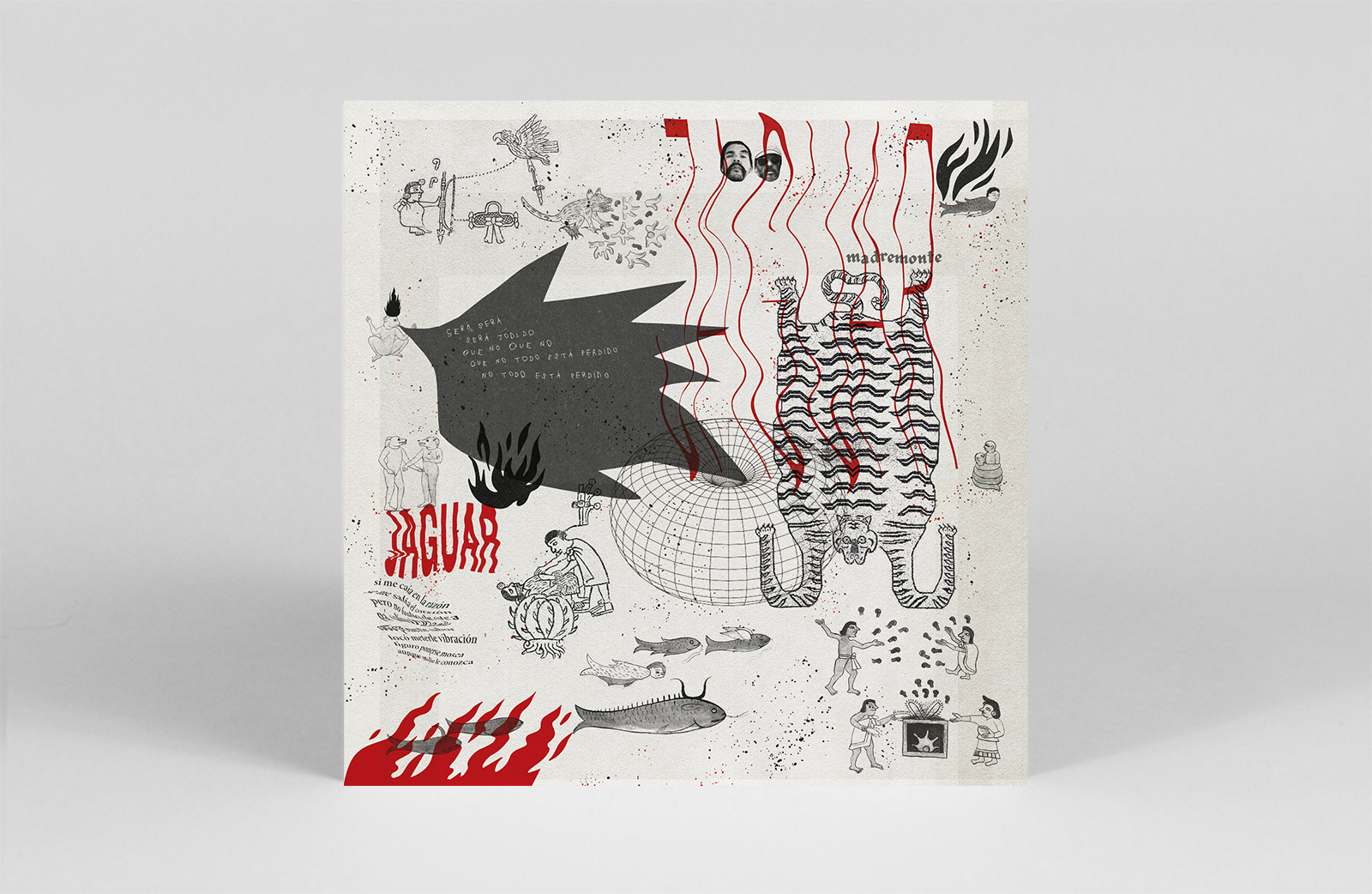 Colombian duo Jaguar’s debut album Madremonte is full of surprises – subverting expectations of what “Colombian” music is often viewed as by outsiders. The pair deftly fuse lo-fi drum machines and vintage synths with typical influences of salsa, champeta, cumbia, and a twist of psychedelica. However it’s the country’s Caribbean coast that ushers in rhythms such as calypso and soca-disco, with the standout opening track “Guadalupe” fusing zouk and punk (something that should happen more often, in my opinion), challenging anyone to resist bounding out of their seats from the first bar of its attitude-laden bassline. – AW 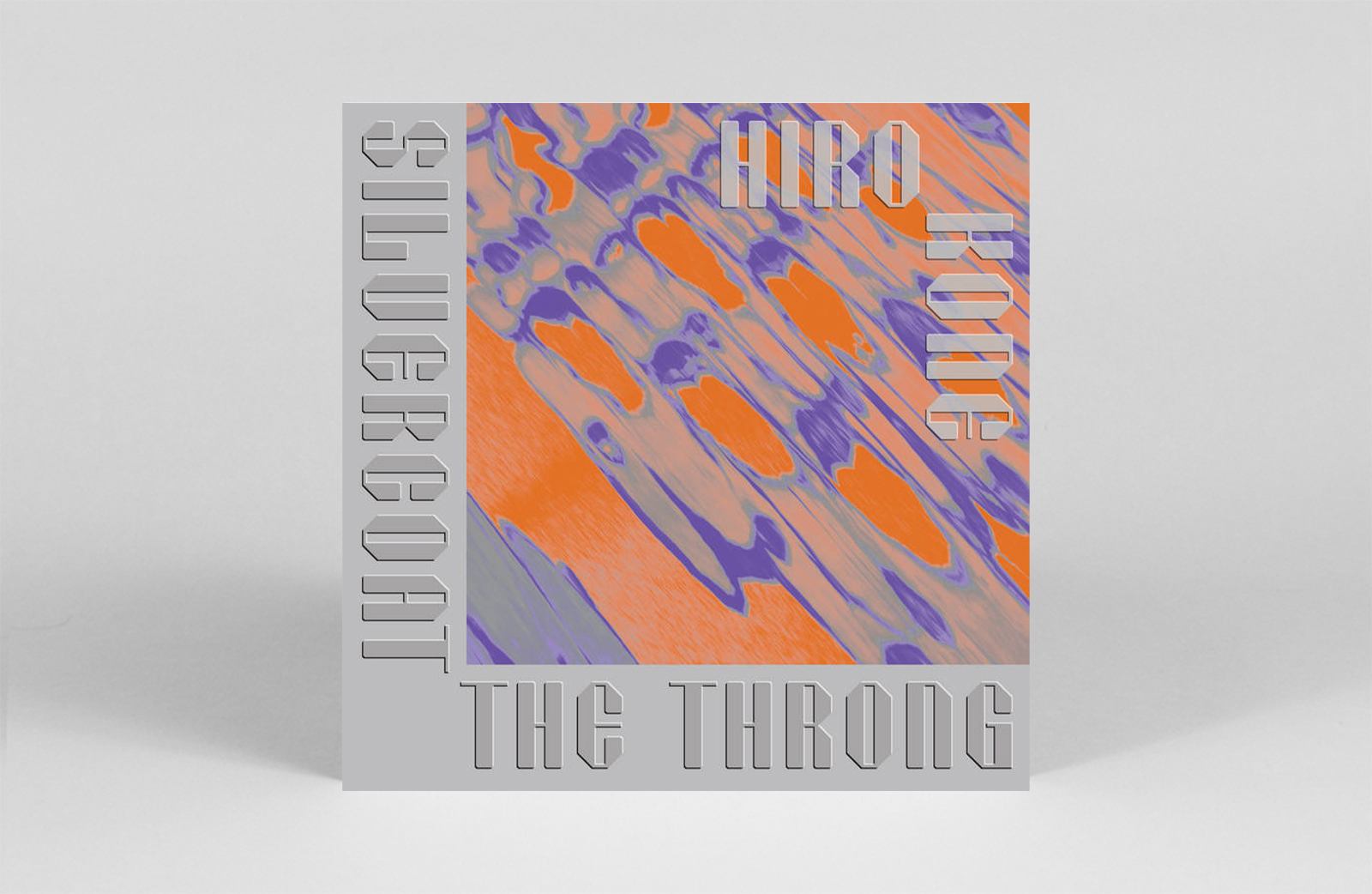 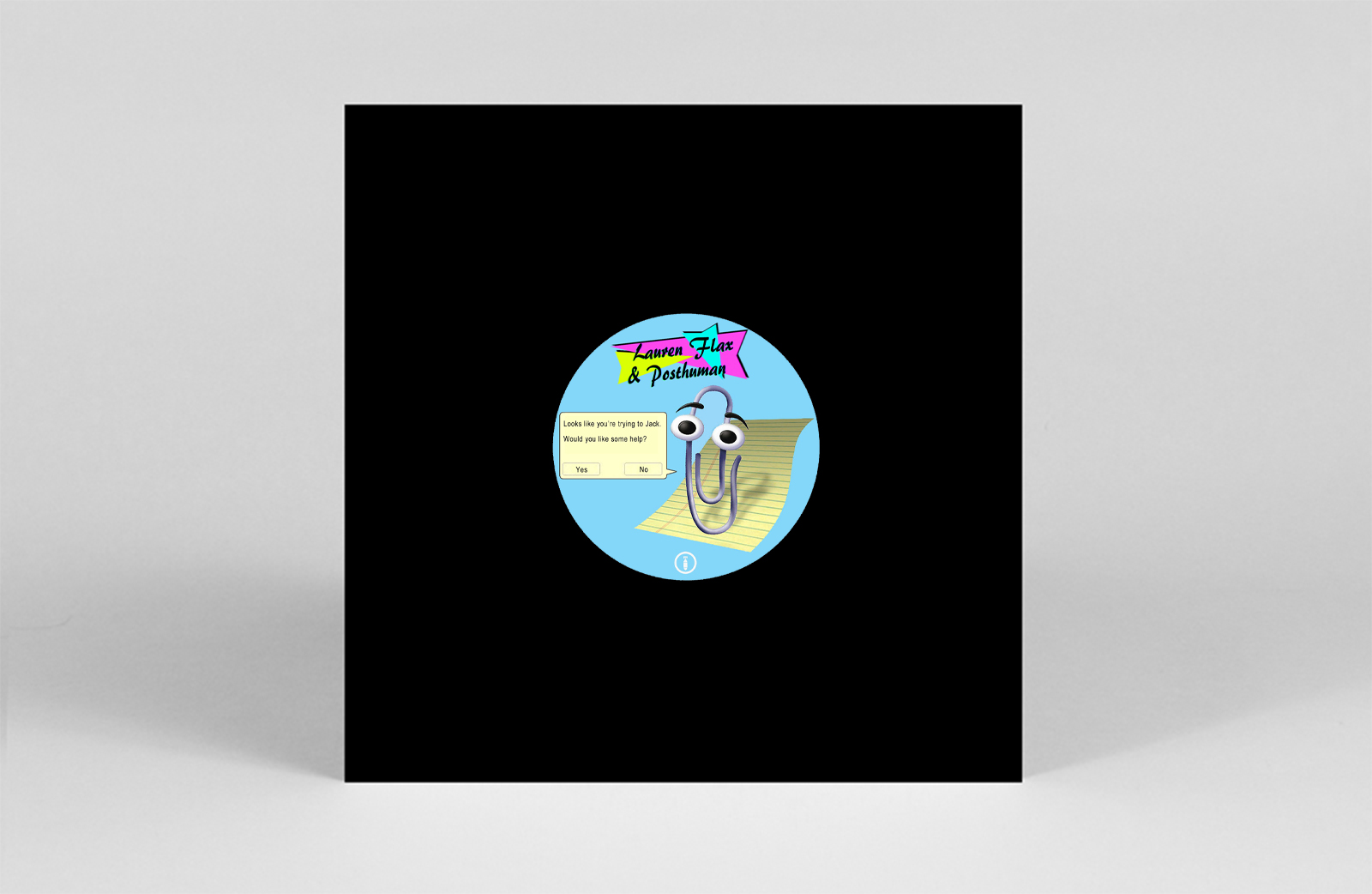 If laying eyes upon your ’90s/’00s word processing nemesis Clippy didn’t send you into a shuddering recoil, but rather one of nostalgia for lovably irritable avatars, then you’ve passed the test. Now, feast upon your well-deserved auditory bounty – the coming together of Lauren Flax and Posthuman, pushing each other to their production limits. Flax’s ‘Endless Summer’ kicks off in early-mid ’90s garage house style. But don’t let that fool you into presumption, as she glides in and out of acid breaks. Meanwhile, Balkan label founder Posthuman flexes his techno prowess on the remix, and then pushes the energy into bouncy, jacking house on his own production ‘Ottomen’. Flax then takes it on a frenzied acid trip with her remix, leaving you in a sweaty mess by the end. Thank you Clippy, once again your assistance is not needed. – AW 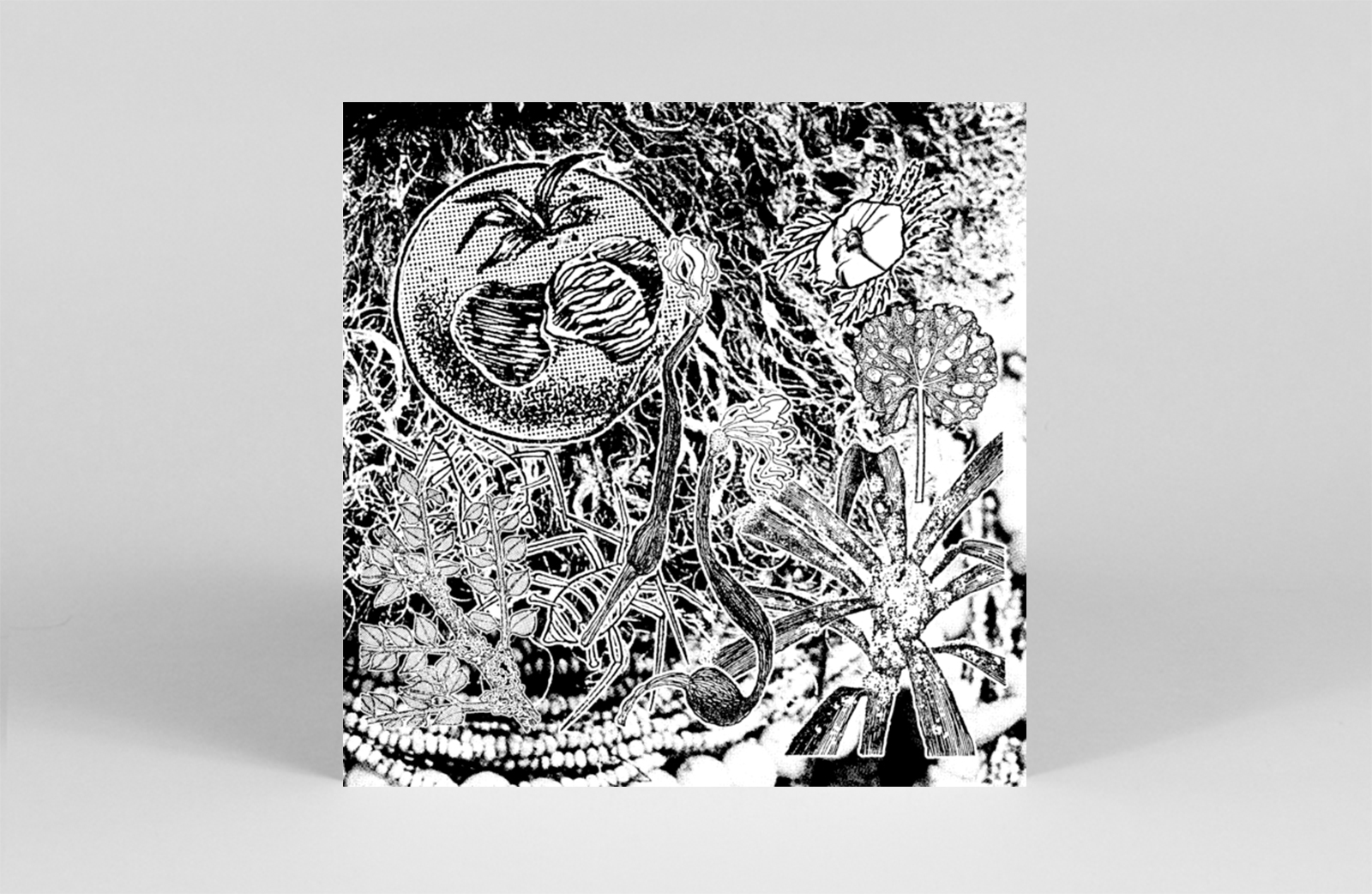 Honest Jons unleash a 12″ of chaotic genius, courtesy of three sprawling experimental techno gems from Italian born producer Madteo. Str8 Crooked is a percussively enchanting EP that balances delicate, synth-y melodies with voracious drumming patterns. Each track takes you on a different journey, namely ‘Episcopi Vagantes’ which wanders over a 15-minute canvas where Madteo comes alive with squelchy, dubby electronic synths backed with a solid drum machine. ‘Build Back Better Sweat Shops’ is a more heads-down-in-the-club kind of vibe – that kind of techno that has you tapping your toes and shaking your head no matter where you are. Finally, its titular track is a orchestra of poignant percussion. – EH