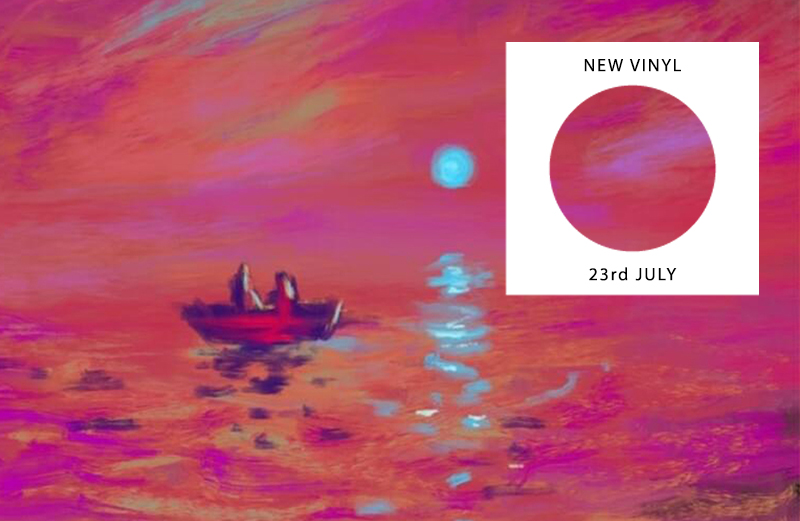 This week’s rundown is by VF’s Gabriela Helfet, alongside Alice Whittington, Emily Hill, and James Hammond. 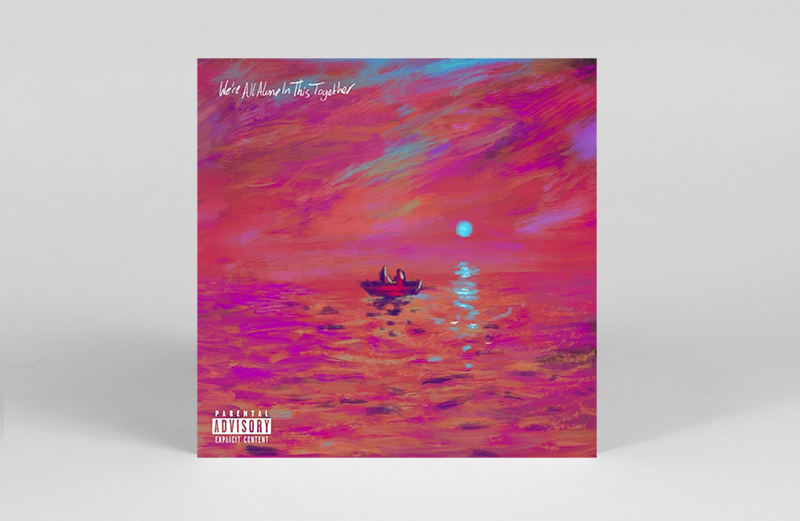 We’re All In This Together

“I tell my fans we’re all alone in this together. You can trust me, all the shit you been feelin’, you’re feelin’ with me. We all took the wrong turns in different streets. We all cry the same tears on different cheeks.” As with Dave’s mighty debut Psychodrama, his second album We’re All Alone In This Together lays his heart bare, exploring themes including: mental health, poverty, government corruption, police brutality against Black people, a love letter to his mother, Nigeria, and the chirpse. Whereas his first record presented his ideas as a concept album of sorts – each track a vignette from visits to an imagined therapist – this time the album’s urgency provides its structure. A window into the multi-faceted kaleidoscope that is Dave’s life as a Black British man in 2021 – its fierce political takedowns and explorations of his psyche sit alongside dance-inducing bops in singular harmony. And, anyone pining for 2021’s answer to ‘Location’ can happily look no further than ‘System’ featuring WizKid. Like all great records, it will take time and repeated listens to fully absorb the power and detail of We’re All Alone In This Together. – GH 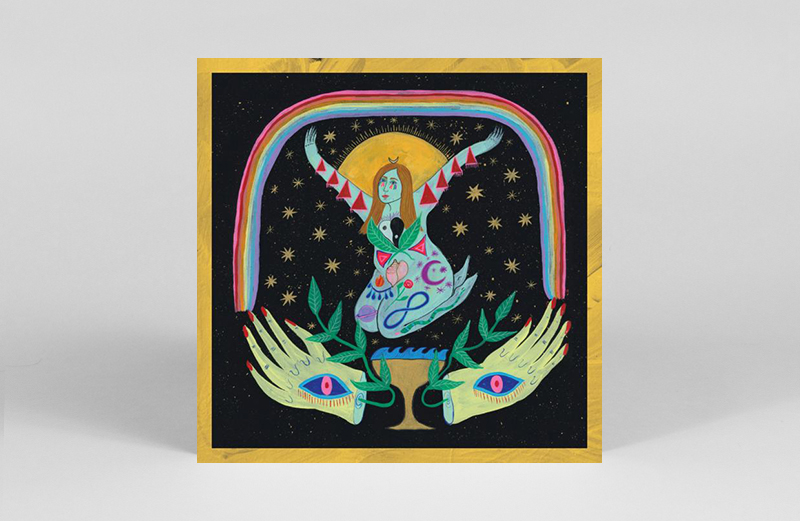 Multi-instrumental musical polymath and producer Emma-Jean Thackray conjures a jazz-fuelled dance floor vision that is distinctly her own on debut album Yellow. “It’s a record about togetherness, the oneness of all things in the universe, showing love and kindness, human connection,” she shares. This irl effervescence shines through amidst the entire LP, which sees her channel such as seventies jazz fusion, P-Funk, Sun Ra, Alice Coltrane, and the Beach Boys. – GH 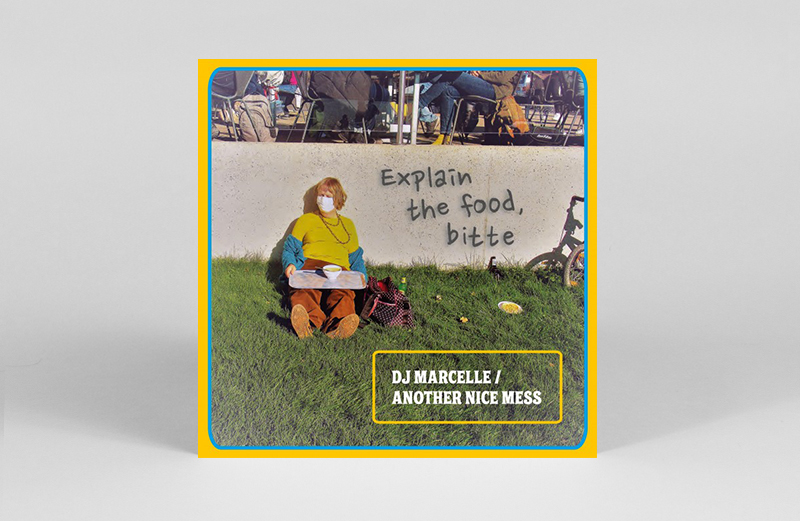 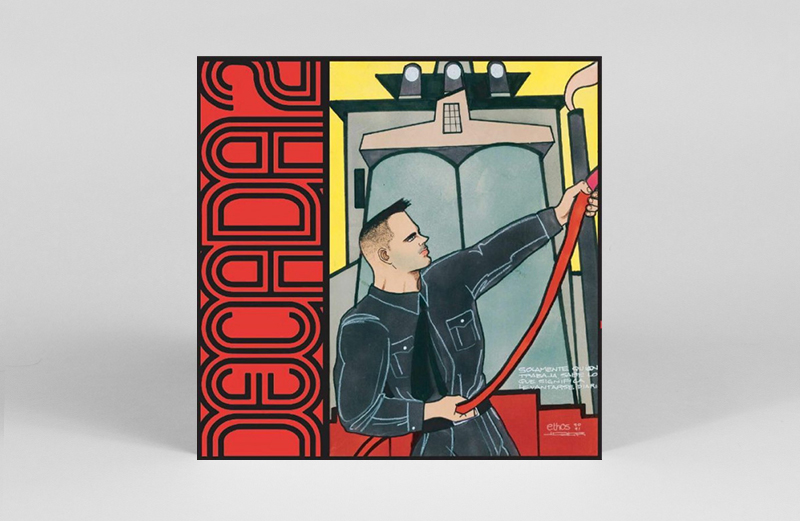 If you’ve ever had a dance off with a 60=year-old man dressed in Hammer pants and flashing LED shutter shades in an ’80s electronic homage club in Mexico City, then you’ll know exactly what this album is about. If you haven’t, then listening to this compilation of pioneering Mexican electronica will teleport you there. Mateo Lafontaine, who sadly passed away last year, founded Década 2 with Carlos García in 1985. They were best known for their synthesizer-heavy, dark dance music – channelling Kraftwerk, Belgian nu beat, and industrial proto-house, alongside futuristic dystopia and Soviet iconography. (And if you’re wondering, that Mexican dancer absolutely decimated me with his moves. I did my back in, in full view of the circle gathered around us. ¡Viva México!) – AW 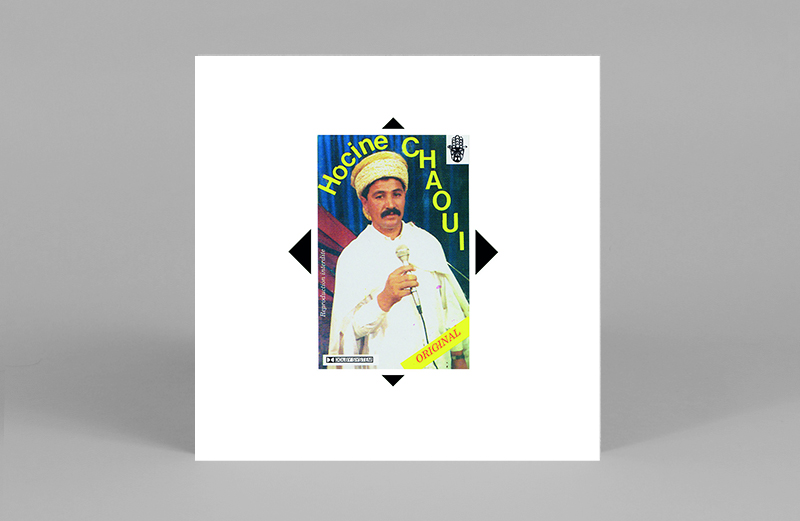 Drawn from Oriental Music Production’s archive of regional Algerian cassettes, this sought-after collection from Hocine Chaoui takes us to the Aurès mountains, and the region’s energised chaoui sounds. A genre of Berber music, on Ouechesma, Hocine Chaoui acts as a torchbearer for chaoui’s innovation, deciding to smooth phase traditional gasba flutes with some impassioned vocals, drum machines and a touch of reverb. A first vinyl edition for this underheard gem, and a reminder to check out the rest of Oriental Music Productions cassette collection, which has been digitized over at the label’s Bandcamp. – JH 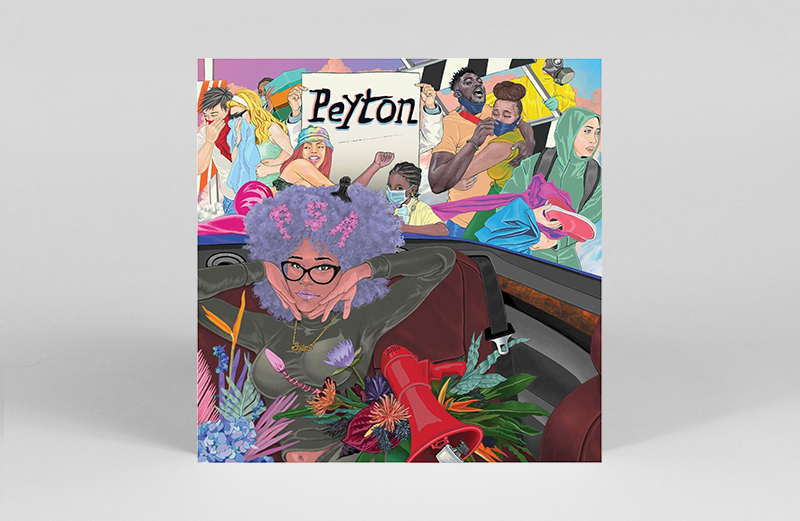 Silky smooth r’n’b that’s primed for summer, Houston-based singer-songwriter Peyton unveils her debut album PSA on Stones Throw. Lead by her glittery vocals throughout atop syrupy beats, the LP is an exciting start from the young artist. It’s also primed for club-ready remixes too, if you’re that way inclined. – GH 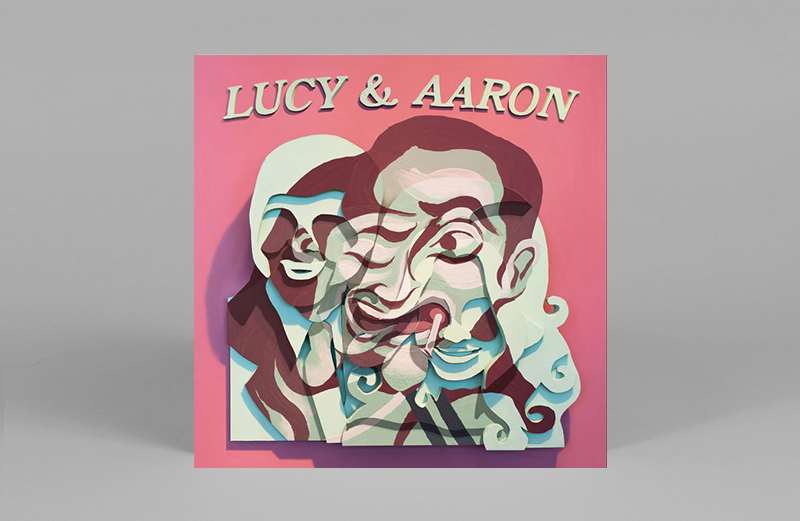 Tape loop disorientation and untethered vocal experimentation meet head on for this debut collaborative LP from Aaron Dilloway and Lucrecia Dalt. Given both
party’s reputations for skewing sounds into all manner of adventurous forms, the results here are as wonderfully odd as you would expect and bound by an all-in merging of their respective aesthetics. Linking and affecting each other’s signals during recording, there’s an uncanny sense of an electronic presence conjured before your ears, with tape head’s and melodies intuitively “misused” and vocals welcoming in a sense of possession. – JH 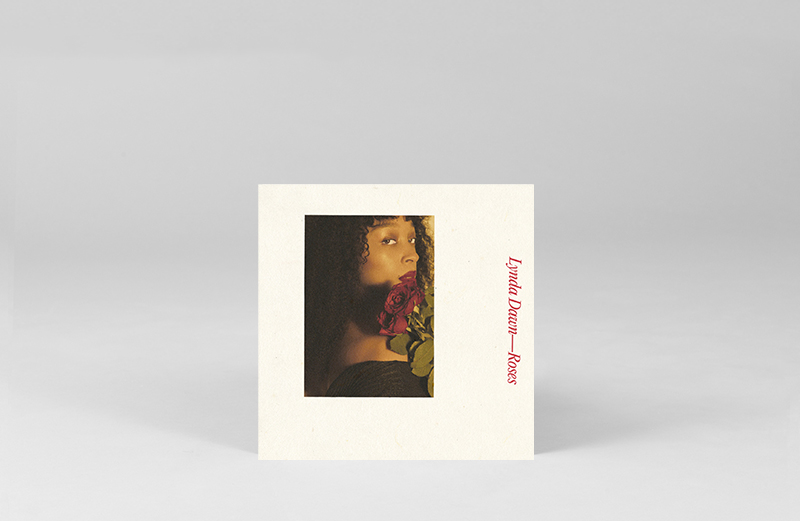 Some, including myself, would argue it’s impossible not to become instantly enamored with Lynda Dawn’s transfixingly sultry voice. Her collaborative track with Bes Kept called ‘Roses’ is no exception – a perfect slice of neo-soul croons laid atop deeply funky synthesizer riffs. First appearing on the Extra Soul Perceptions New Tangents In Kampala, London & Nairobi Vol. 1 compilation, the label has given ‘Roses’ a loving reissue in 7″ form – for anyone who missed it the first time around, and even those who didn’t. Featuring the original cut on the A-side, the record also includes a new remix by XL Middleton that adds a percussive framework to its sounds, plus an instrumental version of this fresh rendition, on the flip. Essential. – GH 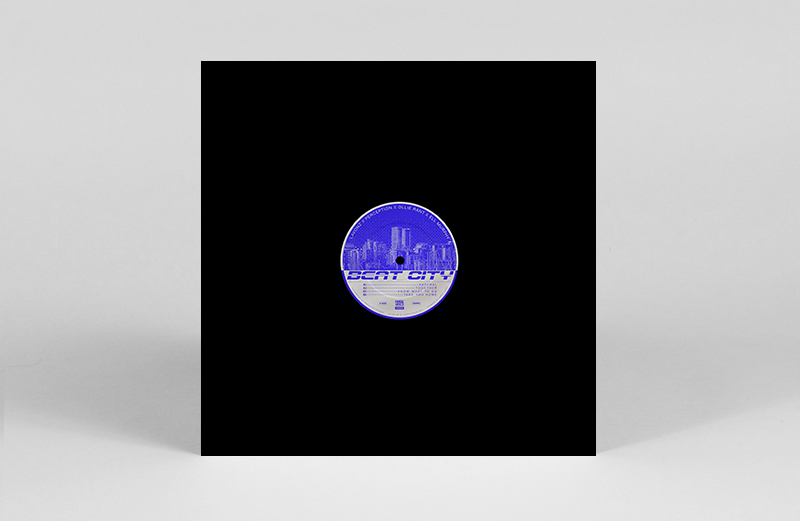 Dansu Discs has been pushing some exciting new garage, techno and disco from the London’s pool of talented DJs and producers for a few years now. Their latest offering is a refreshing, tasty 4-track EP of old school-style garage beats from a collective of young up-and-coming artists. You’ll find punchy UKG on the A-side, with pulsing basslines and soaring vocals from Ell Murphy. On the flip, light synth stabs take centre stage in “Know What To Do”, a high tempo, bumpy 2-step ride perfect for peak dancefloor, followed by a classic garage house number, nicely rounding off the EP. – AW 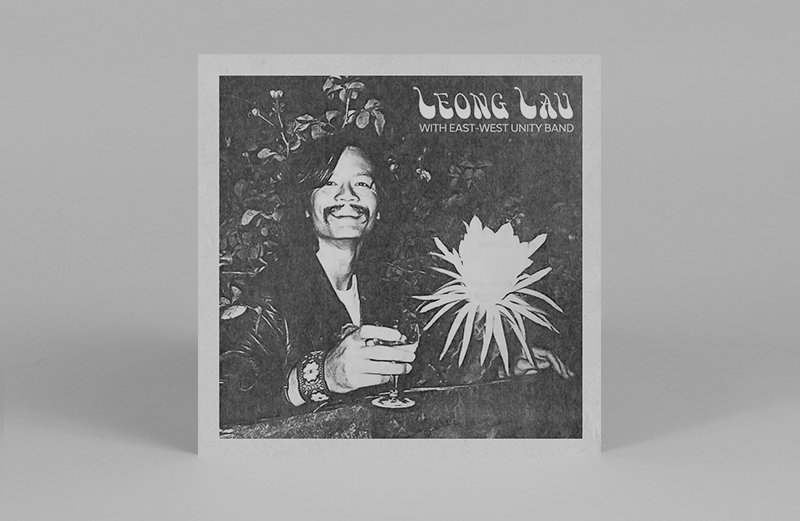 Malaysian/Australian artist Leong Lau’s ‘Late Night Flyer’ gets the reissue treatment via the iconic Left Ear Records outfit, whose stellar taste has brought us a selection of classics from Rajan James, I.A.O and Minoro Fushimi. It comprises two stunning psychedelic funk fusion excursions, the A-side is arguably more jazz-focused, paying homage to the characters frequenting late night Jazz clubs in the bustles of Sydney. Armed with dazzling guitar work it spirals into B-side ‘One Dimensional Man’ referencing the work of philosopher Herbert Marcuses, it is a buoyant number, with similar vocal airs to the likes of Dylan. Joyful and highly underrated! – EH