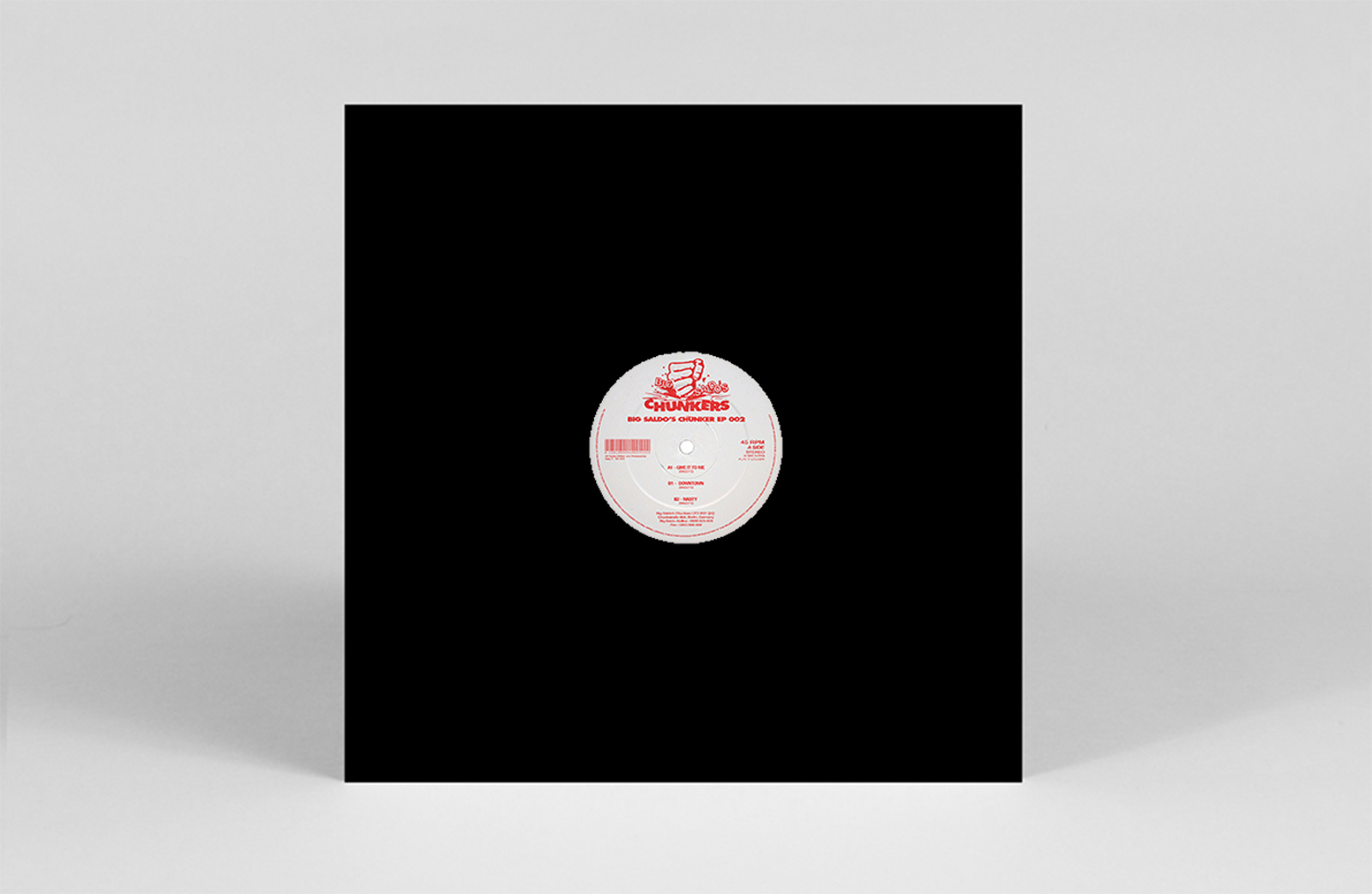 Irish-born, Berlin-based DJ and producer Sally C returns with another meaty serving after the success of her first Chunker EP in 2020. Bursting straight out of the gate on the A-side is ‘Give It To Me’ – a 7-minute classic house anthem, complete with relentless saxophone that channels mid-2000s energy. Are we seeing the return of the sax solo to the underground electronic scene, you ask? Well, turns out it’s already here. Elsewhere, ‘Downtown’ focuses on a downright rude, syncopated bassline with looped vocal sound bites, while ‘Nasty’ give the percussion a chance to shine through with its tinny snare dipping in and out of breakbeat. Chunkers they all are, so prepare to beef up your party. – AW 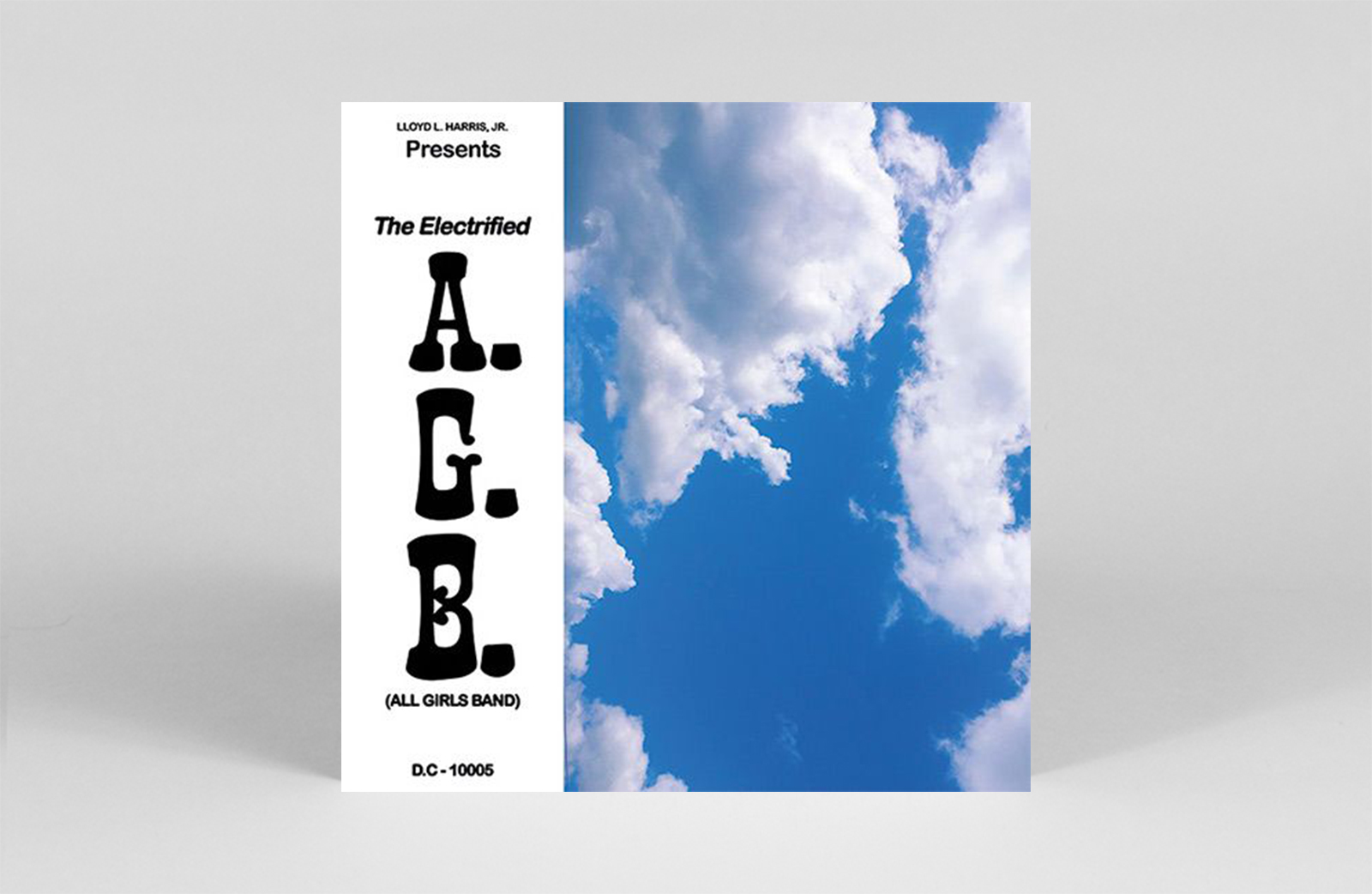 New Orleans collective Electrified A.G.B. (All Girl’s Band)’s ‘Fly Away’ is a deeply grooving, jazz funk cut that was previously trading hands for eye-watering sums. This RSD, the 12″ receives its first general release, following a single pressing run in the ’70s. The record is a testament to the beauty of unearthing what was a previously unattainable, ultra-rare record, and lovingly presenting for the masses. As its title suggests, ‘Fly Away’ will send you soaring with a glow, as you ride high on the wings of its vocal and horns-fuelled riffs. – GH 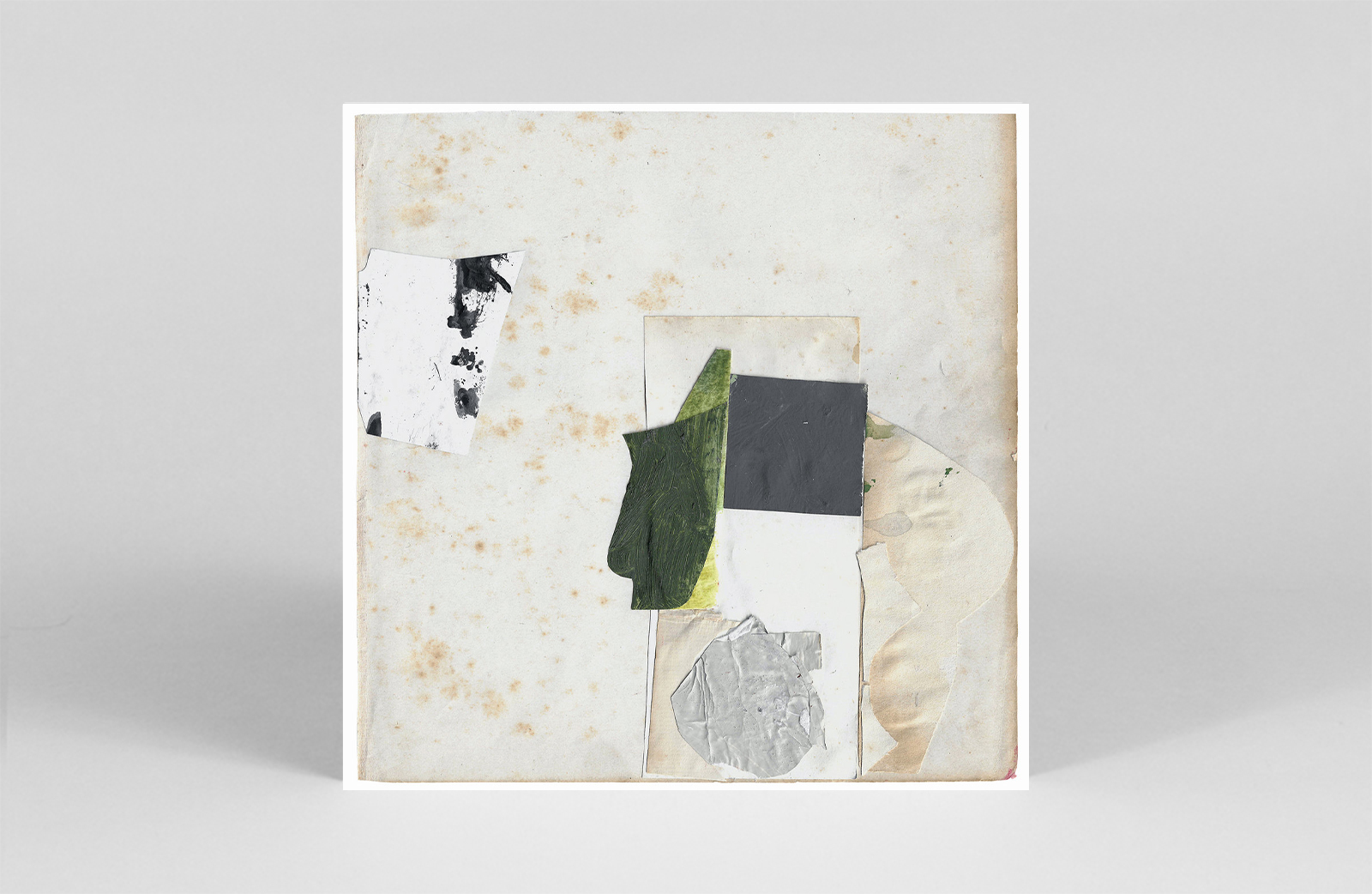 everything is perfect already here

Giving equal precedence to all its elements, claire rousay’s latest LP, everything perfect is already here, treats quotidian events, rustling and delicate melodies with the same compositional importance. Framing harp, piano, and violin within an expanded acoustic horizon where microphones seem to wander between time, place and a sonic “unfolding”, these two extended forms make for a remarkable intertwining of sounds. – JH 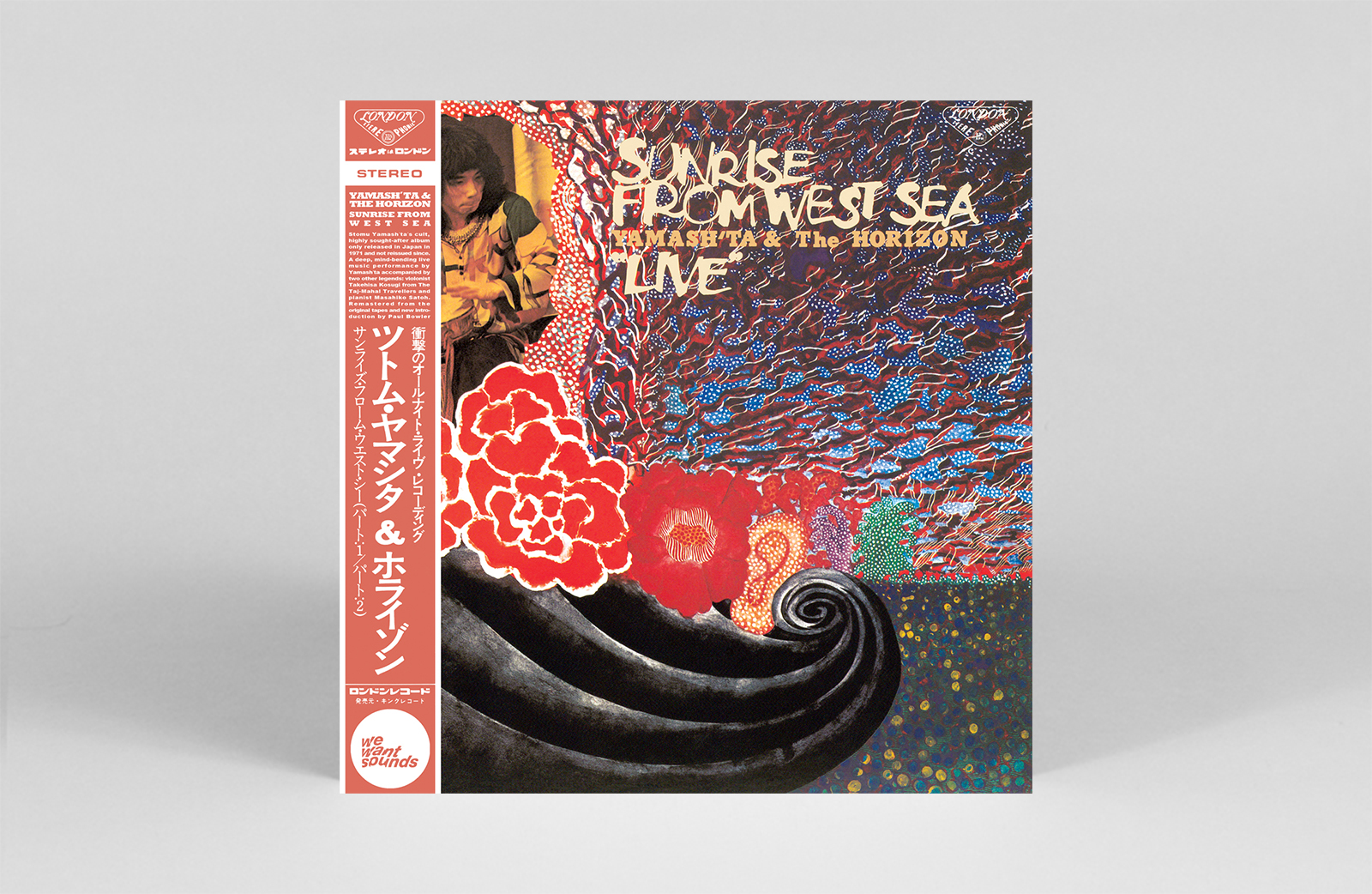 Wewantsounds is at the helm for the first-time reissue of Sunrise from West Sea – a prescient yet little-heard live session from Japanese percussionist Stomu Yamash’ta and a collective of like-minded improvisors. Working from Fluxus footholds, Sunrise from the West Sea sets out a ritualistic approach to the group’s interplay, which combines electric violin, shamisen, organ and percussion. Recorded in 1971 at Yamaha Hall, Tokyo, as a document of Yamash’ta & the Horizon’s ability to stoke the embers and let sounds swell up, spill over, and push at known boundaries, this stands as a powerful listen some 50 years down the line. – JH 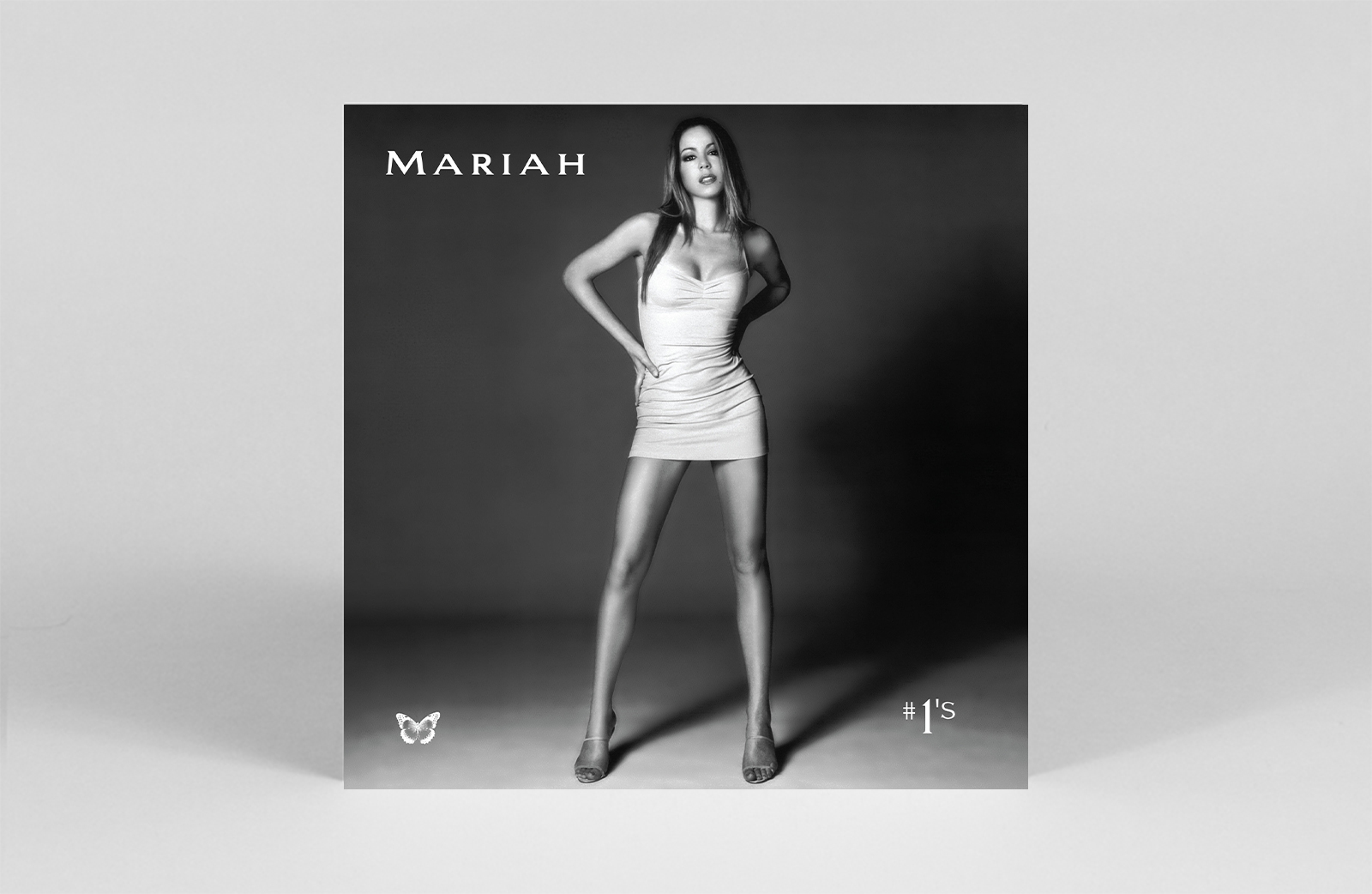 When it comes to hits, few make ’em better than r’n’b legend Mariah Carey. Her compilation album – #1’s – is a case in gleaming point. Each song isn’t ‘just’ a number one, but also a classic that’s embedded in global cultural consciousness – from ‘Honey’ to ‘Fantasy’ to ‘Emotions’ to ‘One Sweet Day to ‘Dreamlover’ and on and on across 17-tracks. For those uninitiated with Carey beyond her Christmas ditty, dive in. And, for those of us who grew up on her 2000s bops and videos soundtracking our middle school years – this one’s definitely for you. “Sweet, sweet fantasy…” – GH 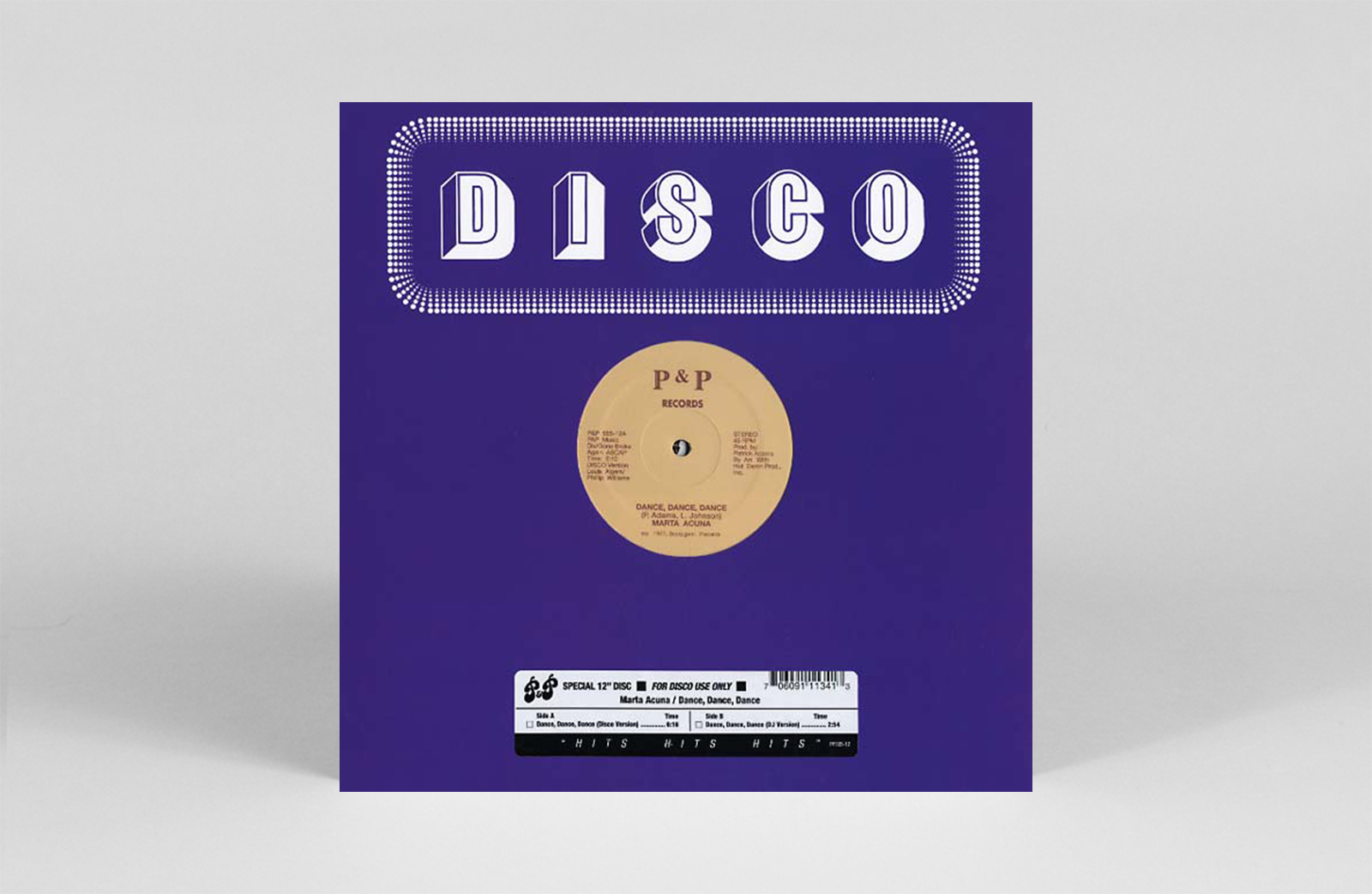 Amongst the hype of Record Store Day releases nestles the little gem that is this 7” reissue of Marta Acuna’s disco-funk single from 1977. It has a fine pedigree – being written by Universal Robot Band (who later became the legendary Kleeer), with member Patrick Adams performing nearly all the instruments, while featuring the vocals of the mysterious Marta Acuna. The song has been widely lauded by tastemakers in DJ sets the last few years, and rightly so: it’s a breezy, jazzy, dance-floor-twirling number, ideally paired with a giant disco ball. – AW 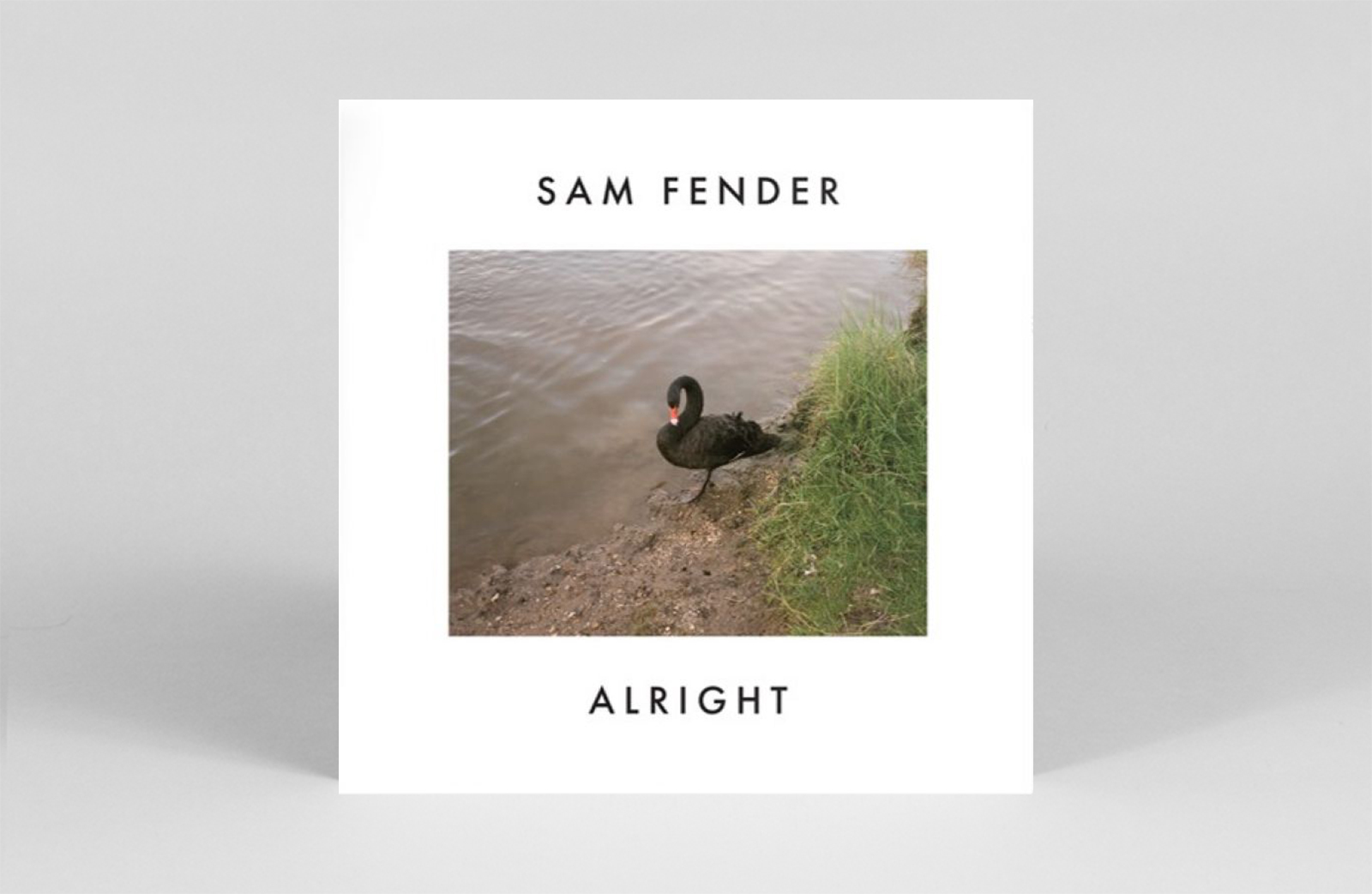 Wearing his heart on his burgeoning guitar hero sleeve, Sam Fender glides back in with his signature dose of Bruce Springsteen through a distinctly Geordie sieve. This time around, it’s in the form of a delightful 7″ for RSD, featuring two live cuts. Let this be proof, if you still need it, that Fender is an ever-growing musical force to be experienced live. A-side ‘Alright’ is a serviceably endearing song, as its title suggests. However, it’s the B-side, ‘The Kitchen’, where his guitar and vocal prowess shines.”It’s always in the kitchen, always in the kitchen, always in the kitchen where I waste my life…” he belts on high as he twangs instrumental grit on through. It’s a fitting dedication to the woeful perils of the sesh. And, anyone who’s ever been to an afters can attest: truer words may never have been spoke. – GH 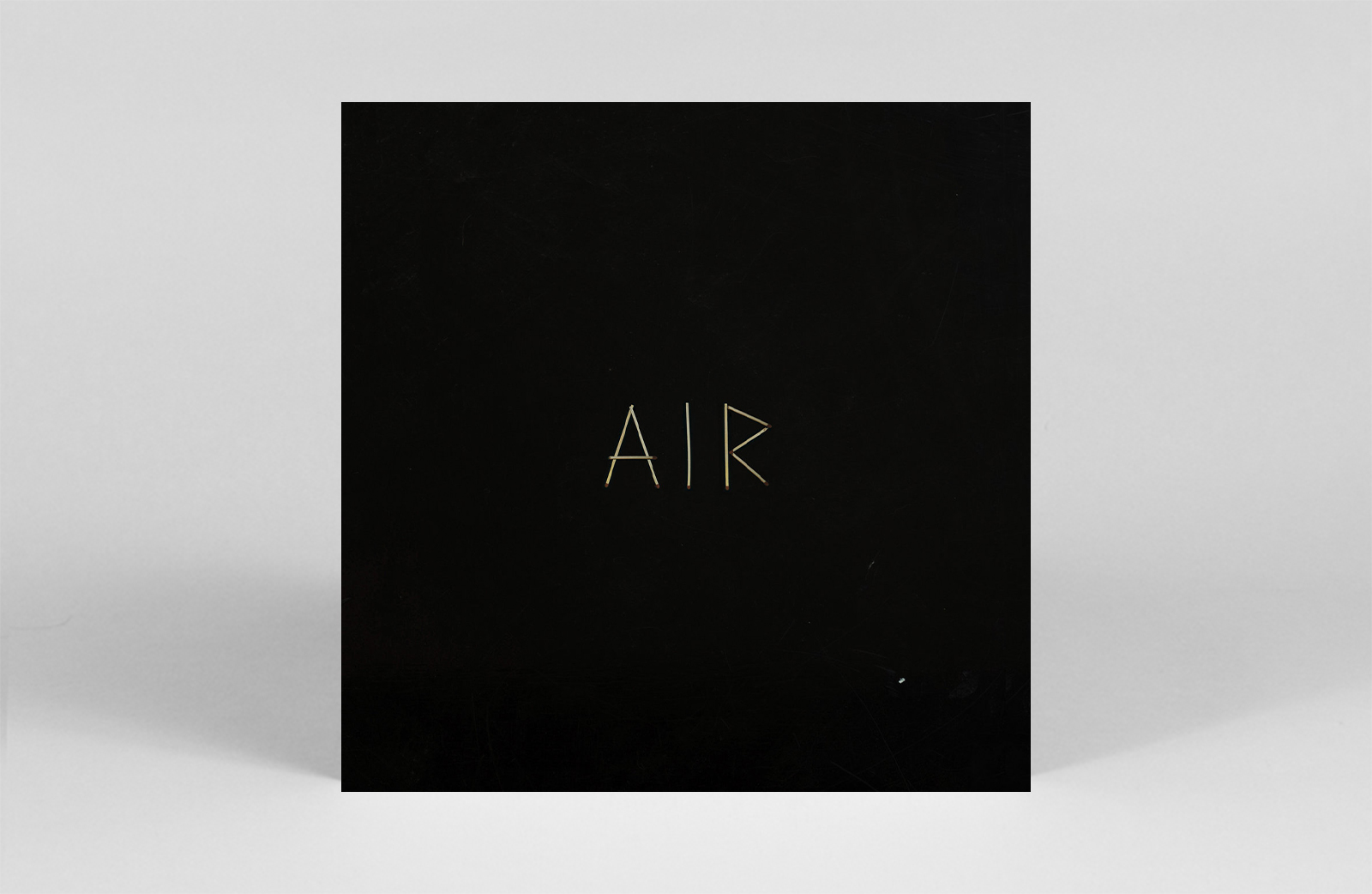 I felt a sense of trepidation upon hearing about the surprise drop of Sault’s Air earlier this week… “How long can they keep this up?” Over the past three years, the mysterious collective – masterminded by producer Inflo, and featuring esteemed UK acts such as Cleo Sol, Michael Kiwanuka and Little Simz – has produced a prolific run of albums. From the genre-bending grooves of 2019’s 5 and 7, to the visceral political commentary of 2020’s Untitled (Black is), Untitled (Rise) and 9, Sault’s kaleidoscopic fusion of diasporic musical forms has utilised the Black music traditions of the past and powerfully reimagined them in the present. With such a fine body of work produced in a short period, one might worry that SAULT will soon run out of steam. However, from the early moments of album opener ‘Reality’, it’s clear that these anxieties are unwarranted. Later, on ‘Air’, Sault reaches from earth to the heavens. Largely an instrumental album, ‘Air’ bucks the trend, to experiment with expansive choral harmonies, which build to an ecclesiastical chant in the standout closer ‘Luos Higher’. The influence of Alice Coltrane astral explorations are prominent throughout. Much like Coltrane, Inflo’s compositions stand as a testament to the healing powers of music. – AVD 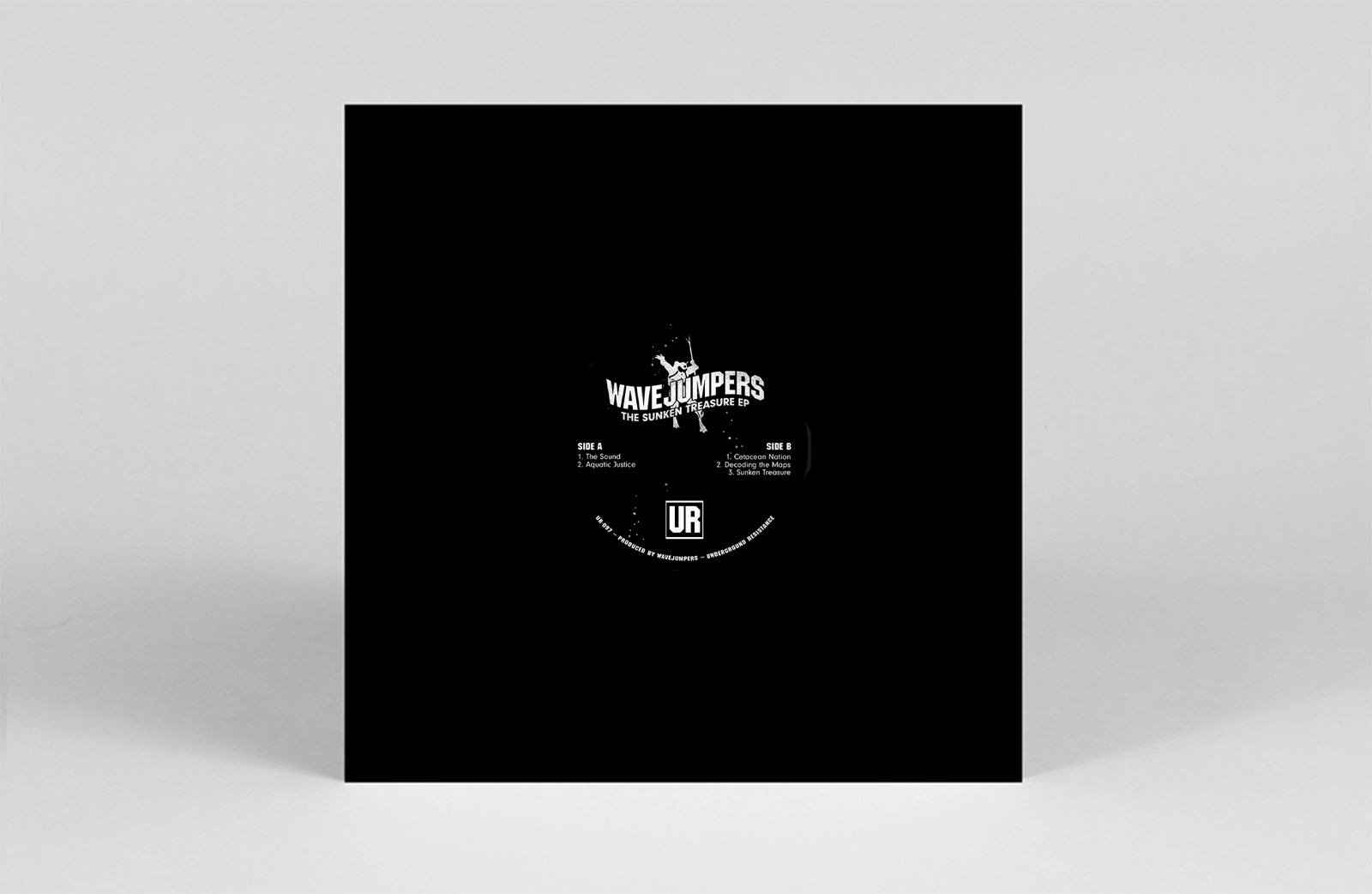 Underground Resistance continue their aquatic adventures, venturing deeper into the world’s vast oceans until reaching the rocky shores off the coast of Scotland. The mysterious new recruits unite as Wavejumpers – a name heavily influenced by the work of Gerald Donald and James Stinson’s Drexicya outfit. Across five tracks, they explore the sonic world of the original wave riders, taking on-board the detached mechanical characteristics of early Detroit Techno. ‘The Sound’ incorporates broken robotic vocal samples against crisp a crisp drum machine and simple chord sequences, ‘Aquatic Justice’ oozes with a funkier use of squelching synths before turning harder on ‘Cetacaen Nation’ offering something for everyone on the dance floor. – EH 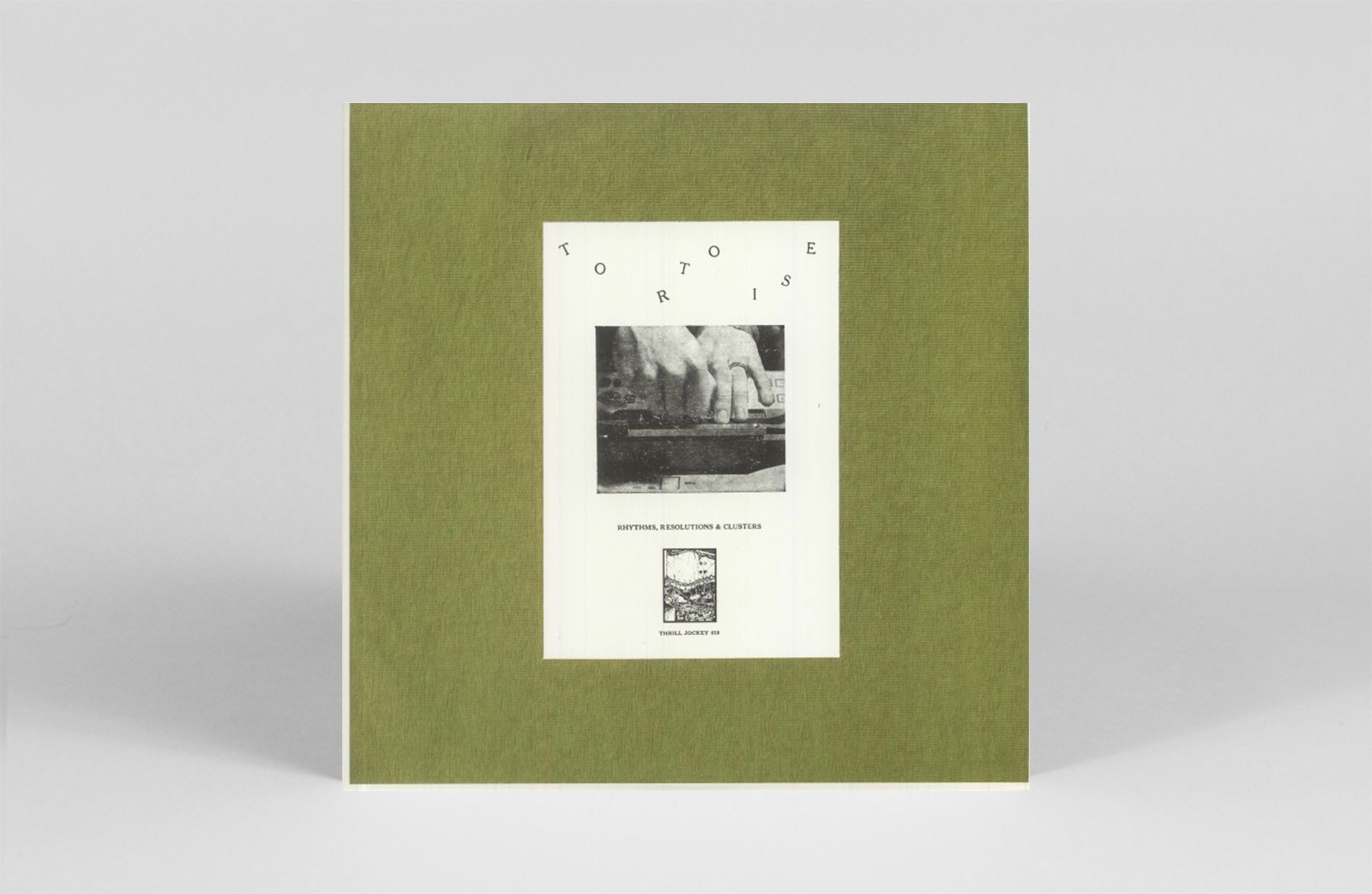 Cult post-Rock outfit Tortoise’s long out of print 1995 remix album Rhythms, Resolutions & Clusters receives its first reissue for the 30th anniversary of Thrill Jockey records. Containing seven remixed tracks from Tortoise’s eponymous debut, the album features reworks by indie stalwarts such as Steve Albini and Sonic Youth’s Jim O’Rourke. As its title suggests, this is an album full of inventive musical transitions. On the standout track, ‘Not Quite the East of Ryan’, random rhythmic pockets dissolve into vast noise-scapes. Samples cluster and overlap over an irresistible bass groove: Q-tip’s smooth flow rides effortlessly along a cacophonous free saxophone sample. It shouldn’t work but it does. Killer. – AVD