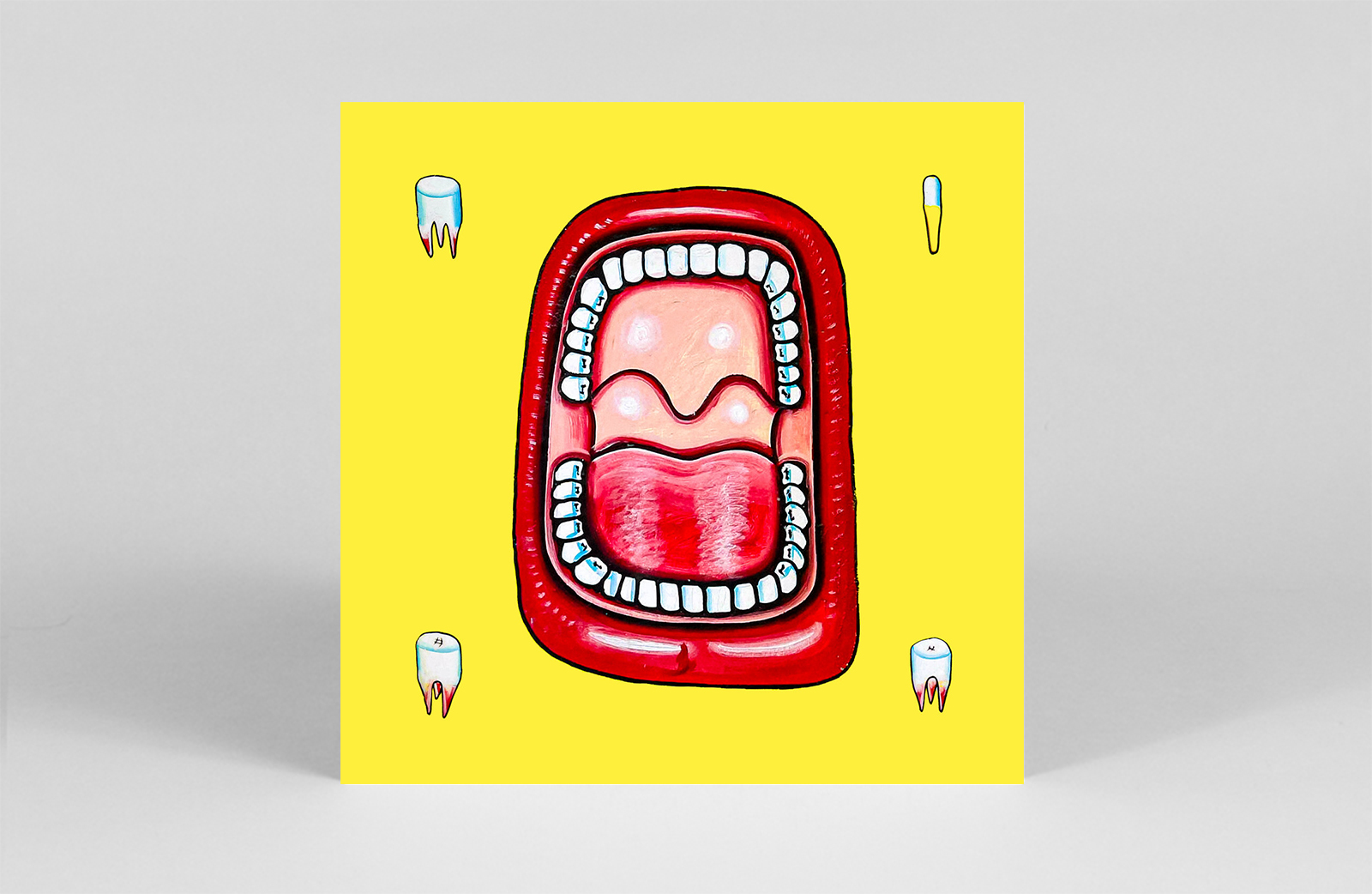 As proselytizers of singeli’s frenetic cross-pollinations and break-neck BPMs, Nyege Nyege Tapes have proven a vital source of the Tanzanian genre’s
burgeoning sound and international reach. With solo LPs from the likes of Bamba Pana, Sisso and Duke having scorched their way across dancefloors in
recent years, Sounds of Pamoja takes a survey approach to the genre, focusing on Duke’s Pamoja imprint and the host of brilliant MCs that rotate around his productions. Another jaw dropping exposition of this relentlessly creative branch of Tanzanian youth culture, not to be missed if you’re a lover of all things high octane. – JH 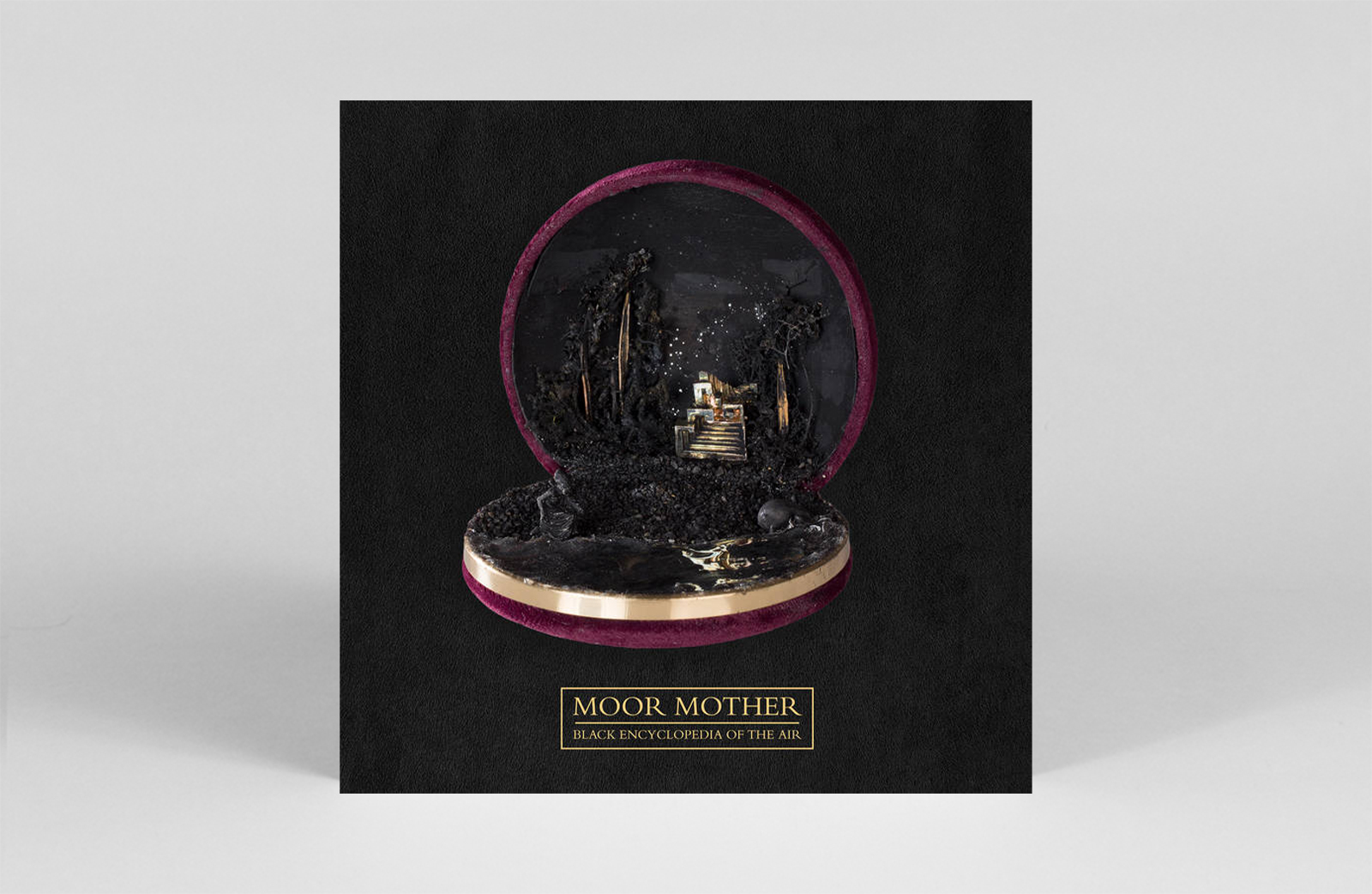 Black Encyclopedia of the Air

Poet and musician Moor Mother — aka Camae Ayewa — explores memory and violence on her latest album, Black Encyclopedia of the Air. Across its 13-tracks, she combines her own poignant words with distortion, hip-hop productions, haunted chimes, and textured electronics. As the label puts it: “this record is … a sonic mirage of prophetic soul that drop kicks your “chill beats to study to” Youtube playlist and hyper-intellectual rap podcasts into a hadron collider.” Good. — LR 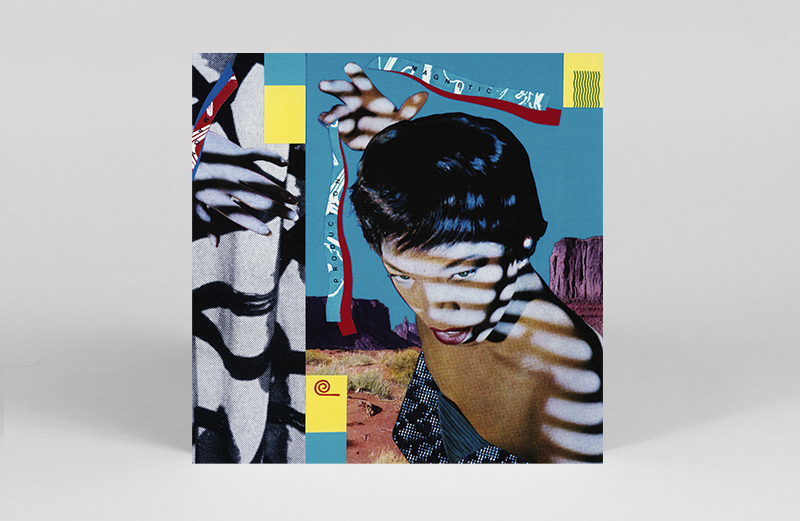 A vinyl only release with only 300 units pressed so don’t let this fly under your radar, as it’s packed to the brim with delicious cuts and edits from the likes of Jan Schulte (aka Bufiman, Wolf Müller), Tolouse Low Trax, and Haruomi Hosono. If you’re a fan of Andrew Weatherall or DJ Harvey’s deep selections, this could be your next late night listening album. K/L follows a tradition of compilations that can be played through end to end, seamlessly winding through sultry jazz, post-punk, rave rock, modern trip hop, crunchy acid synth, and left-field disco. – AW 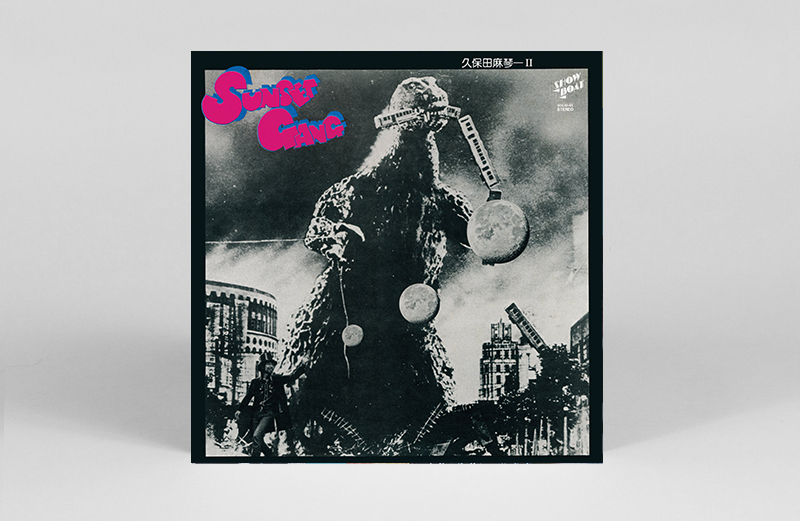 Looking for a balmy Japanese-Hawaiian island to whisk yourself away to? Look no further than Maktoto Kubota & The Sunset Gang’s Sunset Gang. Mixing the Japanese spirit of seventies experimentalism with influences from New Orleans blues, as well as twangs of Hawaiian and Okinawan folk, the album sees a loving reissue on Wewantsounds. Formed of core members Takashi Onzo on bass, Yosuke Fujita on guitar/mandolin, Keni Inoue on lead guitar, Hiroki Komazawa on pedal steel guitar, and Kubota himself on guitar, it features cameos from fellow champions of sonic zaniness, Haruomi Hosono, Akiko Yano, Sachiko Kanenobu, and co-producer Kinji Yoshino. If, like us, you’re hankering for more: Sunset Gang is the second in a trio of Kubota reissues from the label, following the equally covetable Hawaii Champroo. Wewantsounds reissue also marks the first time the album is being released outside of Japan, carefully remastered by Kubota himself, featuring original artwork, obi strip, and a 4 page insert. – GH 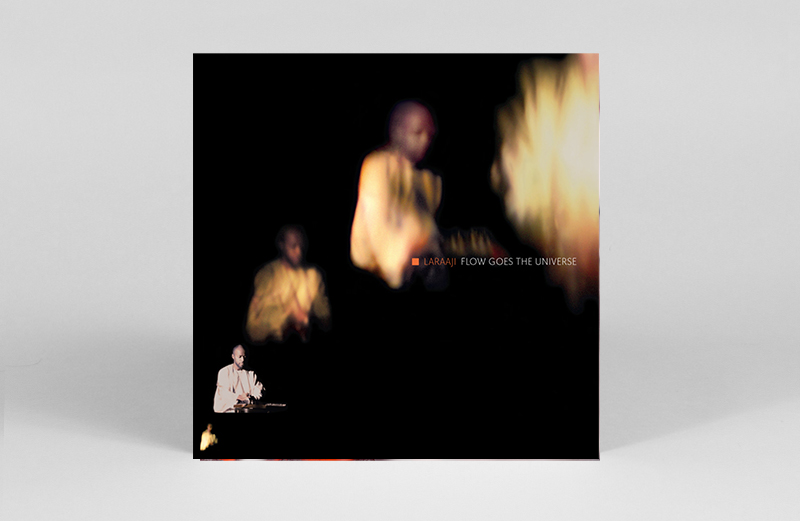 At last Laraaji’s album of glorious ambience from the master of spirituality is available on vinyl – having originally been released on CD and cassette in 1992. Flow Goes The Universe could not be a more apt title, as it somehow manages to cocoon the listener as if in a sensory deprivation tank, sending them on a serenely psychedelic journey into outer space, underwater and more. Laraaji plays all instruments in this release, including the distinct sound of his beloved modified autoharp. The sound of birds, cave waterfalls and lush forests come from field recordings he made in the English Lake District, and all the while subtle electronic effects sew all elements together in a harmonious tapestry. – AW 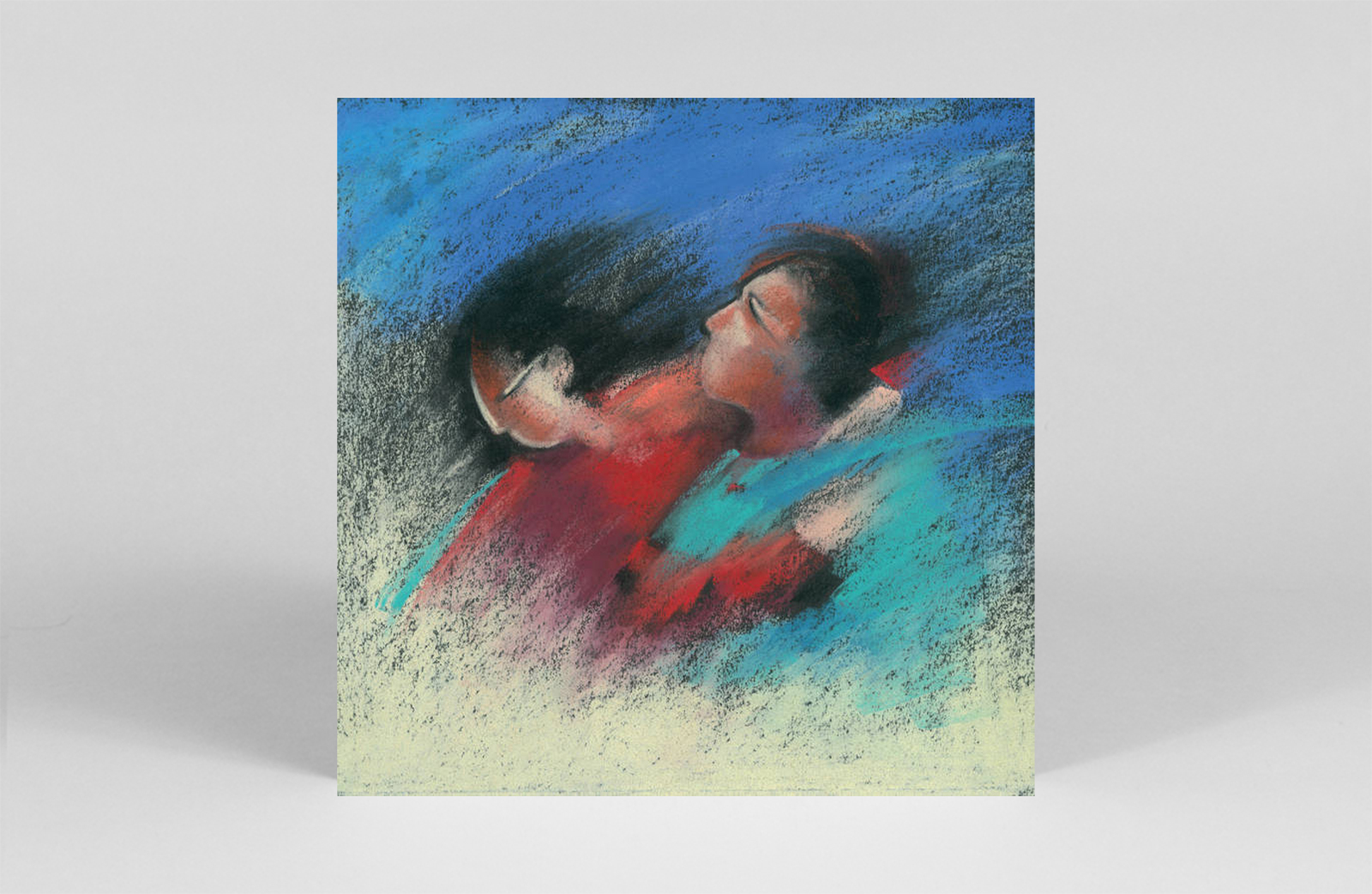 Locking themselves in their Parisian studio in 1992 and striking out against industry expectations, Chaleur Humaine is the result of Danielle and Didier Jean single-minded pursuit of a shared vision of vocal and electronic harmony. All the better for its lack of restraint, and its adherence to a logic that feels distinctly of their own making, these breathy incantations welcome in eight languages, and harmonize and pitch shift at will between Danielle Jean’s vocals and her brother’s keys. Freedom To Spend first time on vinyl for an ethereal oddity that leans towards new age in its open-hearted aspirations, but veers away from genre specifics in its idiosyncrasies. – JH 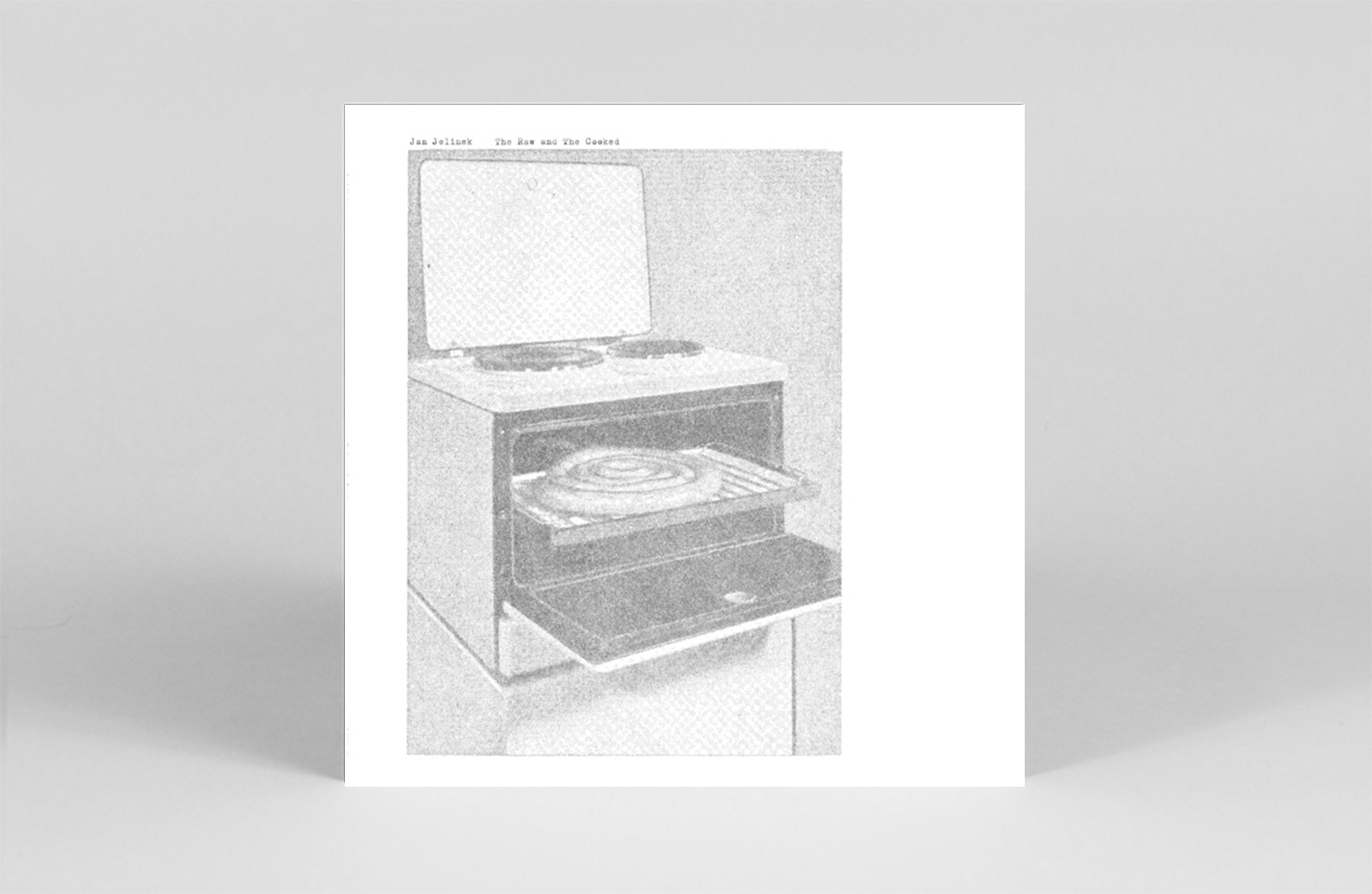 The Raw and the Cooked

Jan Jelinek presents a full LP version of his radio piece by the same name, originally composed and produced for German radio station SWR2. Exploring the consistency of material and its precariousness, The Raw and the Cooked captures the sounds of artists Thomas & Renée Rapedius as they work with paper and metal objects, as well as Peter Granser preparing tea, shattering glass, bending metal, and burning wood. In doing so, the album presents the sounds of life: particles re-arranging, being reborn, and transformed. – LR 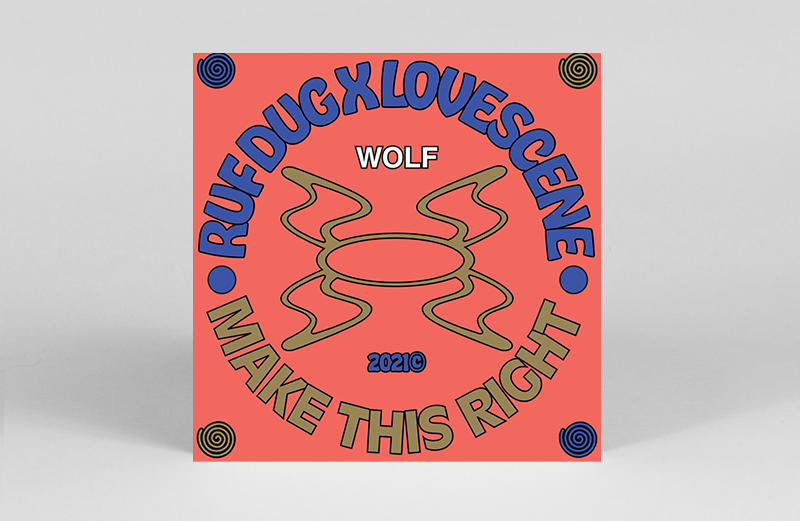 Ruf Dug unites with Lovescene’s Poppy Roberts for bubbling house pep in the step on Wolf Music with ‘Make This Right’. The 12″ features three renditions of the tune: the club mix, the dub mix, and the DJ tool-friendly Beatapella. On the A-side, the club cut showcases the glittering builds of Roberts’ voice amidst its 808 slaps and rolling builds. On the flip, Ruf Dug presents two stripped back versions, with the dub rendition focusing on the instrumentals, while the beatapella stripping the party back to vocals and snares only. – GH 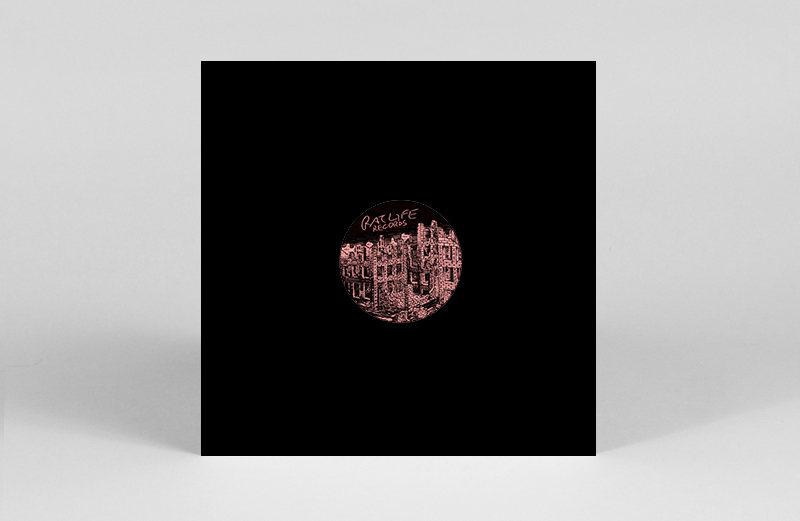 Macabre synthesizers haunt Credit 00s Rat Life Records, in the shape of ‘Religius Order’s Luci Nere. Described as music for the end of the world, practicing the art of dark wave, muffled vocals sit behind industrial effects and squelchy chords whilst electric ebm energy bounces through the listeners core. Much like its name, ‘Ellectrofellina’ leans on the harder hitting electro spectrum, a speedier number of the seven tracks, as well as a solid jam for a dark sweaty basement rave. ‘Internal Shame’ is pitched down and spooky – a proper chugger with dramatic percussion. The whole mini-LP has me jumping through the hoops of acid, techno and beyond, a masterful affair centred in the art of gothic chug. – EH 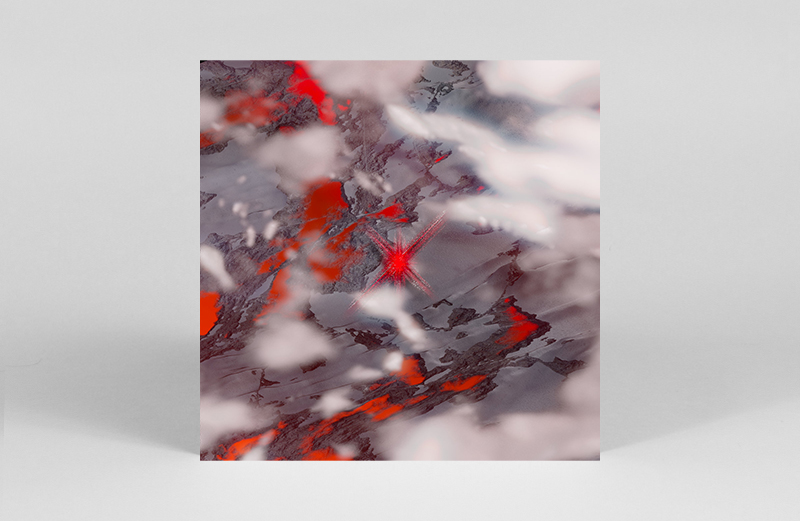 New Zealand born and Australian based breaks wizard Air Max 97 follows his 2019 Timedance debut, with a stellar 12″ two tracker. ‘Eat The Rich’ is gorgeously percussive with an edge of naughtiness, playing on a futuristic dancehall arrangement before going off-kilter. On the flip, ‘Pysllium’ is a trippy techno-esque thumper with a dirty bassline and squelchy pads. Each track works perfectly for club usage – a pair of bass-driven stompers striding above and beyond to get your feet moving. – EH