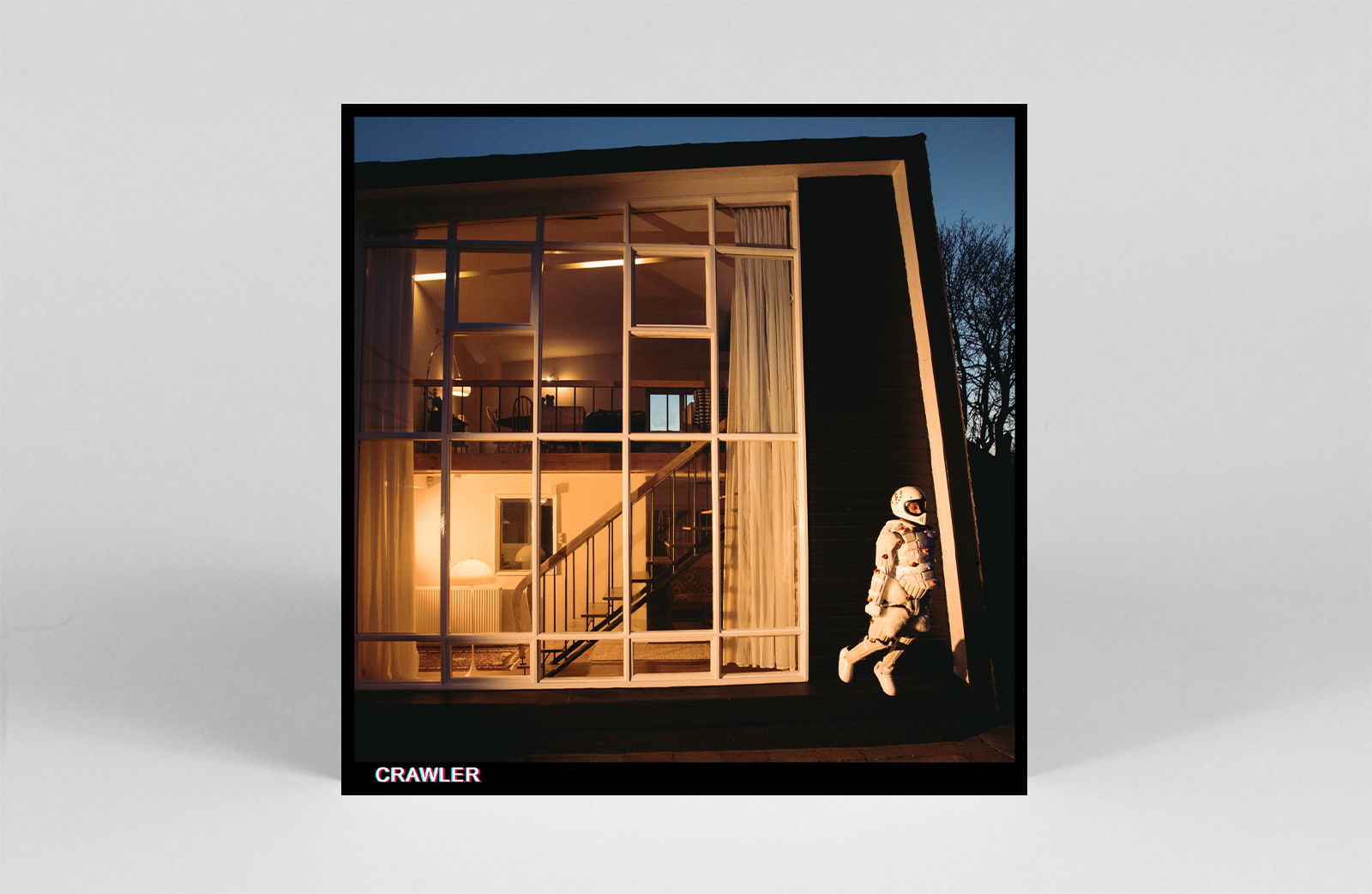 Whereas IDLES excellent previous album Ultra Mono harnessed frenetic emotional furies into a beguiling musical storm, CRAWLER moves at a decidedly slower pace. This isn’t to say that the latest album from the Brighton collective is any less striking than its predecessor. Rather, instead of a thrillingly unrelenting sonic slap, on CRAWLER IDLES explore a more overtly macabre side of the same coin. “‘Ultra Mono’ was a caricature of who we were, and we wrote that caricature intentionally to kill it…” IDLES shared. Some elements of the caricature are stripped-back on CRAWLER, while others are covered up by ballads and “fun”. No matter the pace, or emotion, these days it’s hard to resist the honed, highly hypnotic pull of singer John Talbot. This sentiment is buoyed by the group’s rock solid, punk instrumentals – particularly heard via Jon Beavis, who lays down what is easily some of best drumming this side of the current decade. Between last year’s Over Mono and this year’s CRAWLER, if IDLES aren’t one of your favourite bands right now, what the hell are you waiting for. – GH 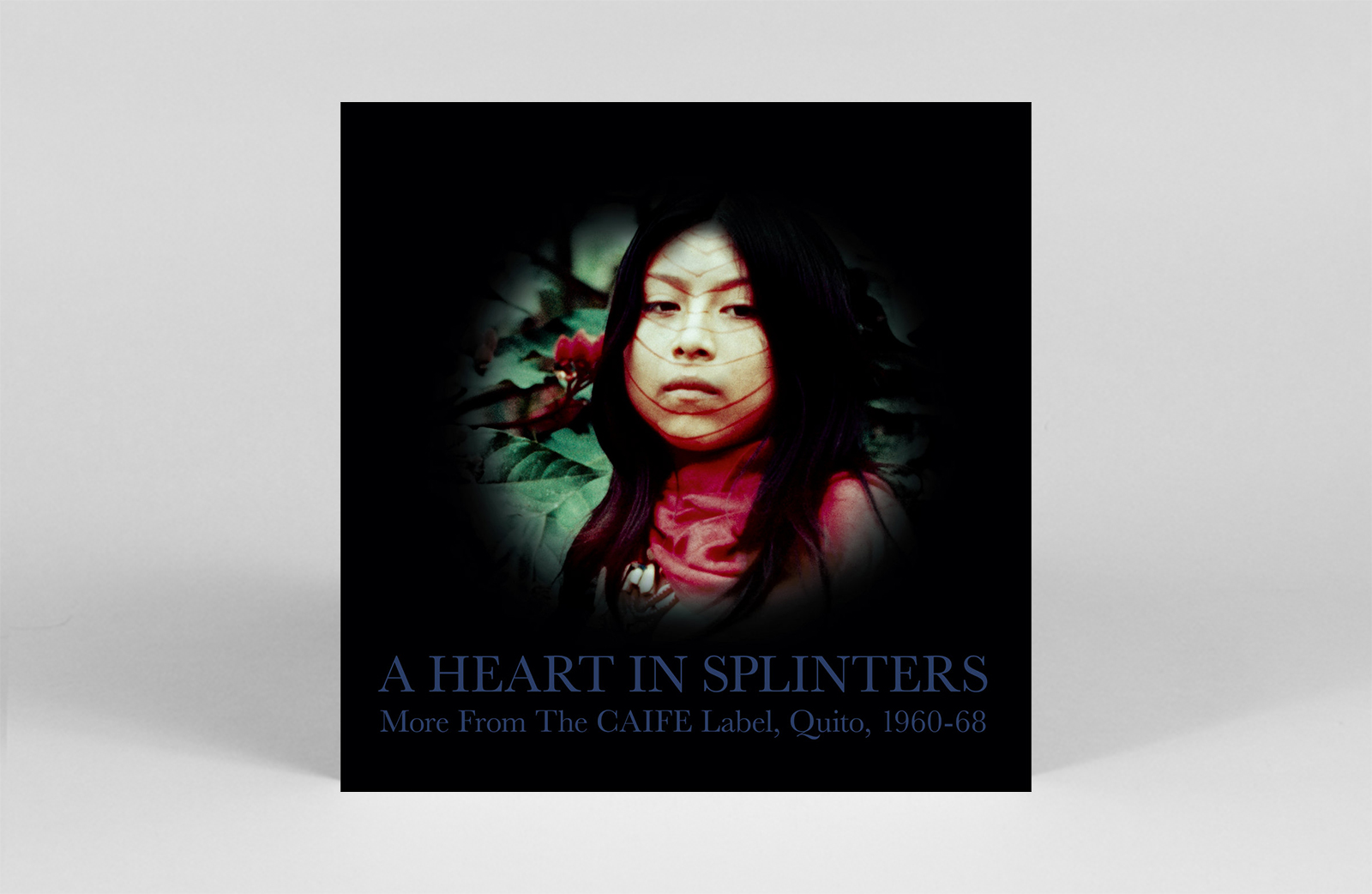 A Heart In Splinters

Hot on the heels of their first survey of Carlos Rota’s CAIFE Label and its role in the “golden age of Ecuadorian Music”, Honest Jon’s Records return with a similarly resplendent, second distillation of the label’s back catalogue. As with the first instalment, this set is populated by the vibrant musicianship and personalities of those who recorded for CAIFE during the period, with the selection shining a particular light on the talents of female vocalists and musicians such as Olga Gutierrez, Gladys Viera, Lida Uquillas, and the Suasti sisters. The result is back-to-back sentimental reveries that are buoyed up by strings, keys, drinking and dancing. – JH 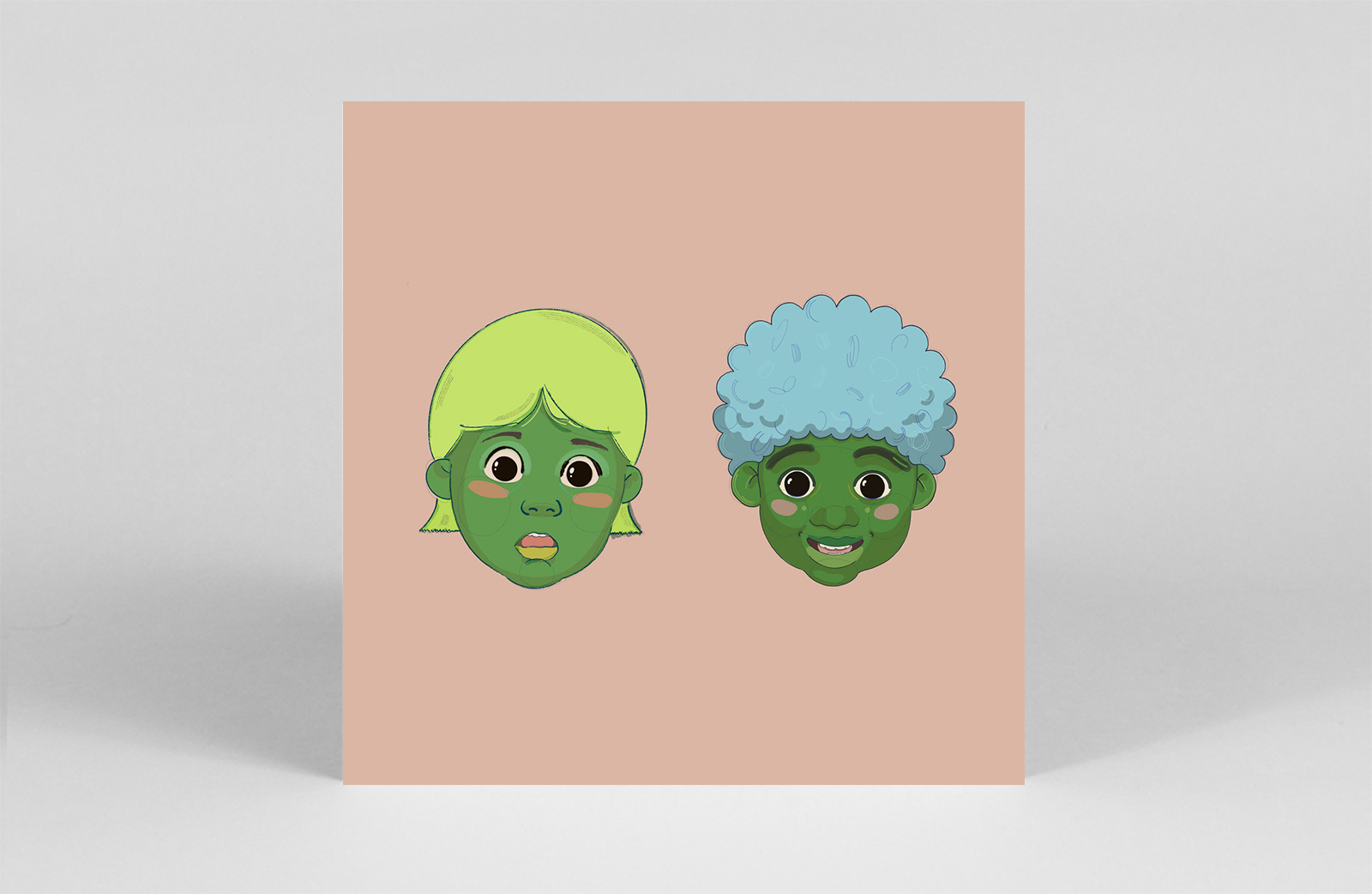 Recorded across London and Freetown between 2019-2021, Duval Timothy and Rosie Lowe looked to their shared love of choral music to craft Son Gently guiding the genre into more modern horizons, the duo combine vocal experimentation with field recordings, and warm electronics. The resulting album radiates with warmth – wholeheartedly welcoming you into its jazz-dappled world. — LR 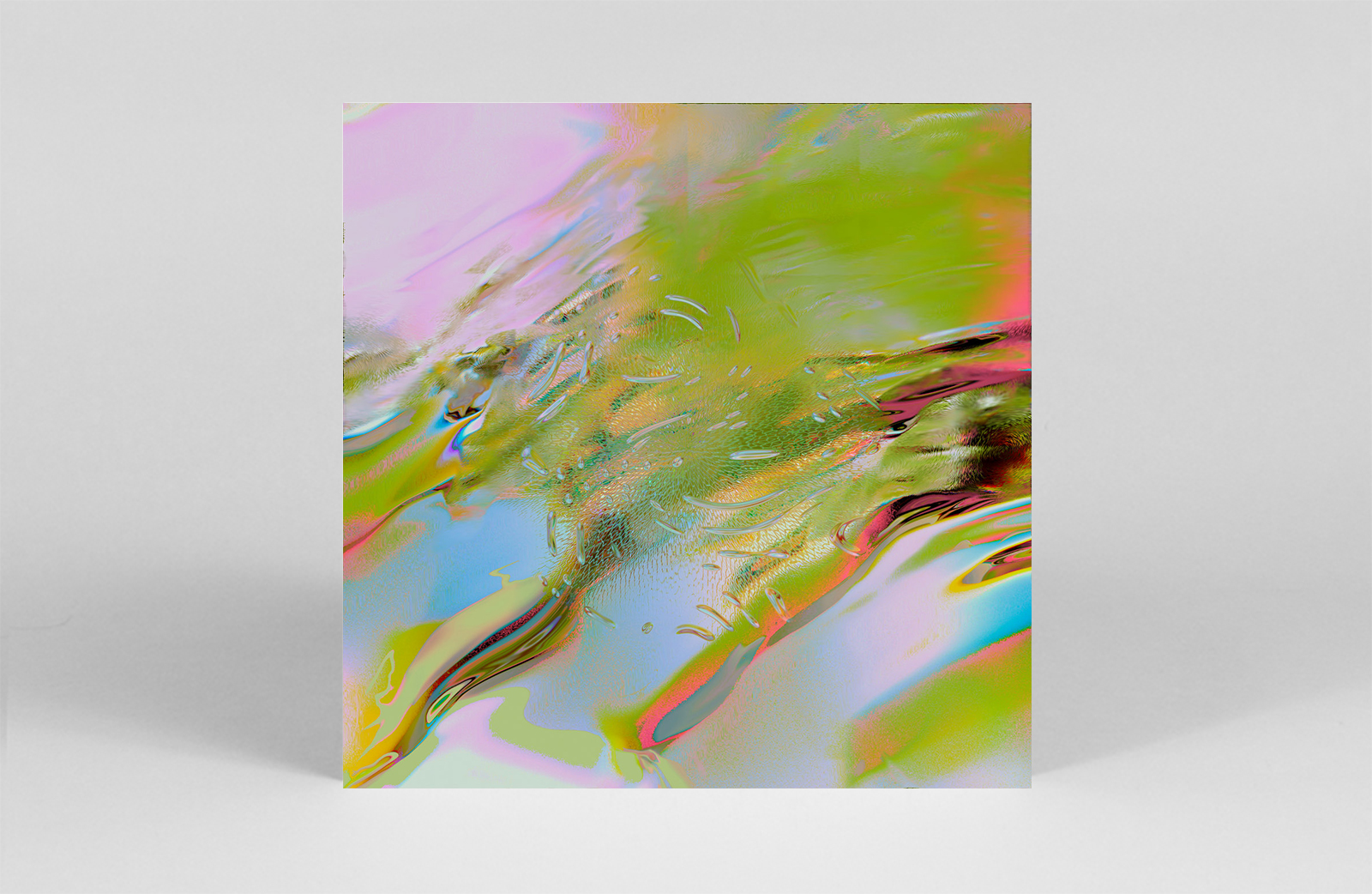 I Own Your Energy 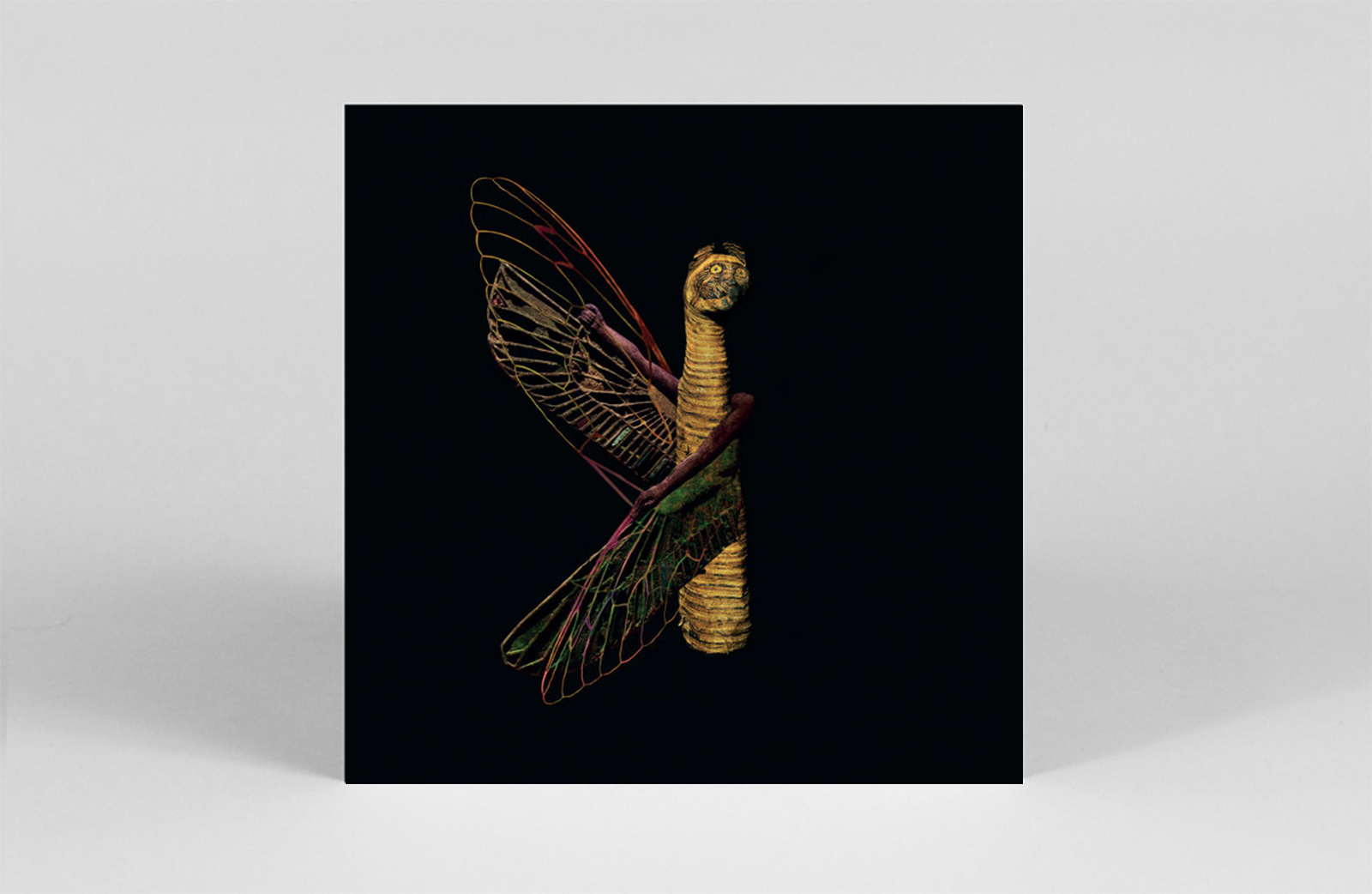 Gathering custom made instruments and a collective of musicians with a gift for improvisation and expanded techniques, Saet El Haaz is a spellbinding journey through Maurice Louca’s craft. Guitar, trumpet, double bass, cello, harp, percussion- the acoustic instruments employed sound familiar enough, yet as these six movements progress, they seem to vibrate into a place that’s outside of convention. A stunning set of highly nuanced interplay where tuning, texture, risk and imagination push out towards an expanded compositional field. – JH 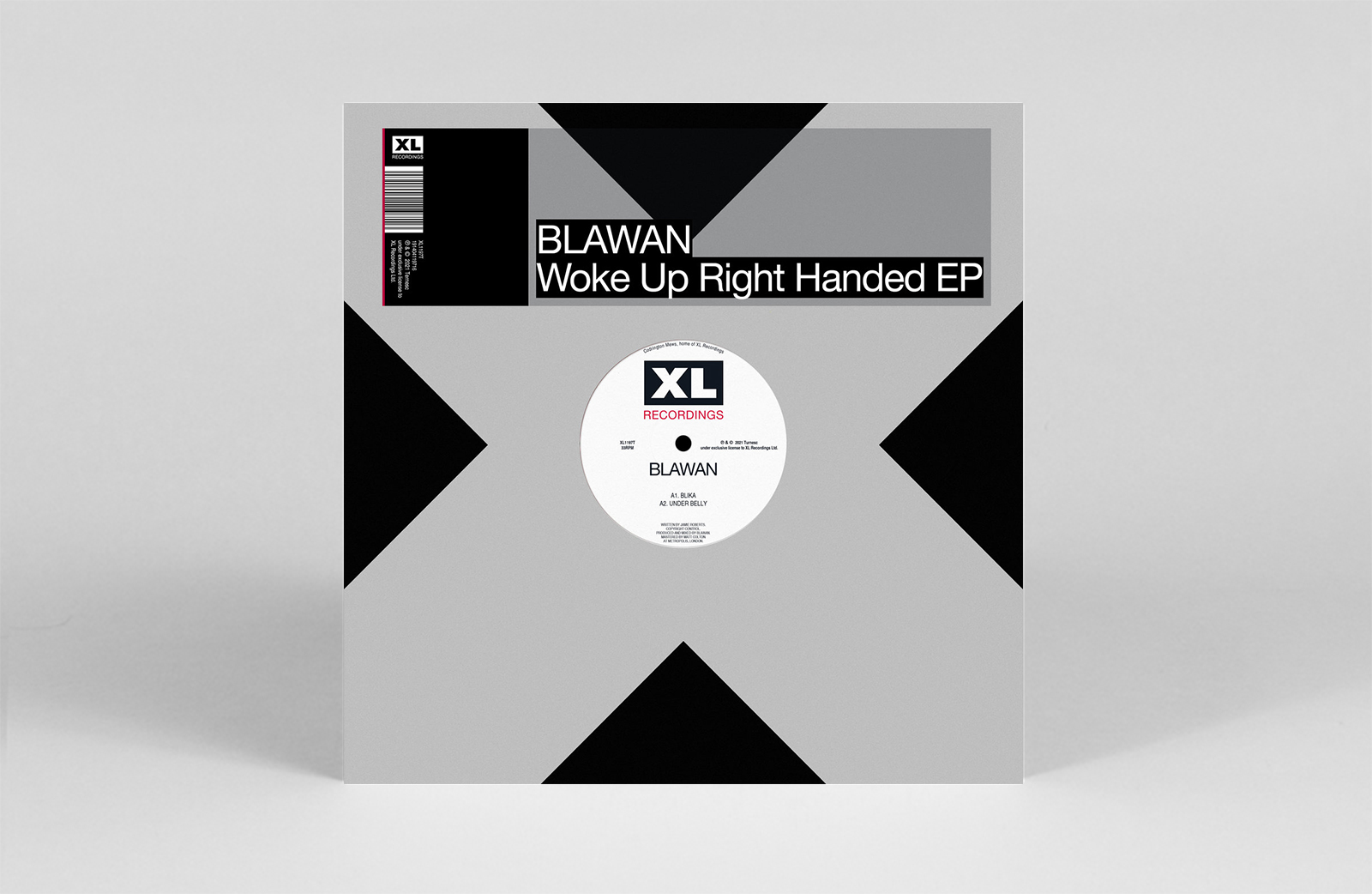 This moody, genre-bending EP marks a new direction for Berlin-based, British producer Blawan, pushing outside the bounds of techno. Opening track ‘Blika’ sets the tone like an apocalyptic, syncopated monster – featuring distorted vocals and percussion layered over a heavy, rolling sub-bass. The remaining tracks continue the polyrhythmic descent into a hazy, disoriented underworld. Not for the faint-hearted, literally – I can feel my organs rattling inside my ribcage, desperate to emancipate themselves. Serving suggestion: consume on a powerful stereo system in a sweaty concrete bunker. – AW 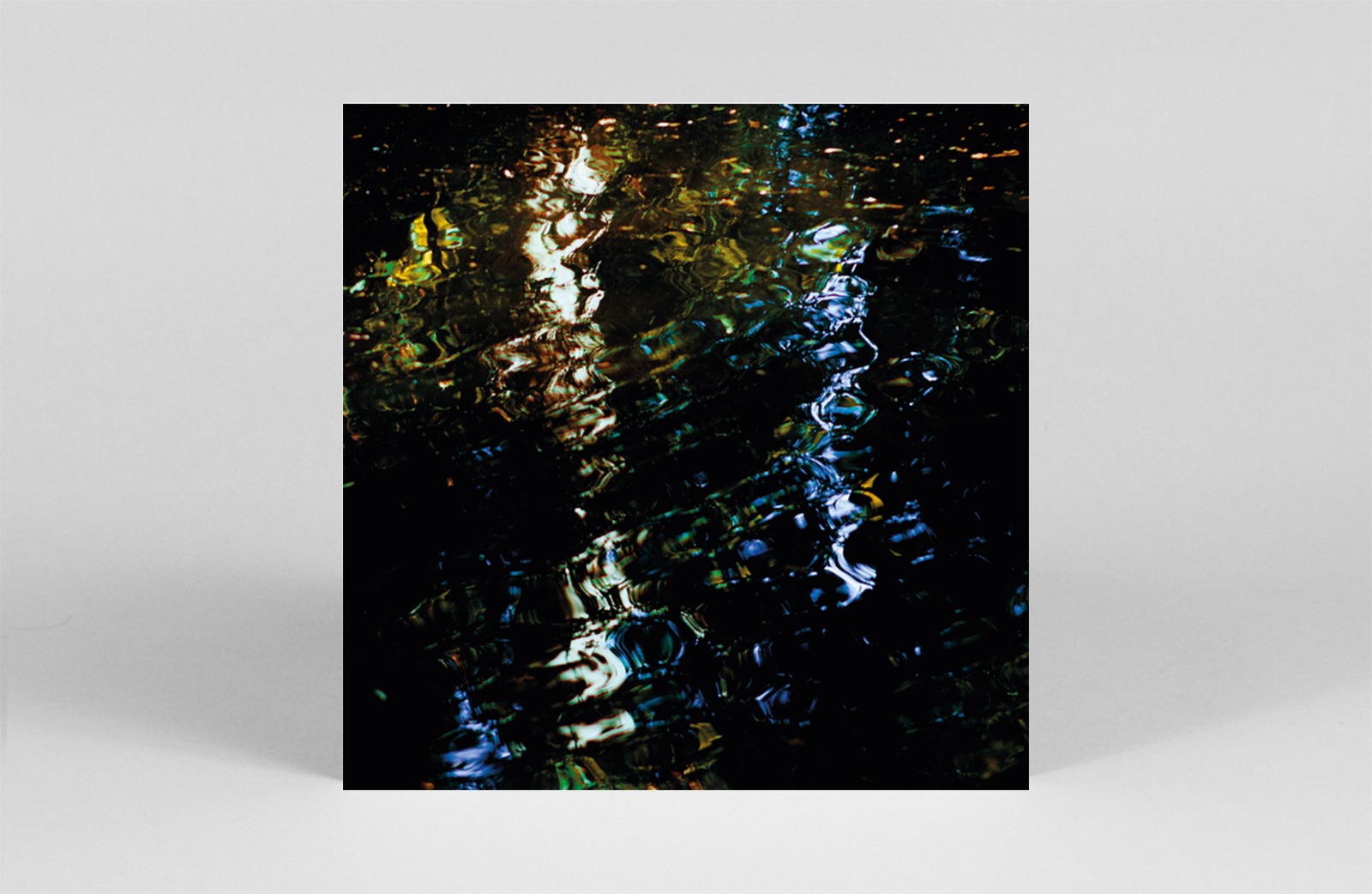 Berlin-based sound artist and field recordist Jake Muir joins the ranks of Ilian Tape with Mana, a ten-tracker of illbient-influenced, audio sensuality. Akin to a modern sculptor, Muir cuts and blends dubbed-out drone, a hip-hop sensibility and broken percussion. The album transcends beyond ‘just’ inhabiting electronic music worlds; there is a drive of emotion and feeling between each chord progression. Things kick off with ‘Tonic’ an atmospheric number, which invokes a clear sense of tranquility, whilst the crackling electronics of ‘Cauldron’ bubbles into bliss. – EH 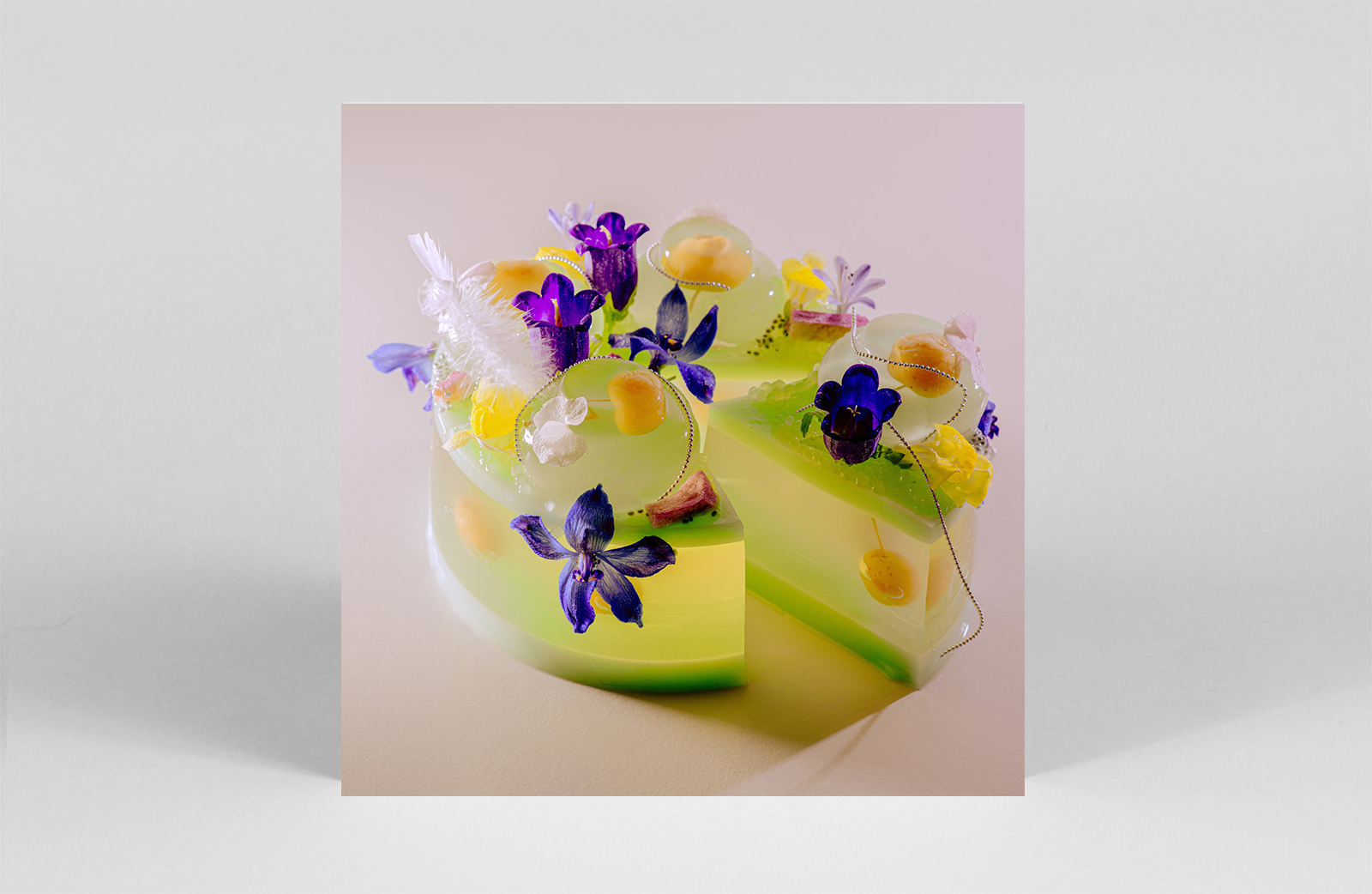 In The Sweetness of You

Further honing her dreamily low-slung, balmy-synth-led house, Logic1000 returns with In The Sweetness Of You. Case in point, its first single ‘What You Like’ wraps the whispers of yune pinku around a soothingly bubbling hook. Elsewhere, ‘Just Calling’ channels tinges of Detroit house, while ‘Natural’ zips the pace up around stuttering vocal snippets, Finally, its closer ’21’ stills the show, thanks to its acid-tinged loops and wind-like rushes of synthesizer builds. The kind of EP you want to listen to during late nights and early mornings, Logic1000 delivers on its promise, bringing a sweetness that never becomes saccharine. – GH 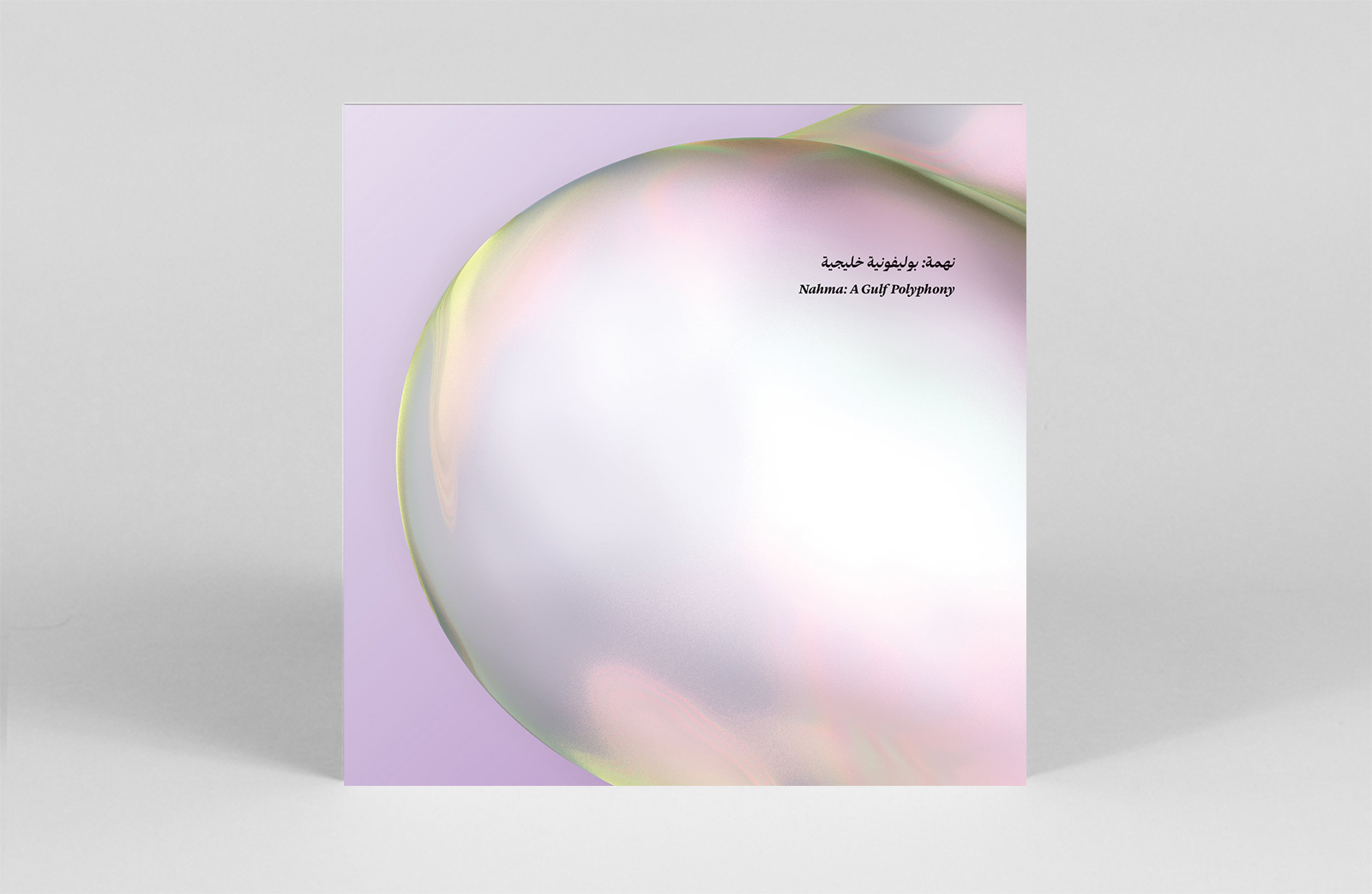 While pearl diving was once a lucrative — and dangerous — business, the invention of cultured pearl farms in the early 1900s led to its decline. However, FLEE’s latest compilation, Nahma: A Gulf Polyphony, looks back to the storied tradition, aiming to honour the free-divers through original recordings of pearl divers alongside contemporary compositions. Mining this fruitful theme for inspiration, Ben Bertrand sculpts glacier ambient, Joakim remixes original recordings, and YPY explores rhythmic percussives and trance-inducing vocals. The 2xLP compilation is also accompanied by a 240-page art book. — LR 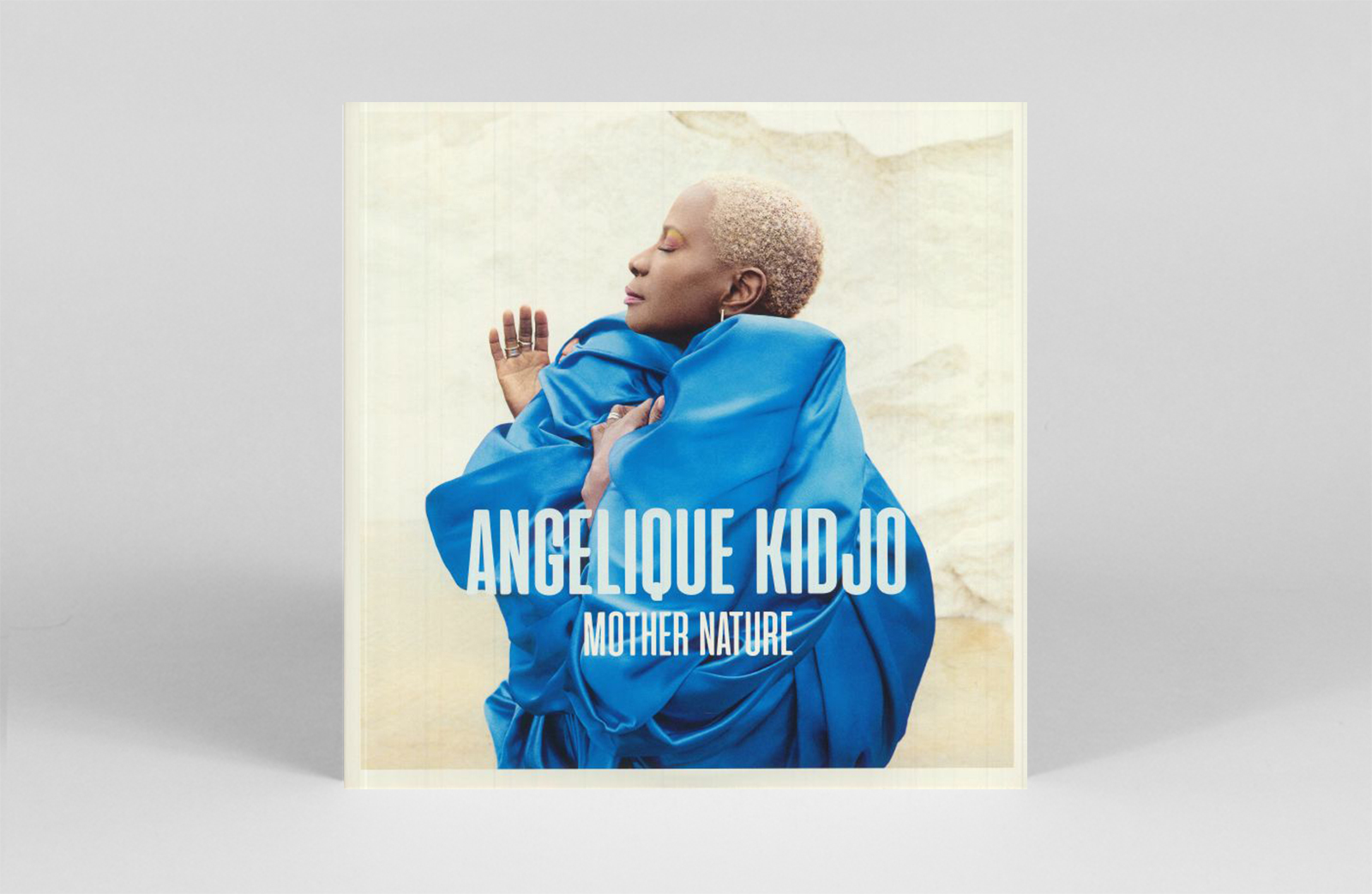 Veteran Beninese musician and activist Angelique Kidjo returns with a blinding collaborative album, joining forces with fellow pioneers Salif Keita and Yemi Alade and some of the biggest names in Afrobeats and hip-hop – including Burna Boy, Sampa The Great and Mr Eazi. While one might expect such a line-up to verge on commercial saccharine, only a few songs stray into this territory. Instead, for the most part, traditional West African rhythms and sounds are wonderfully woven into modern Afrobeats, acoustic guitar riffs, and string arrangements – all the while pushing powerful messages such as protecting the environment, disbanding the Nigerian Special Anti-Robbery Squad, and celebrating their diverse ethnic heritages. – AW