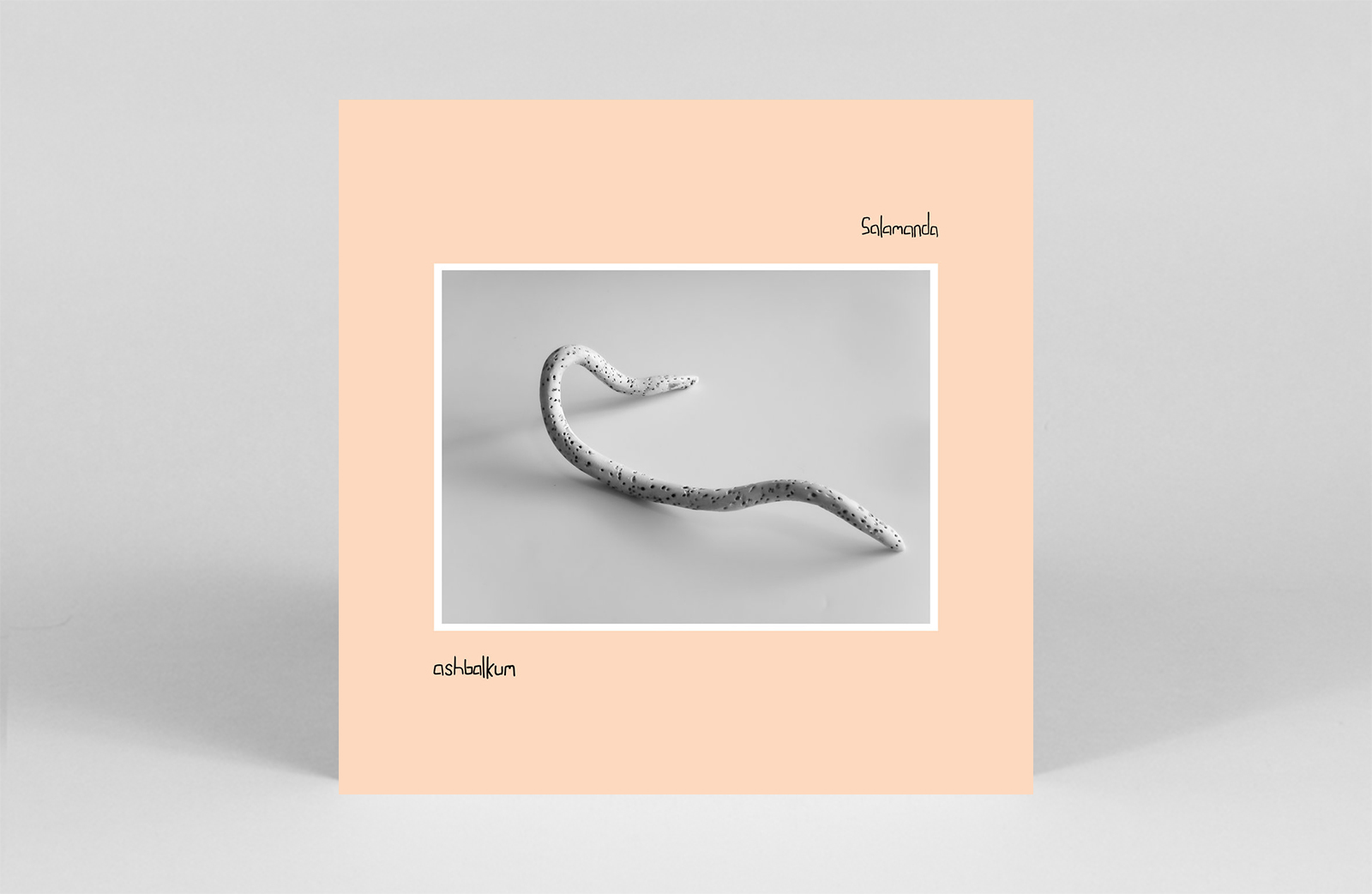 Conjuring a beguiling electronic dreamscape that’s equal parts lo-fi house, downtempo, and ambient voyages, South Korean producer duo Salamanda, aka Uman Therma and Yetsuby, unveil their latest long player ashbalkum. Playful percussiveness serves as the framework throughout its 10-tracks, which morph from twinkling electronia love songs to tropical-hued chug to silkily slithering dub, with a deft touch. Written across the summer of 2021, it fittingly reflects the ennui and uncertainty of this time, or, as Salamanda aptly explain: “a portal into unseen worlds, enchanting stasis and laughter in the face of our evolving realities.” — GH 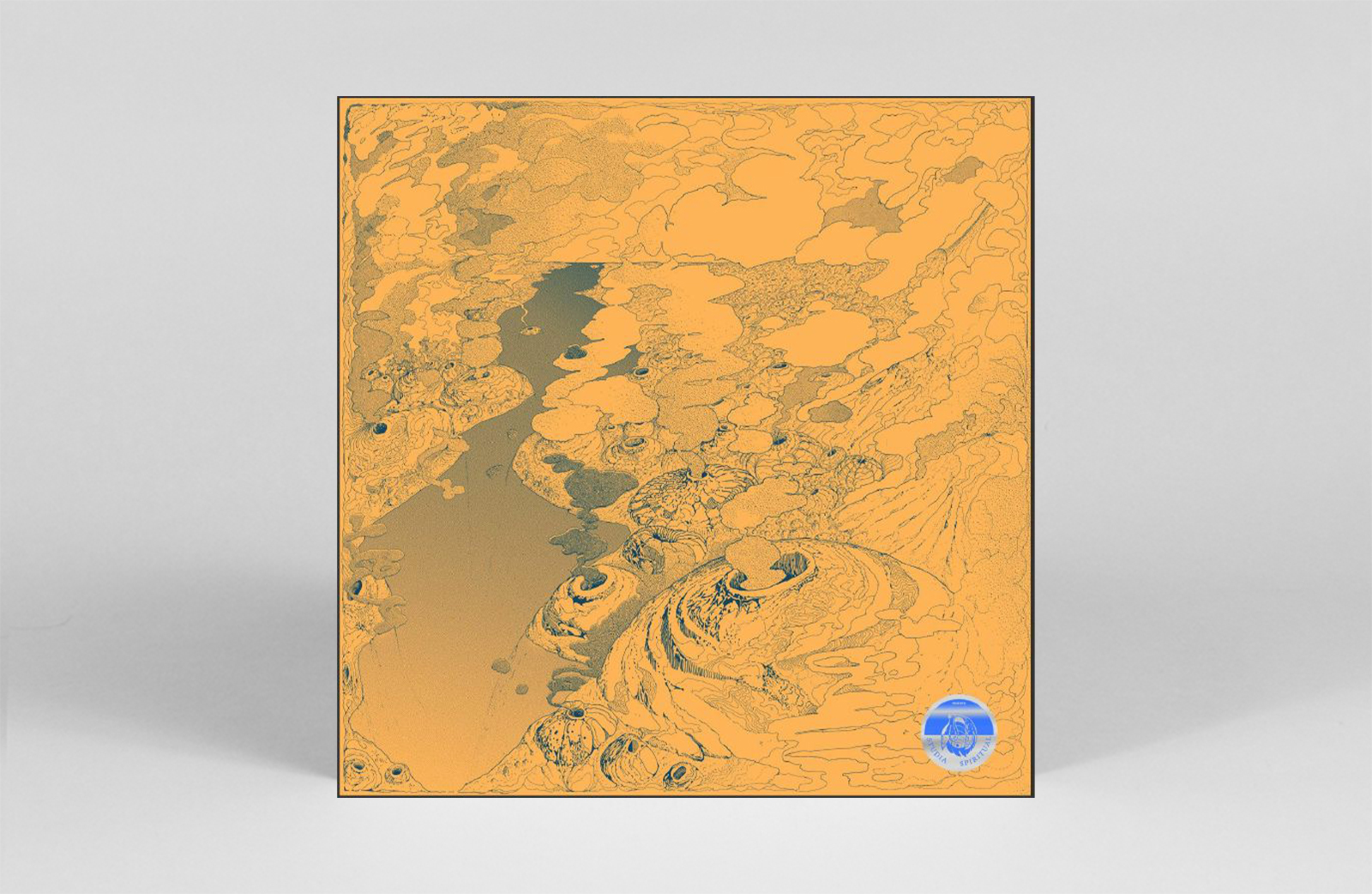 Scottish label 12th Isle, run by three incredibly enthusiastic and talented diggers, delivers another release of experimental oddities to the delight of our ears. Created under the guise of Vasily Stepanov and Vlad Dobrovolski’s S A D project (Udacha/Muscutthe), the duo manipulate, sample and distort old de-magnetised tapes to craft their own iterations. Across its 8-tracks, the sounds contained within bounce from interesting ambiance and sound performance to wonkily shooping chug with the utmost ease. At times, the album even borders on modern classical, with ‘Dobrovlski’s’ ‘Far Above The Ground’ dancing with mythical delicacy, whilst FE’s radiant synth work gives the impression of library music. It is truly fantastic, and a personal favourite this month! – EH 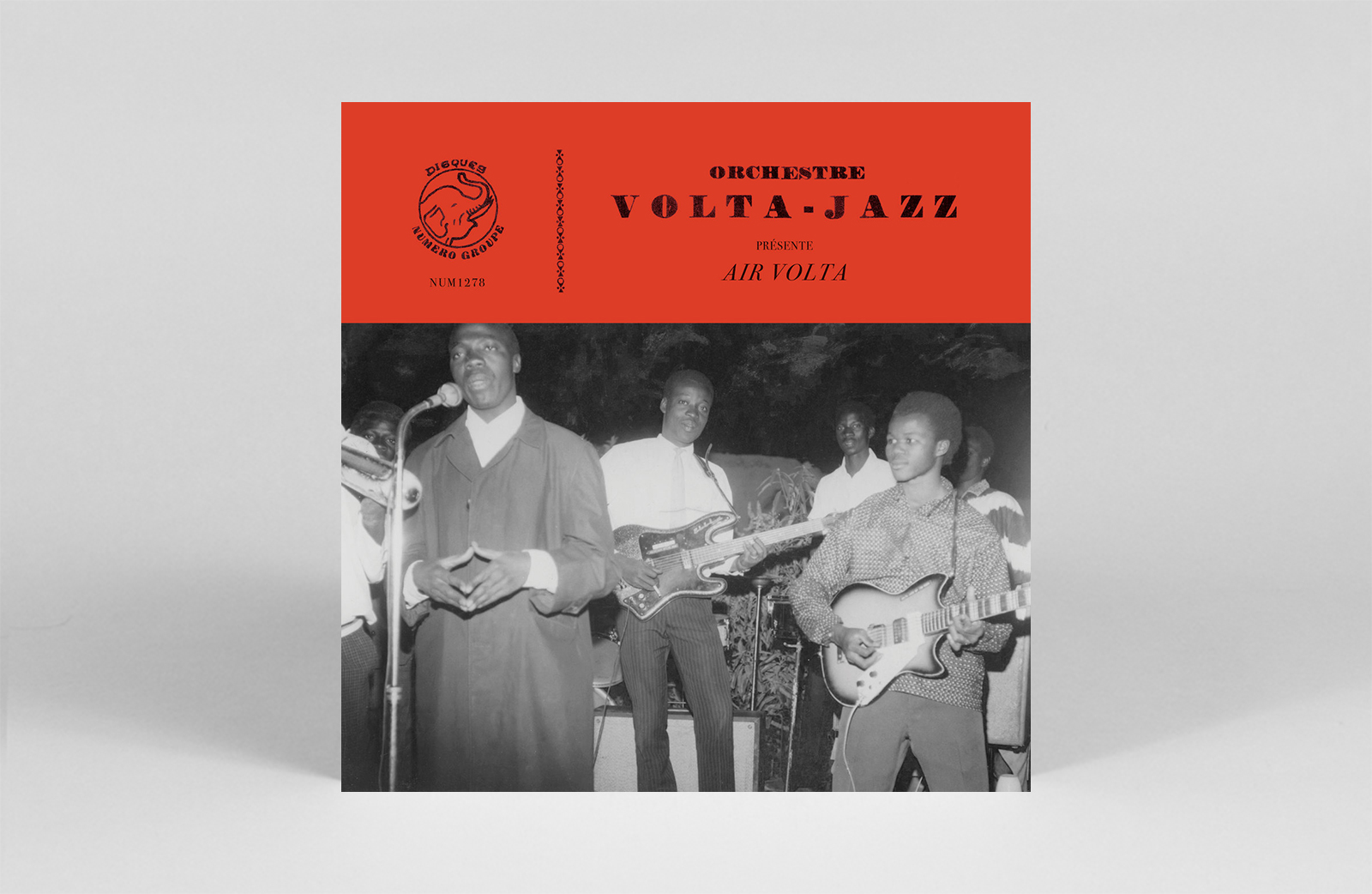 On its latest reissue, Chicago’s Numero Group brings their insatiable musical curiosity to the vibrant musical scene of post-colonial Upper Volta — now known as modern Burkina Faso. Often overshadowed by the musical output of their larger neighbours, Air Volta draws necessary attention to the rich musical traditions of the region. Under bandleader Idrissaa Koné, Volta Jazz created an innovative fusion of Western and African sounds, reflective of this transitional historical period between colonialism and independence. Air Volta is an aural melting pot of ’60s French yé-yé, Congolese Rhumba, and the traditional Senufo and Mandingo, played on jangly guitar and saxophone. Bursting with energy and optimism, this carefully curated reissue places Upper Volta firmly on the musical landscape as a region that deserves further recognition. – AVD 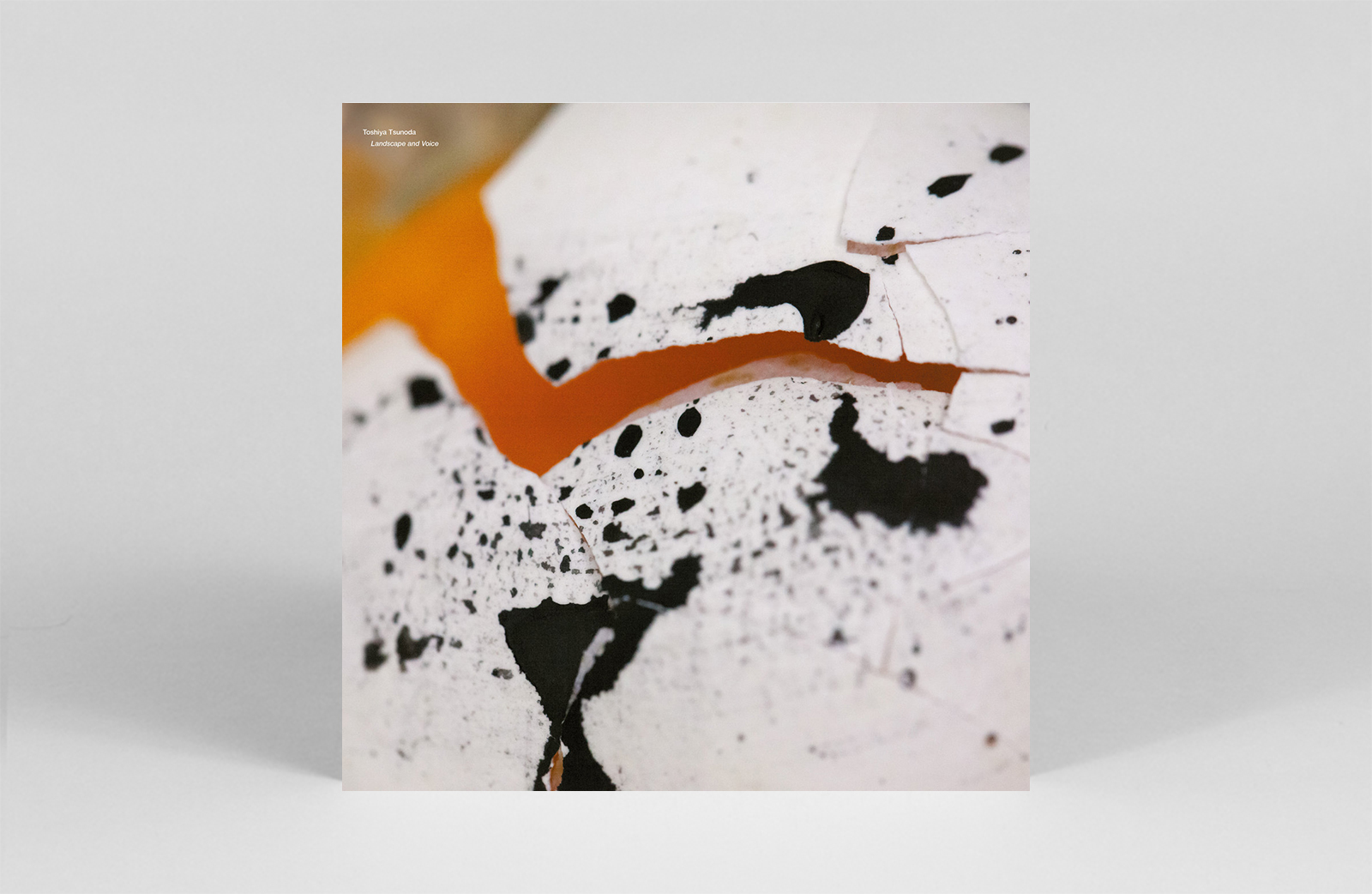 Working from the idea that field recording should be depiction rather than documentation, Toshiya Tsunoda has created a body of work that stays ever attentive to vibration and shifted perceptions. With Landscape and Voice, he incisively cuts into the sounds of different locations, looping micro-samples of these environments and playing them alongside looped fragments of speech. These forceful interjections can be challenging at first, but as the pieces move on, the temporal glitch brings its own sense of emergence as vowel sounds and speculative consonants begin to fuse. Radical work from one of field recording’s most intriguing voices. – JH 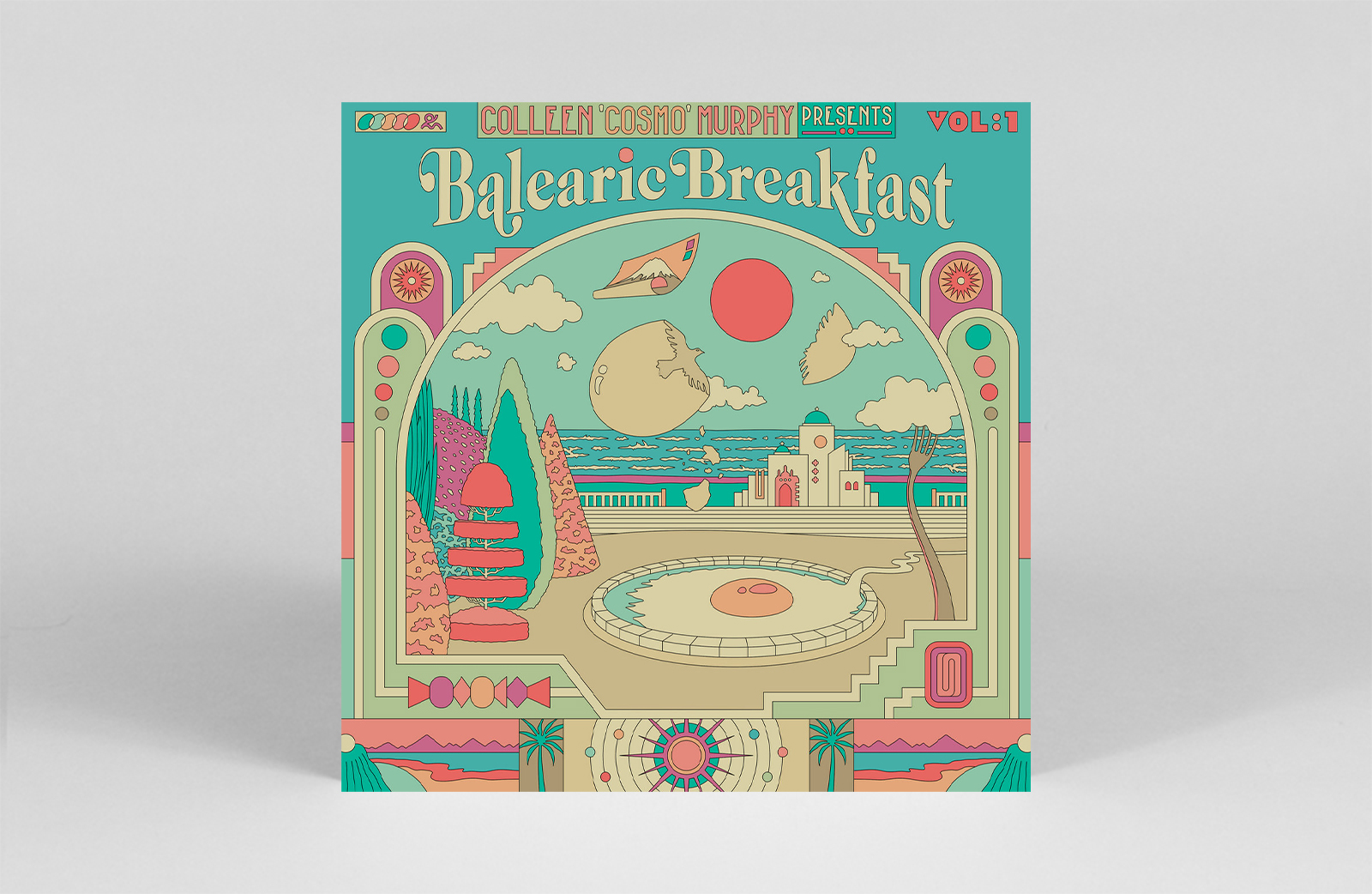 With a pedigree such as hers, we expect great things from Colleen ‘Cosmo’ Murphy, and she delivers wholeheartedly with this debut compilation based on her popular radio show. The ‘Balearic’ genre is amorphous – given its name is derived from the islands off the coast of Spain, it’s more like music of a geographical mindset than a specific style. Think ’80s-’90s electronic nostalgia, Mediterranean summer holidays, hedonistic nights of dancing followed by golden sunrises on the beach. It’s good to see the compilation start off with an 1989 track from an actual Spanish act, Joan Bibiloni – before we venture into mainly modern interpretations of the genre from around the world, including Friendly Fires, Mildlife and Lady Blackbird. – AW 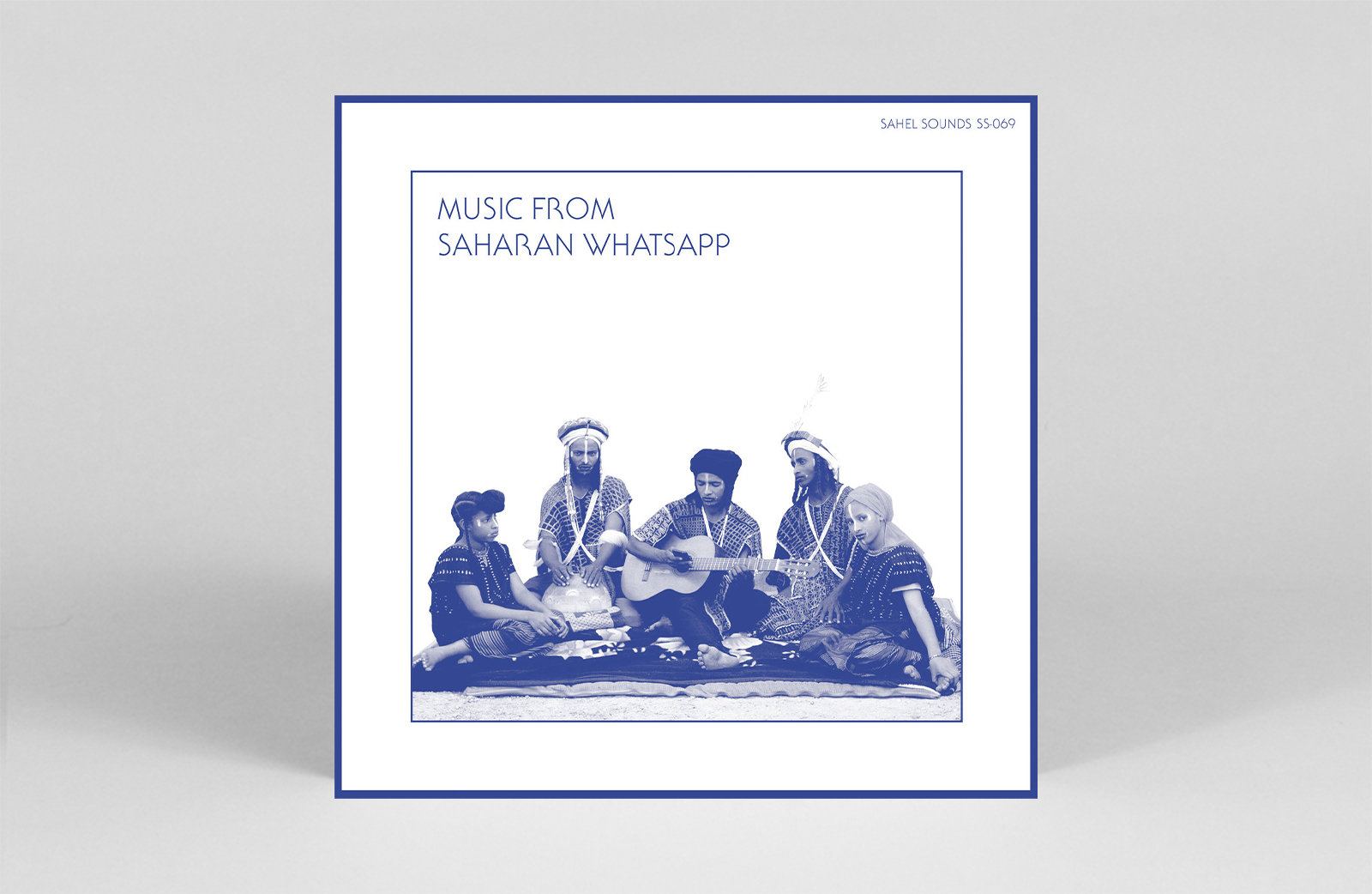 Sahel Sounds are no strangers to unearthing gems from across the North African diaspora, and the label’s Music from Saharan WhatsApp project was no exception to this. Launched in 2020, SS put out a call to artists and collaborations, who recorded tracks on their phones, delivered, as the name suggests, via WhatsApp. Each session lived on Bandcamp for one month, before being replaced by a new instalment. SS’s latest compilation, appropriately titled Music From Saharan WhatsApp, collects highlights from the project, with familiar artists alongside newcomers alike. Despite the stagnation and strangeness that was 2020, across its 11-tracks, the release serves a teleportive sonic portal. When the world became suspended in the blink of an eye, trust in music, and Sahel Sounds, to take you places instead. – GH 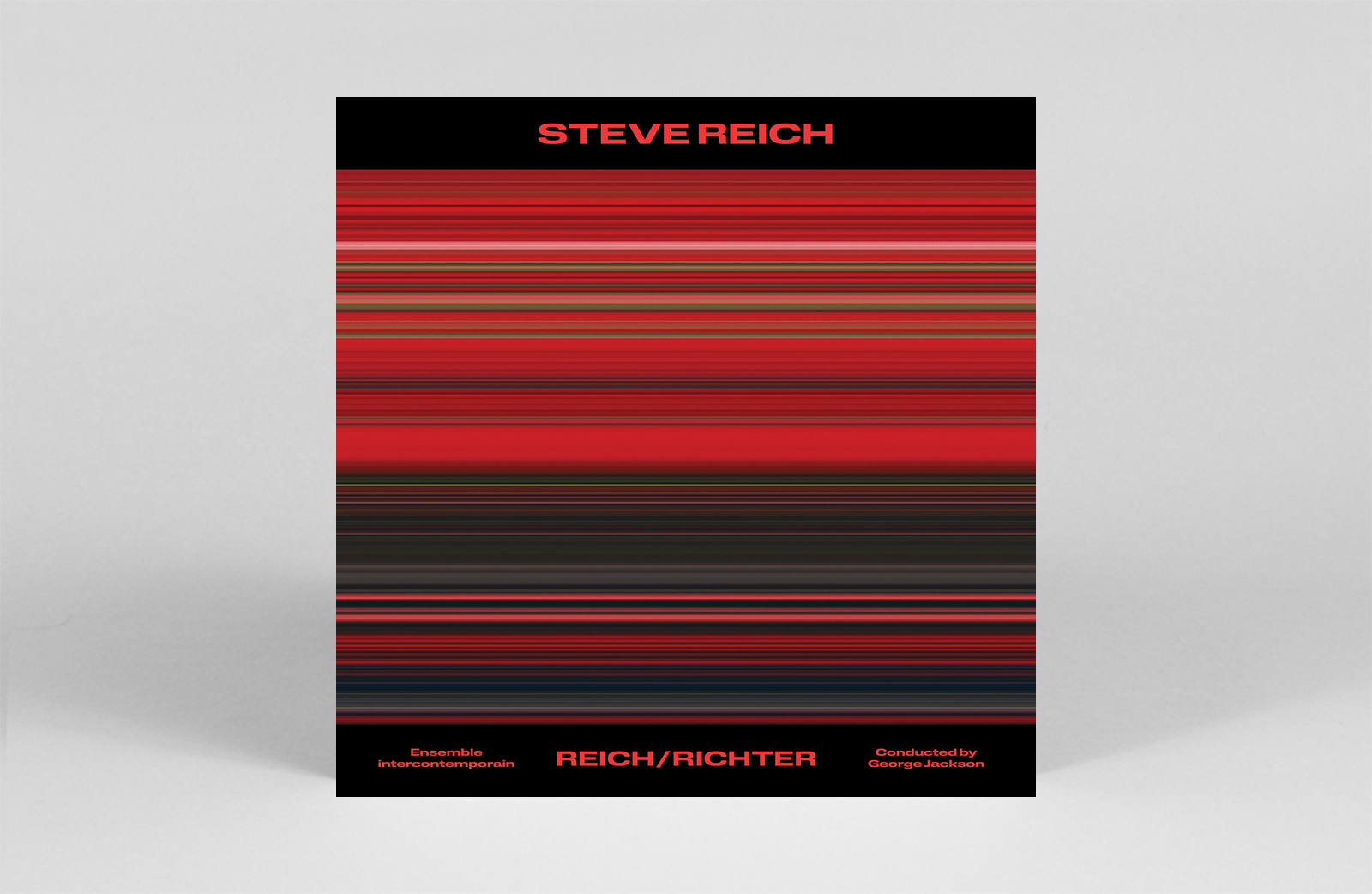 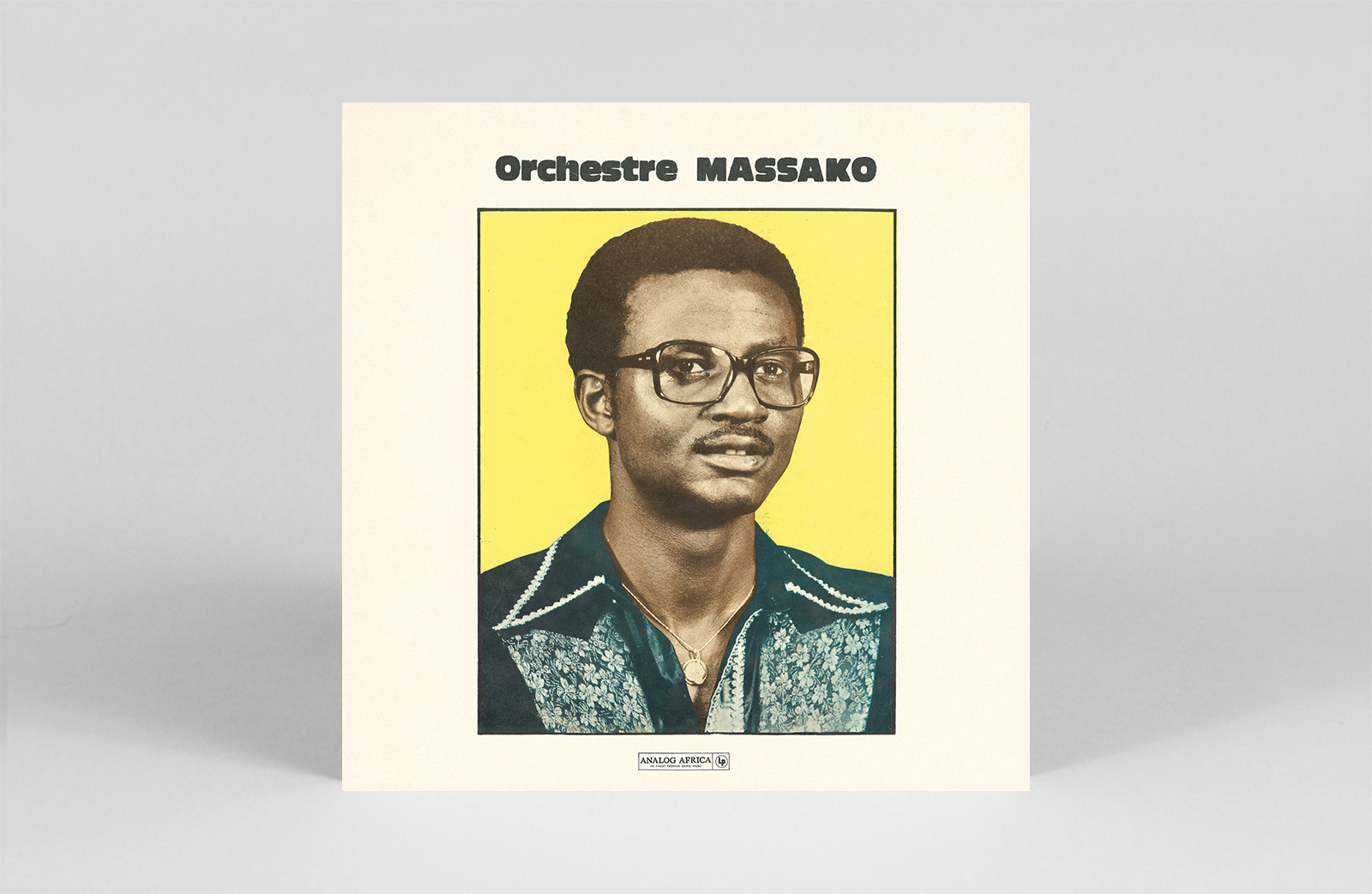 In the spirit of Orchestre Massako’s dance floor moving reputation, this survey of their ’70s and ’80s discography hones in on some of their most propulsive and groove laden efforts. As a celebration of the group’s infectious energy and the legacy of its founder, Mack Joss, these tracks effortlessly side-step fatigue with rumba and highlife stylings, call and response dynamics, and the ability to neatly craft out space for some equally propulsive solos- be it on keys, brass or guitar. With the vocal leads alternated between Joss and Amara Touré, this is a worthy encapsulation of a legendary Gabonese group. – JH 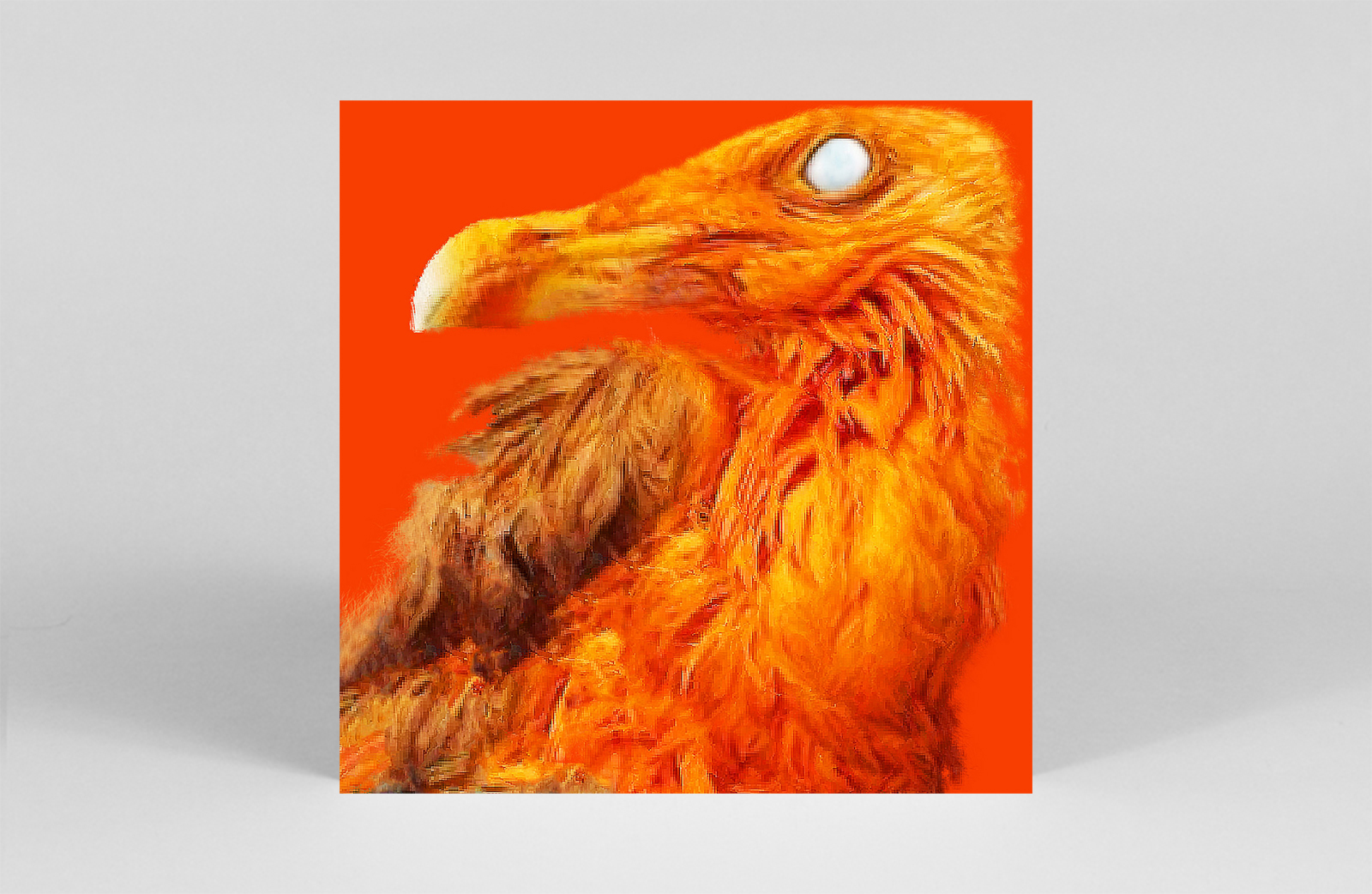 These days, Tresor is hardwired to deliver the ultimate high-brow experience of electronic music, delving into sounds from hardcore heavy weight techno through to the more experimental realms. Its latest slice from Torus is truly a piece of art. 333 mirrors’ four tracks culminate as a continuation of the project ‘The Cars Do Not Exist’, made in tandem with videographer Mark Prendergast. The EP explores the sonic realms of ambient music, pushing each composition to its limitations exploring tools of silence and interruption to simulate the feelings of being uncomfortable. Using sound to construct an imagined industrial space, inviting you in for the ride. – EH 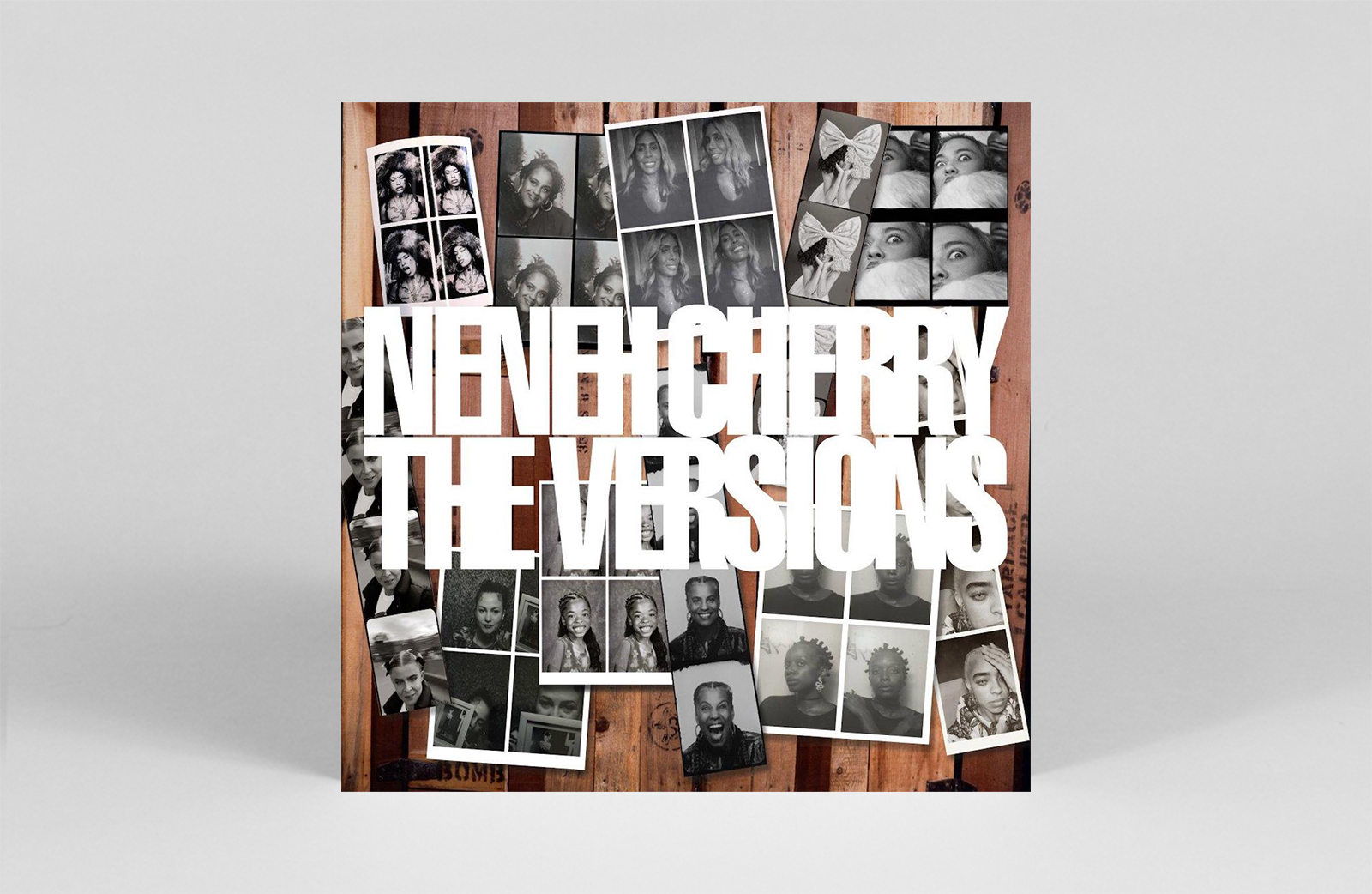 Welp, the guestlist on this reinterpretation of Cherry’s classics is eye-watering – from established superstars to rising ones. And they do not disappoint. Neither do the producers who maintain the stylistic essence of the original songs; not pushing their own agenda but instead paying humble tribute to Cherry’s impact on musical history. Robyn’s voice lends a sultry tone to a laidback “Buffalo Stance”, while Jamila Woods channels Erykah Badu attitude on “Kootchi”. Even Cherry’s daughter TYSON appears on “Sassy” with a jazzy RnB version. Simultaneously familiar yet fresh, it’s a masterclass in A&R matchmaking and how to revitalise music. – AW